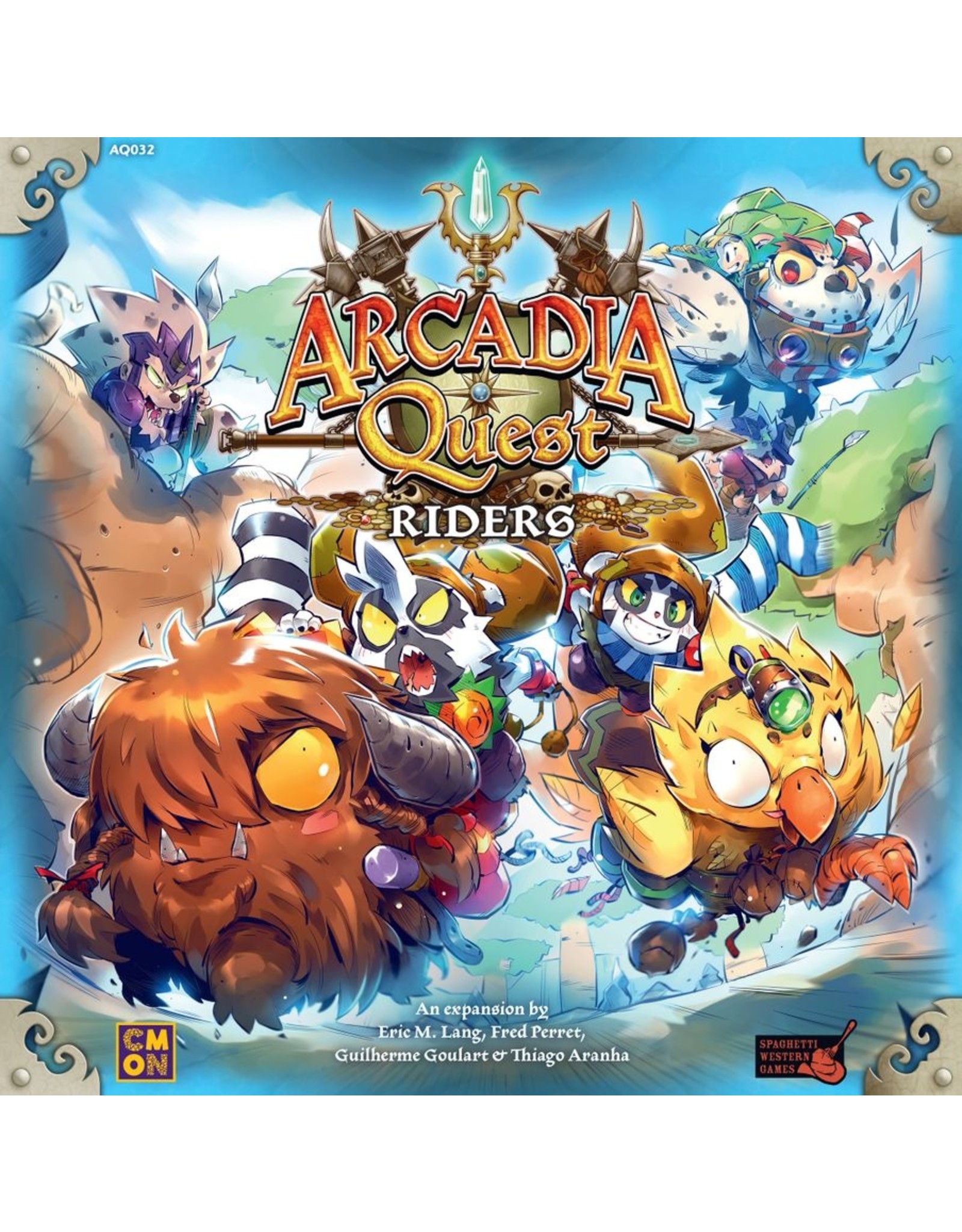 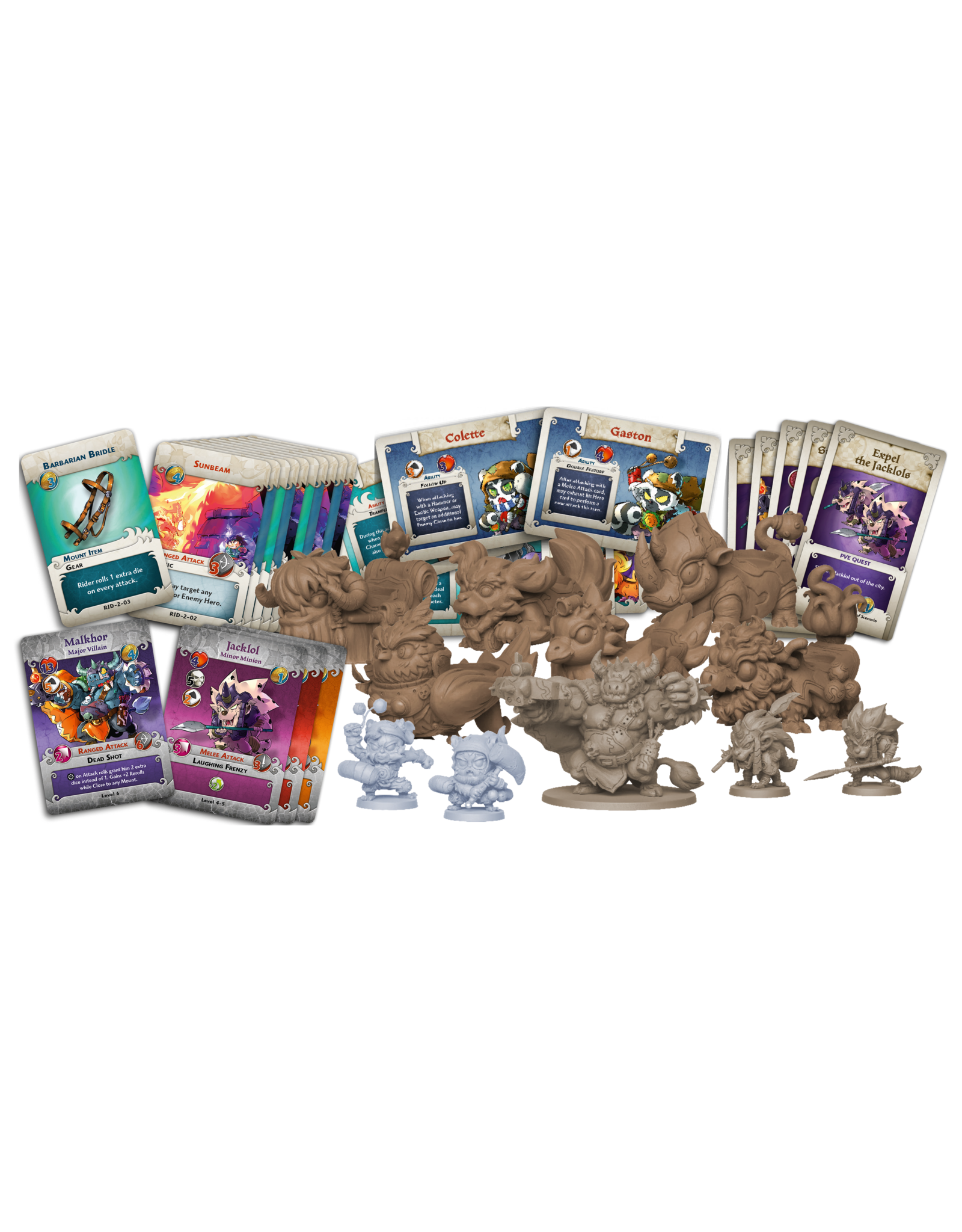 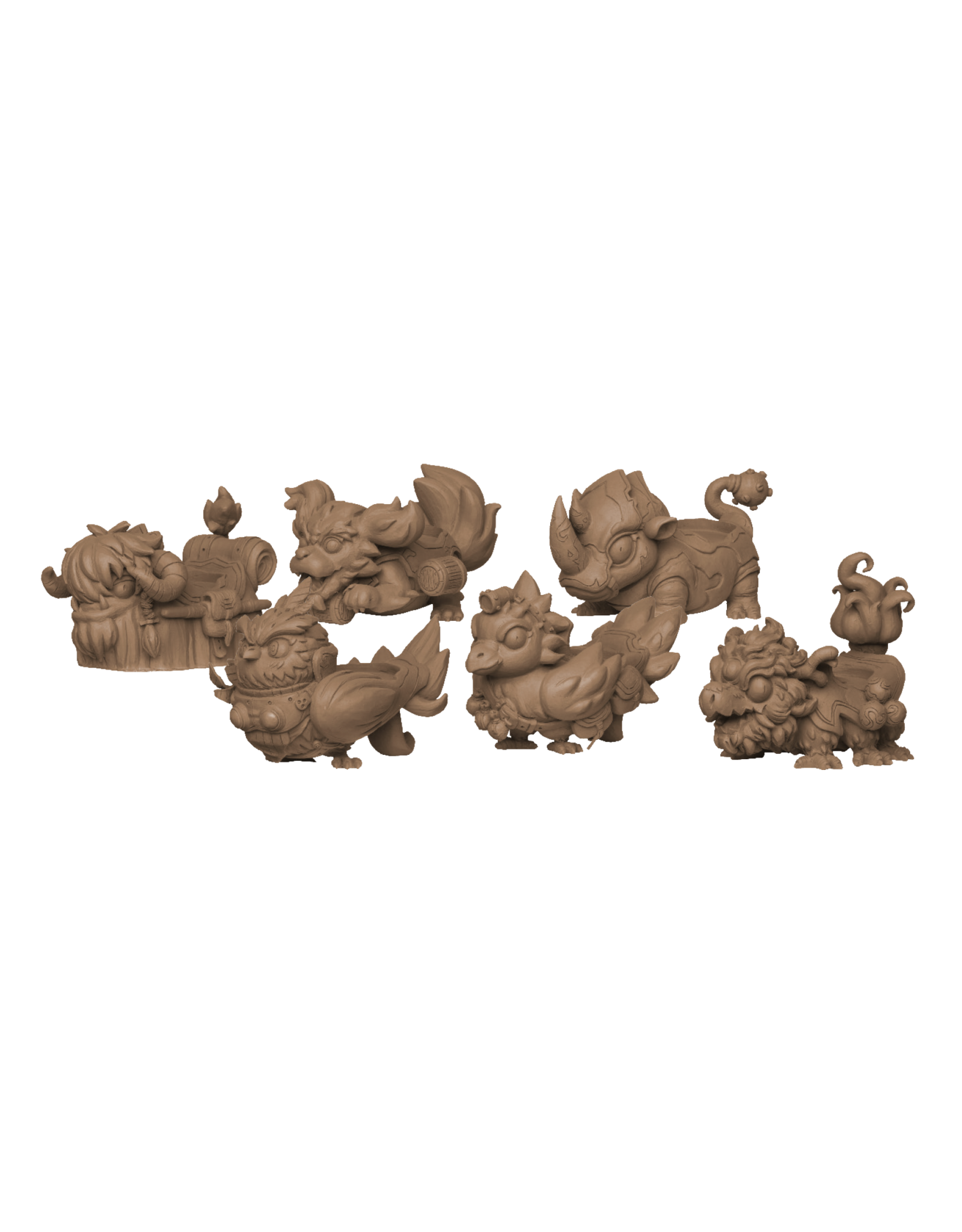 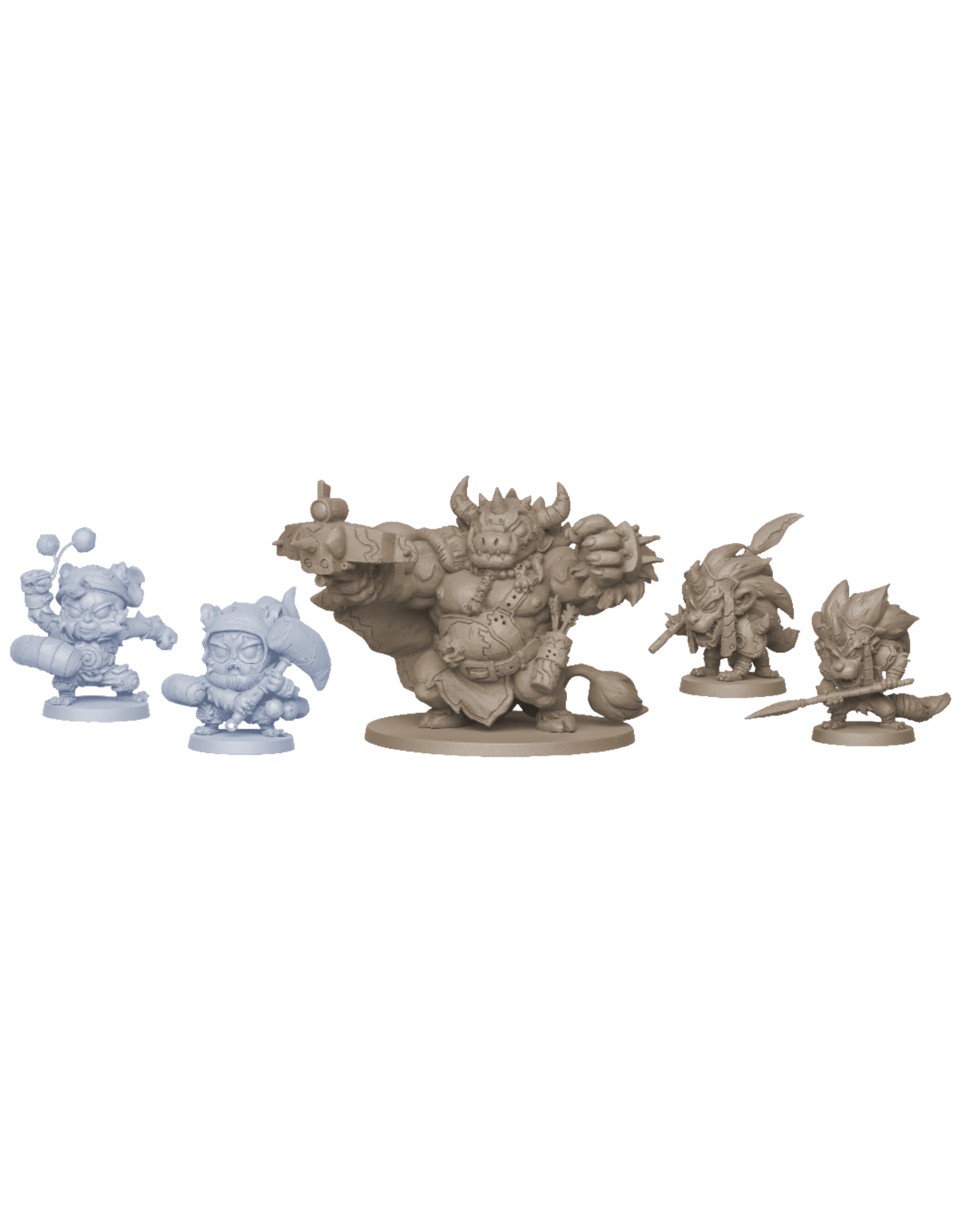 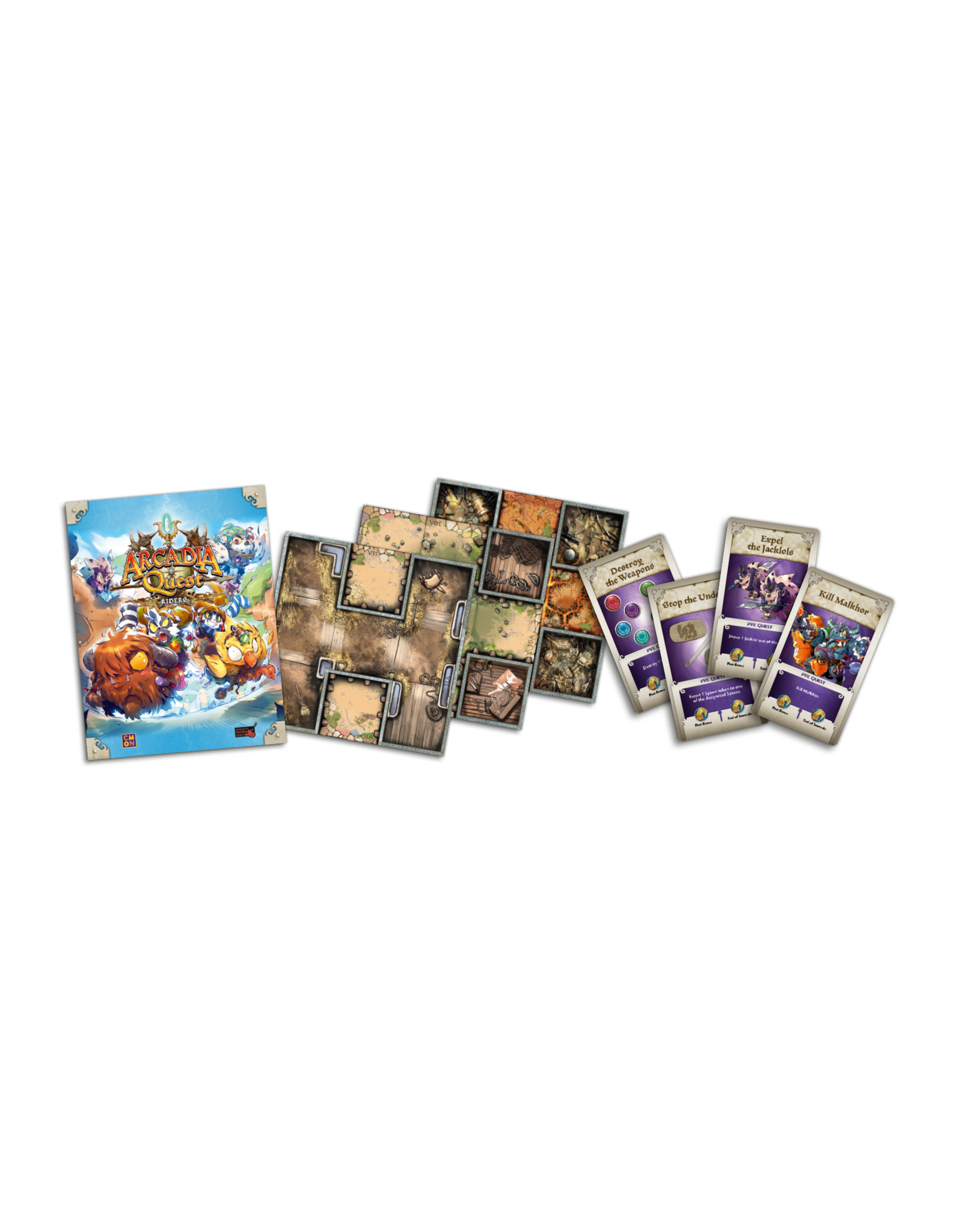 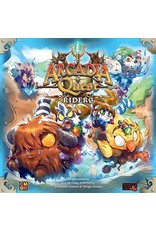 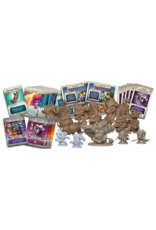 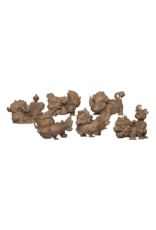 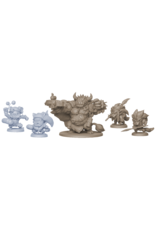 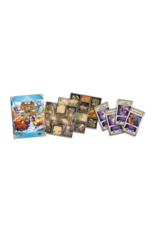 Something Big Is Coming To Town

The fields and plains around the city of Arcadia were once the home of huge, majestic beasts. But as the land has become more arid, the beasts have been on the move... right to the center of town! However, they haven’t come alone. Malkhor, a hunter of legend, is tracking them, looking to add some new trophies to his wall. How will the Guilds in the city manage this new problem?

Arcadia Quest: Riders gives players the opportunity to harness the massive beasts infesting the city. Players can tame new Mounts and ride them into battle. Each Mount has its own special abilities it can take advantage of, which will grow with them as they level up. Plus, there’s special Mount-only gear to further prepare them for combat. They’ll need all the help they can get, because the set also includes a new branching six-quest campaign that’s compatible with either Arcadia Quest or Arcadia Quest: Inferno core boxes.

* Not a stand-alone expansion - requires a copy of Arcadia Quest to play.