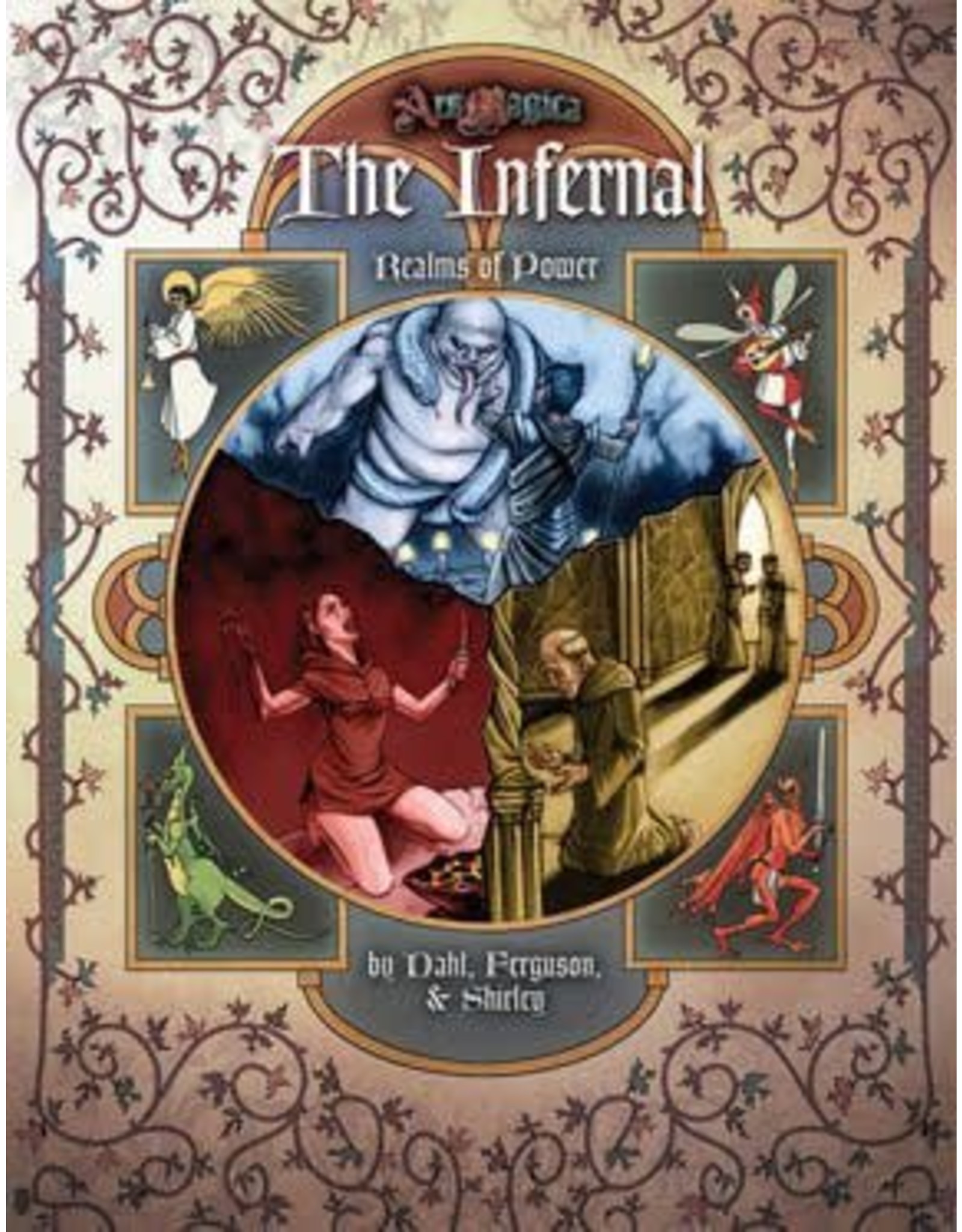 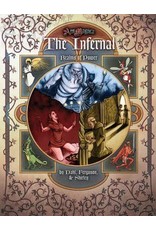 Realms of Power: The Infernal at a Glance

Evil in the Heart of Man: More about Realms of Power: The Infernal

The forces of the Evil One work to corrupt the people of Mythic Europe. Demons corrupt, deceive, and destroy in order to work their way into the hearts of men, both mundane and magi.

Dark magical forces are there for the taking for the magus willing to pay the price. Bring these dark themes to your table with Realms of Power: The Infernal.

In this sourcebook, learn more about the hierarchy of demons and the tools they use to tempt the weak or the power-hungry. Fuel the Infernal powers of your covenant with system elements for Infernal magic, Unholy Powers, and the Goetic Arts.

Use demons and devils as Mythic Companions or adversaries. Join or oppose Infernal traditions. Fight or join the forces of darkness with this Ars Magica sourcebook.