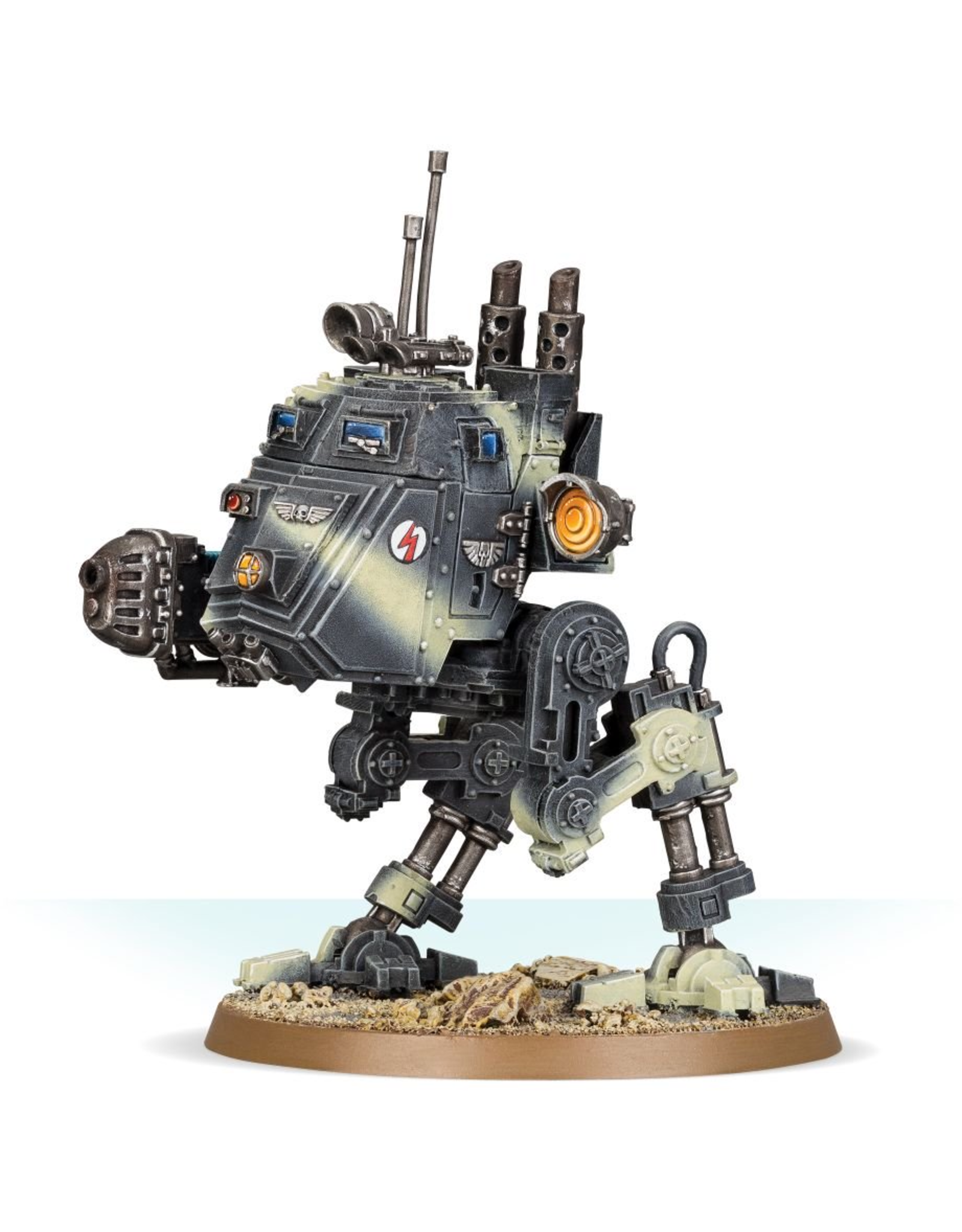 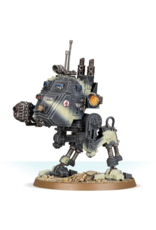 The Sentinel is a one-man all-terrain bipedal vehicle, used by the Astra Militarum where mobile patrols must be mounted across rough terrain, or where firepower must be deployed rapidly in response to a threat.

This set can be assembled as either a Scout Sentinel or an Armoured Sentinel and features fully-articulated legs, allowing for a wide variety of poses. Included are a choice of weapons – multi-laser, heavy flamer, autocannon, lascannon, plasma cannon and missile launcher as well as other optional accessories including a Sentinel chainsword, searchlight and smoke launchers. It also contains two Cadian and two Catachan heads for the pilot, allowing you to really personalise the model.

This kit is supplied in 59 plastic components and comes with a Citadel 60mm round base.