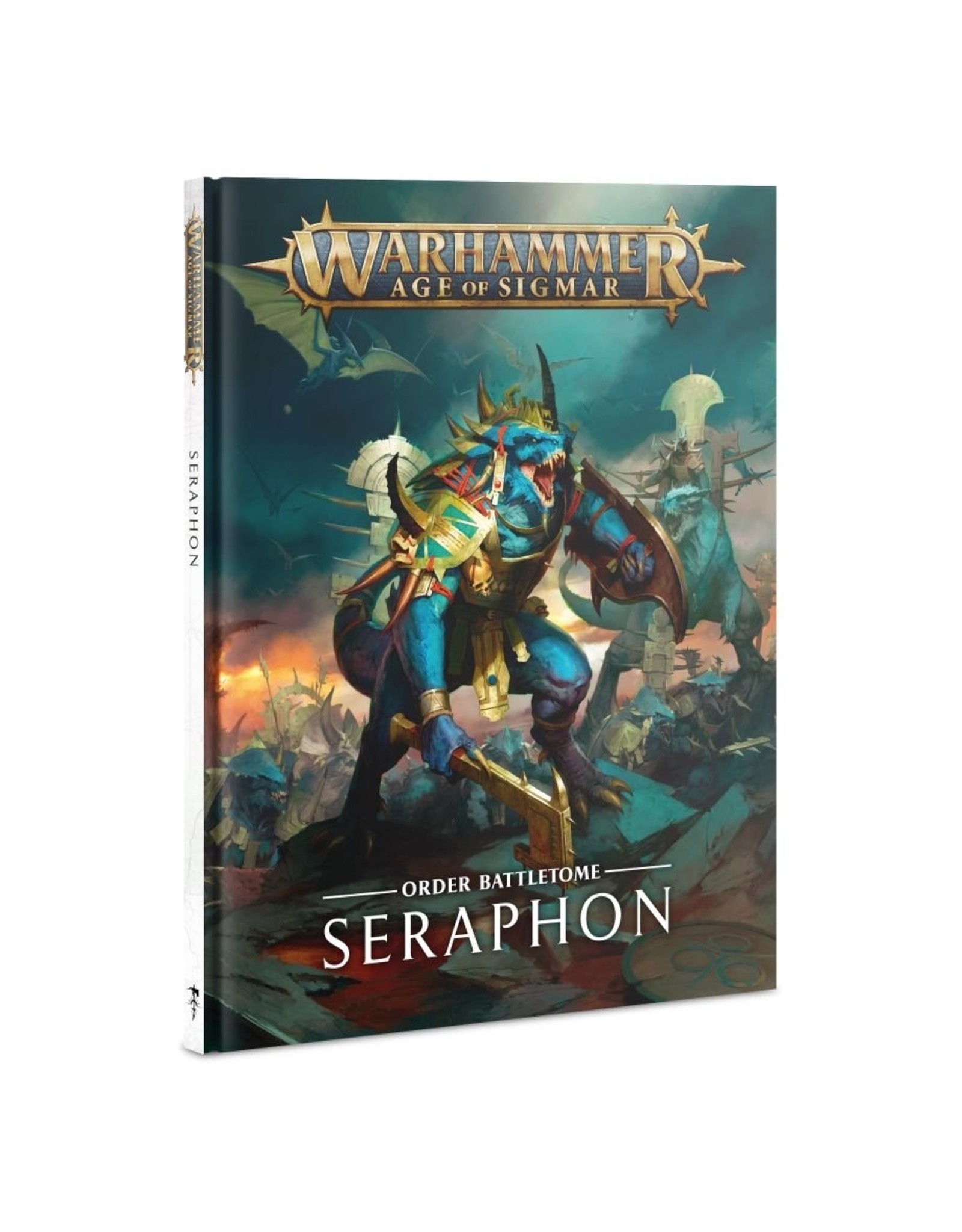 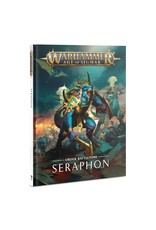 The cold‐blooded Seraphon strive to enact the Great Plan of the Old Ones, their ancient and mysterious creators. They are utterly dedicated to the destruction of Chaos, and will show no mercy to any who stand in their way. Commanded by the slann, cohorts of brutal saurus are bolstered by swift skinks and towering reptilian behemoths. Those who stand before them soon find themselves met by the unfeeling wrath of the cosmos.

In Battletome: Seraphon, the might of the heavens is yours to command! This tome of rules, art and lore is your complete guide to these avenging lizardmen and their monstrous armies. Discover why the Seraphon came to the Mortal Realms, how their society works, from the celestial beings known as the Starborne to the savage reptilian Coalesced. Learn their lore, get inspired and field an army for yourself with a suite of powerful and thematic rules, including allegiance abilities, spell lores, artefacts and more.

Maybe you'll field a magically charged force of Starborne Seraphon, teleporting around the battlefield, blitzing enemies with spells and summoning reinforcements from the temple-ships to battle. Or perhaps you’ll field a hardened force of Coalesced, tearing the enemy apart in close combat with savage fury. Or you might just field loads of Stegadons and call it a day. It’s up to you! To help you with your army, this book also contains collecting tips, with example armies, stunningly painted miniatures, painting advice and Path to Glory rules.

This 104 page hardback book contains:
- The history and origins of the Seraphon – from their discovery in the aetheric void by Dracothion to their conquest and terraforming of the Mortal Realms
- Lore and art that brings the world of the Seraphon to life
- Tips for collecting Seraphon, and rules that allow you to fight battles with them on the tabletop
- Allegiance abilities that bestow a wide selection of battle traits, command traits, artefacts of power and unique spell lores upon your army
- A battleplan representing a sudden intervention from above by the Seraphon
- Rules themed around the four most famed Seraphon Constellations – sub-factions with their own additional special rules