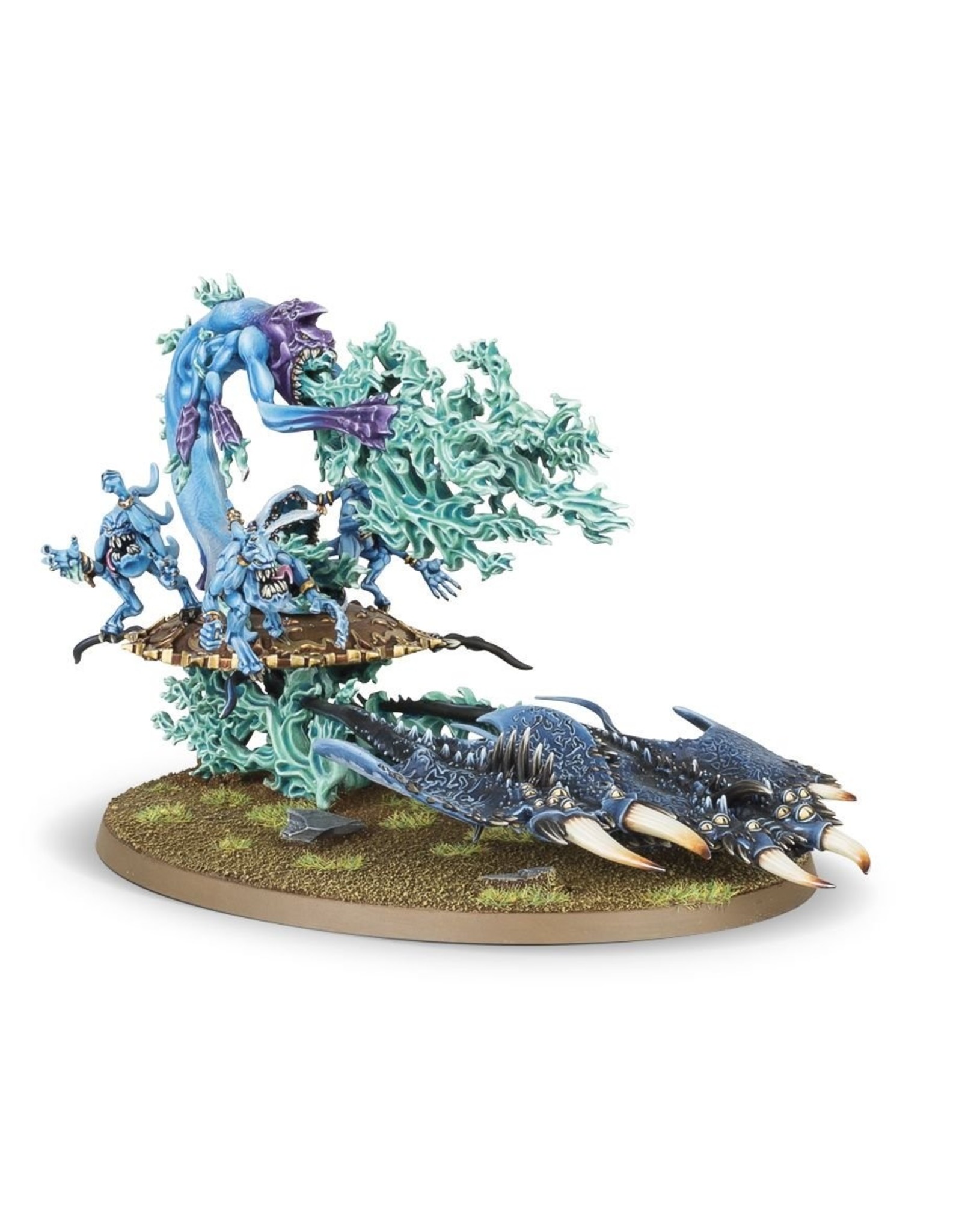 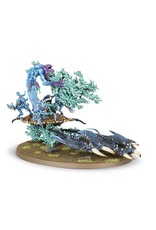 Pulled through the skies by a pair of Screamers, a Burning Chariot of Tzeentch rides upon a wave of multicoloured flames that scorch all in their wake. The Exalted Flamer that writhes and twists upon the back of the chariot vomits sheets of billowing fire – an unnatural conflagration that even when put out will rage up once more, burning foes again and again.

This multi-part plastic kit contains the components necessary to assemble a Burning Chariot of Tzeentch. This striking model is being dragged into battle by 2 straining Screamers of Tzeentch, leaving gouts of billowing flame in its wake. Atop the chariot, the Exalted Flamer is spitting forth a huge plume of flame, with 3 Blue Horrors revelling in the chaos with him. Along with this, there are the parts to assemble a Herald of Tzeentch on foot.

This kit can alternatively be used to assemble a Herald of Tzeentch on Burning Chariot, with an Exalted Flamer on foot. 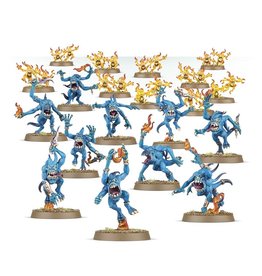 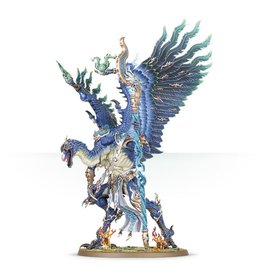 This multi-part plastic kit contains the components necessary to assemble a Lord of Change. A huge, imposing model, he makes an ideal centrepiece for any Tzeentchian army, covered as he is in the symbolism of Tzeentch that marks him out as a true master o
Add to cart
Daemons of Tzeentch: Lord of Change
$140.00