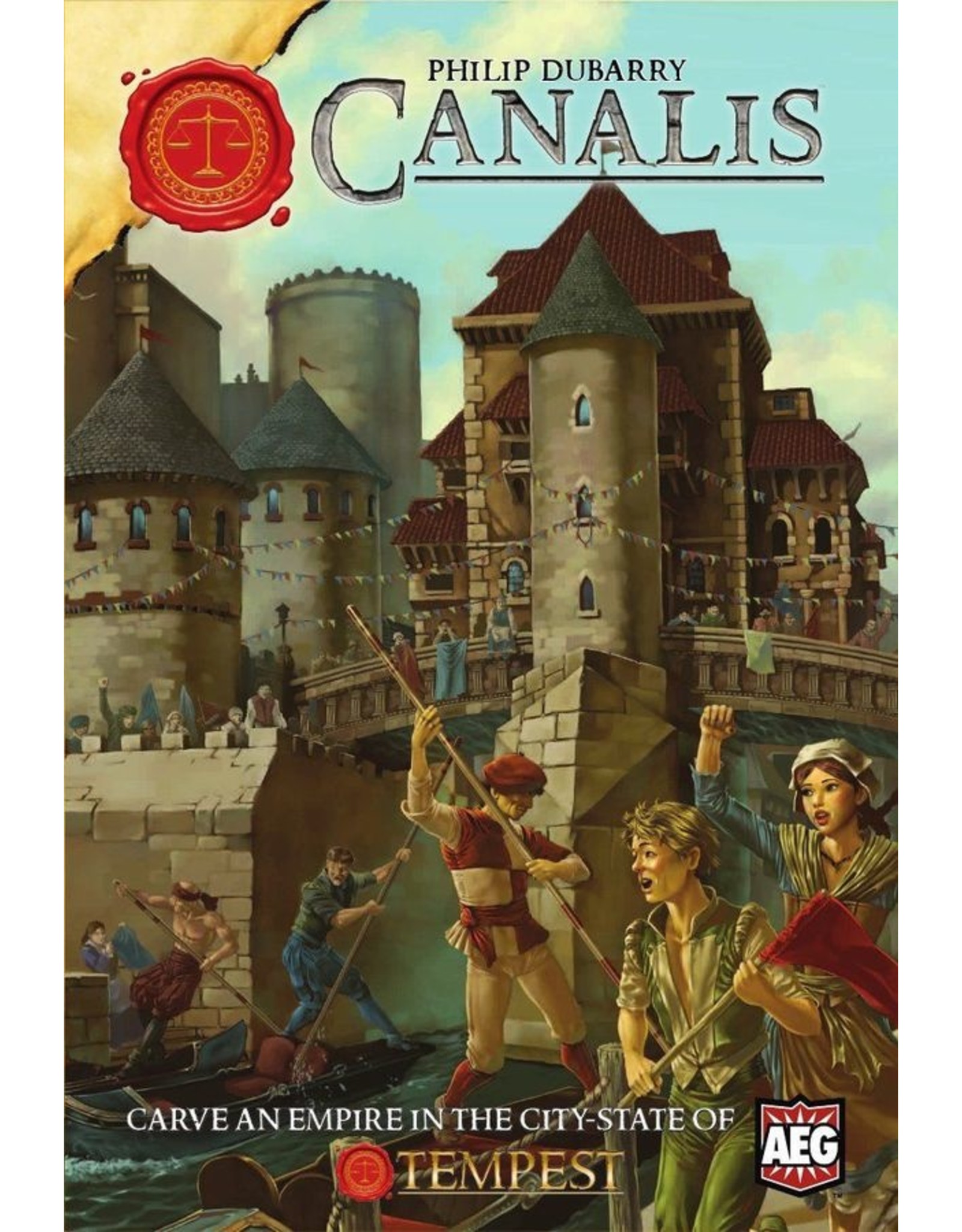 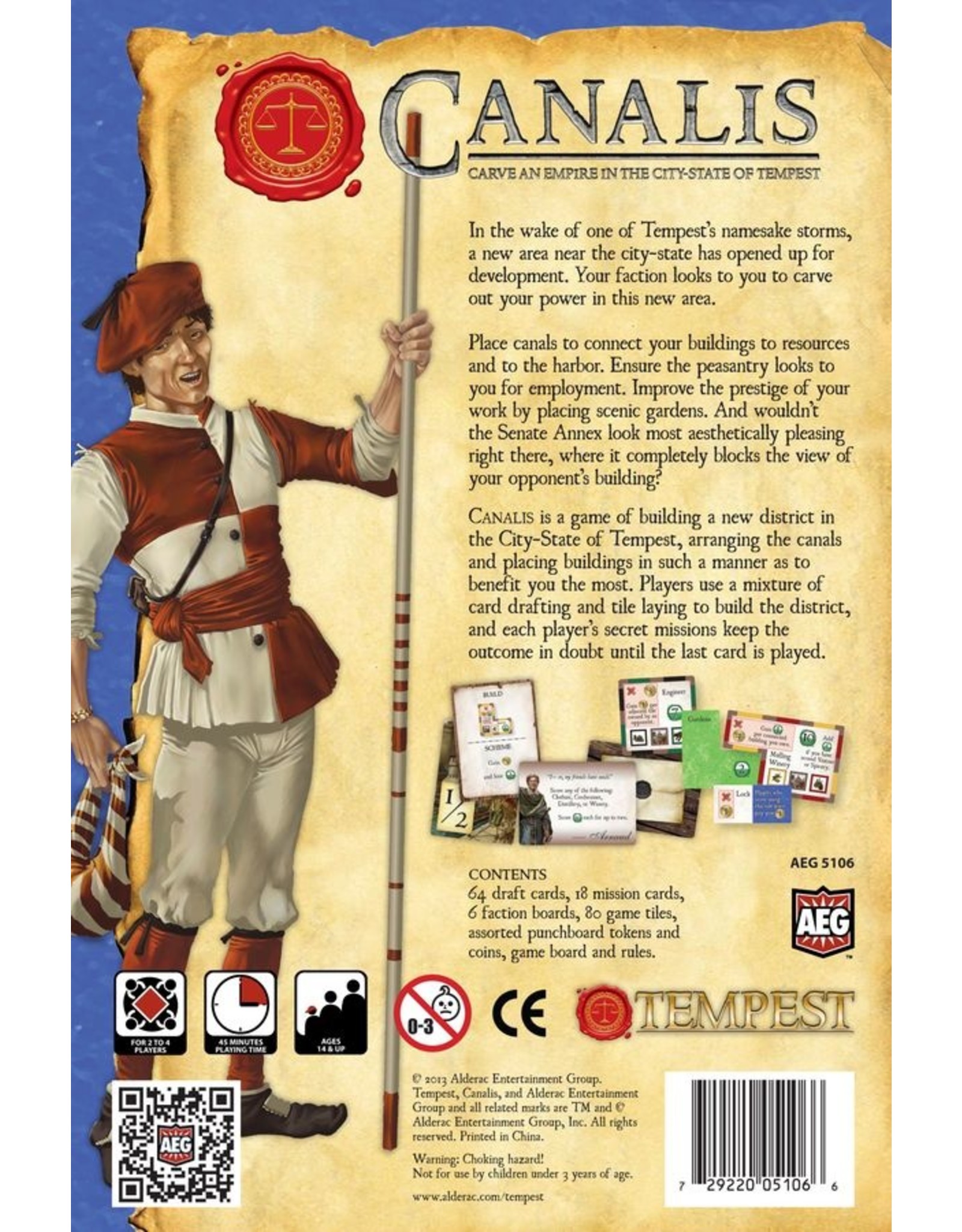 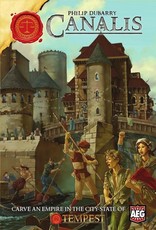 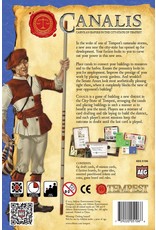 In the wake of one of Tempest's namesake storms, a new area near the city-state has opened up for development. Your faction looks to you to carve out your power in this new area.

Place canals to connect your buildings to resources and to the harbor. Ensure the peasantry looks to you for employment. Improve the prestige of your work by placing scenic gardens. And wouldn't the Senate Annex look most aesthetically pleasing right there, where it completely blocks the view of your opponent's building?

Canalis is a game of building a new district in the City-State of Tempest, arranging the canals and placing buildings in such a manner as to benefit you the most. Players use a mixture of card drafting and tile laying to build the district, and each player's secret missions keep the outcome in doubt until the last card is played. 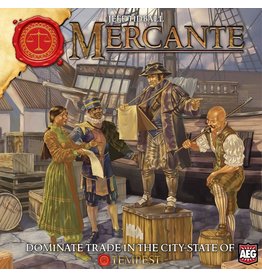