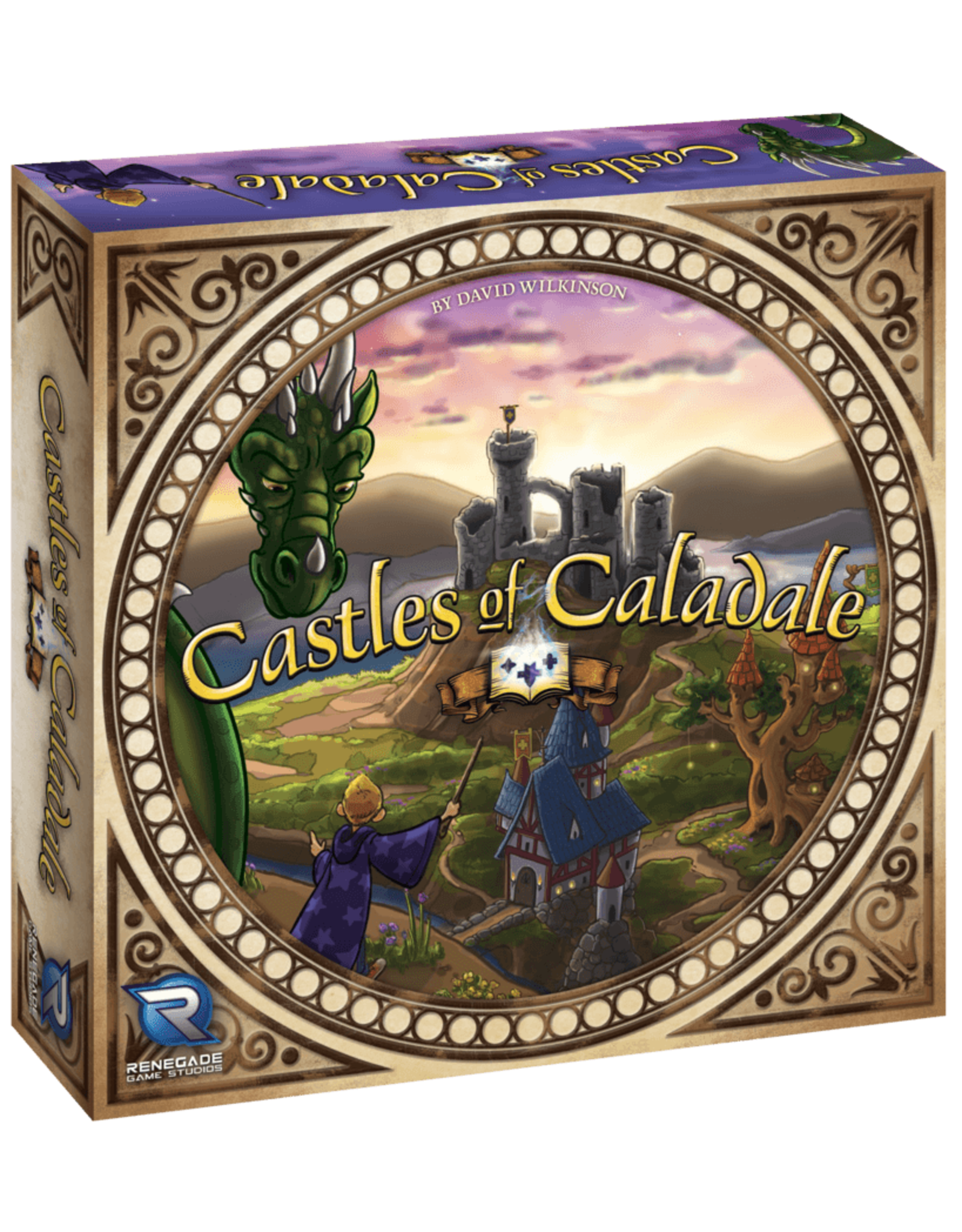 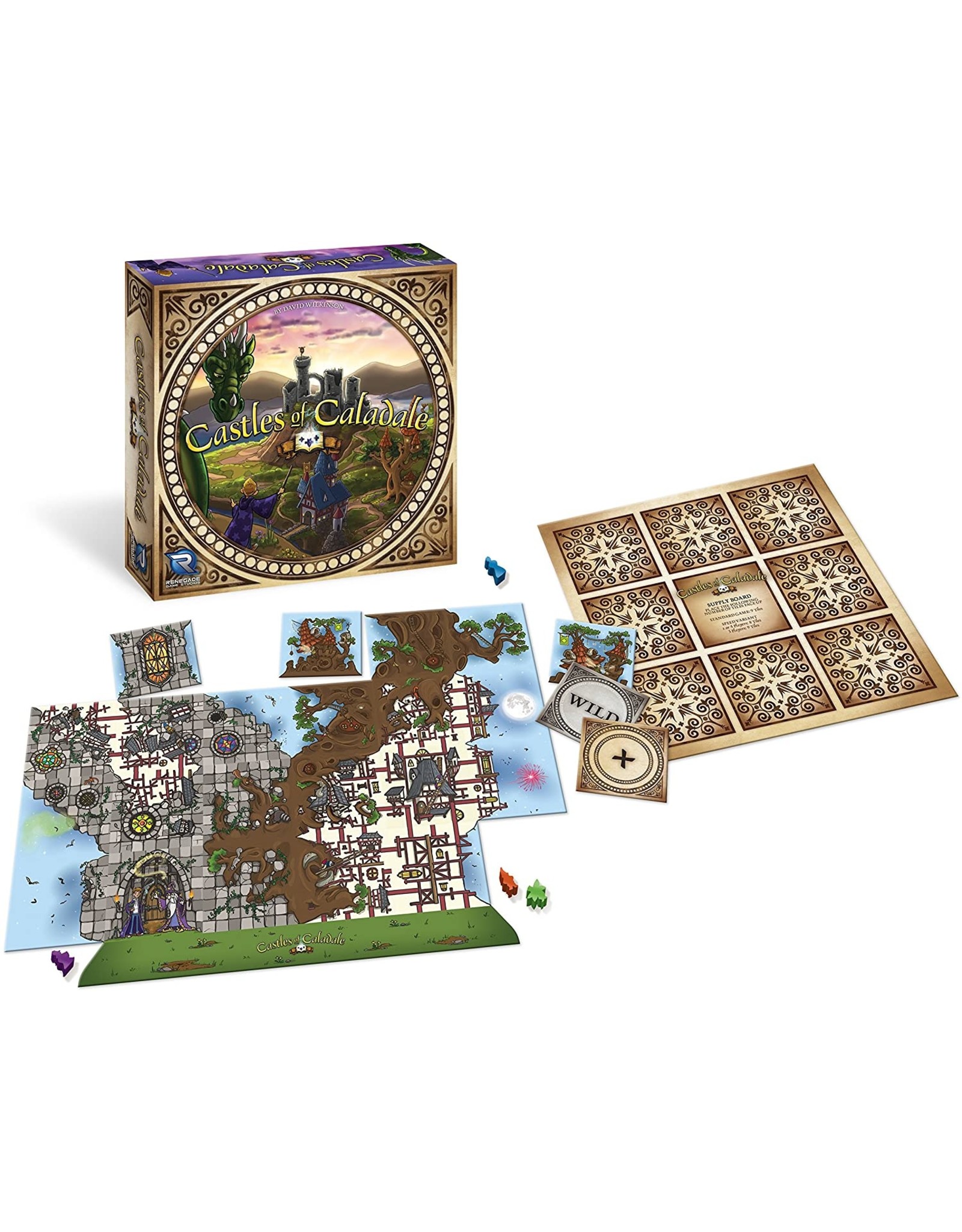 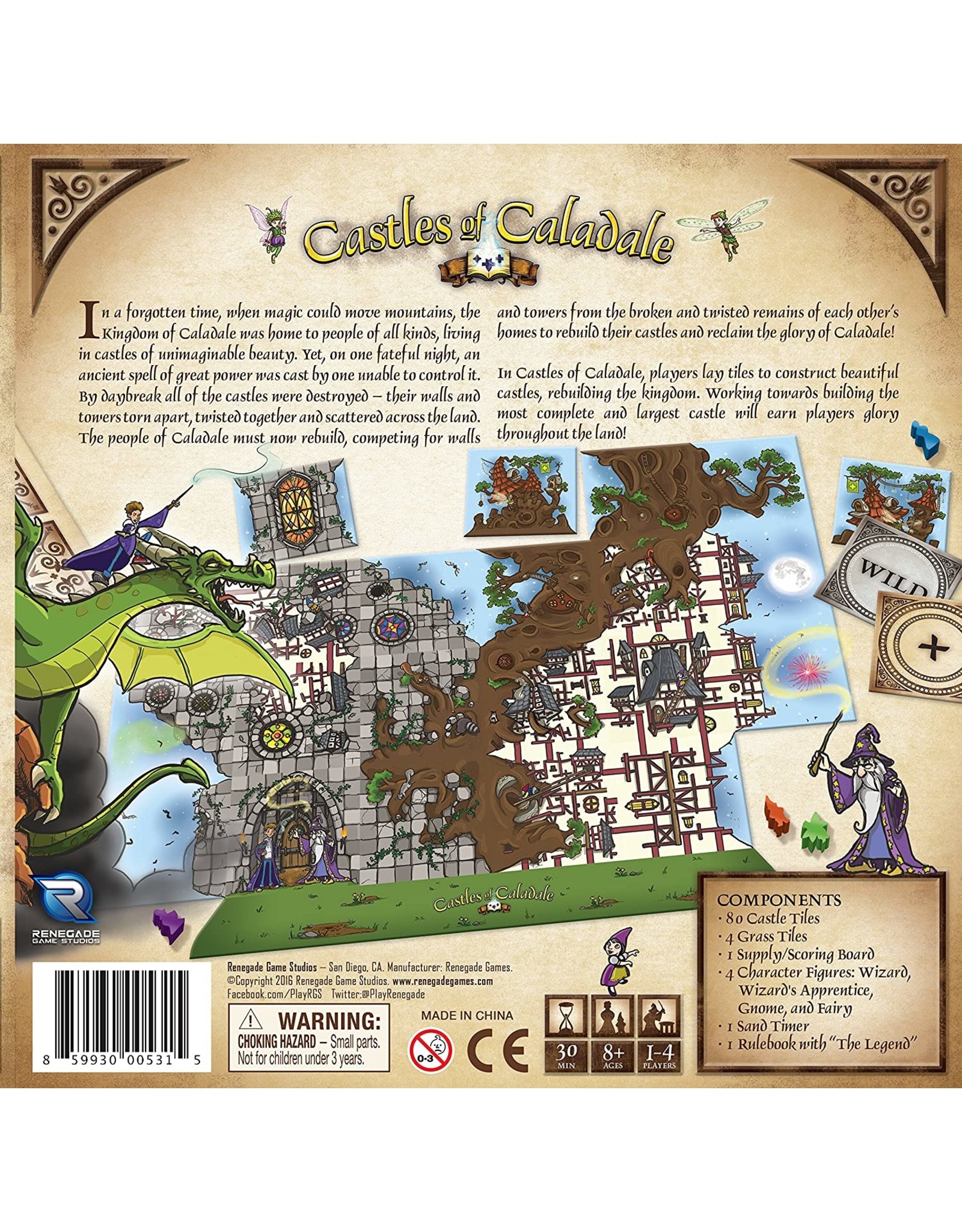 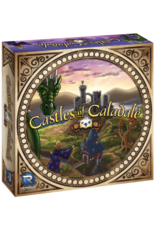 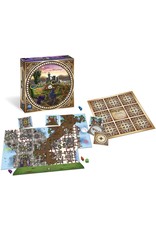 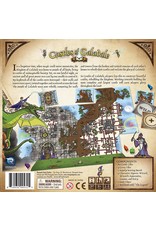 In a forgotten time when magic could move mountains, the Kingdom of Caladale was home to people of all kinds, living in castles of unimaginable beauty — but on one fateful night, an ancient spell of great power was cast by one unable to control it. By daybreak all of the castles were destroyed, their walls and towers torn apart, twisted together and scattered across the land.

The people of Caladale must now rebuild, competing for walls and towers from the broken and twisted remains of each other's homes to rebuild their castles and reclaim the glory of Caladale!

In Castles of Caladale, players lay tiles to construct beautiful castles and rebuild the kingdom. Building the most complete and largest castle earns a player glory throughout the land!