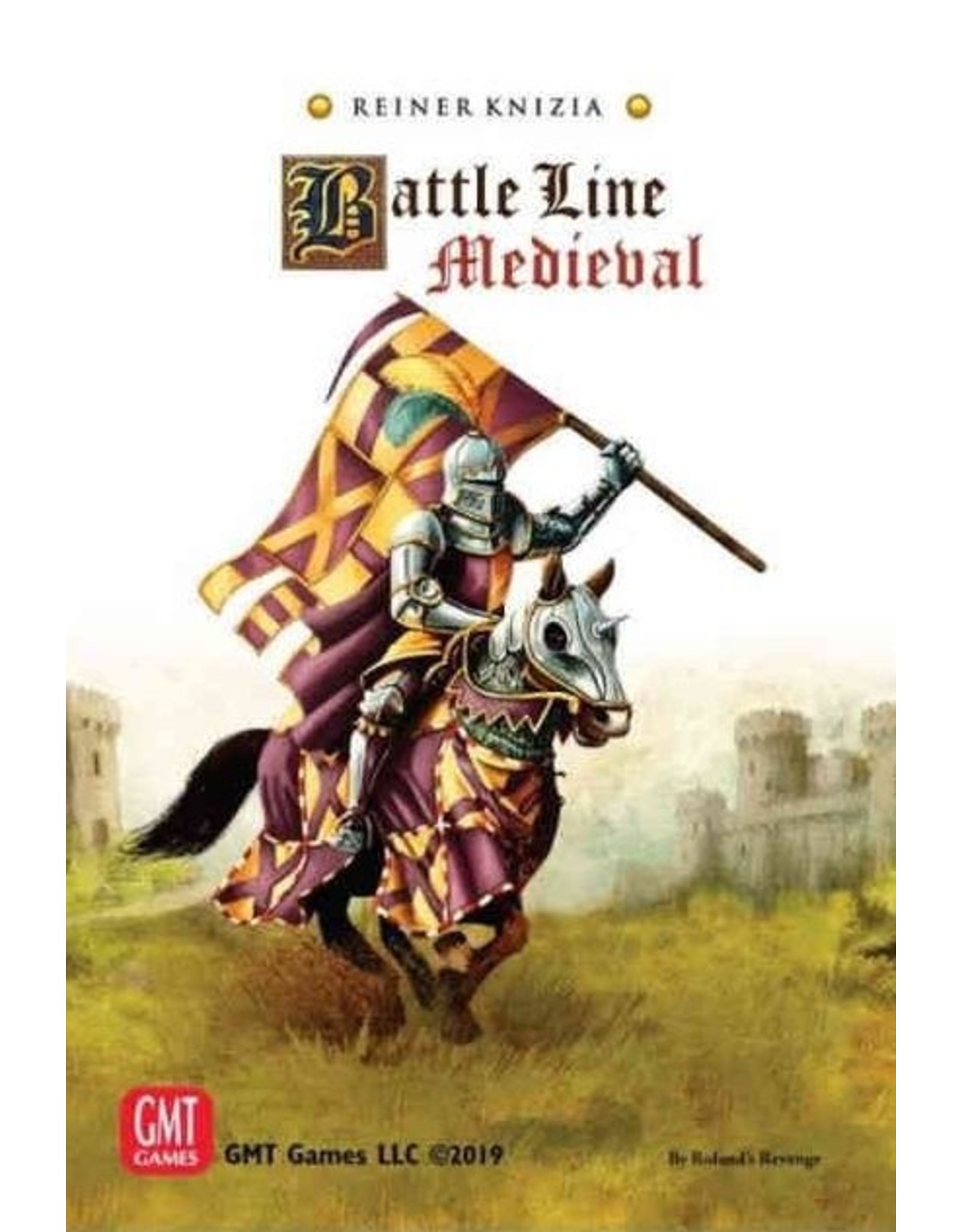 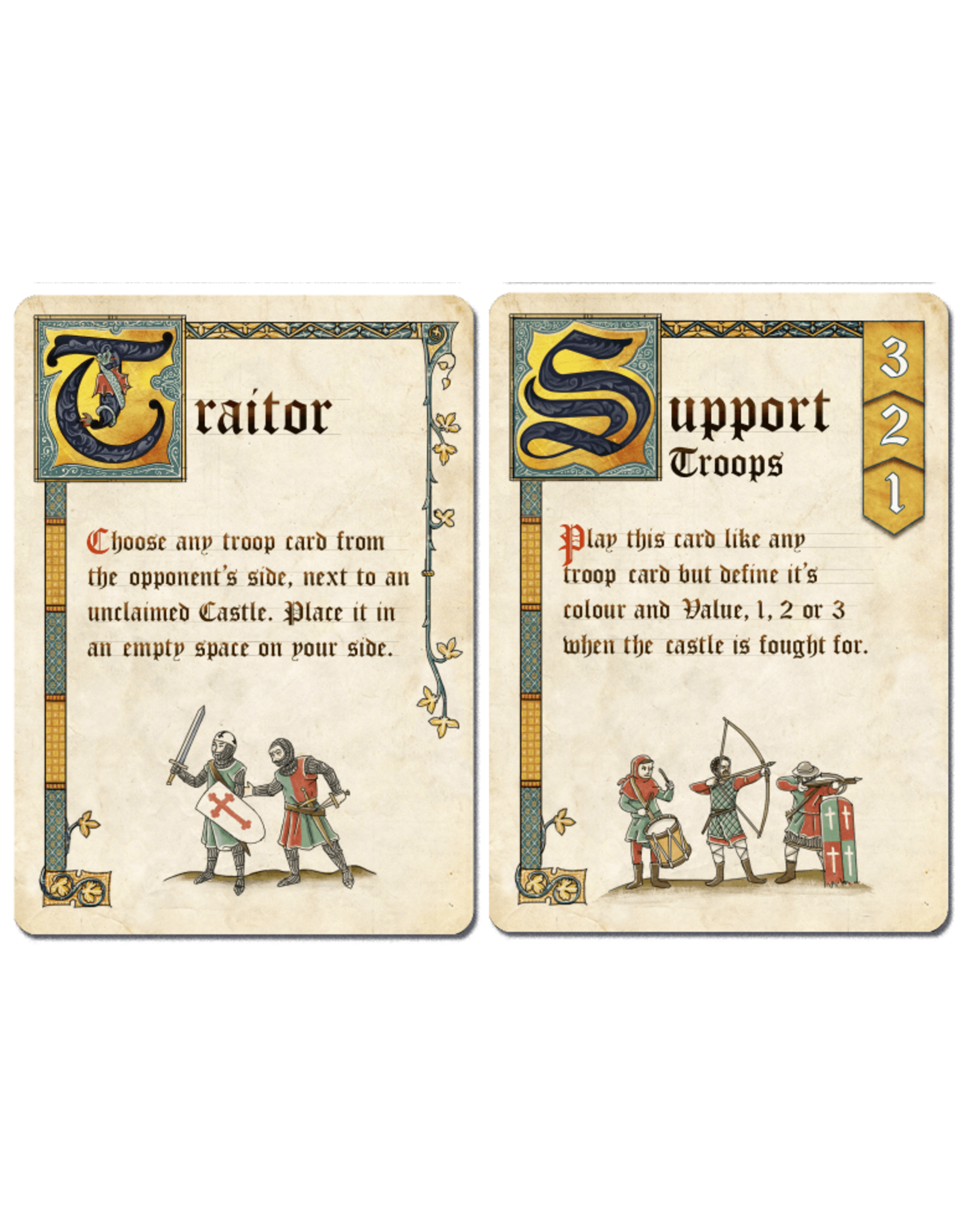 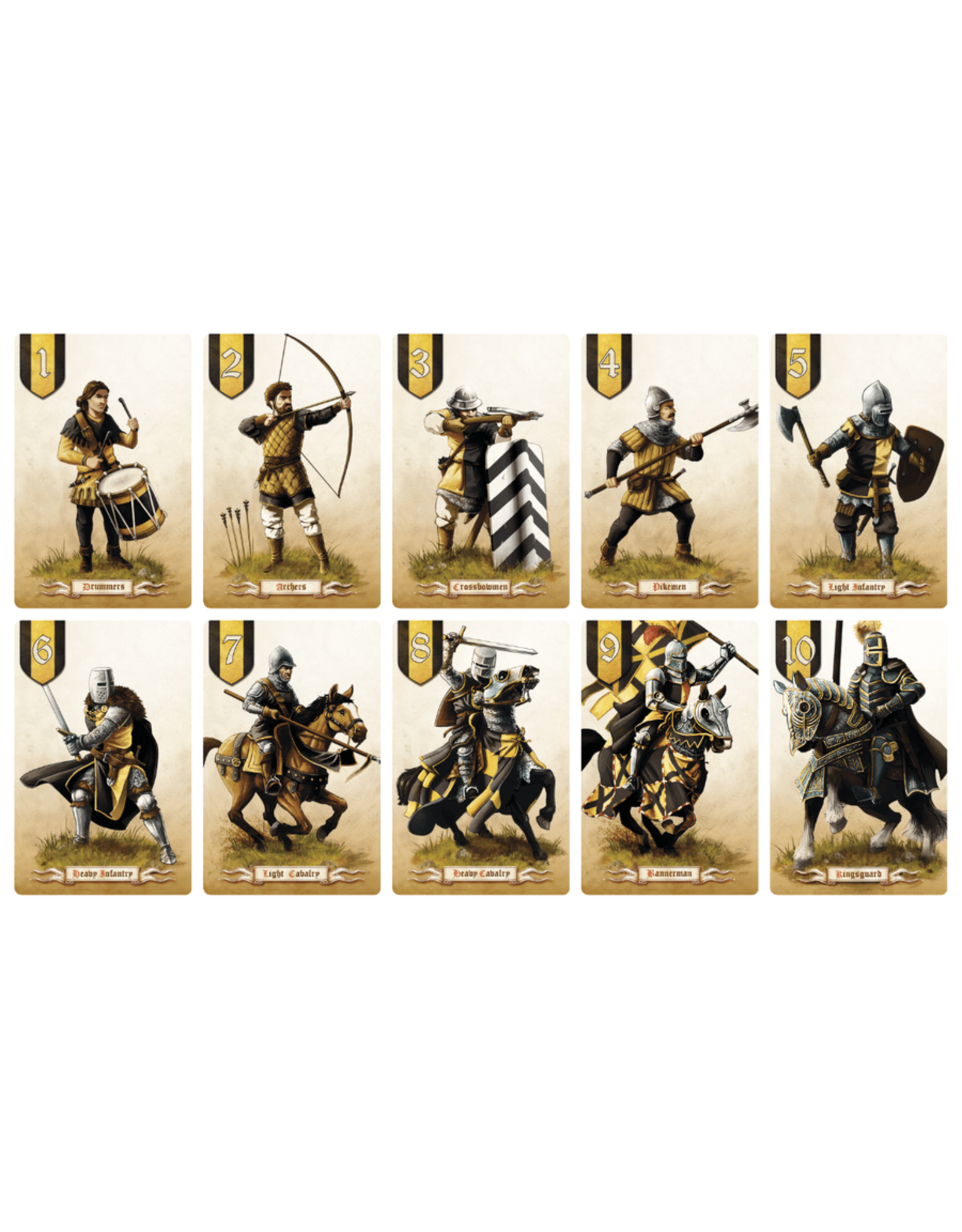 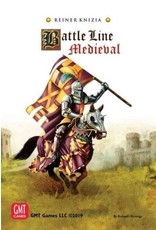 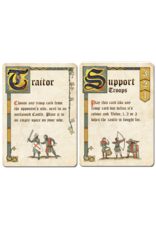 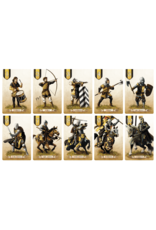 This new re-themed version of Battle Line is a two-player strategy card game built around the theme of Medieval warfare. This re-themed version of Battle Line features 60 beautiful new cards by illustrator Roland MacDonald, as well as 10 full-color tactics "wildcards" that give players extra flexibility and choices and help make each new battle wildly different from the last.

Battle Line takes about 30 minutes to play. To win, you must create powerful formations along your side of the line of battle that are superior to those of your enemy. Victory goes to the player who wins 5 of the 9 battle flags (an envelopment) or three adjacent flags (a breakthrough). Based on Reiner Knizia's original design published in Germany as Shotten-Totten, Battle Line enhances and expands that game system to give players even more tactical options and gut-wrenching decisions.

Battle Line places you in command of your army's strategies. How will you muster your formations? Will you use your powerful KingsGuard to vanquish your enemy, or perhaps send the King of England or France to the front to win a critical flag? Or perhaps you"ll rely on your spies to determine the enemy"s strengths and weaknesses before committing your best forces. You'll always have plenty of choices. With every card play, you'll determine the strength and direction of your attack while plotting to fend off your enemy's advances.

In Battle Line, you and your opponent lead the combined arms of the greatest units of the era. Will you, like the great Kings of yore, reign supreme? Play Battle Line, and find out. 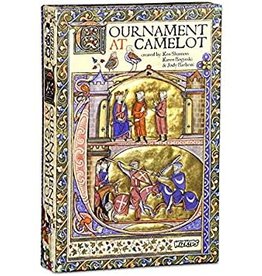