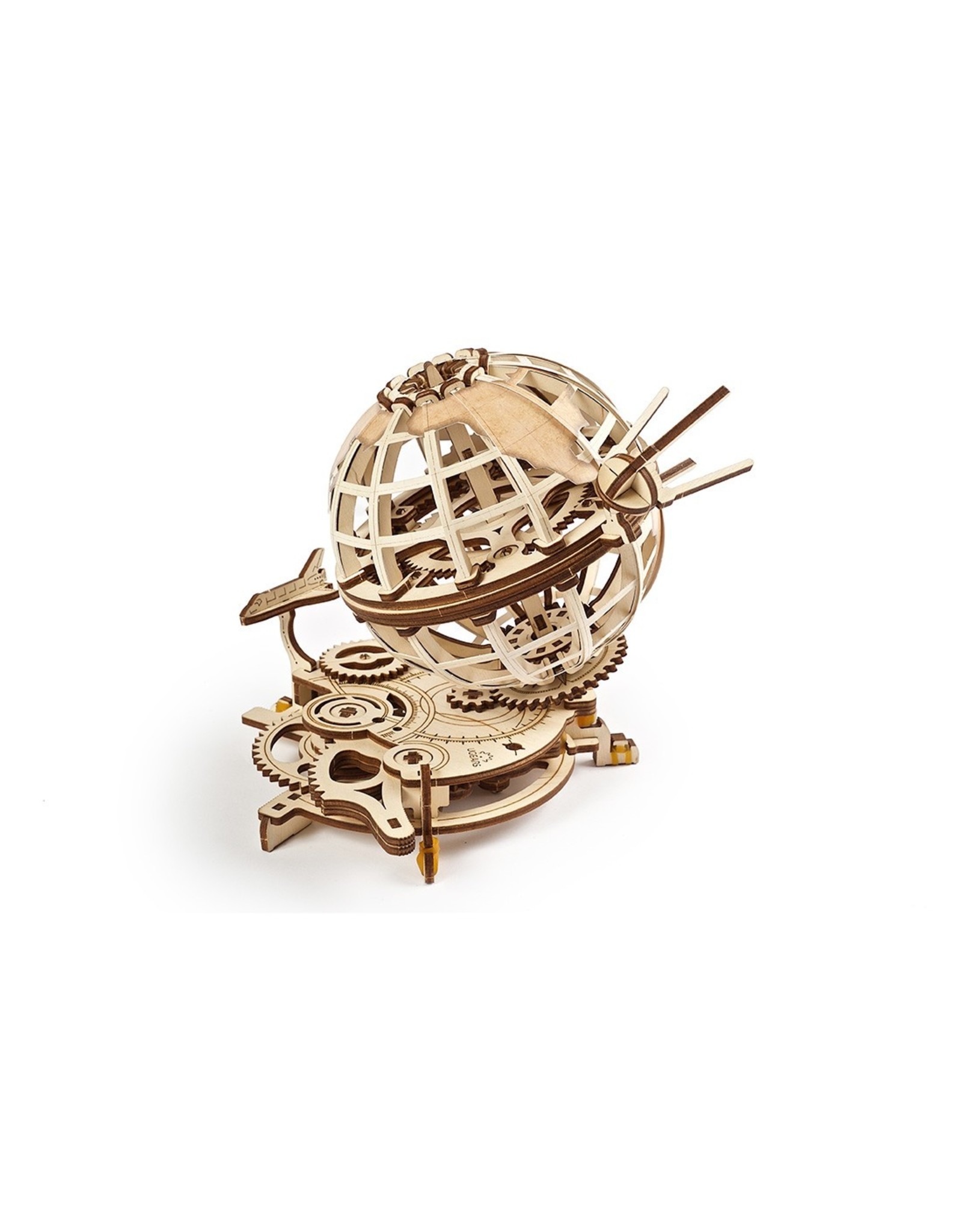 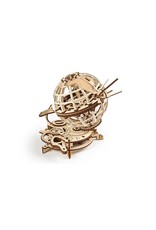 Self-assembly model requiring no glue or cutting. Parts are pre-cut and are easily removable from the board. Assembly instructions are included.

With this model, Ugears gives you – quite literally – the world. Presenting the Globus, your own world of mechanical marvels. The Globus is a stylized model of Earth with a set of decorative continents, a rotating mechanism, and curious little extras that make the model even more interesting.

The main module of the model is comprised of two parts: the globe and the platform with the mechanism. The sphere of the globe sits on an axle inclined along the same angle as the axis of the Earth. Like most Ugears models, the Globus is animated by means of a rubber-band motor. However, in this case, the motor uses a different type of winding method. A lever in the base pulled once clock-wise all the way will fully wind-up the mechanism. As soon as the lever is released, the gears begin their work. To slow down the spinning of the Earth sphere, the Globus employs a pendulum reduction mechanism. But if you want it to rotate even slower, you can manually turn the Globus and watch the continents float slowly by.

In addition to the main module, the model comes with two interchangeable extra-modules: the Shuttle and the Sputnik. Choose, which satellite you want to circle your Globus today, and set it on special support. The satellites are also powered by the rubber-band motor and connect to the main module via the planetary gearing. Due to this connection, the satellites rotate almost twice as fast as the globe and make almost two full spins in one pull of a winding lever.

The Globus from Ugears is the model you will want to return to again and again. Take your Globus from the shelf and dream about all those amazing places you plan to visit one day. 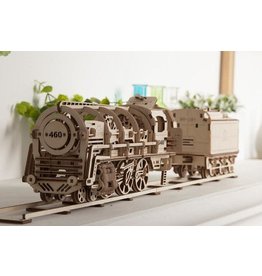 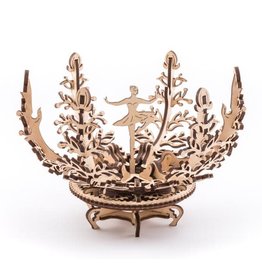 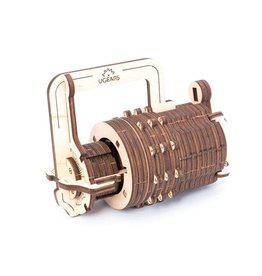 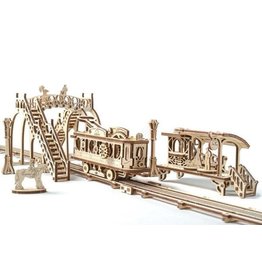 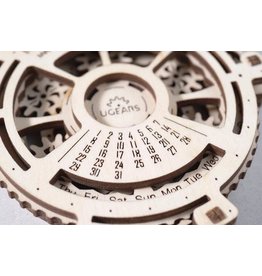 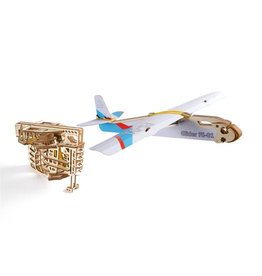 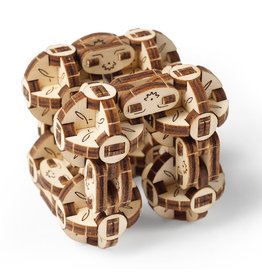 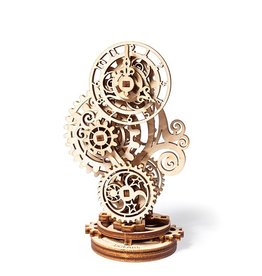