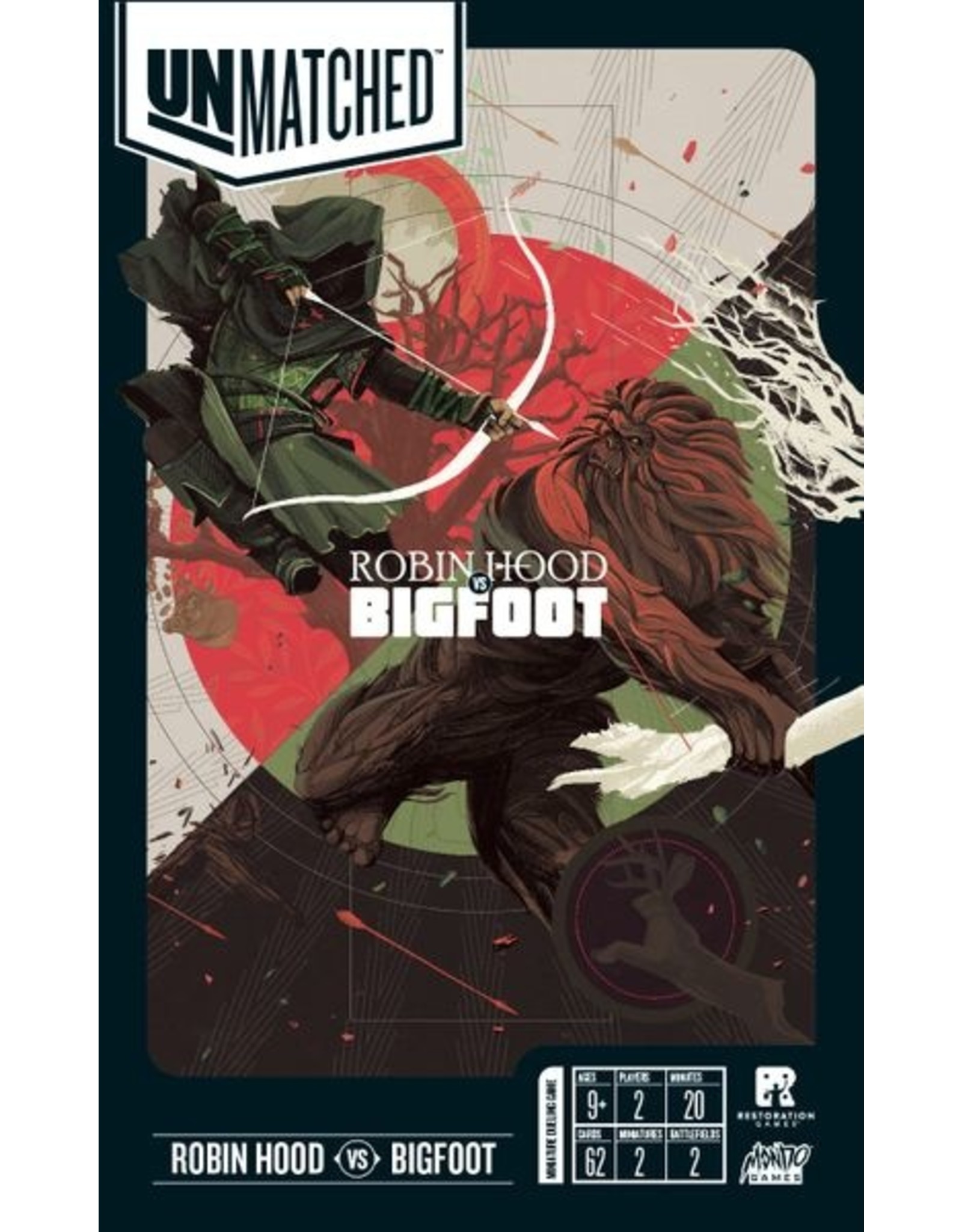 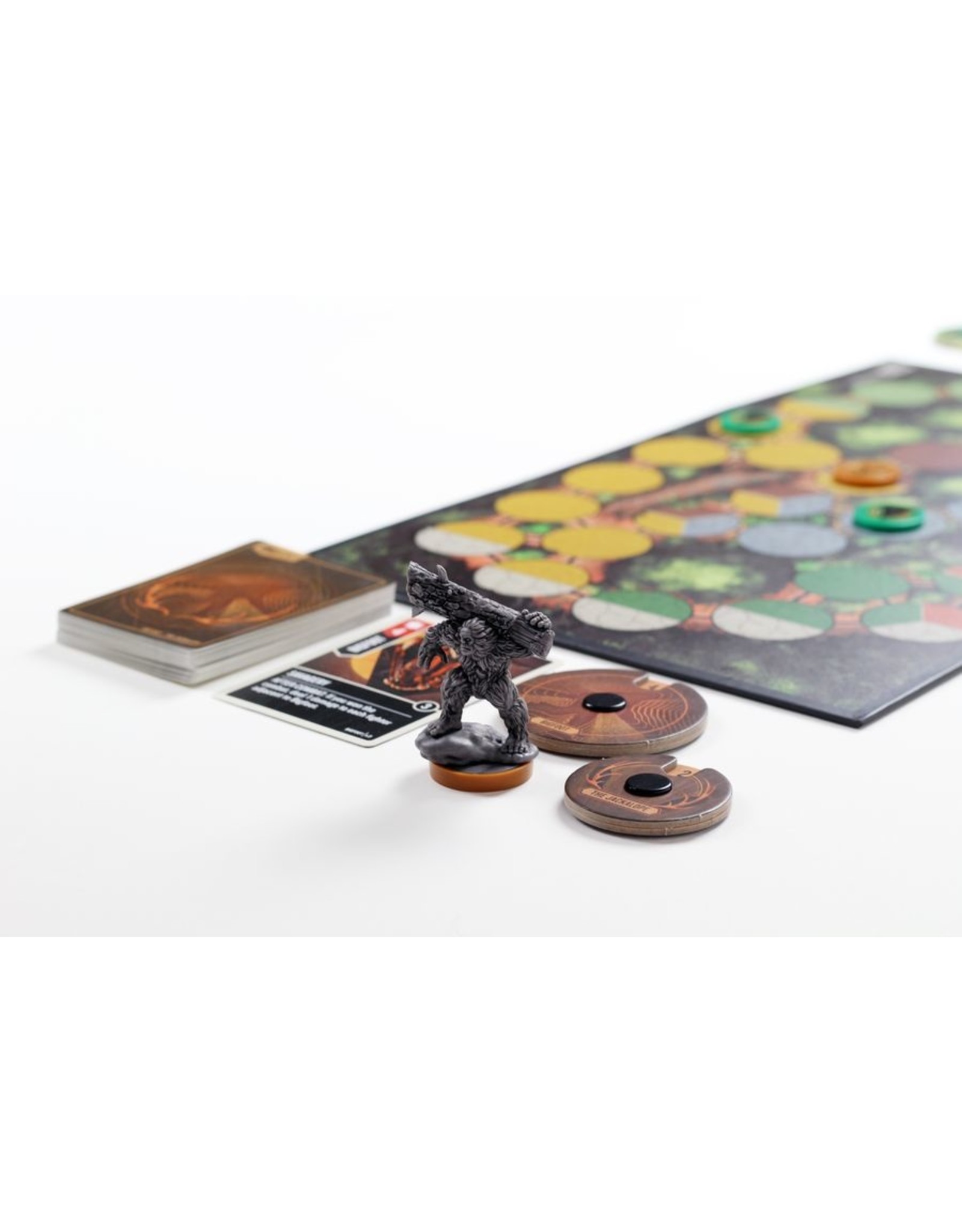 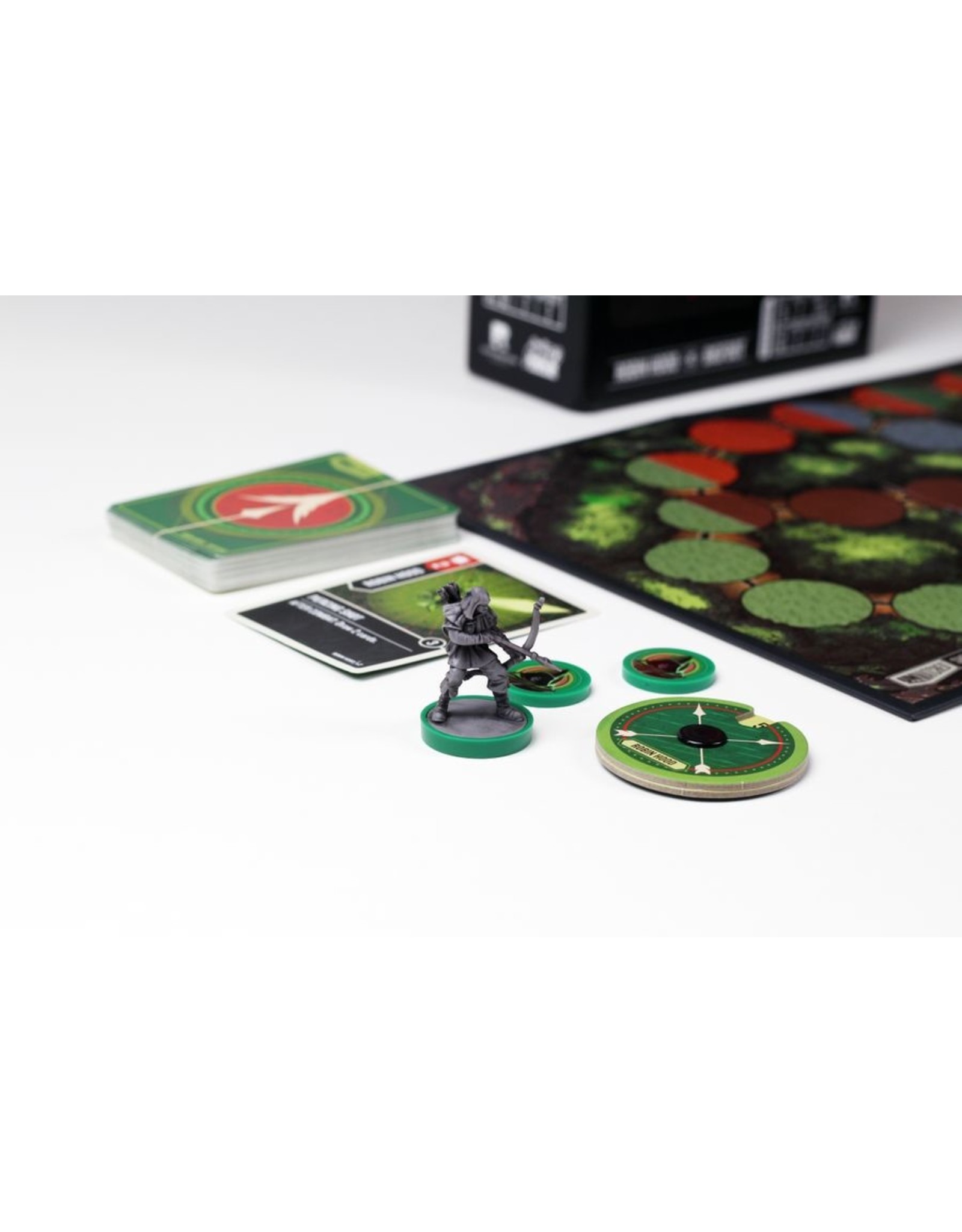 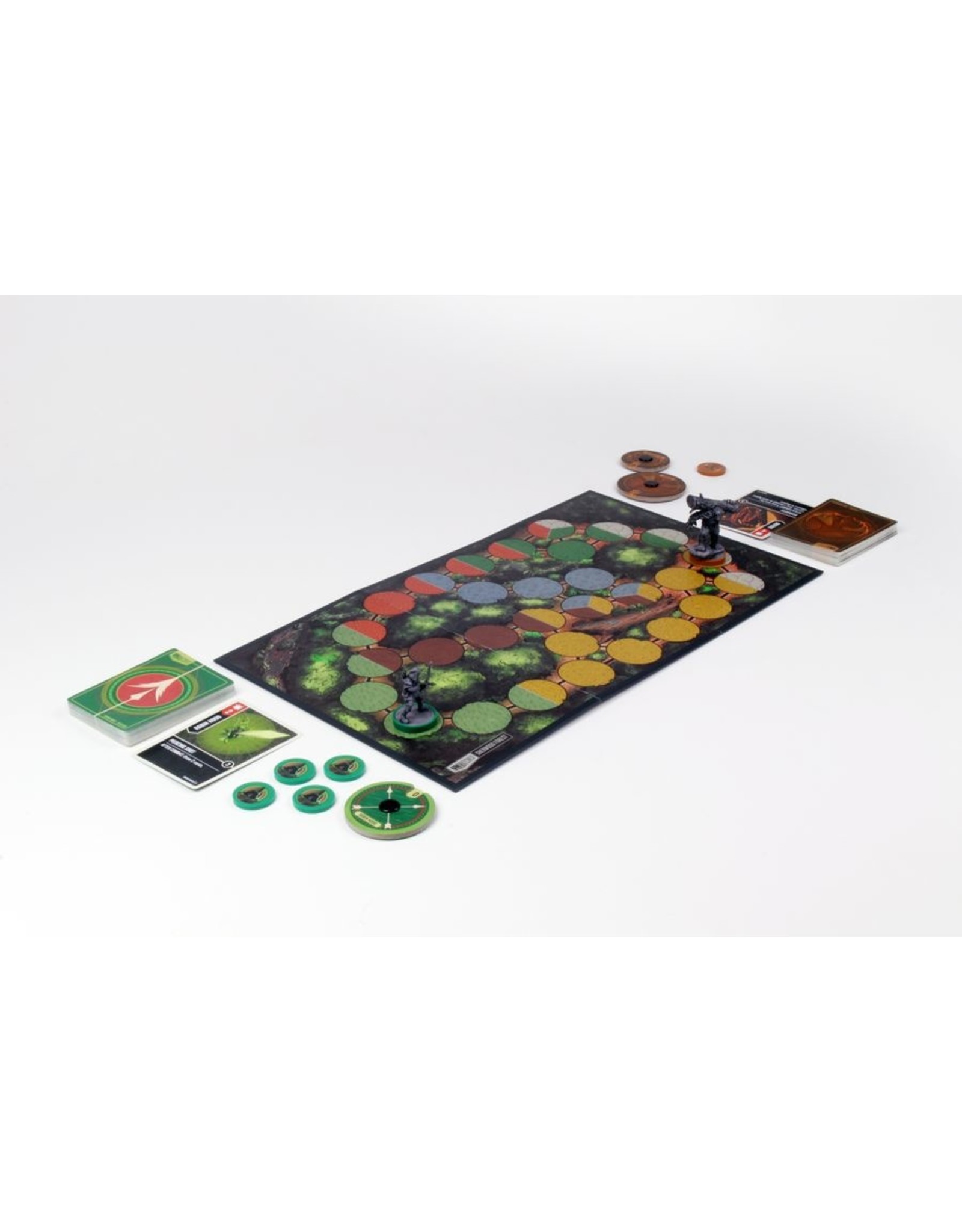 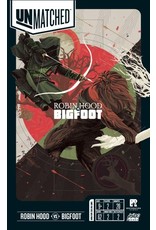 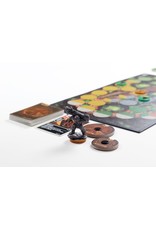 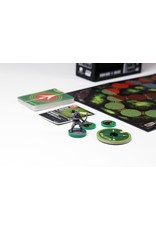 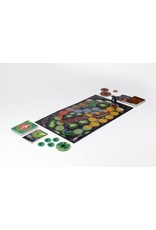 Unmatched is a highly asymmetrical miniature fighting game for two or four players. (Note that this set is solely for two players, but it can be combined with other sets, which all serve up to four players.) Each hero is represented by a unique deck designed to evoke their style and legend. Tactical movement and no-luck combat resolution create a unique play experience that rewards expertise, but just when you've mastered one set, new heroes arrive to provide all new match-ups.

Robin Hood vs. Bigfoot features the titular heroes. Robin Hood and his outlaws excel at ranged attacks and robbing from their opponents. Bigfoot and his pal, the Jackalope, crash through the forest for quick attacks before disappearing like a figment of the mind.

Combat is resolved quickly by comparing attack and defense cards. However, each card's unique effects and a simple but deep timing system lead to interesting decisions each time. The game also features an updated version of the line-of-sight system from Tannhauser for ranged attacks and area effects.

The game includes a double-sided board with two different battlefields, pre-washed miniatures for each hero, and custom life trackers that's brought to life with the stunning artwork of Oliver Barrett and the combined design teams of Restoration Games and Mondo Games. 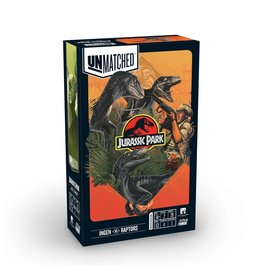 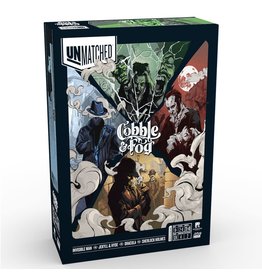 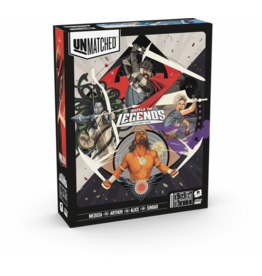 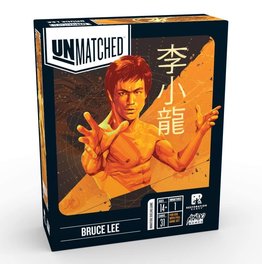