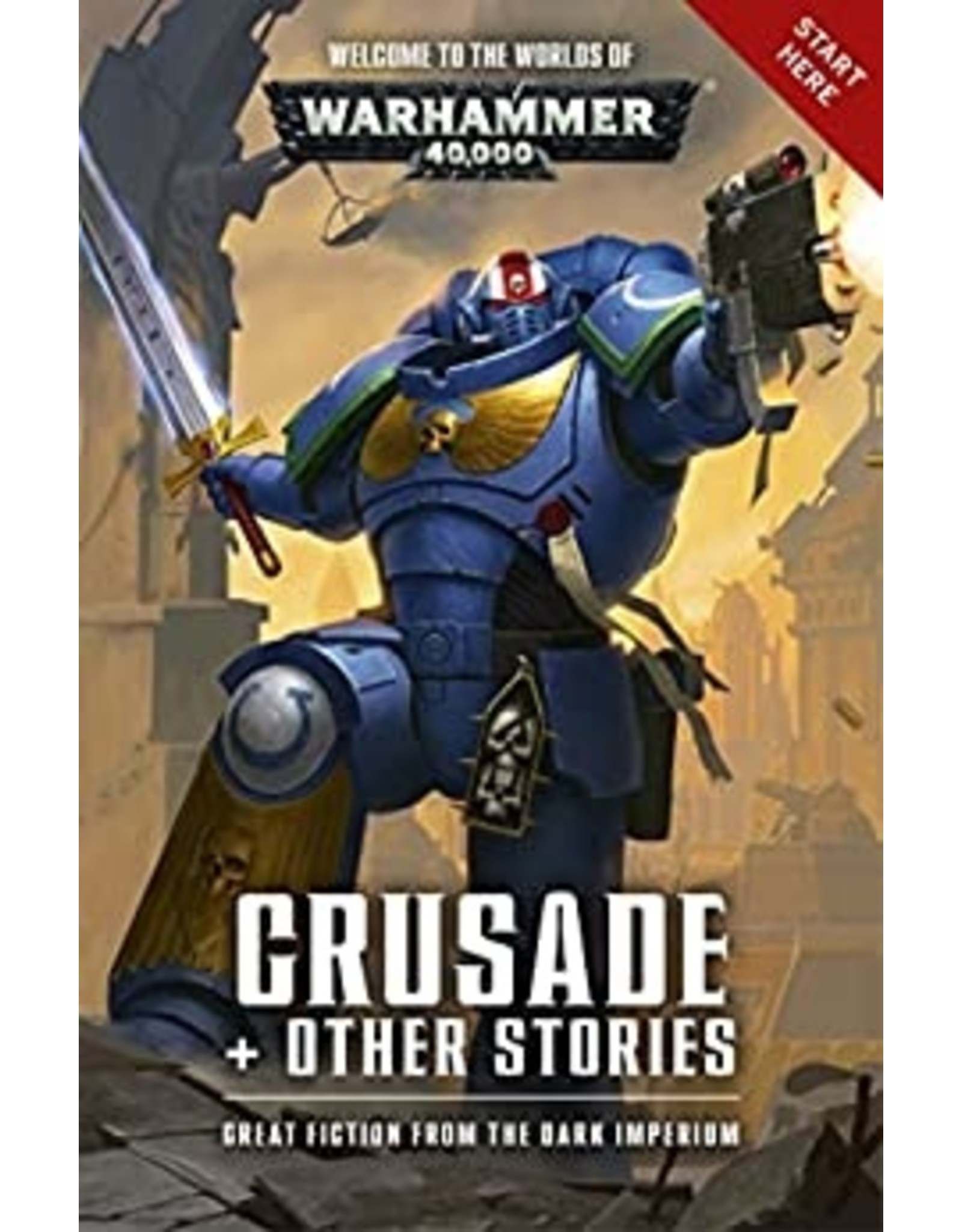 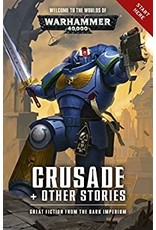 Within this book you will find Crusade, a fantastic new novella by Andy Clark

Sons of the primarch Roboute Guilliman, the Primaris Ultramarines are peerless warriors whose sworn duty is to protect mankind from the predations of the xenos and the foul traitors of the Heretic Astartes. In a galaxy riven by eternal war, they and the other armies of the Imperium are all that stand between mankind and damnation.

Their ship damaged by warp storms, the Ultramarines of strike force Cassian make for Kalides Prime. They hope to find safe harbour to repair their craft before rejoining the Indomitus Crusade. Instead, the Primaris Space Marines discover a world reduced to rot and ruin by the plague-ridden warriors of the Death Guard.

Also within this book is a host of awesome short stories to give you a flavour of the many warring armies that exist within the worlds of Warhammer 40,000

The Lightning Tower by Dan Abnett
Yarrick: Sarcophagus by David Annandale
Extinction by Aaron Dembski-Bowden
A Sanctuary of Wyrms by Peter Fehervari
The Purity of Ignorance by John French
The Word of the Silent King by L.J. Goulding
The Lost King by Robbie MacNiven
Culling the Horde by Steve Parker
The Zheng Cipher by Josh Reynolds
Red & Black by James Swallow
Honour of the Third by Gav Thorpe
Howl of the Banshee by Gav Thorpe