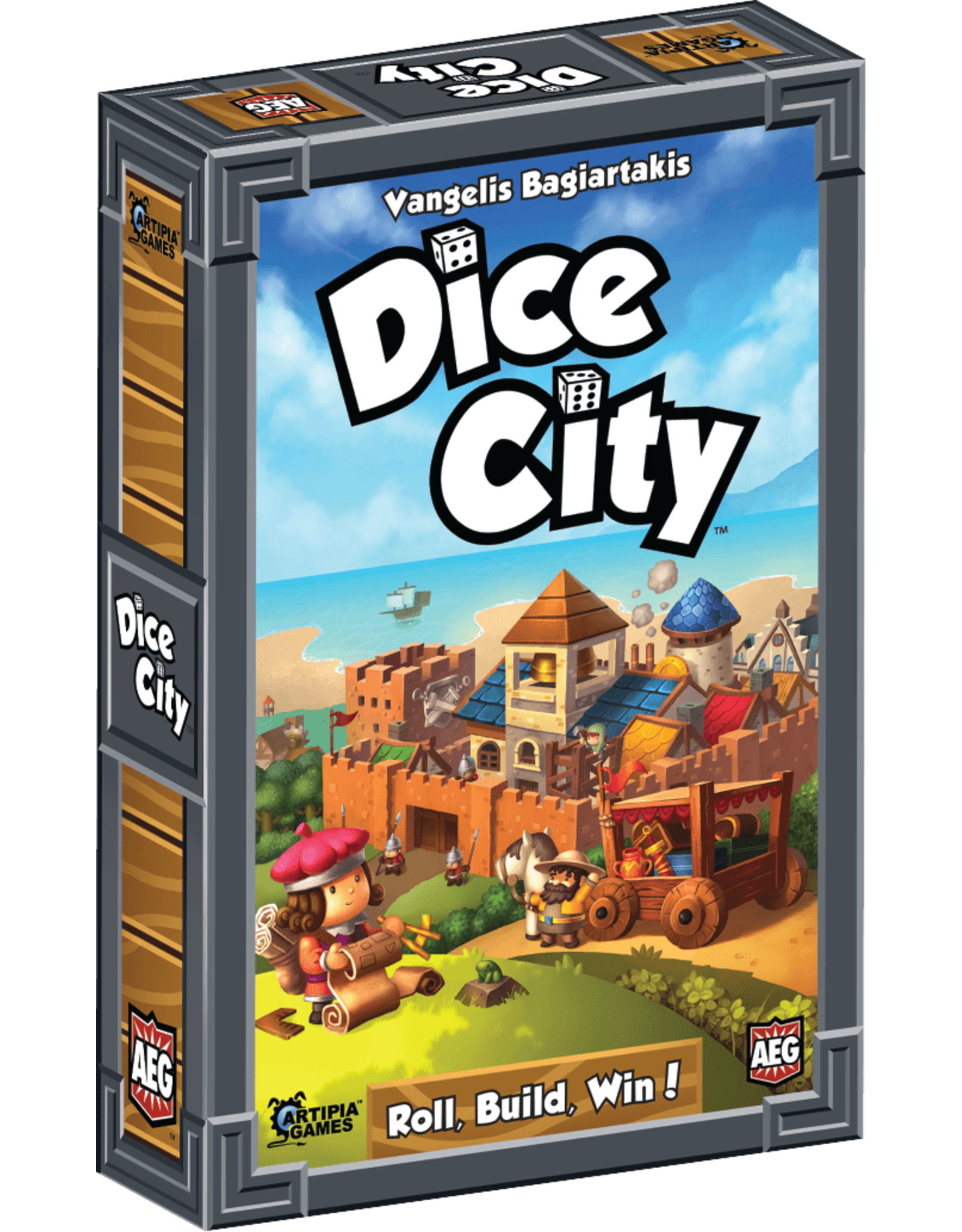 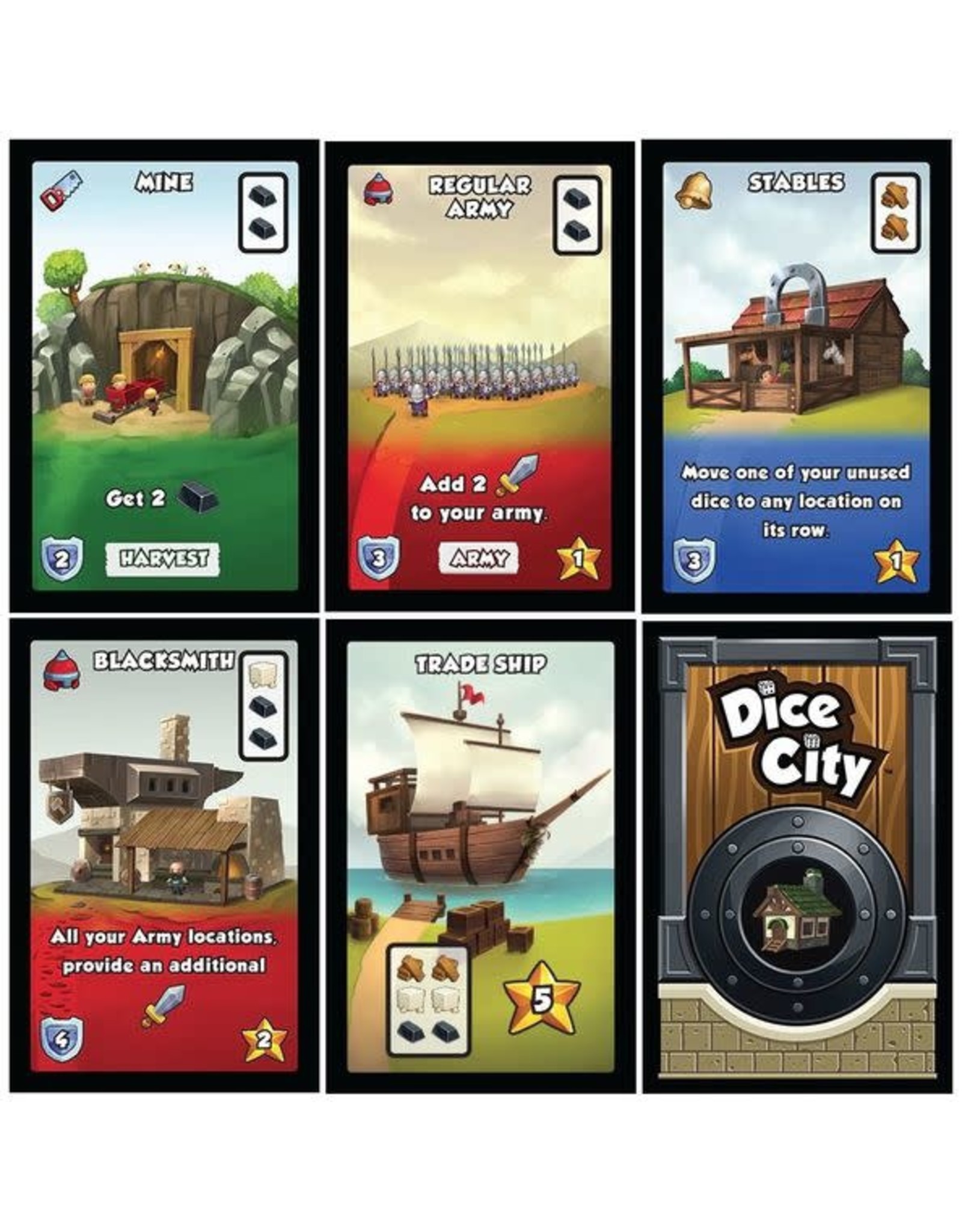 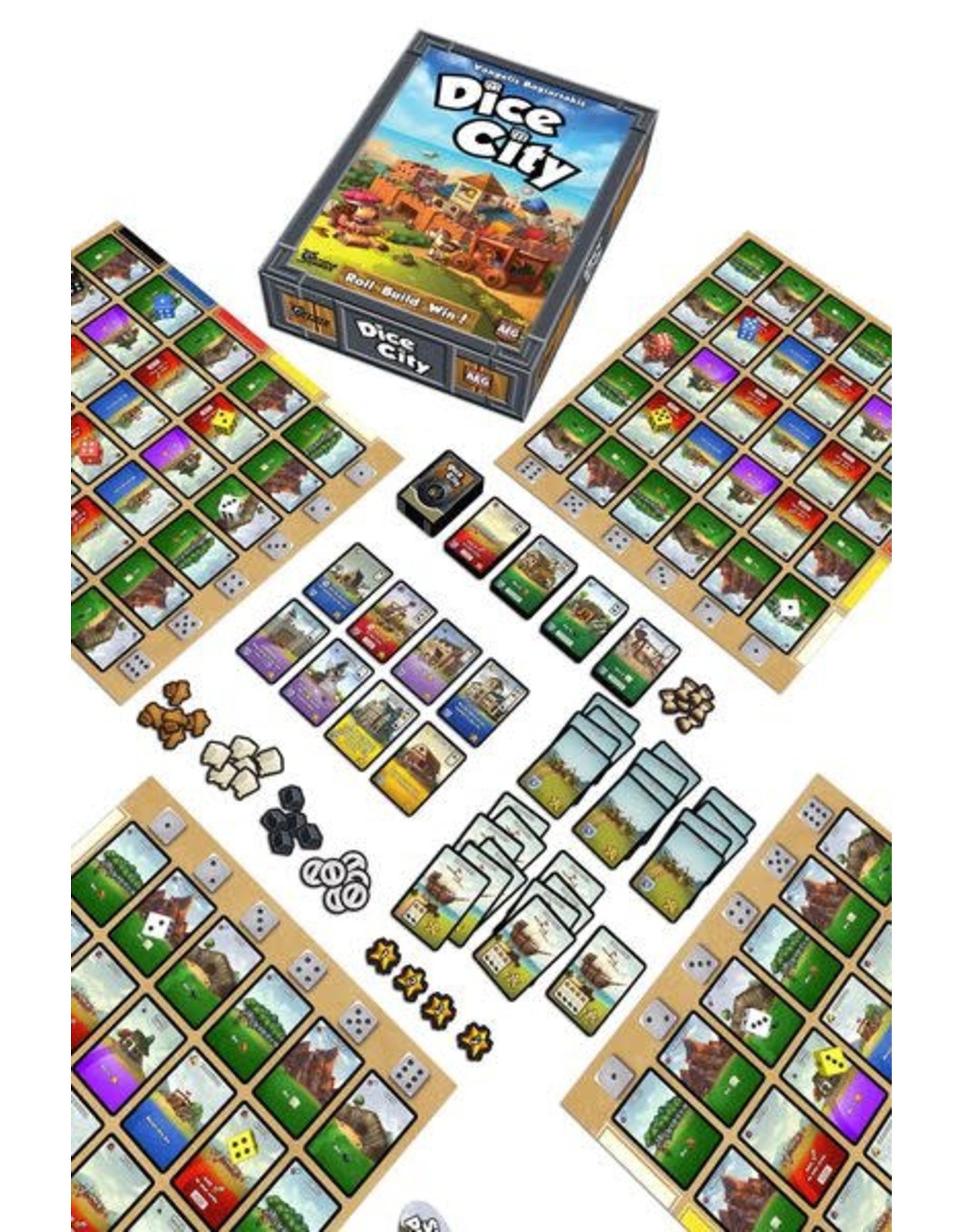 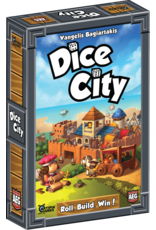 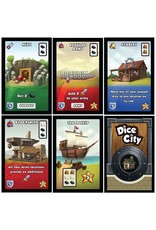 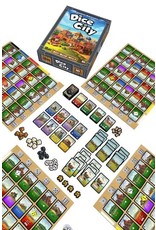 By decree of the Queen, there needs to be a new capital!

The Kingdom of Rolldovia is in turmoil. Her royal highness the Queen, has decreed that there will be a new capital, after the old one was sacked by hordes of barbarians and bandits from the south. As leaders of one of the country’s influential noble families, players vie with each other to establish their provincial city as the best home for Rolldovia’s new capital.

Dice City is a “dice-crafting” game, where the locations in your city act as the changing faces of your dice each turn. Use tactics and strategy to press your claim!

You each have several ways to promote your city; create strong armies; construct wondrous buildings; or open up trade routes. The secret is to manage your city and its natural resources carefully to make the best of your fortunes.

You must choose your city’s path to gain the approval of the Queen over all others.