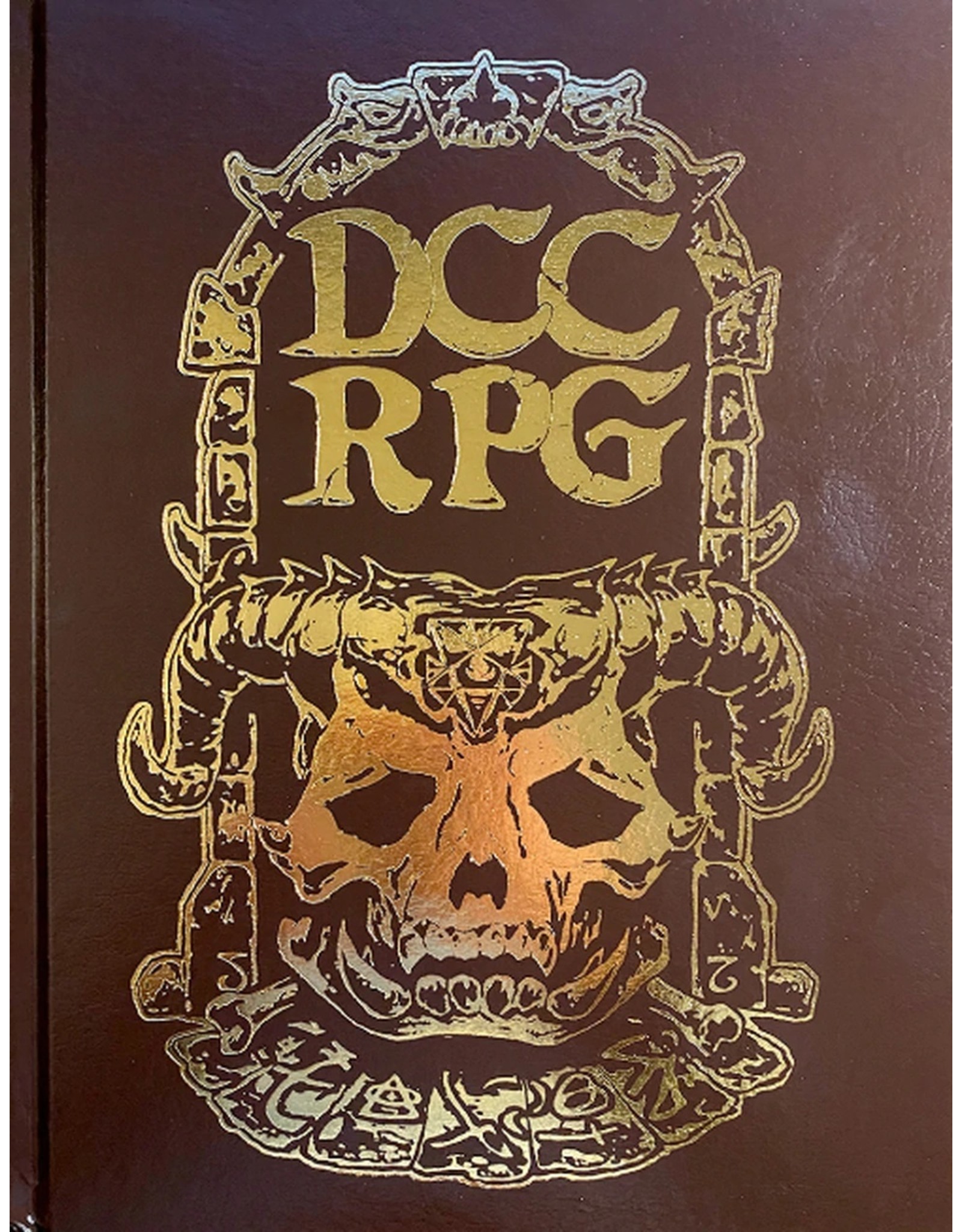 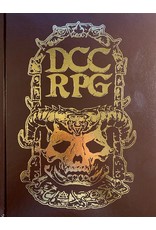 You’re an adventurer: a reaver, a cutpurse, a heathen-slayer, a tight-lipped warlock guarding long-dead secrets. You seek gold and glory, winning it with sword and spell, caked in the blood and filth of the weak, the dark, the demons, and the vanquished. There are treasures to be won deep underneath, and you shall have them.

Return to the glory days of fantasy with the Dungeon Crawl Classics Role-Playing Game. Adventure as 1974 intended, with modern rules grounded in the origins of sword & sorcery. Fast play, cryptic secrets, and a mysterious past await you: turn the page…

DCC RPG is a fast-paced, open-feeling rules set allowing for epic game experiences without unnecessary tethers. It uses modern game-play while paying homage to the origins of role-playing and the fun that it inspired.