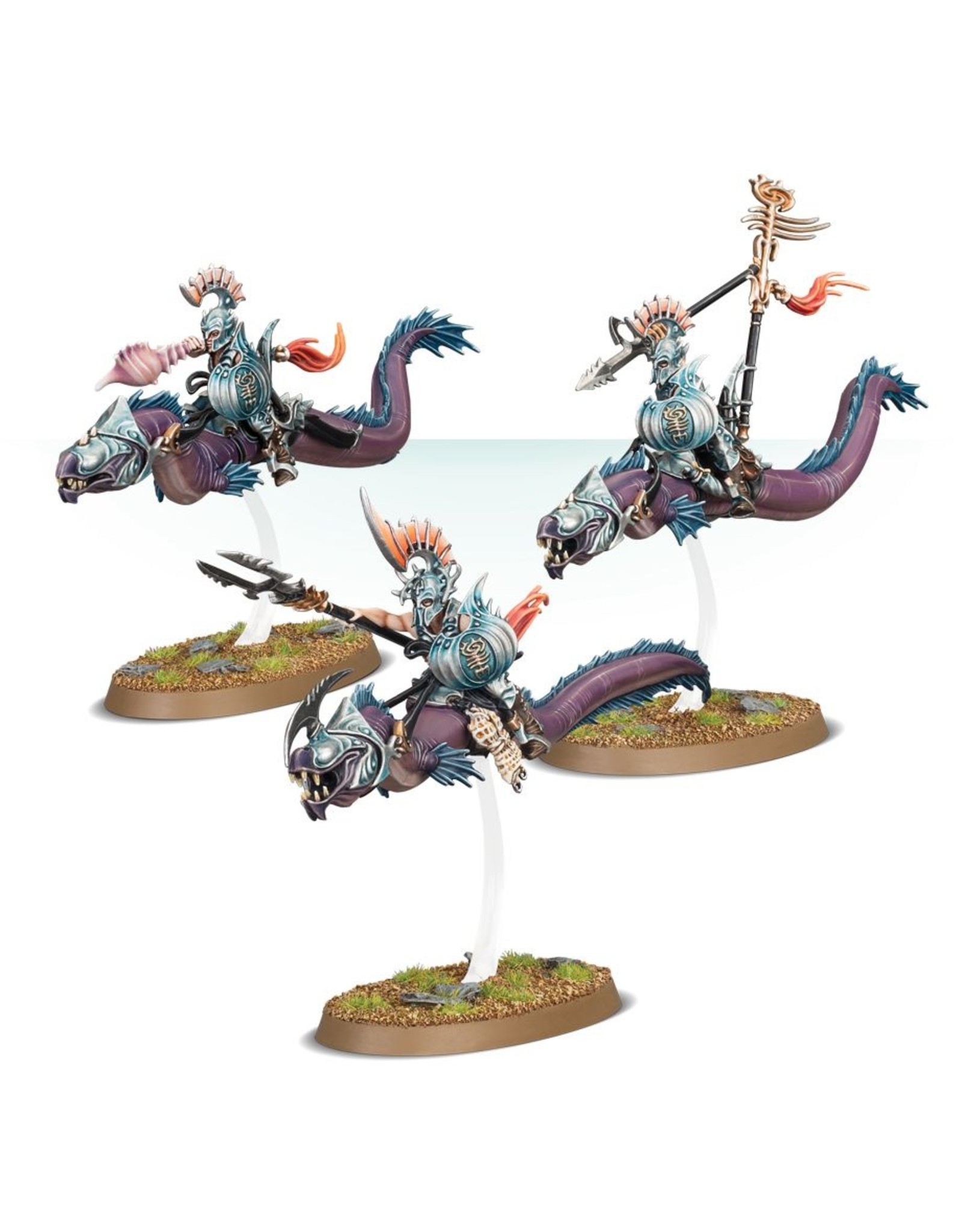 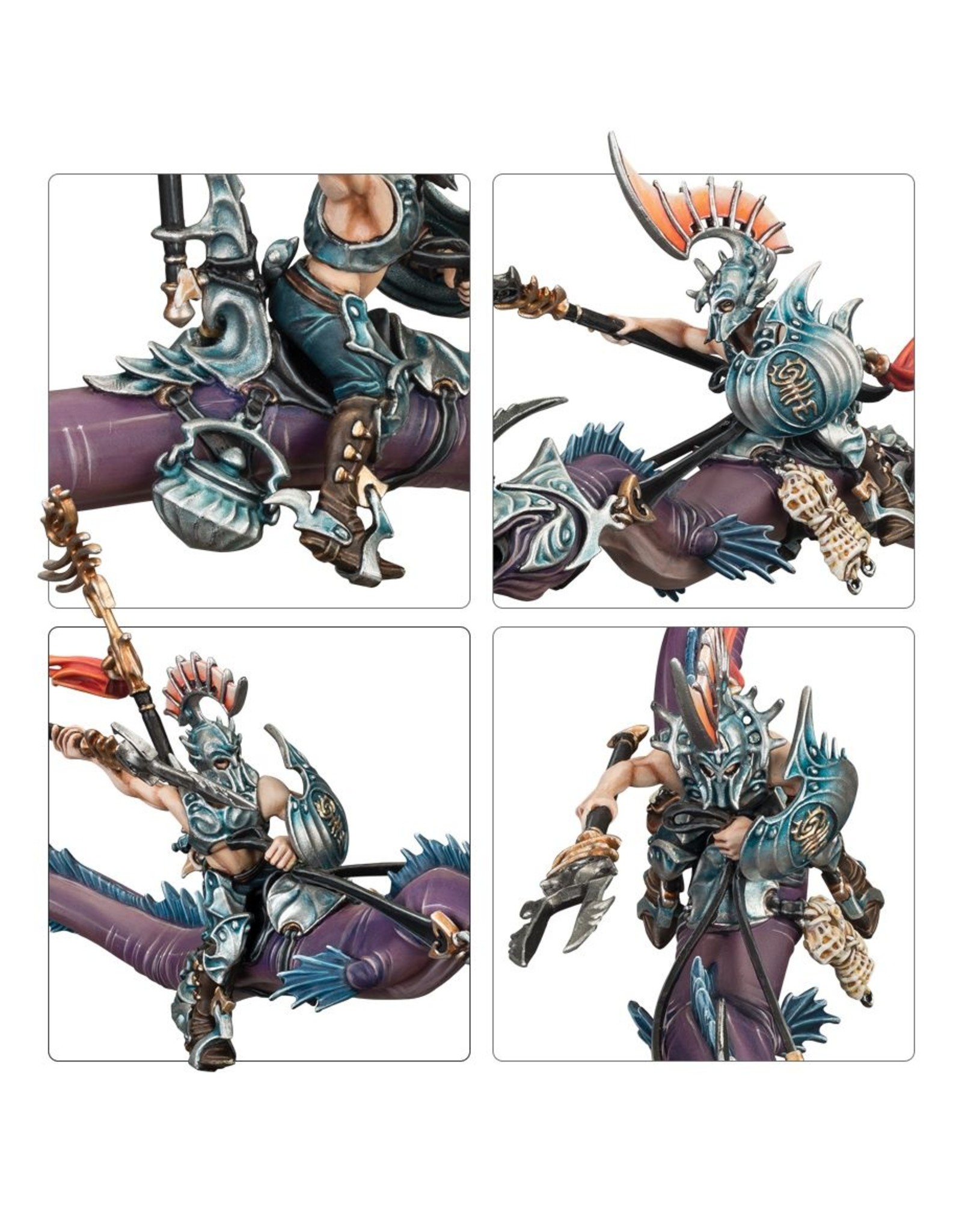 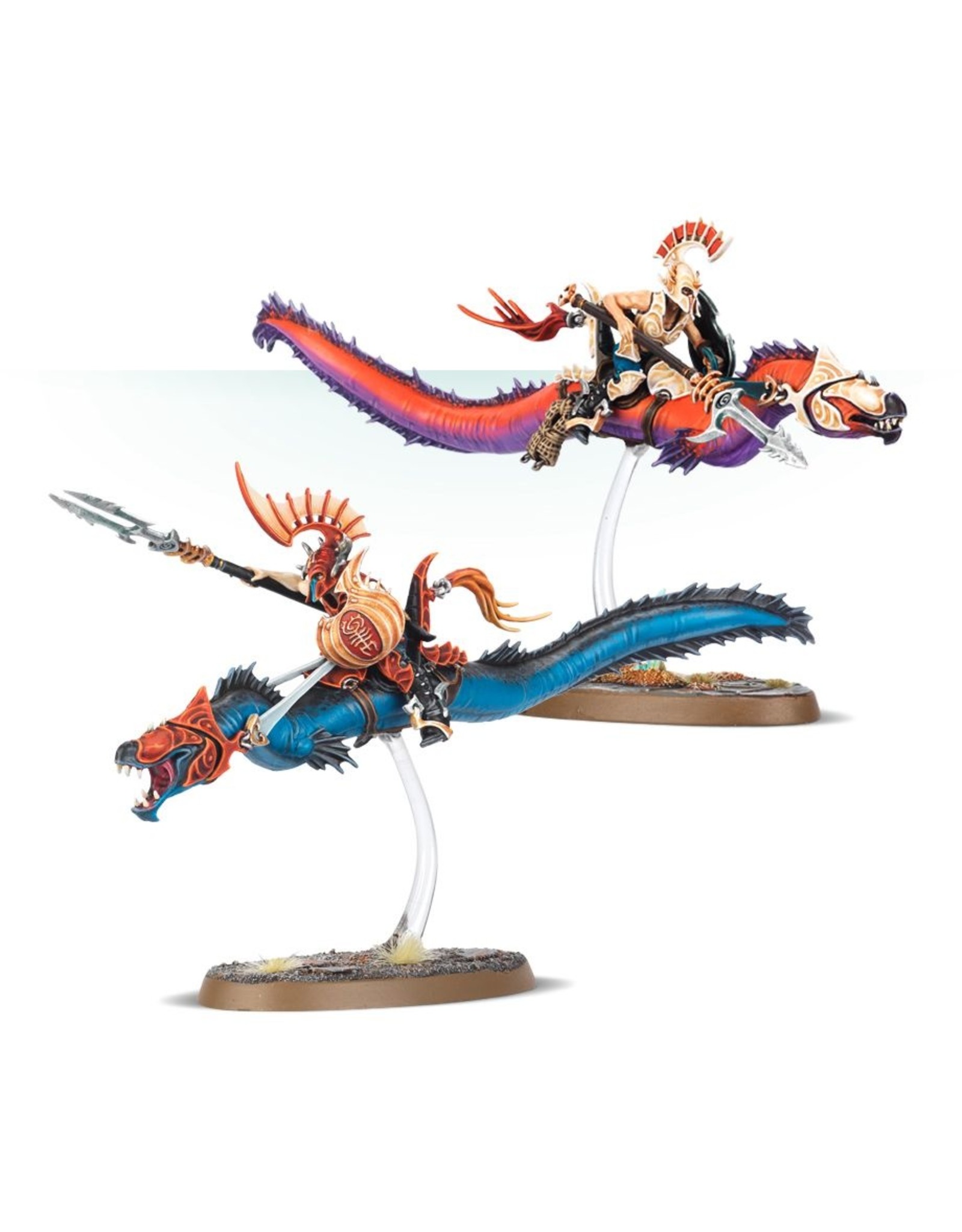 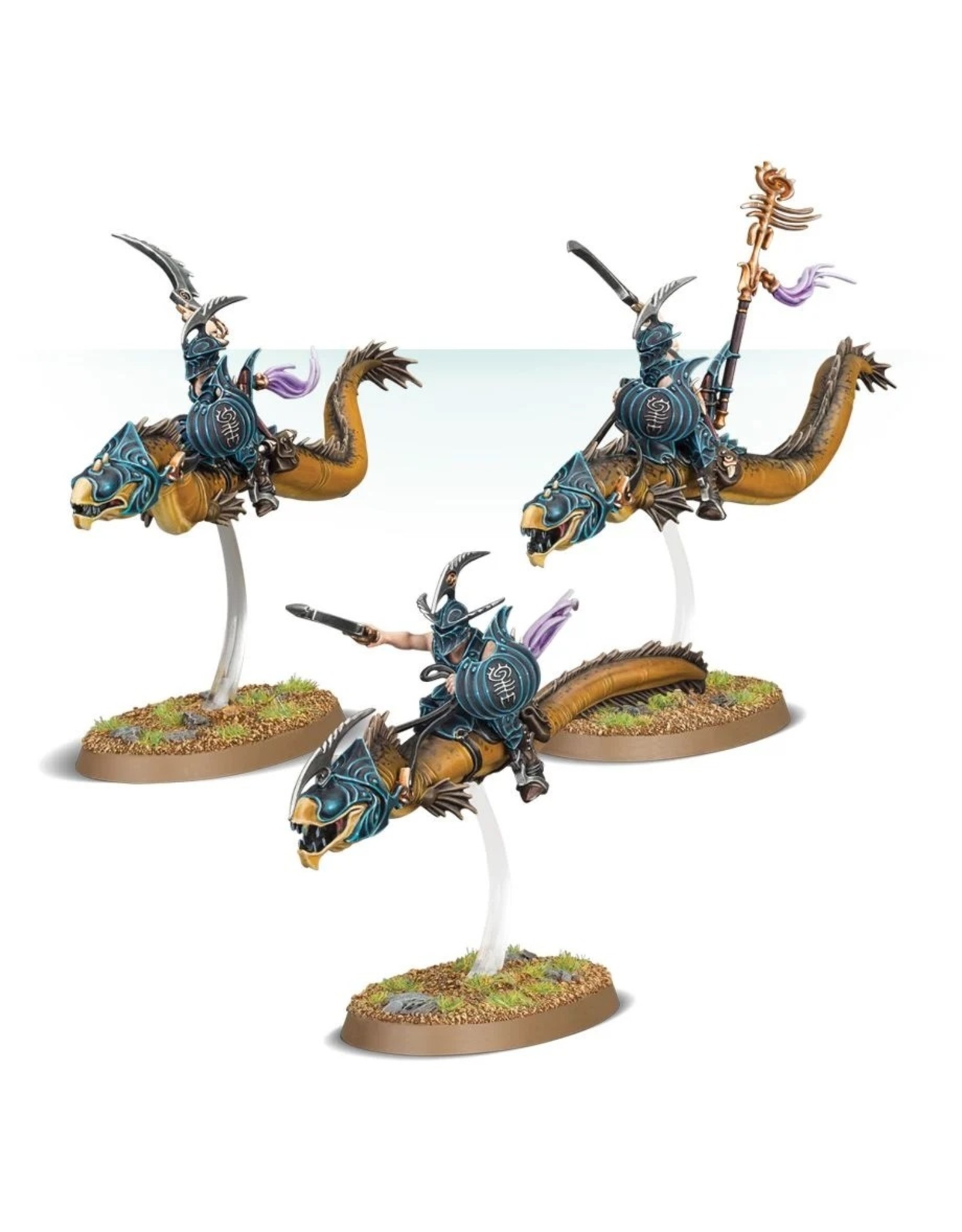 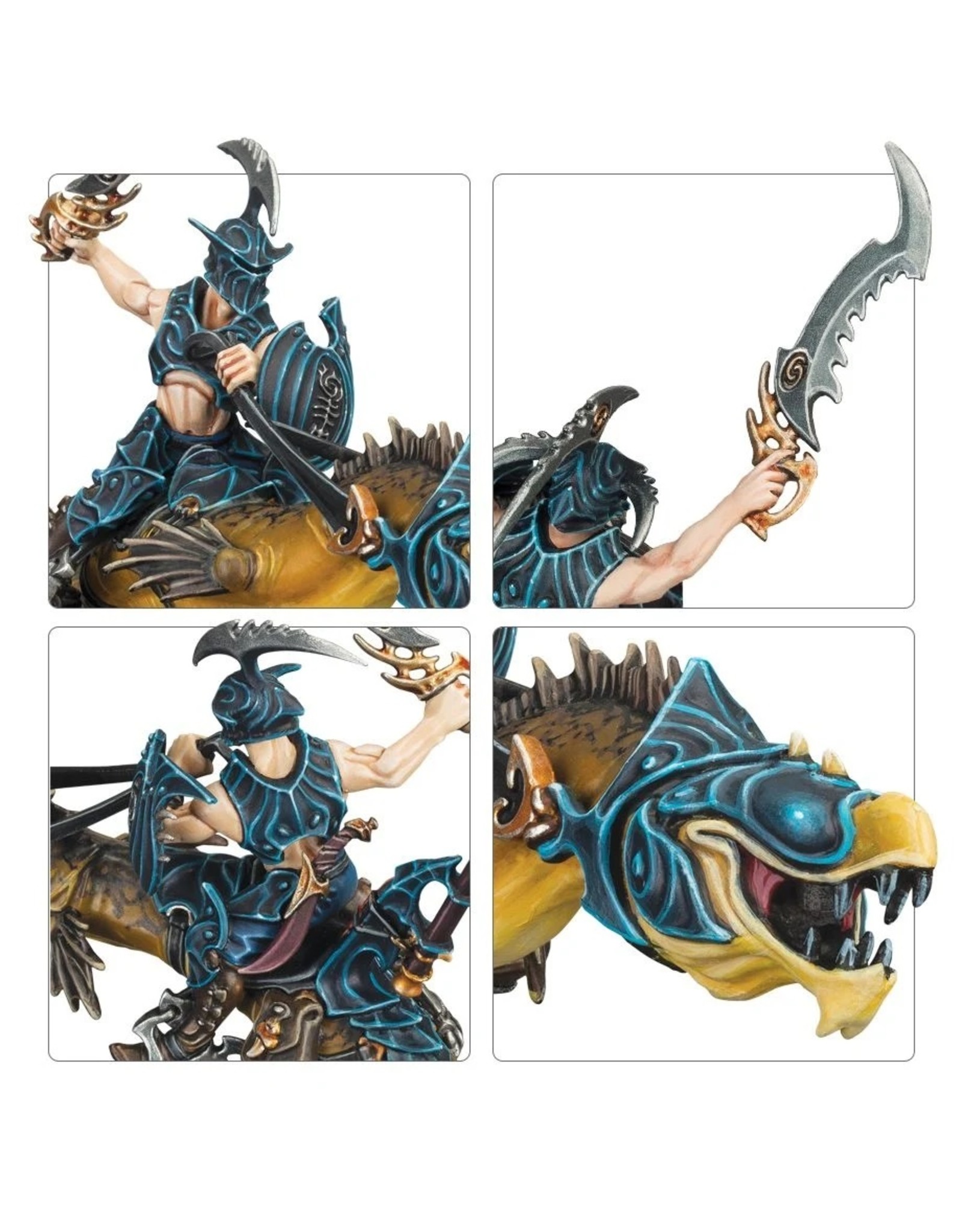 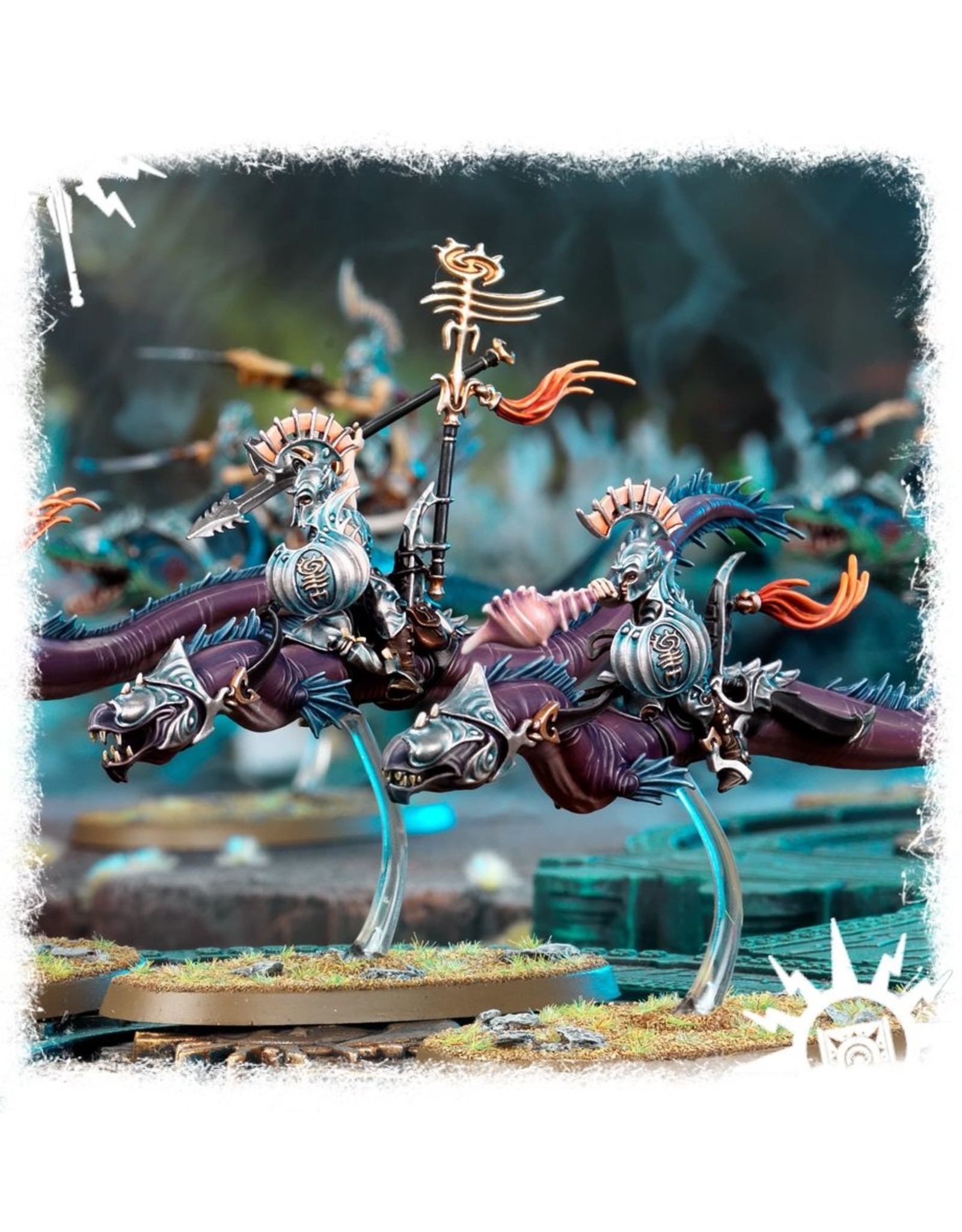 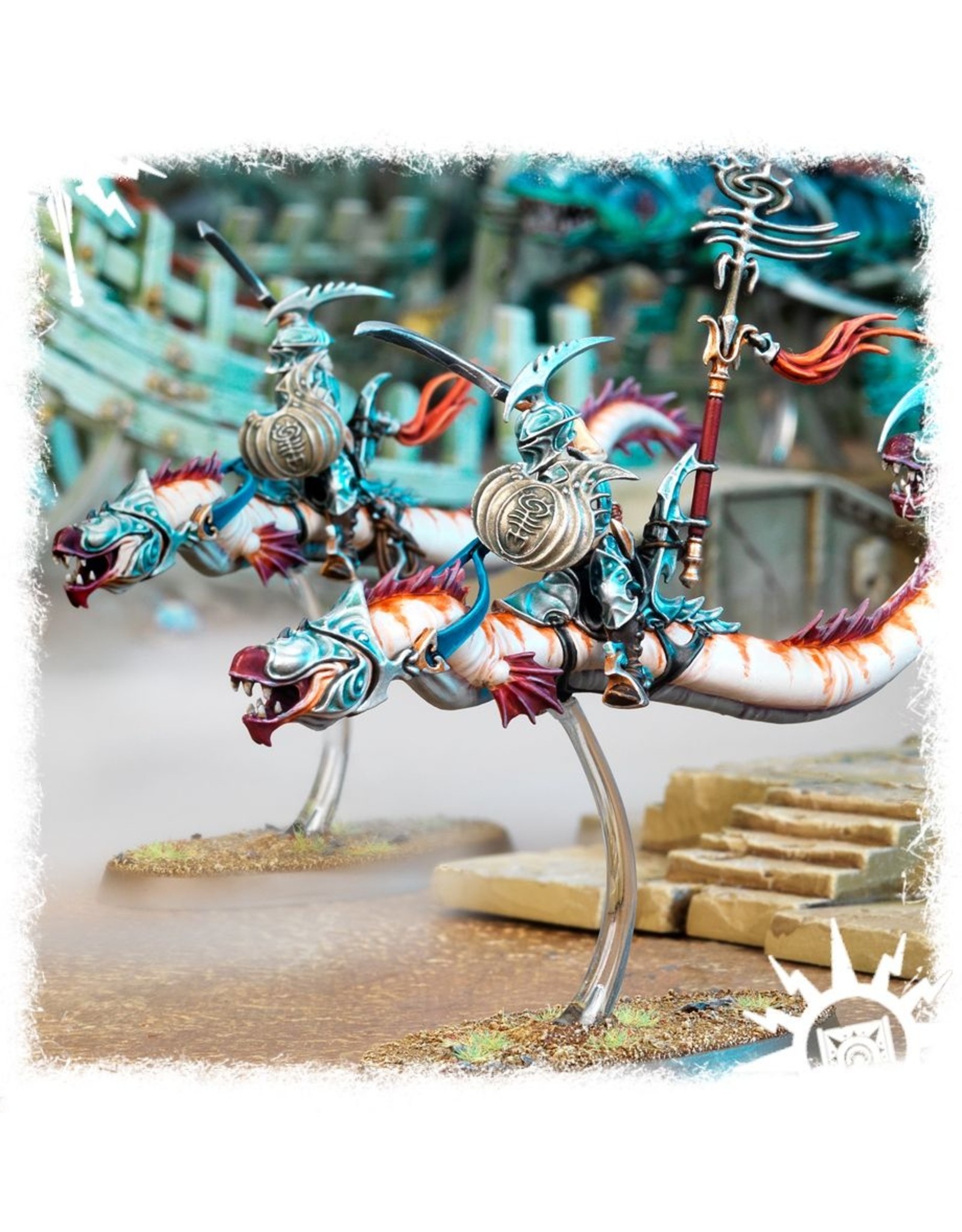 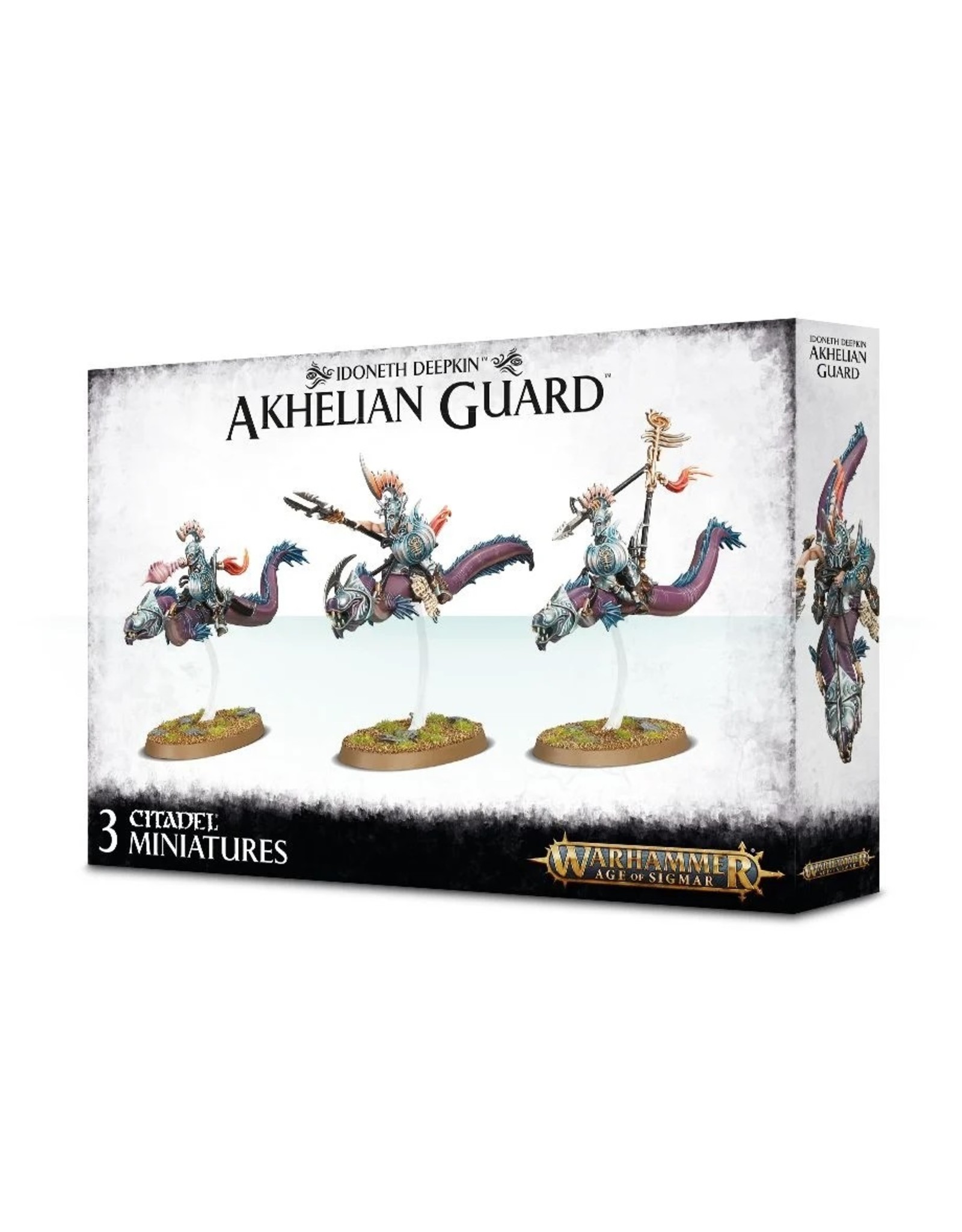 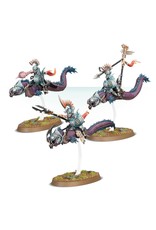 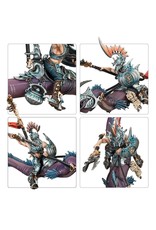 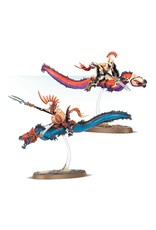 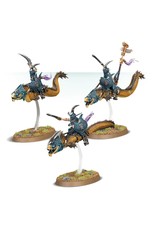 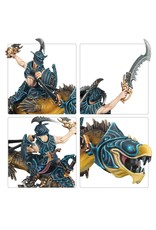 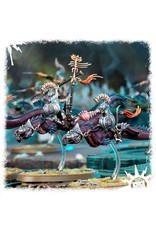 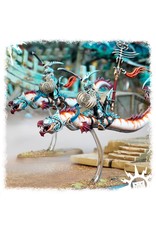 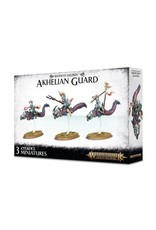 No troops exemplify the Idoneth Deepkin way of life more than the Akhelian Guard. Mounted atop Fangmora Eels, they fight in a loose formation ideal for rapid assaults and sudden retreats, typifying the hit-and-run style of war common amongst the aelves of the depths. Morrsarr Guard are armed with volt-spears and galv-shields, channeling the powerful electrical energies of their Fangmora mounts into the tips of their spears, releasing the charge as a lethal short-range bolt. Some legends tell of Morrsarr Guard formations so large that the brightness of their combined biovoltaic blasts left the entire enemy army blinded and reeling.

This multi-part plastic kit contains the components necessary to assemble 3 Morsarr Guard. Each is mounted on a Fangmora Eel, a lithe, sinuous bond-beast controlled by the armoured blinders and reins attached to their heads, attacking with their fanged maws and lashing tails. The Akhelians who ride them wear heavy armour chestplates, with their arms bare and their legs covered in mail and cloth for mobility. They wield voltspears and galv-shields, and feature splendid crests on their helmets – there is an extra, specific helmet included for the leader, a Lochian Prince, which features a sail. There are options for a musician, who carries a conch shell and has an open faceplate; and a standard bearer, whose Fangmora Eel is equipped with a towering pennant. The kit comes with plenty of accessories used to decorate the Eels and the bases – nets, ropes, bottles and lamps are included.

This kit comes as 80 components, and is supplied with 3 Citadel 60x35mm Oval bases. The kit can optionally be used to assemble 3 Akhelian Ishlaen Guard. 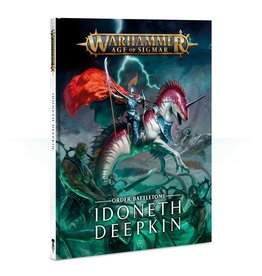 The definitive book for all Idoneth Deepkin collectors
A host of new Allegiance Abilities and Lore of the Deeps
14 Warscrolls and 6 Warscroll Battalions
Add to cart
Order Battletome: Idoneth Deepkin
$40.00 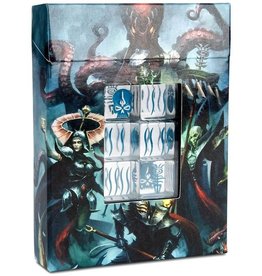 This is a set of 20 6-sided 16mm dice in a translucent blue representing the vastness and depth of the ocean from which the Idoneth Deepkin hail. Each features an Idoneth icon in place of the 6 and a skull in place of the 1, with waves on the faces in pla
Add to cart
Idoneth Deepkin: Dice
$20.00 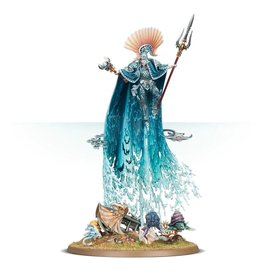 A spirit of vengeance, summoned to visit war upon the foe
Clad in an immense cloak of cascading water
Can optionally be assembled as the Aspect of the Storm
Add to cart
Idoneth Deepkin: Eidolon of Mathlann
$110.00