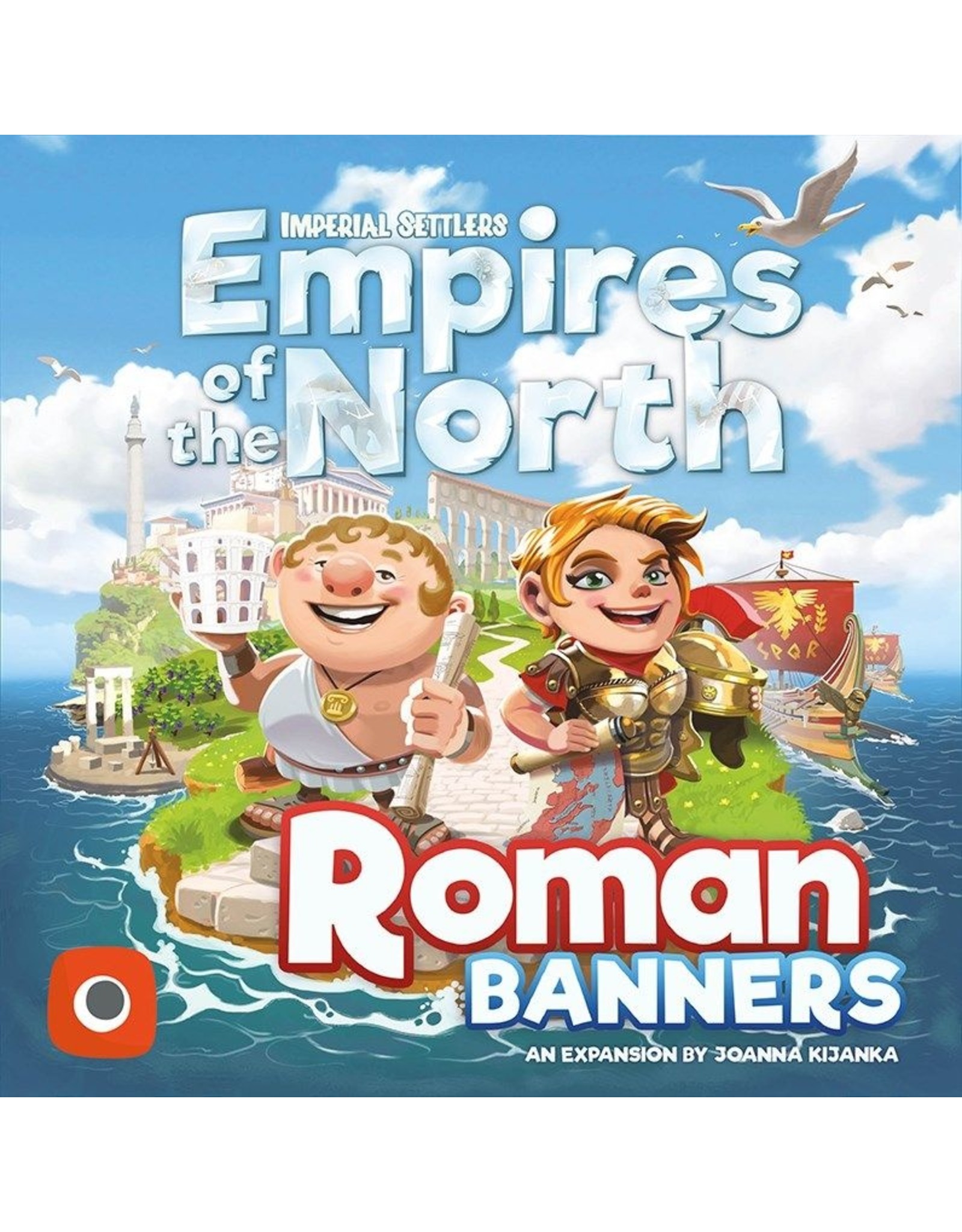 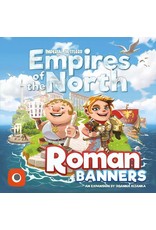 The Romans sailed far and wide looking for wealth and new realms to conquer! Their legions discovered new lands to expand their dominance and fill their reserves. It wasn't long before they found themselves in conflict with the Empires of the North.

The expansion Empires of the North: Roman Banners introduces two new Clans to the game, as well as 6 new Islands. Roman Clans offer new strategies and solutions, such as rebuilding previous Locations into majestic structures with enhanced power.

The clan of mighty Flavian expands its empire by relying on previously built structures and foundations. The more has been built, the easier it gets to acquire new structures. The Clan introduces a new mechanic of building on foundations.

The expansion includes also 6 additional Island cards (4 Nearby and 2 Distant Islands) with new abilities increasing the replayability of the game even further. 4 new score tokens in colors matching the clan wooden markers can be used as a replacement for the score tokens found in the base game.

*Not a standalone game - requires a copy of Imperial Settlers: Empires of the North to play.

Add your review
0 stars based on 0 reviews
Designer: Joanna Kijanka /