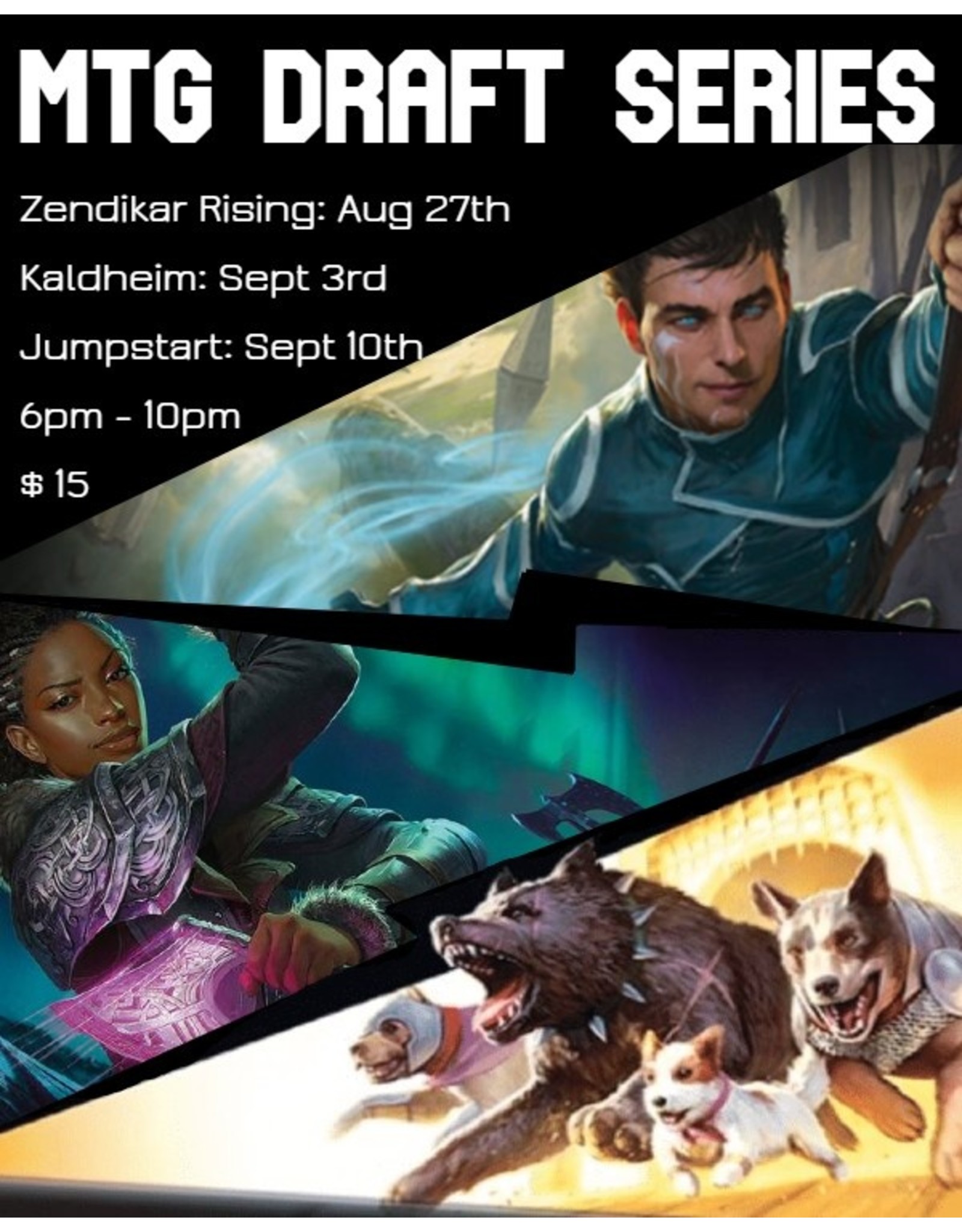 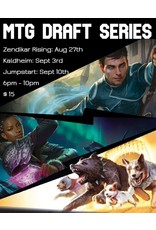 We are pleased to announce our next MtG Draft Series. This is a new format we are testing out which rewards players who participate in the entire series with a special exclusive event. The exclusive event will feature a unique draft event from a special Magic set.

The MtG Draft series will continue to focus on Magic sets we were unable to hold in-person events for due to the pandemic. Our second series will feature the following sets:

Thanks to everyone who helped make the first series a success! We hope the second series is as unique and enjoyable for all the participating players.

The exclusive event in this series will be a unique Jumpstart sealed event. Players will receive three Jumpstart booster packs and pick their favorite two to play with each game. Instead of prizes, everyone will get to keep all three packs they opened at the end of the event.

Prizes: There will be prizes for the two drafts in this series but not for the Exclusive Jumpstart event.