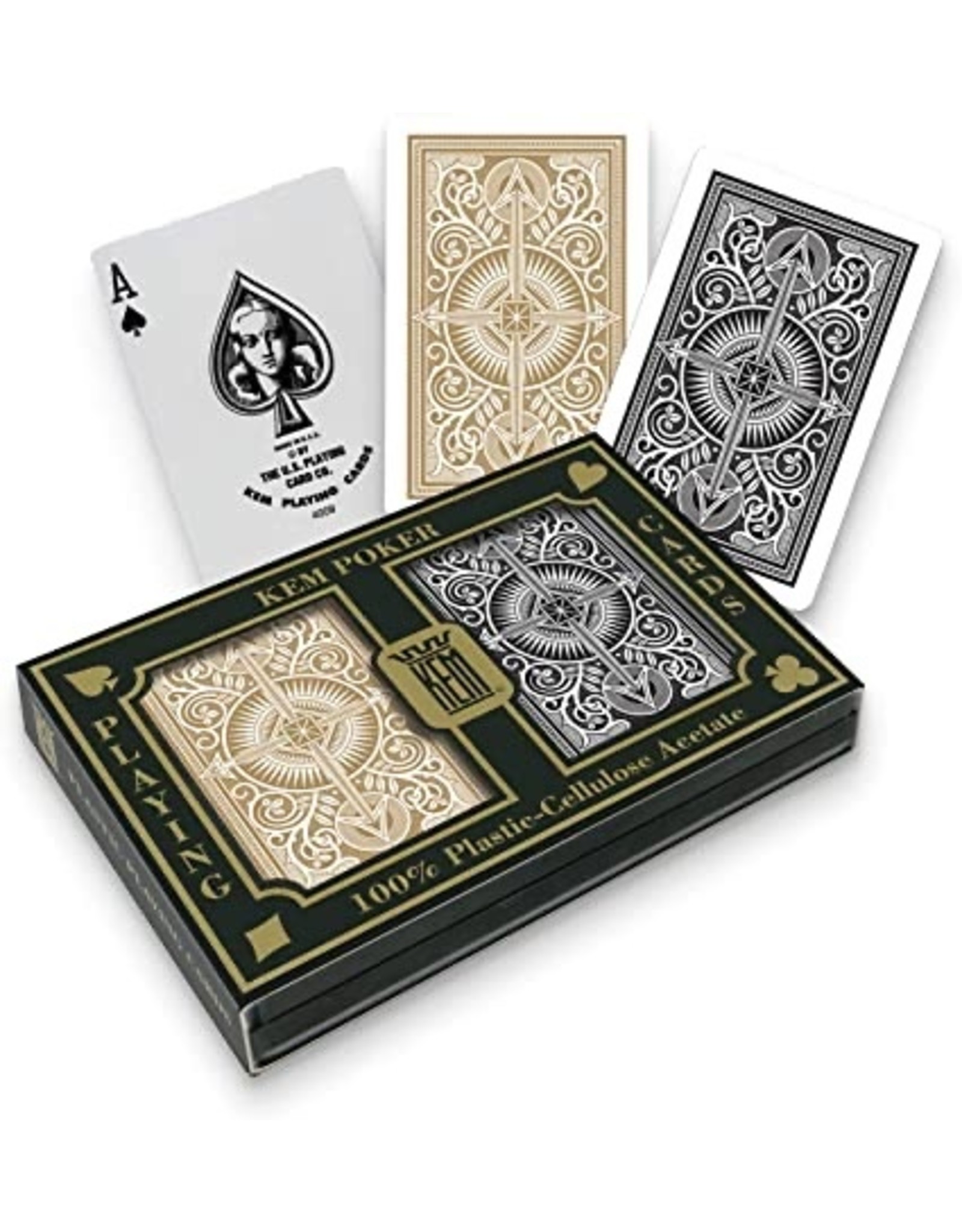 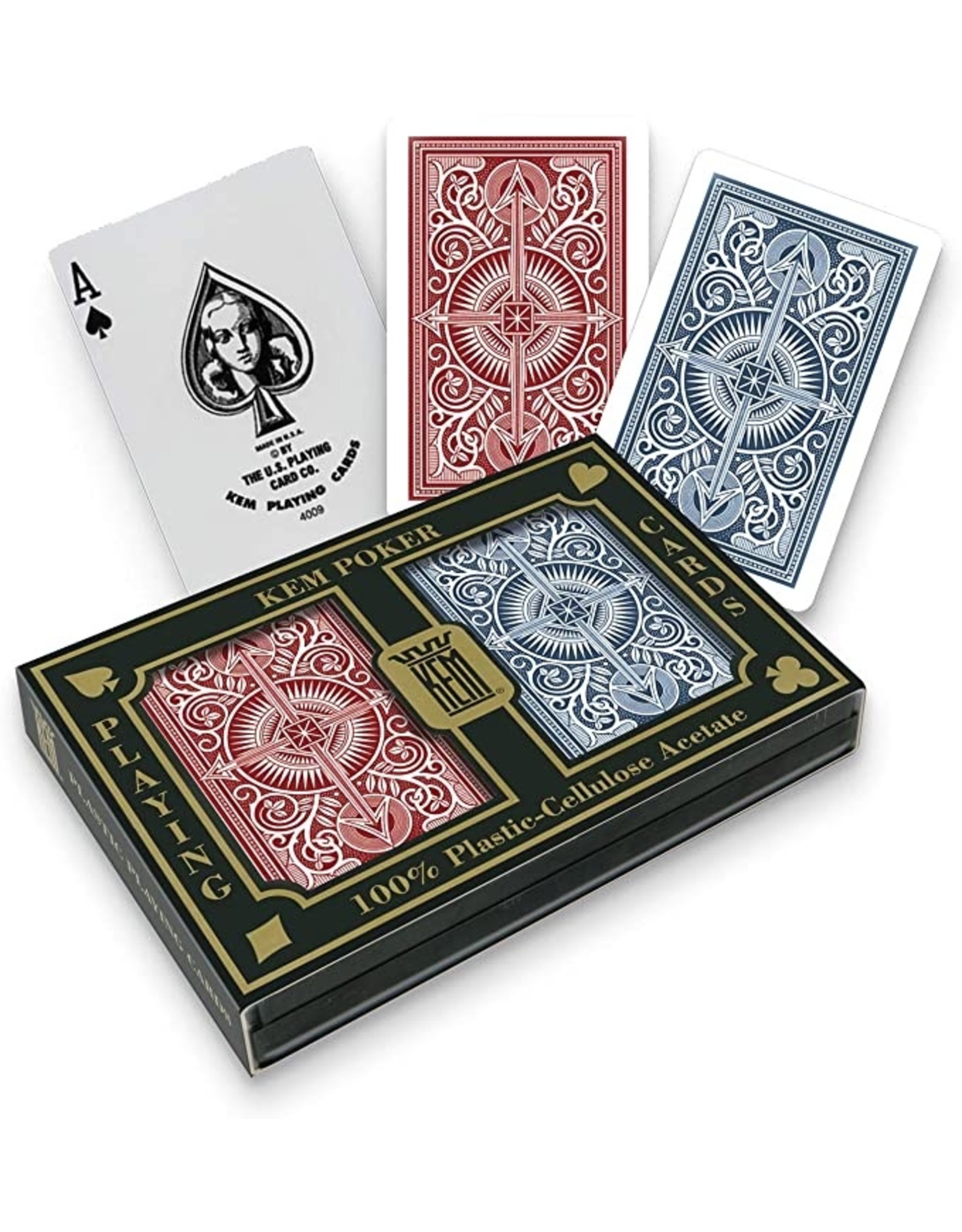 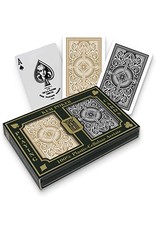 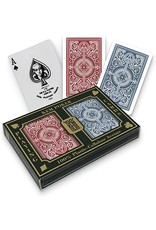 These cards are Narrow (bridge) size with a regular (standard) index. Narrow (bridge) size cards measure 2.25" x 3.5." Each set contains two decks of cards, that are made from 100 percent cellulose acetate plastic. Each card set is protectively packaged in a black plastic and is individually retail packaged.

So What are KEM Cards?

KEM Plastic Playing Cards have been around for more than 60 years. They were originally manufactured by the KEM Card Company, but that company was bought out by the United States Playing Card Company in 2004.

KEM cards can handle wear and tear. KEM’s high performance cards will last longer, shuffle better and deal in such a manner that you will never want to play with anything else again.

KEM playing cards are ideal for blackjack, poker, Caribbean Stud, bridge, pinochle and any array of other games. We've heard hundreds of stories from loyal customers who purchased their first set of KEM cards decades ago and are still using those same cards in their games today. Take care of your KEM Cards and they will take care of you!

Protection For Your Playing Cards

All Decks (except the WSOP and Casino cards) come with the KEM hard black plastic case, except the Casino's which come in the KEM brown cardboard box and the Wide's which are packaged in single cardboard boxes. 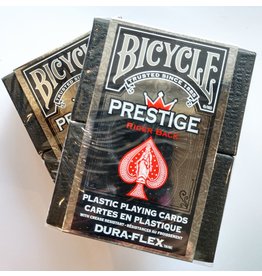 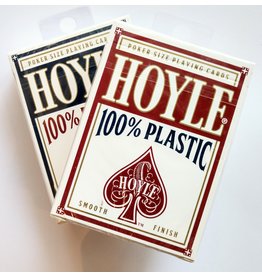