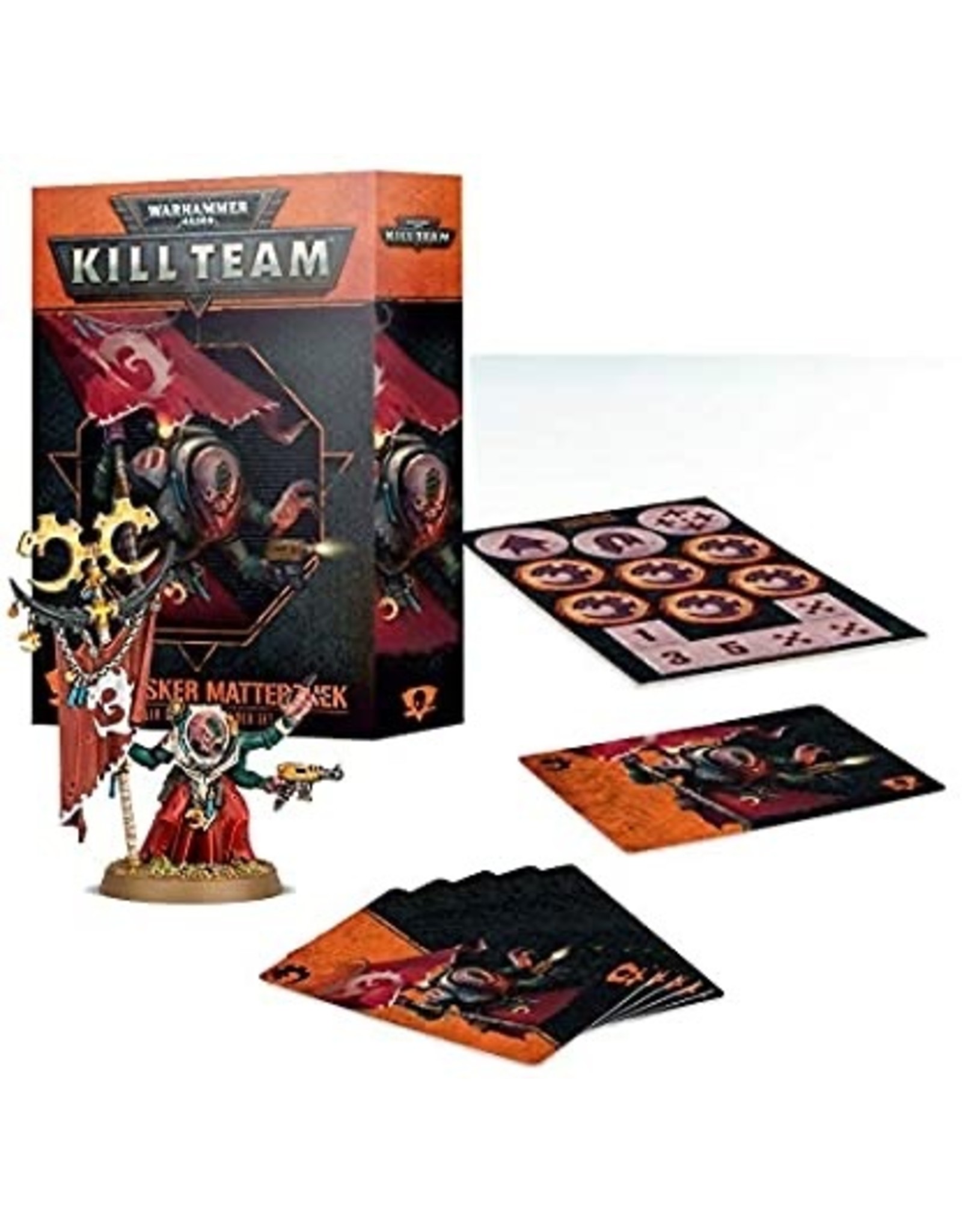 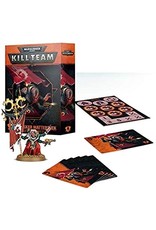 Crasker Matterzhek of the Elevated Siblings bears the standard of his kindred, a sacred duty given to him by Primus Desh. The icon of Grandsire Wurm must be seen from the highest vantage point, to boost the rebellion’s morale in this vital hour – with the cult’s most experienced kill team alongside him, Crasker feels sure he will make it to the very tip of the sprawl’s tallest spire. Perhaps he will raise it so high that the Star Children will see him, and grant him the desire he so fervently desires...

Add a Commander – a powerful hero character with unique abilities and rules – to your Genestealer Cults kill team with this set. It contains a multipart plastic Acolyte Iconward miniature, a set of cards packed with exclusive rules and a sheet of tokens for use in-game:

- An Acolyte Iconward: this multipart plastic kit is used to represent Crasker Matterzhek – or the Commander of any Genestealer Cults kill team you wish – armed with an autopistol, blasting charges and rending claws the Iconward clutches his cult’s sacred banner hoisting it aloft to inspire his broodkin to surge forward in a wave of indiscriminate violence
- A datacard for Crasker Matterzhek, featuring his characteristics, weapons, abilities and specialisms, along with a card featuring his background
- A card featuring Crasker Matterzhek’s skill tree – Acolyte Iconward specialisms which can only be used by that character
- 4 Broodmind discipline psychic power cards
- 5 Genestealer Cults Commander Tactics Cards, including 2 Tactics exclusive to this set
- A sheet of tokens for use in games of Kill Team – this includes 1 Move/Charge token, 1 Fall Back/Advance token, 1 Ready/Shoot token, 6 Tactic/psychic power tokens, 3 wound tokens, and 3 objective tokens.