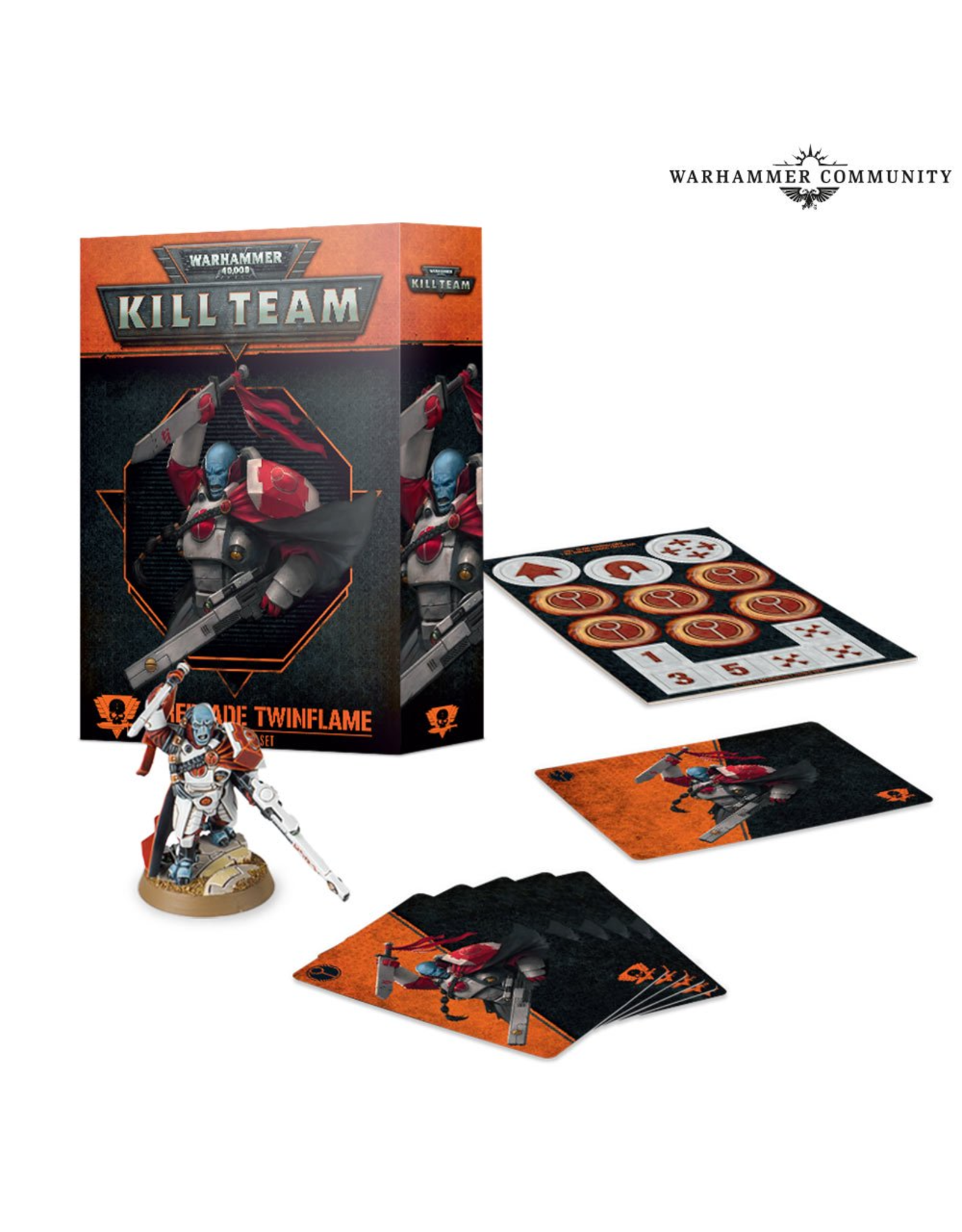 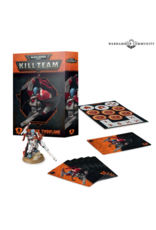 Shas’nel Twinflame specialises in infantry close assault. It is he that trained Advance Team Starpulse in the academies of Vior’la, and he that tempered their hot-blooded hunger for battle with the strict discipline of the Fireblade’s art. Twinflame believes that his technique of overlapping fields of infantry firepower – known as Vashi’va – has the potential to save the lives of thousands of future Fire Warriors and Pathfinders. He leads Advance Team Starpulse to war hoping to prove his theory sound.

Add a Commander – a powerful hero character with unique abilities and rules – to your T’au Empire kill team with this set. It contains a multipart plastic Cadre Fireblade miniature, a set of cards packed with exclusive rules and a sheet of tokens for use in-game:

- A Cadre Fireblade: this multipart plastic kit is used to represent Shas’nel Twinflame – or the Commander of any T’au Empire Kill Team you wish. His armour is elaborate, with T’au symbols adorning the various panels, and he holds aloft a large bonding knife, a long-barrelled pulse rifle with marker light at his hip.
- A datacard for Shas’nel Twinflame, featuring his characteristics, weapons, abilities and specialisms, along with a card featuring his background
- A card featuring Shas’nel Twinflame’s skill tree – Cadre Fireblade specialisms which can only be used by that character
- 7 T’au Empire Commander Tactics cards, including 2 Tactics exclusive to this set
- A sheet of tokens for use in games of Kill Team – this includes 1 Move/Charge token, 1 Fall Back/Advance token, 1 Ready/Shoot token, 6 Tactic/psychic power tokens, 3 wound tokens, and 3 objective tokens 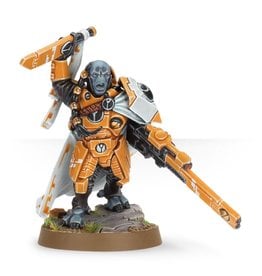