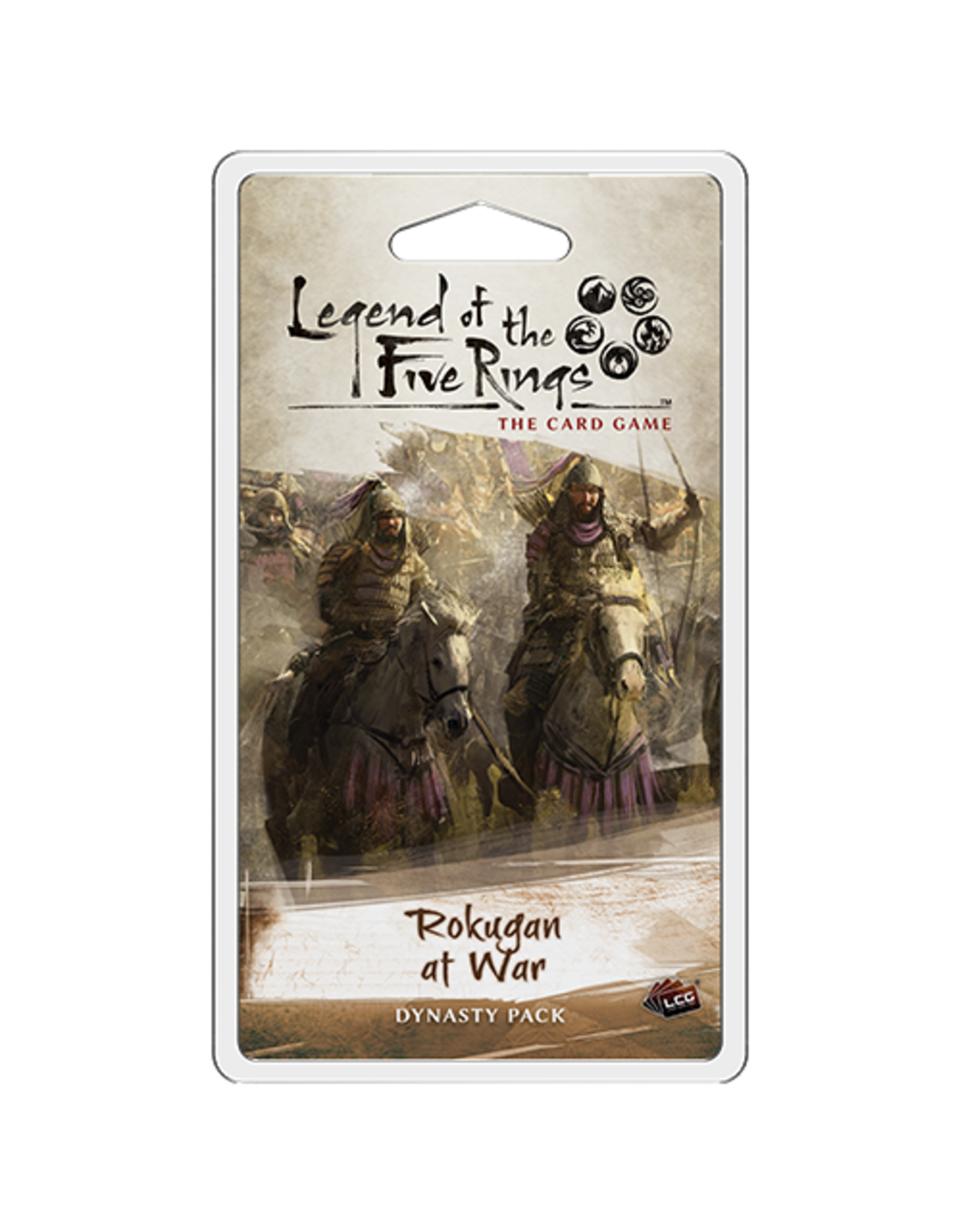 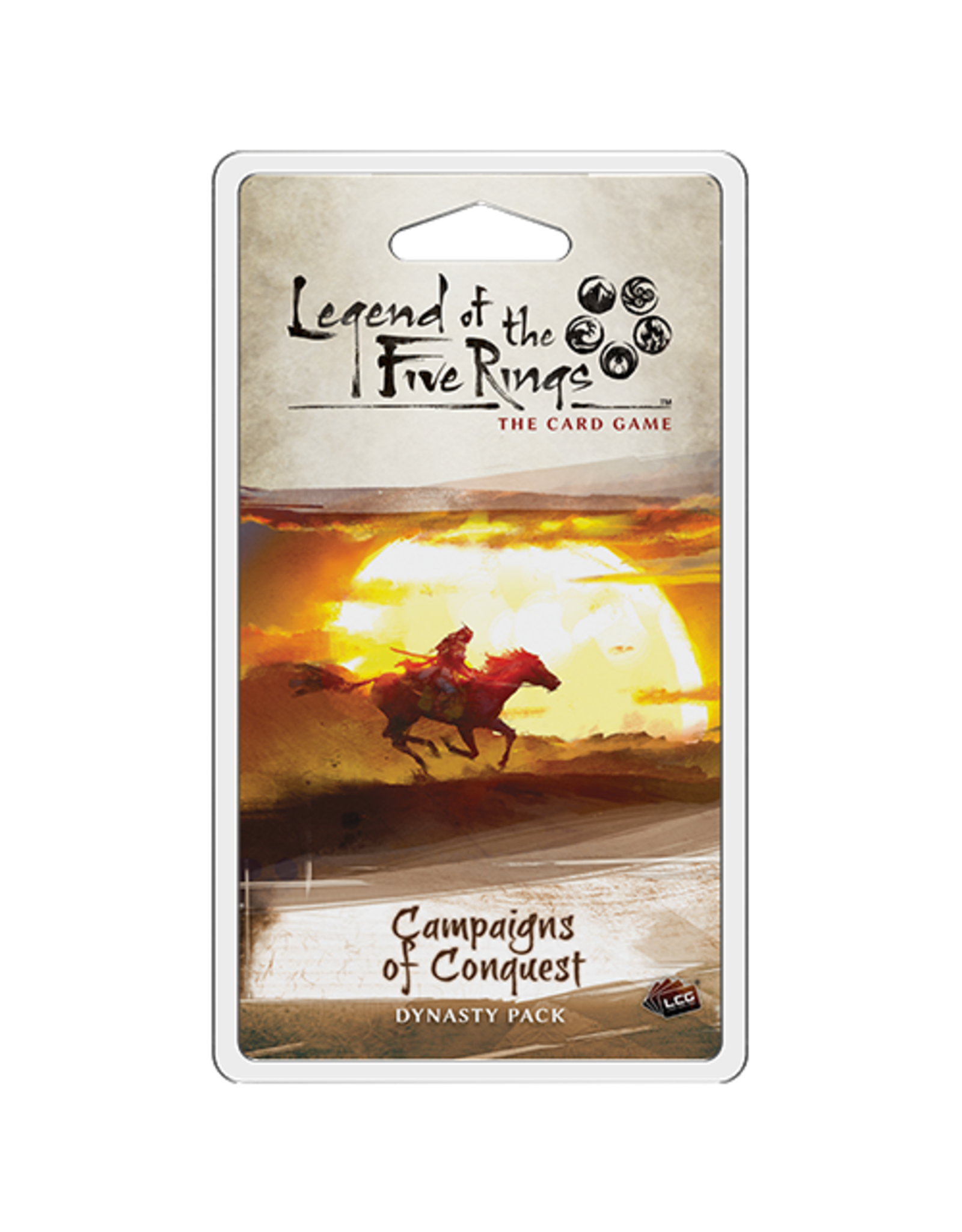 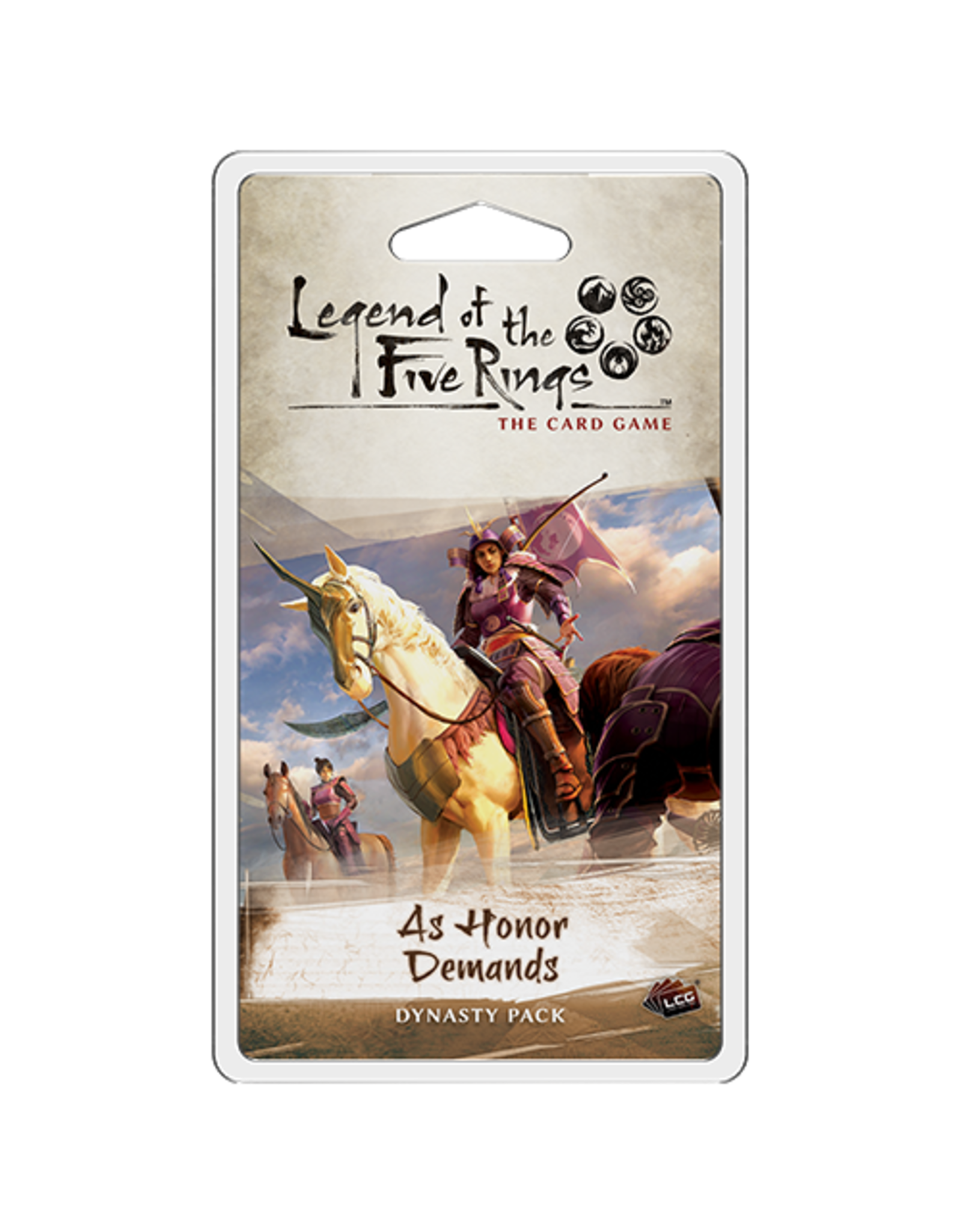 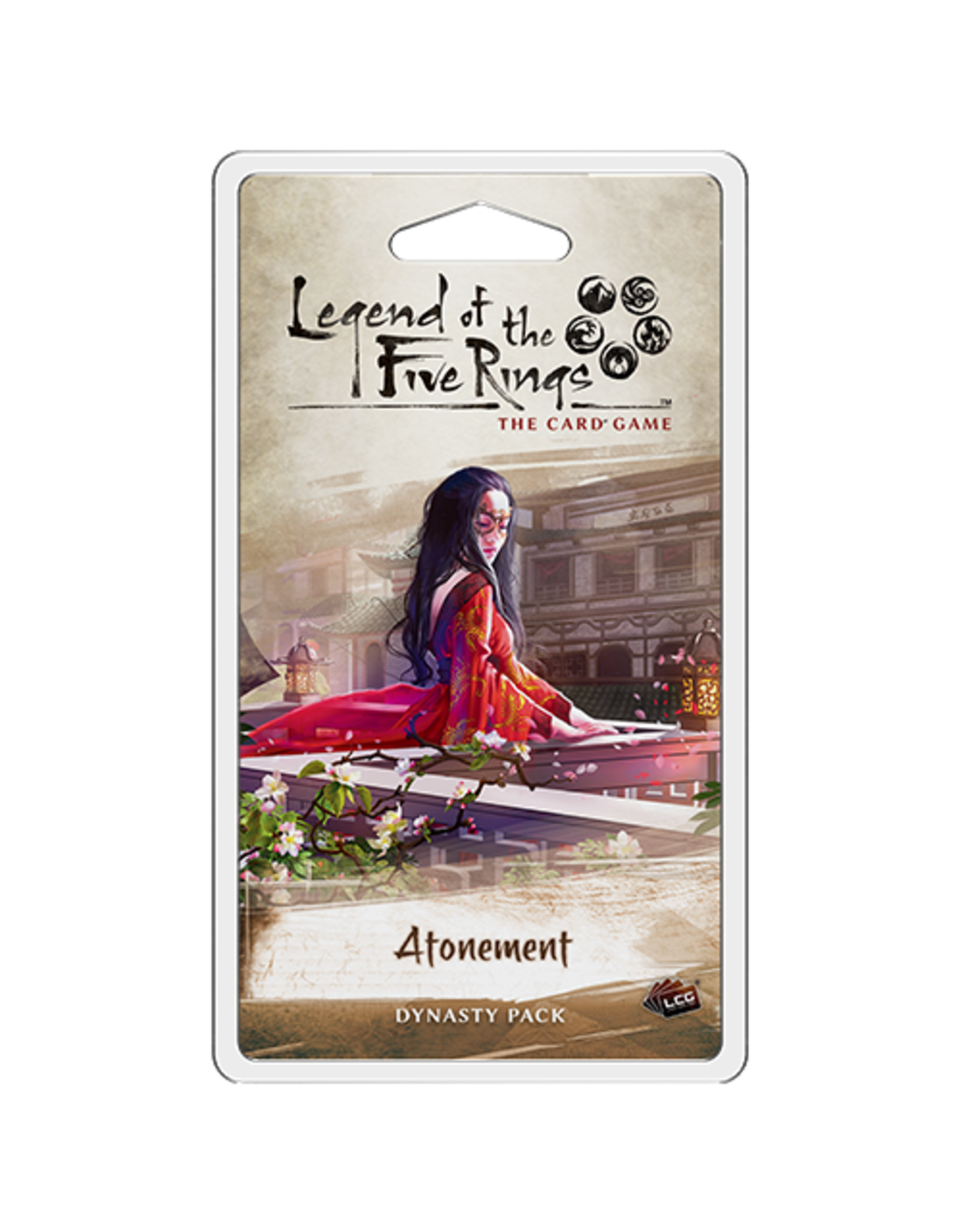 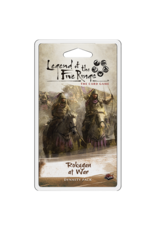 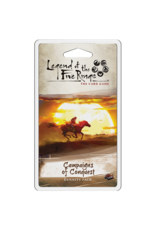 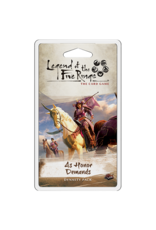 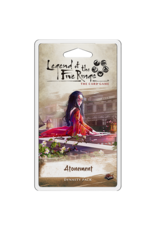 Legend of the Five Rings LCG

In the chaotic times ahead, with war on the tip of everyone’s tongue, the Great Clans of Rokugan will have to take stock of their resources. It’s time to raise armies, take to the court, and fight for your land. The Emerald Empire is at war, and nothing will ever be the same.

Jump into the fray with Rokugan at War, the first pack of the Dominion cycle for Legend of the Five Rings: The Card Game!

Rokugan at War features 60-new cards to augment your favorite decks (3 copies each of 18 different cards and 1 copy each of 6 different cards) and introduces new mechanics that place an emphasis on a player’s provinces. Whether this means starting the game with a province faceup with the new Eminent keyword or overfilling a province with the powerful new Rally ability!

In the aftermath of the Emperor’s death, the Great Clans of Rokugan scrabble for power. Some search for certainty amidst the storm, others use the chaos in the Imperial City to solidify their own base of power. The virtues of Bushidō have guided samurai from every clan through countless dangers, but the pressure is building and the cracks in the Empire are beginning to show…

As the next piece of the Dominion cycle for Legend of the Five Rings: The Card Game, Campaigns of Conquest leans into the biggest themes of the cycle, boasting three dynasty deck events and nine cards with the new rally keyword. New cards for each of the seven Great Clans enhance their deckbuilding options, while a new Lion stronghold invites Lion Clan players to explore a new type of deck centered on your Bushi. Can you safeguard the future of the Emerald Empire and uphold your clan’s honor?

In every part of the Emerald Empire, noble samurai are pushed closer to destruction by the rapidly changing fortunes of the Great Clans. Though the natural order has been disturbed, there are still clans and samurai who choose to hold fast to their ideals—but will those ideals ultimately lead them safely through the storm or condemn them to devastation?

As with the other Dynasty Packs of the Dominion cycle for Legend of the Five Rings: The Card Game, As Honor Demands puts the focus squarely on your provinces, with the new eminent and rally keywords and an assortment of dynasty events that are played from your provinces. Beyond these themes shared across the entire cycle, this pack in particular offers a host of ways for players to increase their honor, unlocking new paths to victory for the Great Clans.

The pursuit of honor lies at the core of samurai life. Though different clans may seek to attain honor in different ways, or even have different definitions of what it means, at least maintaining the appearance of honor is essential to life in Rokugan—and no less essential for your games of Legend of the Five Rings: The Card Game.

As the sixth Dynasty Pack in the Dominion cycle, the cards in the Atonement Dynasty Pack command attention with the new eminent and rally keywords, while also giving every Great Clan the tools they need to fight for honor. With a new Dragon stronghold, two new province cards, a World Champion-designed card, and a card created in conjunction with the Legend of the Five Rings community, Atonement is a Dynasty Pack that no fan will want to miss.

*This is not a standalone product. A copy of the Legend of the Five Rings: The Card Game Core Set is required to play. 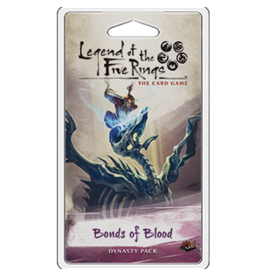 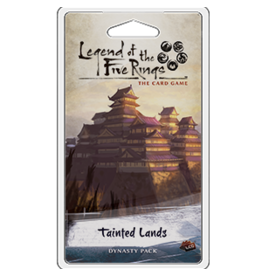 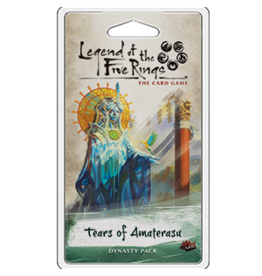