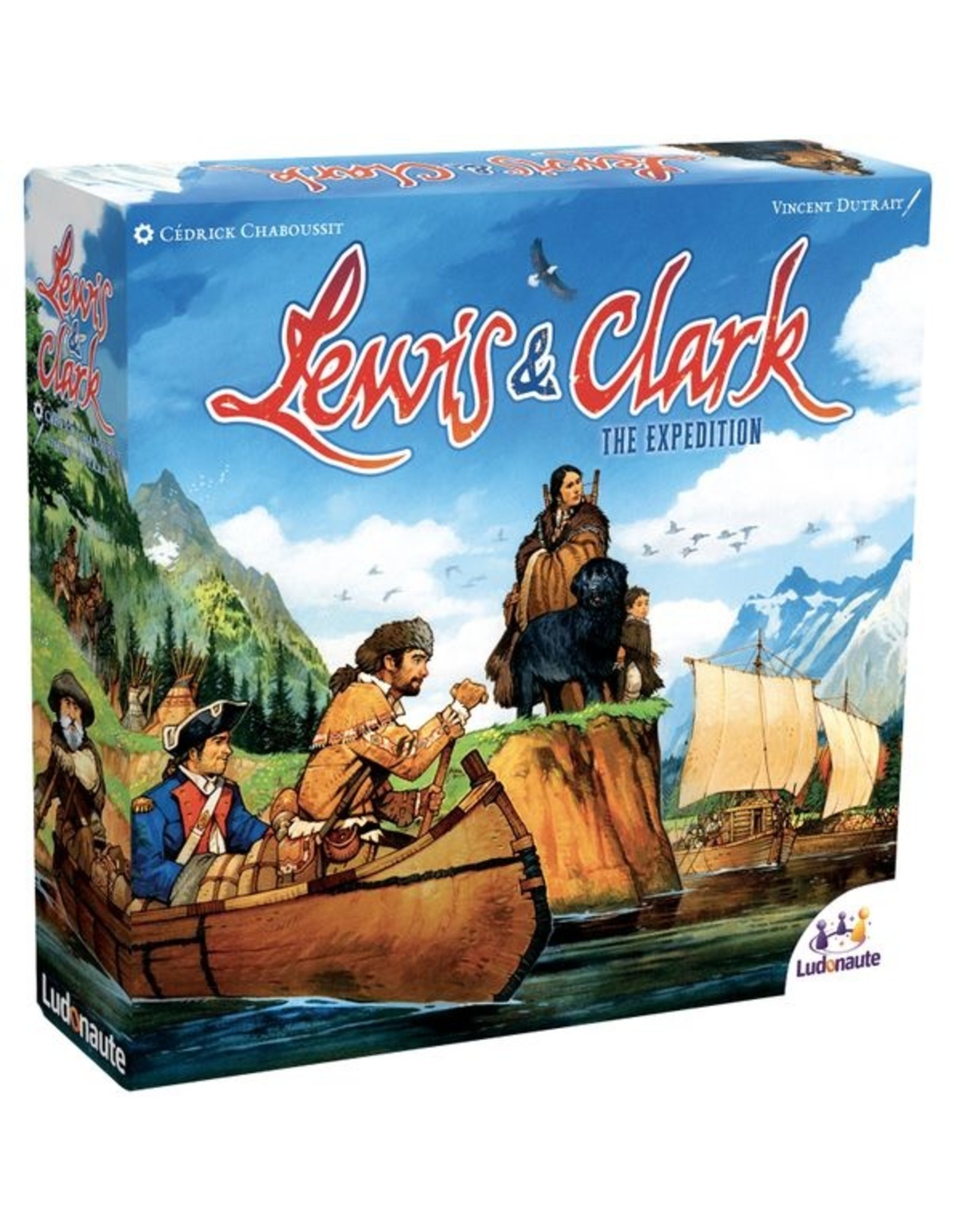 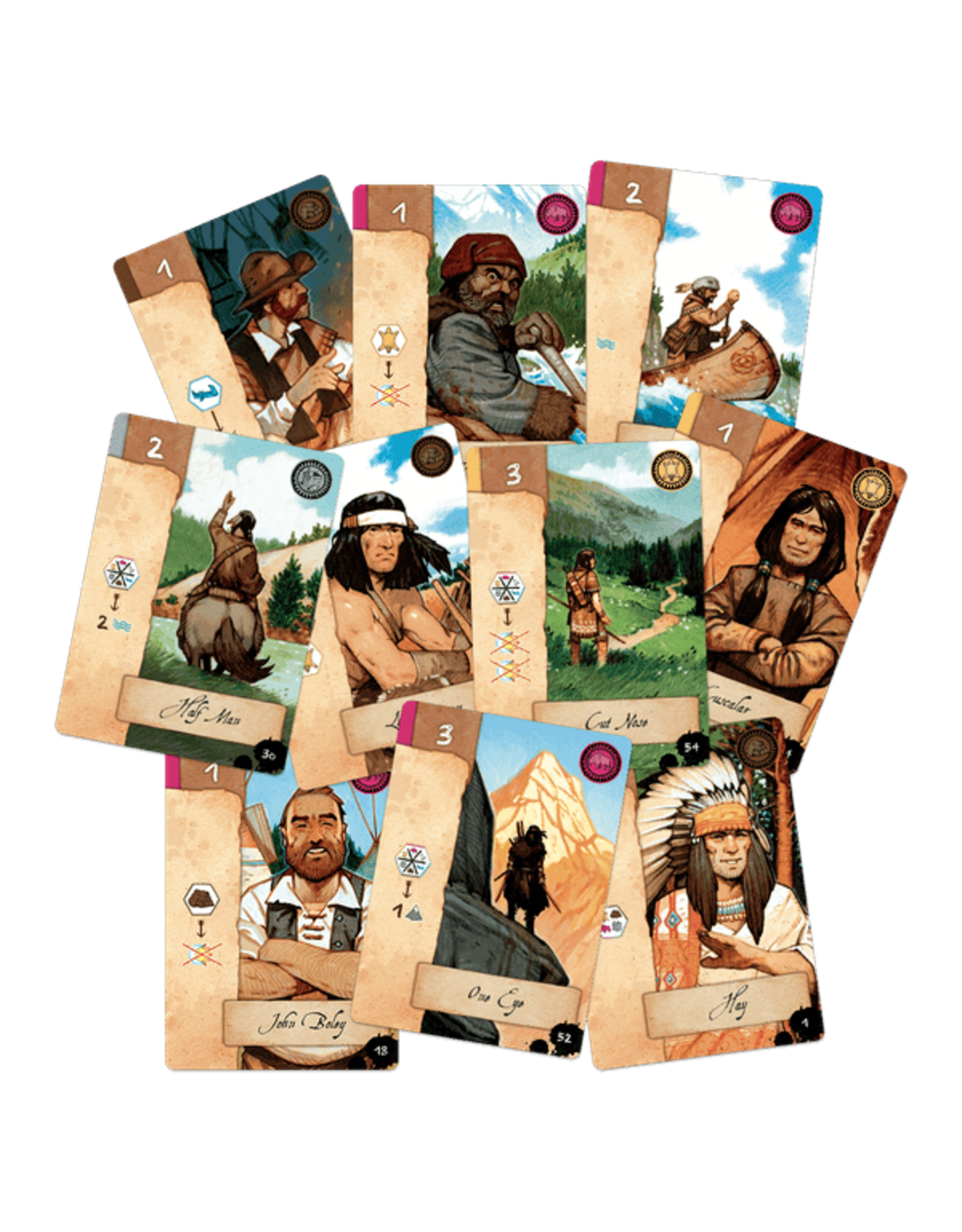 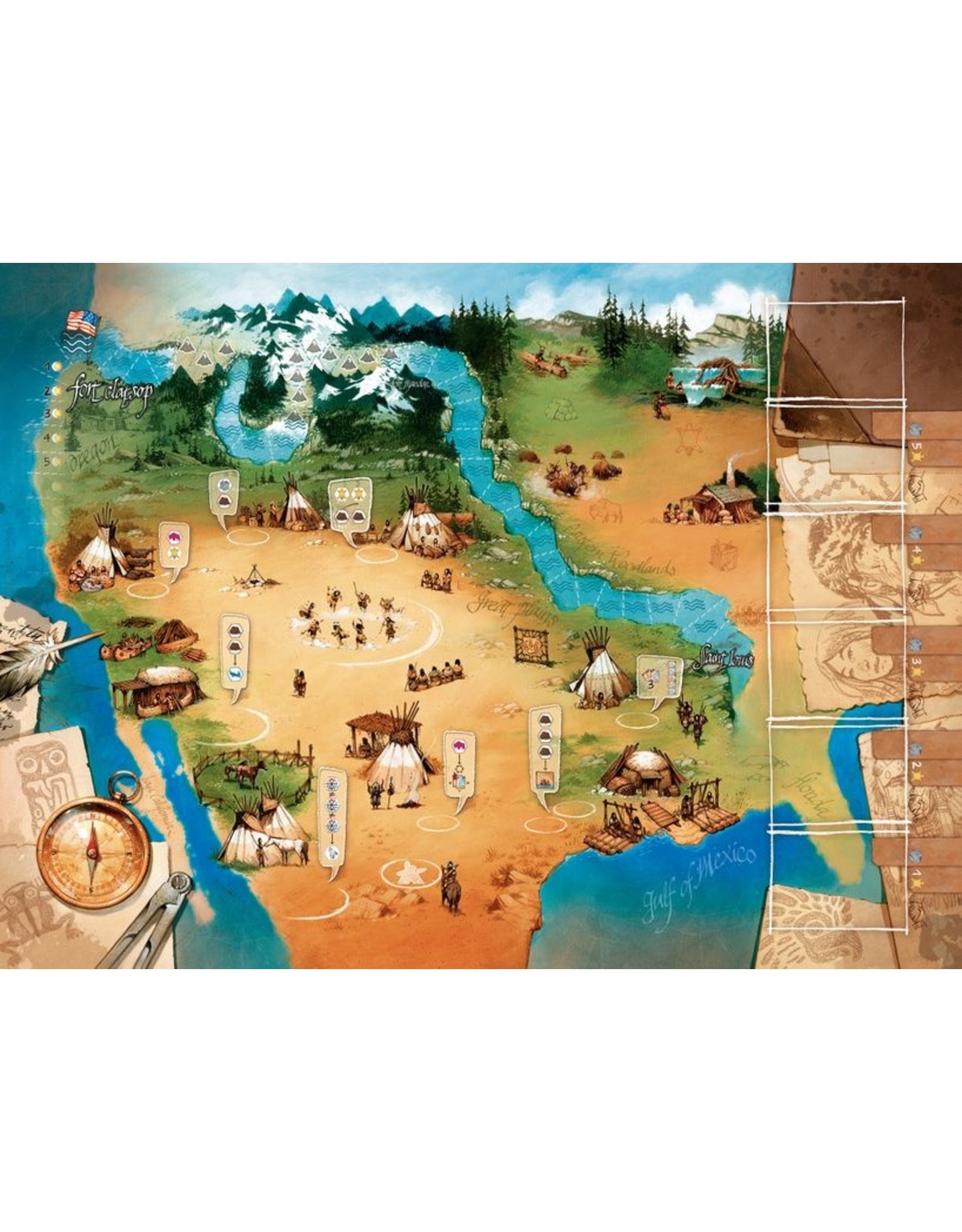 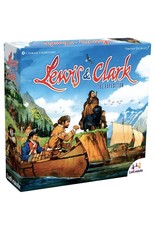 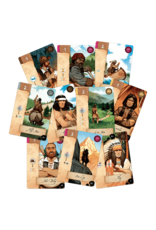 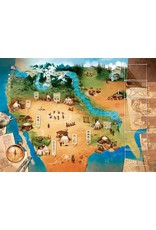 In Lewis & Clark, each player leads an Expedition aiming at crossing the continent. Each player has his own Corps of Discovery that will be completed by the Native Americans and the trappers met during the trip. The goal is to be the first to reach the West coast. Lewis & Clark is a race game. Only the first arrived counts.

Each player has Character cards in hand, that is his Expedition. These Characters allow him to perform actions such as collecting resources, moving forward on the route, asking Natives for help. To be triggered, each action must be given a Strength thanks to another card or Natives.

Each round, you must perform one action. You may also recruit new Characters and, this way, improve your hand of cards. From time to time, you will set up your camp in order to retrieve the cards you have already played. When setting up your Camp, the load of your boats and the number of Natives you have may make you lose your hard won advance. Thus a careful management of your resources and Natives is crucial in the game.

The game ends immediately when a player sets up his camp in Fort Clatsop or beyond.