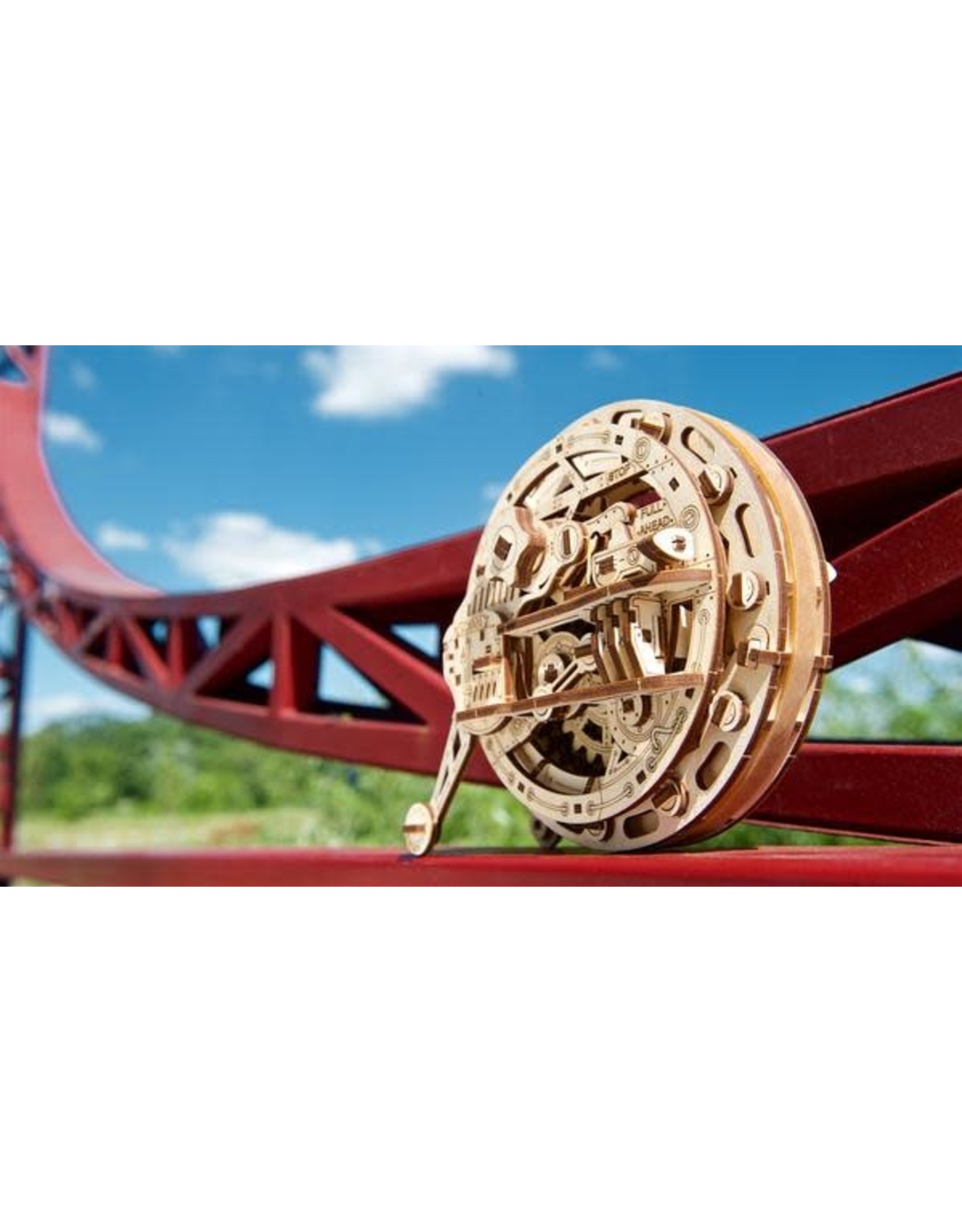 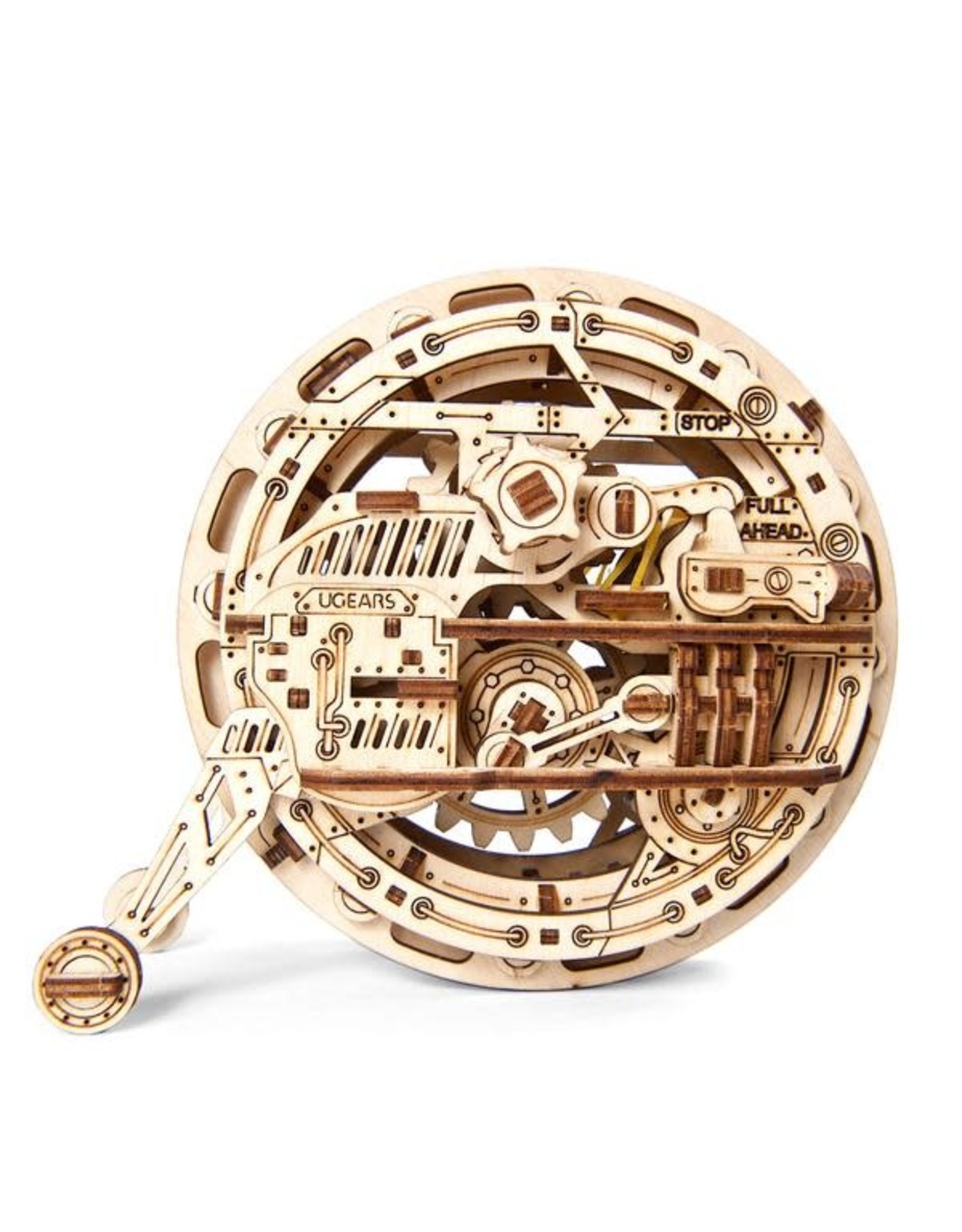 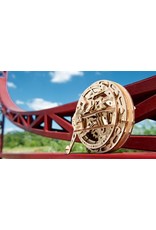 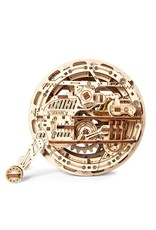 Self-assembly model requiring no glue or cutting. Parts are pre-cut and are easily removable from the board. Assembly instructions are included.

Monowheel vehicles were invented in the late 19th century, and though they proved too cumbersome for everyday transportation, they still captured the imaginations of inventors, engineers, and mechanics. Some were operated by a person sitting inside the wheel, while others were controlled by someone outside the vehicle or by a motor. All of them incorporated a moving exterior element and stationary interior component. One early prototype was an armored model intended for military use. That monowheel had an external shell to protect the inner workings from battlefield hazards and ran without a human driver.

The completed model looks great on any collector’s shelf, but it does not have to stay there. The durable design allows it to roll over semi-hard and hard surfaces, meaning you can enjoy this model indoors and outdoors. It has two working modes that allow you to see the monowheel in action. One mode leaves the feet unlocked, letting the monowheel travel up to 5 meters or until it encounters an obstacle. The other mode keeps the feet locked, letting it roll up to 2 meters before turning and stopping.