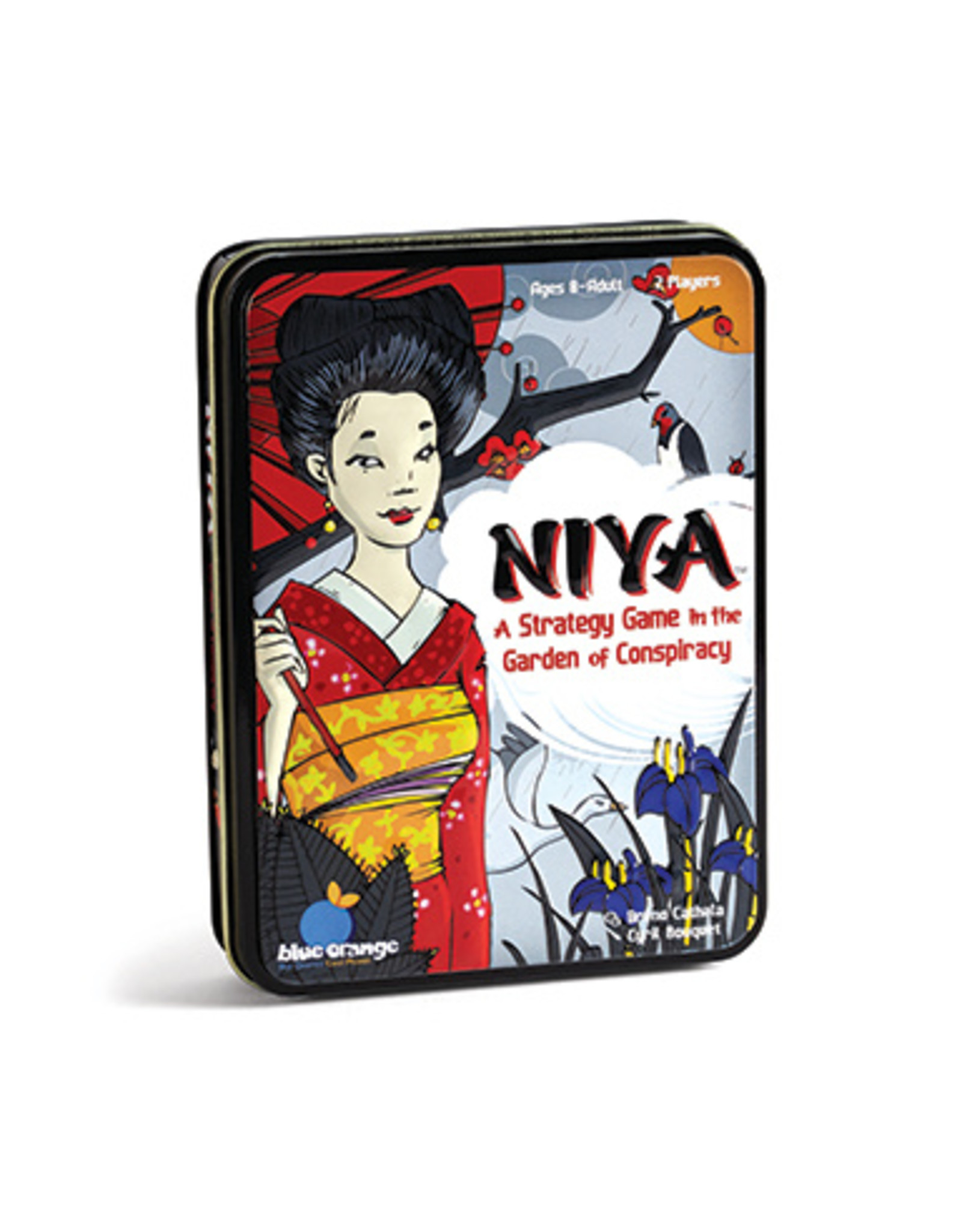 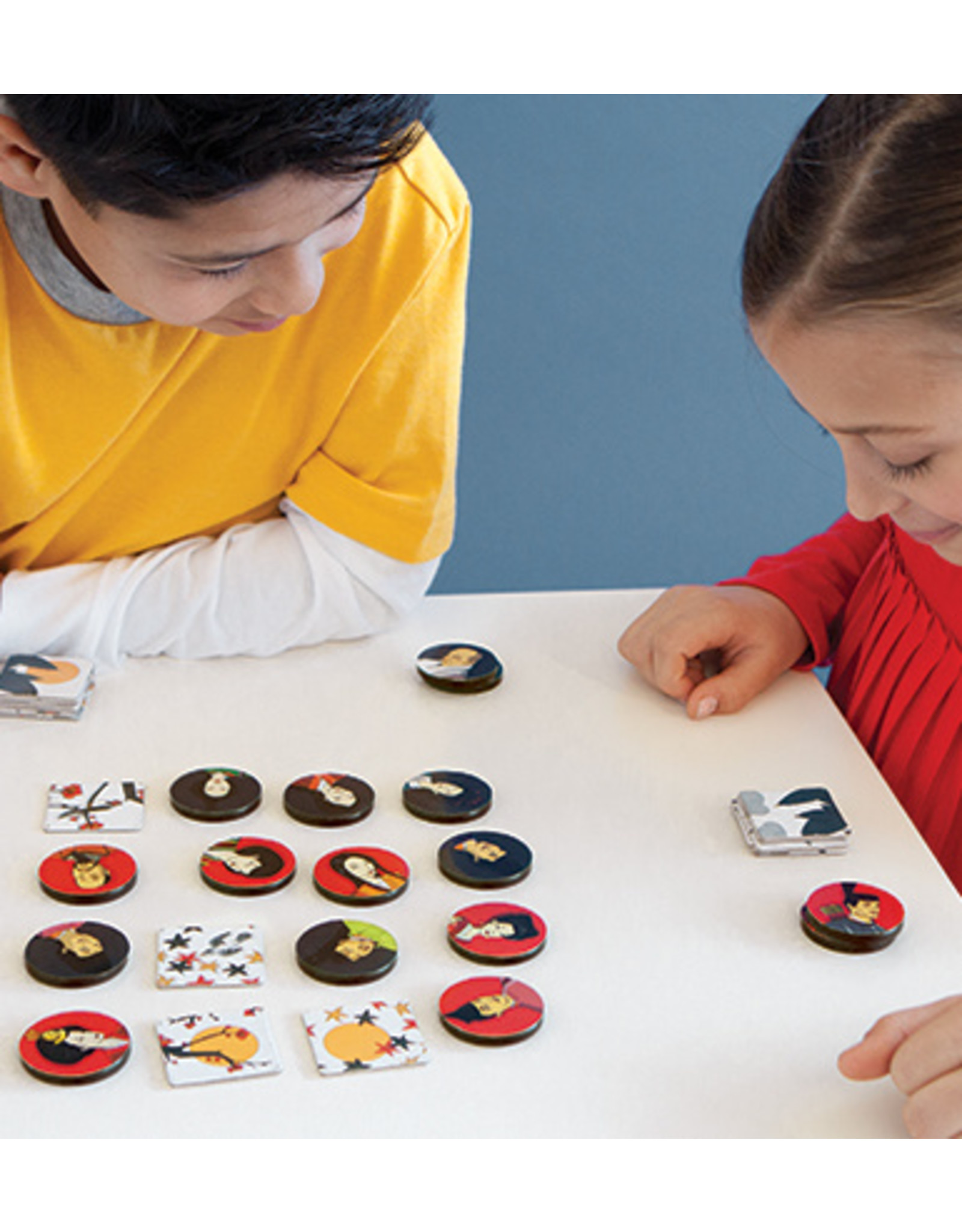 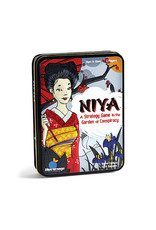 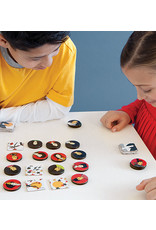 In Japan’s Imperial Garden, courtly manners and nature’s beauty veil a dark political conspiracy among two influential clans. On each turn, players replace a garden tile with one of their clan tokens. The next player can only exchange a token for a garden tile that has an element in common with the previously chosen tile. The first to position their clan in a row, square, or blockade will win control of the garden…and power at court! A simple yet sophisticated abstract strategy game, Niya captivates players young and old.

To set up the game, shuffle the 16 tiles and arrange them in a 4x4 square; each tile shows one of four types of vegetation (maple, cherry, pine or iris) and one of four types of poetic symbols (rising sun, bird, rain or tanzaku - the small pieces of paper on which people sometimes write wishes).

The starting player removes one tile on the border of the square, sets this tile aside, then places one of her tokens in this space. The opponent must then do the same thing, but can choose from only those tiles that depict the same type of vegetation or poetic symbol shown on the tile first set aside. Play continues, with each set-aside tile determining where the next player can go until:

In any of these cases, the player has won the game. A match can be a single game, a "best of three" series, or a point-based match, with the winner of a game earning as many points as the number of tiles remaining in the grid when she wins; in this case, the player who first collects ten points wins the match. 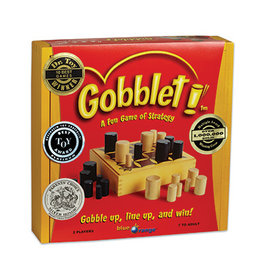 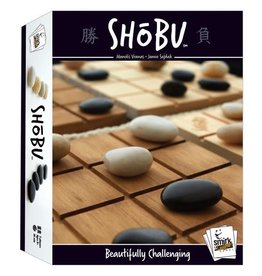 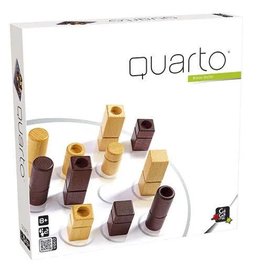