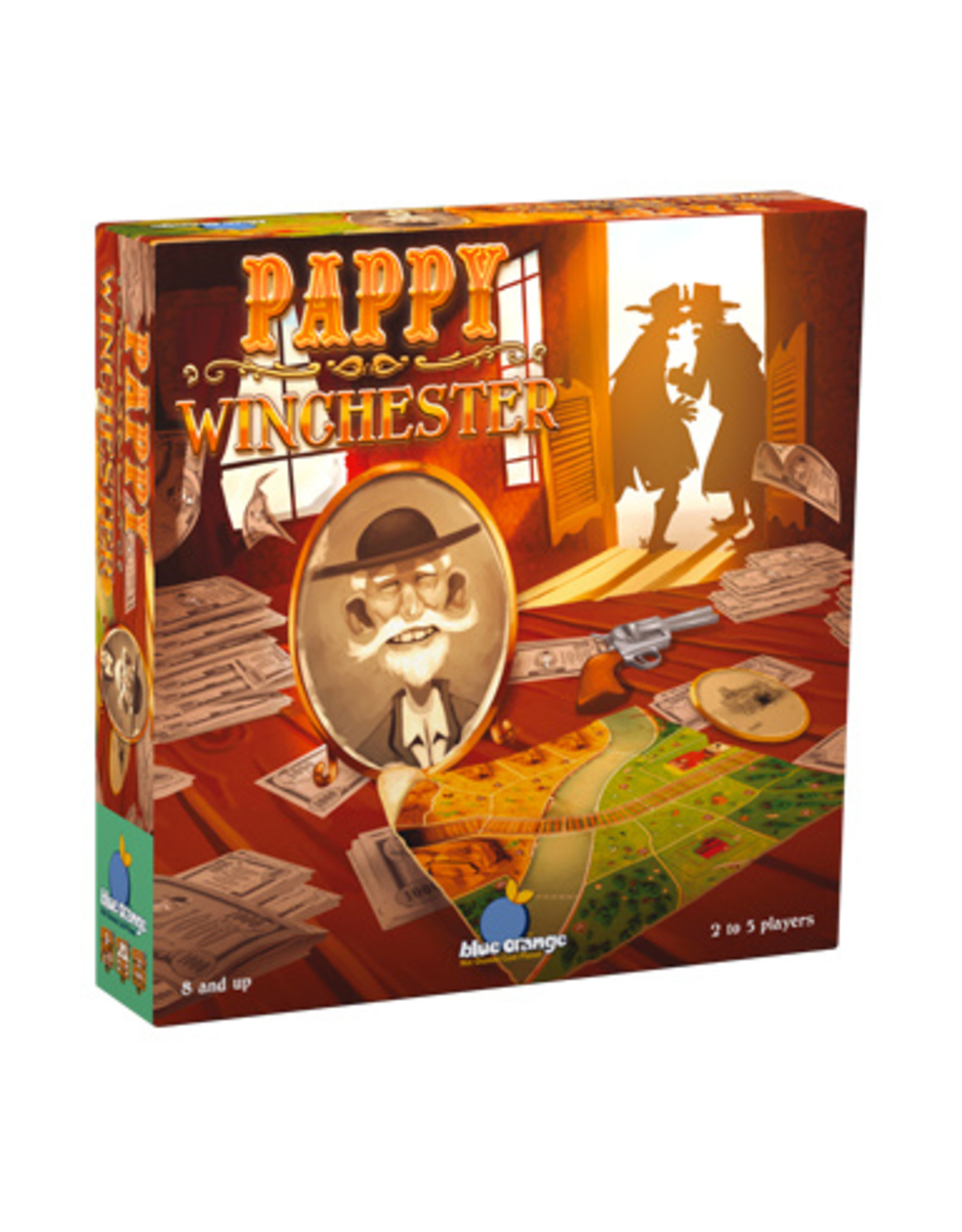 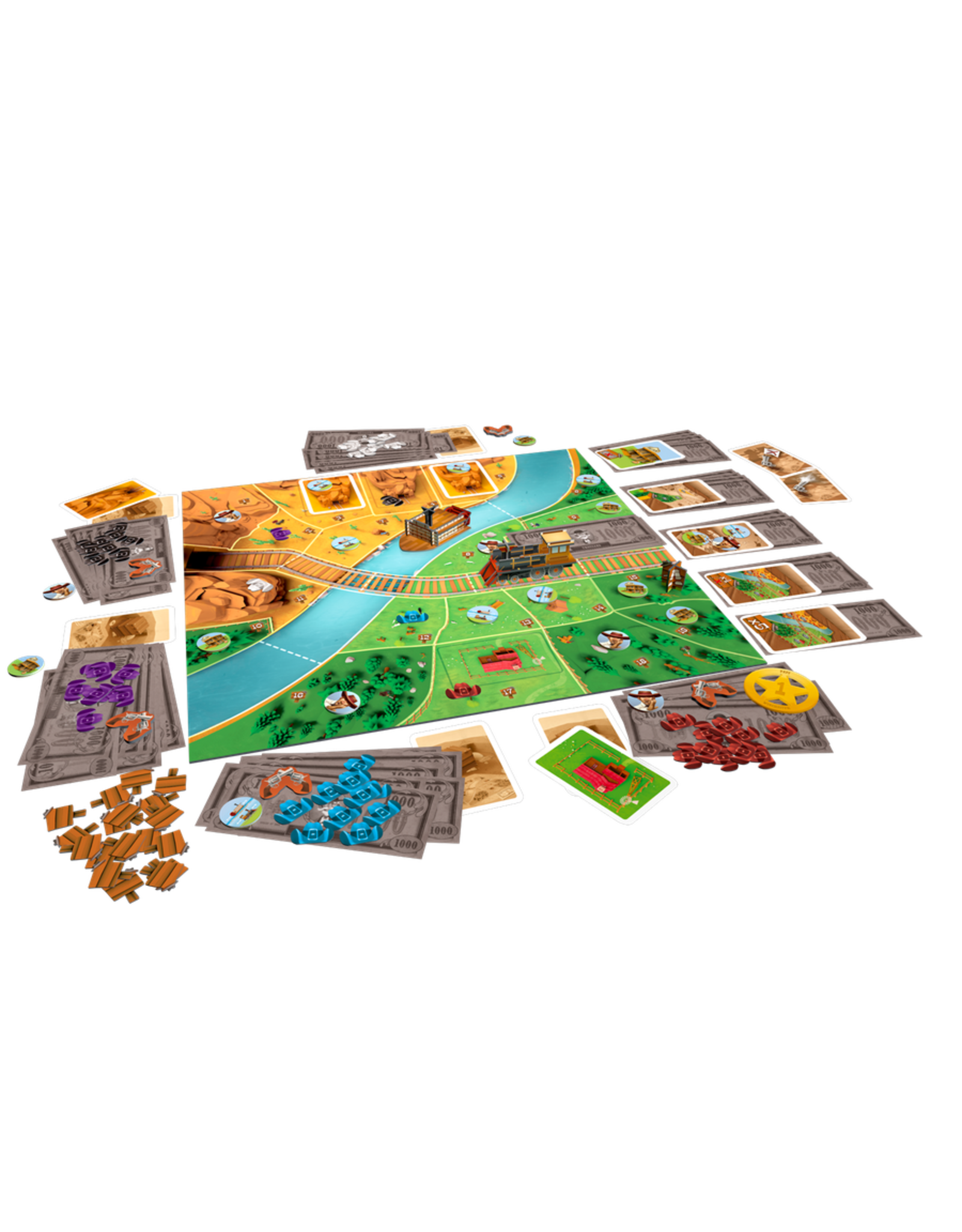 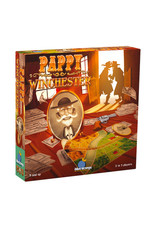 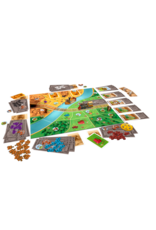 Pappy Winchester has kicked the bucket! Poor thing, he was the king of swindlers and everyone knows he was filthy rich! His final wish was that his descendants would share his fortune and the plots of his ranch, with the richest becoming the new head of the family. After all, for him the most important thing was that his money stayed in the family! Pappy thought of everything and left an outline of his belongings. You and the other heirs are now assembled around this map to share out Pappy’s possessions.

The game board features 19 plots of land, divided into distinct areas. Each player starts the game with $8,000 and two secret objective cards.

Every turn a new plot of land is auctioned amongst the players. But losing a bid has it's advantages! The winner of the auction divides their bid among all the other players. Players must be strategic about what land they to buy, and at what price! Or else risk enriching their opponents too much..

In addition to each players secret objective, there are five randomly selected shared objectives, each with a cash reward for being the first player to complete it. After the 19th auction, players reveal their secret objectives, earning money for how well they've met those goals, and whoever owns the most plots of land receives $5,000. Whoever now holds the most money wins! 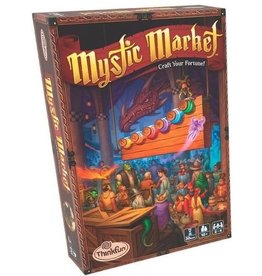 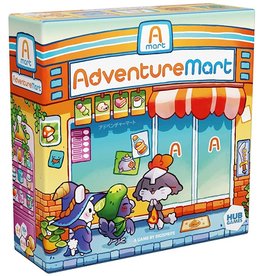