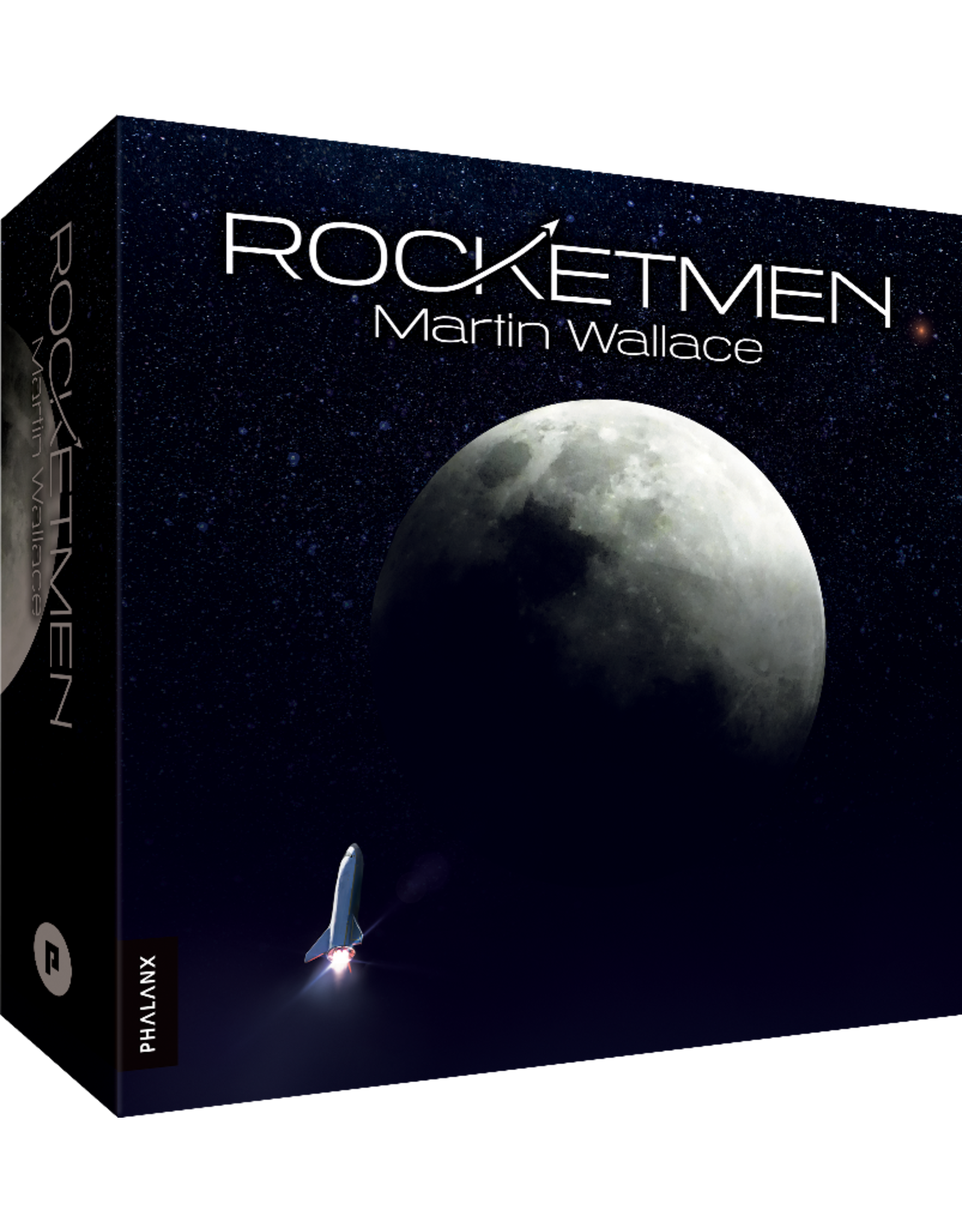 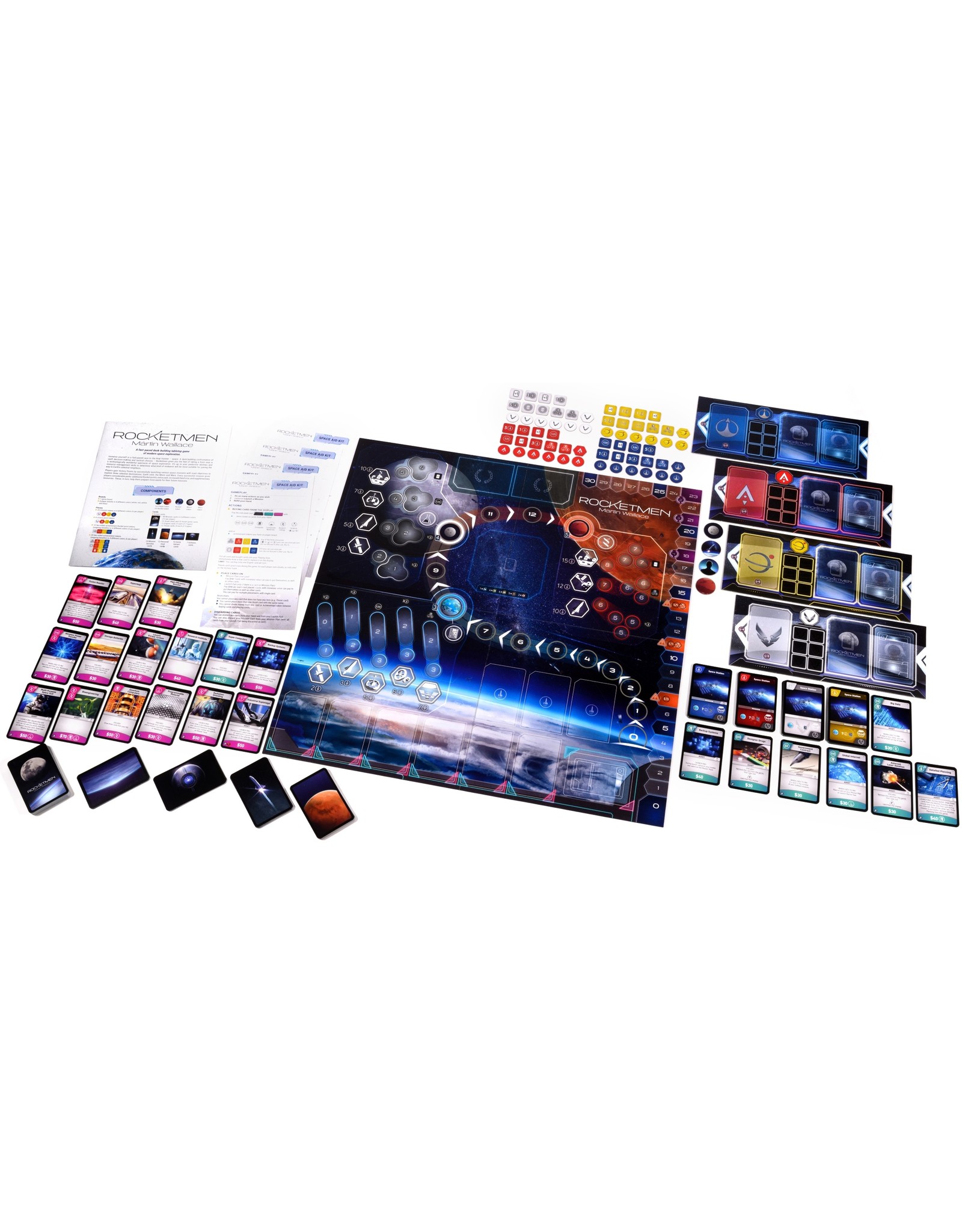 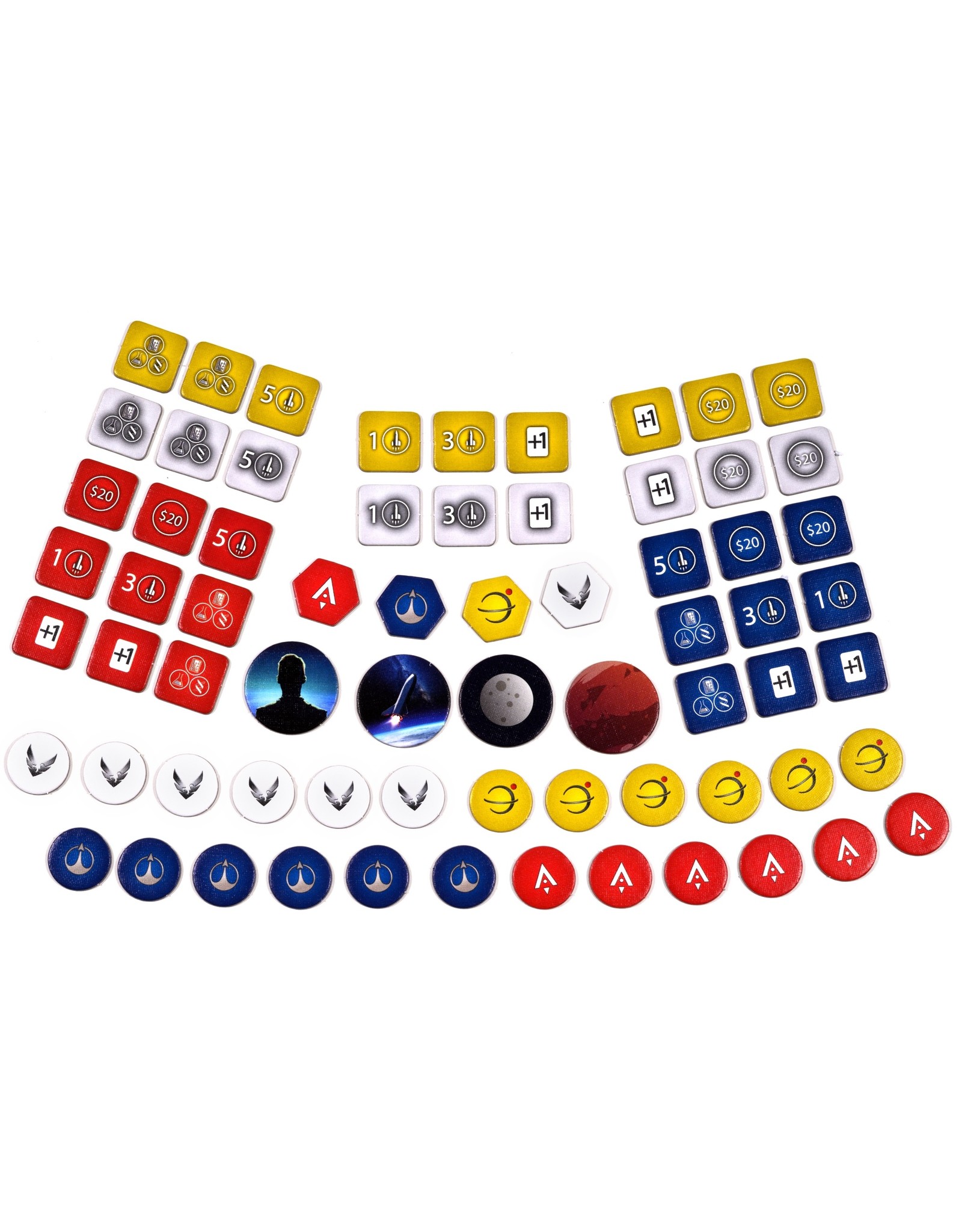 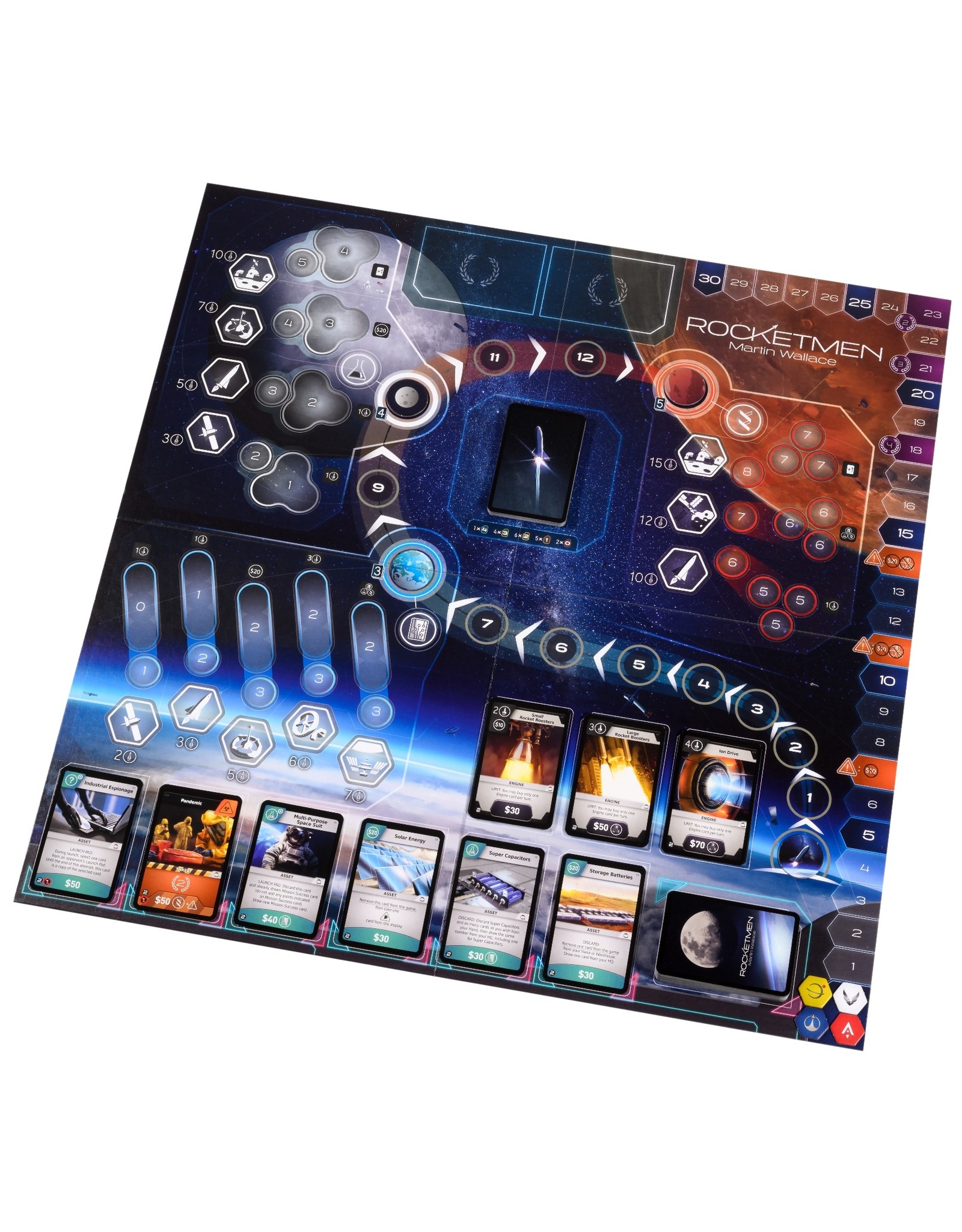 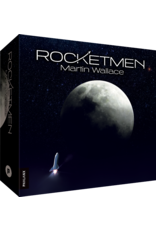 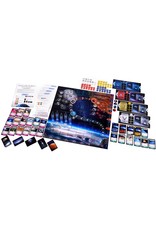 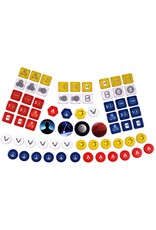 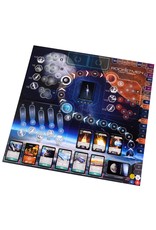 A deck-building game with an innovative twist of preparing your missions on the Launch Pad, temporarily removing part of your assets from the deck you play. To win, you must find a balance between the „mission” and „money” parts of your deck and use them efficiently, as the victory conditions reward those who are the fastest.

They have set up their empire of trailblazing innovation and groundbreaking technologies on a somewhat unremarkable planet circling around a rather average star. Years of hard work and steadfast dedication to their clear-cut vision of looking further than the day-to-day toils and chores of humanity have cemented their reputation as the forefathers of the future humanity.

Secretly, they have never stopped dreaming about the thrust of all their entrepreneurial actions and deeds – reaching the stars. Now, the time has come for them to embark on a second giant leap for humankind, to make the outer reaches of the solar system our home. Only one of them shall go down in history as the first explorer of space and a person who truly forged their will and power according to the bold words: citius, altius, fortius – faster, higher, stronger.