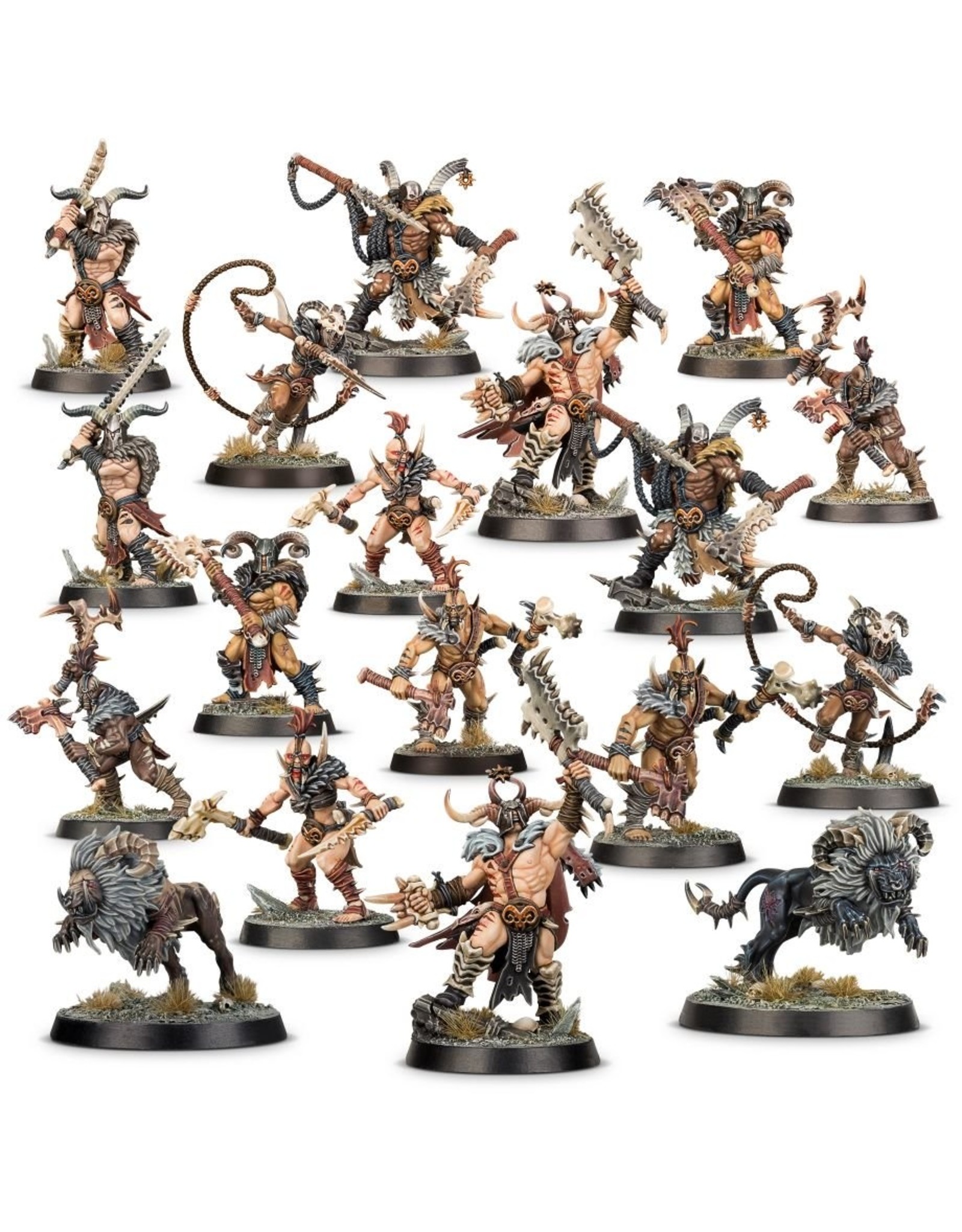 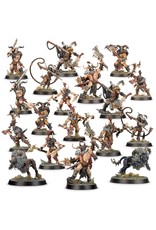 By devouring the flesh of Ghur’s many predators, the Untamed Beasts seek to gain their strength and power. These shamanistic savages worship Chaos as the Devourer of Existence, and are peerless trackers and hunters.

Few Slaves to Darkness units can match the savage speed of the Untamed Beasts. In your Chaos army, these bestial berzerkers can range ahead of your main force even before battle has begun, making them ideal for screening key characters or hunting far-flung enemies like war machines and wizards. Alternatively, you can use this set to bolster your roster for Warcry if you already own your Fighter Cards and Abilities Card for the Untamed Beasts.