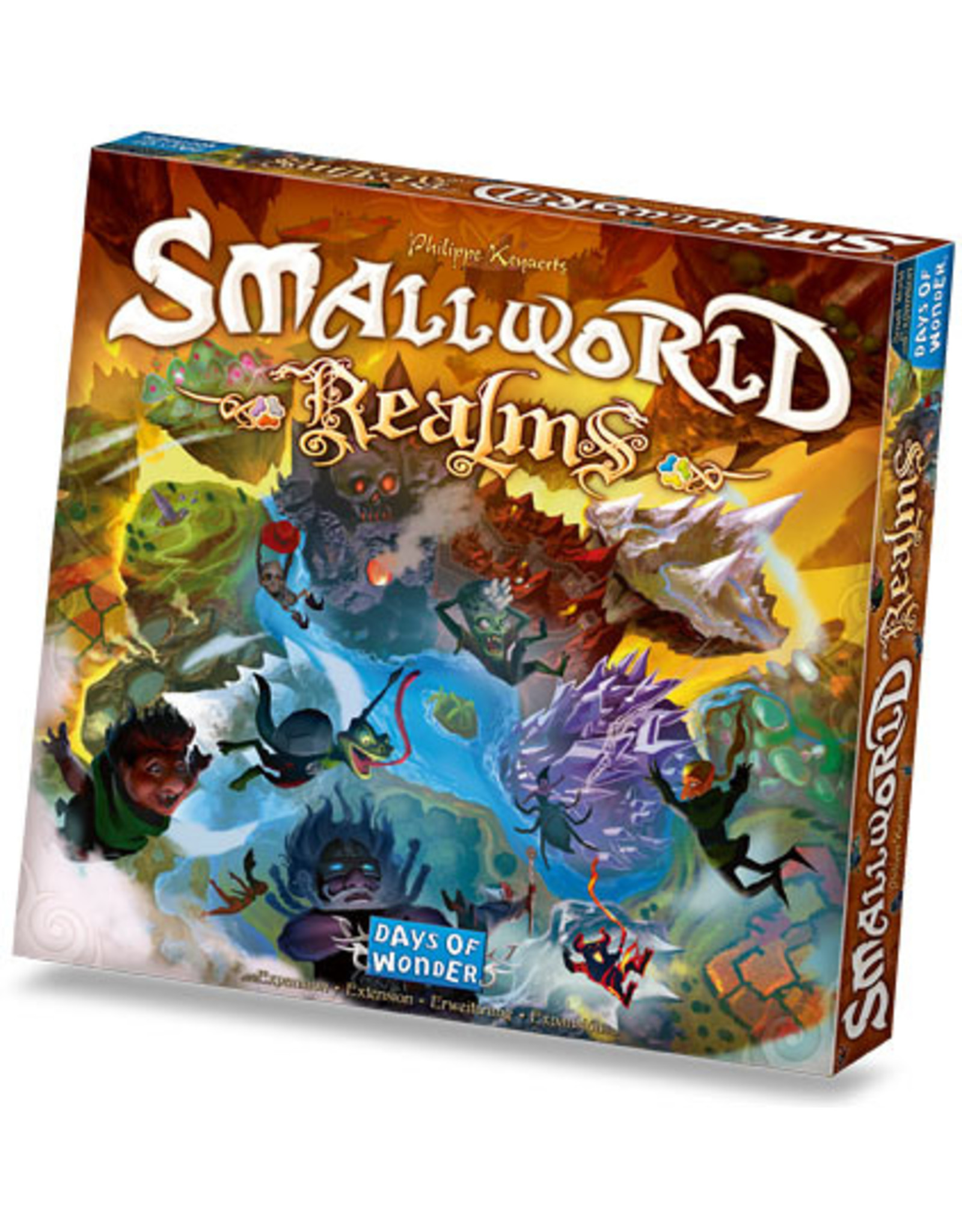 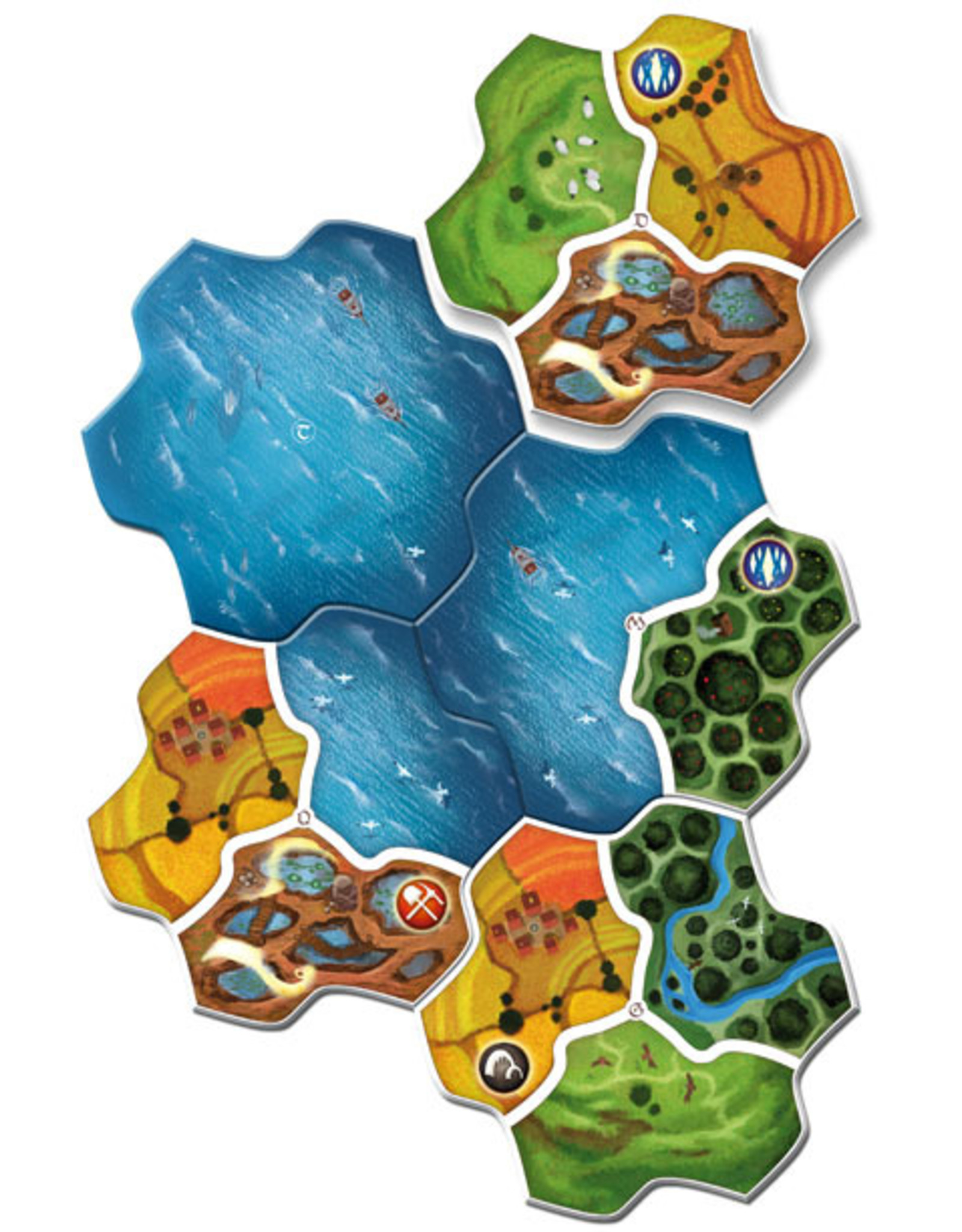 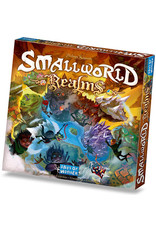 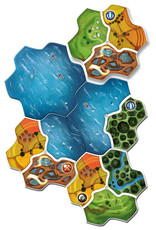 Renowned for their superb cartography, the maps of the Imperial Wizards detailed even the most obscure caves and secretive races of Small World. But the Great Cataclysm (Mystic Orcs at play?) shook the landscape, redrawing frontiers and creating new Realms to be explored the world over...

Small World Realms features scores of puzzle-like geomorphic Terrain regions and a dozen new Scenarios, including such instant classics as The Rusted Throne and A Game of Gods. Players can also creatively combine the Terrain to build their own custom maps and scenarios making Realms the definitive world-building toolkit for Small World and Small World Underground fans alike.

Small World Realms holds 48 geomorphic Terrain tiles: 26 of these are hexagonal-shaped Terrain tiles split in 3 Regions each; each Region corresponds to one of the Terrain type first introduced in Small World (on one side) and Small World Underground (on the other side). These tiles can be assembled puzzle-like in countless variations, at the players' choice, or set according to one of the 12 custom scenarios presented in the rules booklet. The variety of Regions paired on these hex-shaped tiles, and the rotations that can be applied to each tile, make up for endless variations: Where two Terrain tiles juxtaposed to each other might present the players with neighboring Hill regions in one game, a Marsh might suddenly appear in the next scenario, with a simple twist of a Tile.

An additional 22 Mountains, Abysmal Chasms and Peaks (Mountains of level 2), each the size of 1/3rd of a Terrain tile, combine to add even more variety to the Realms!

So... Are you ready to venture into the Realms?

*Not a Complete Game. A copy of Small World® and/or Small World Underground™ is required to play.

Add your review
0 stars based on 0 reviews
Designer: Philippe Keyaerts /