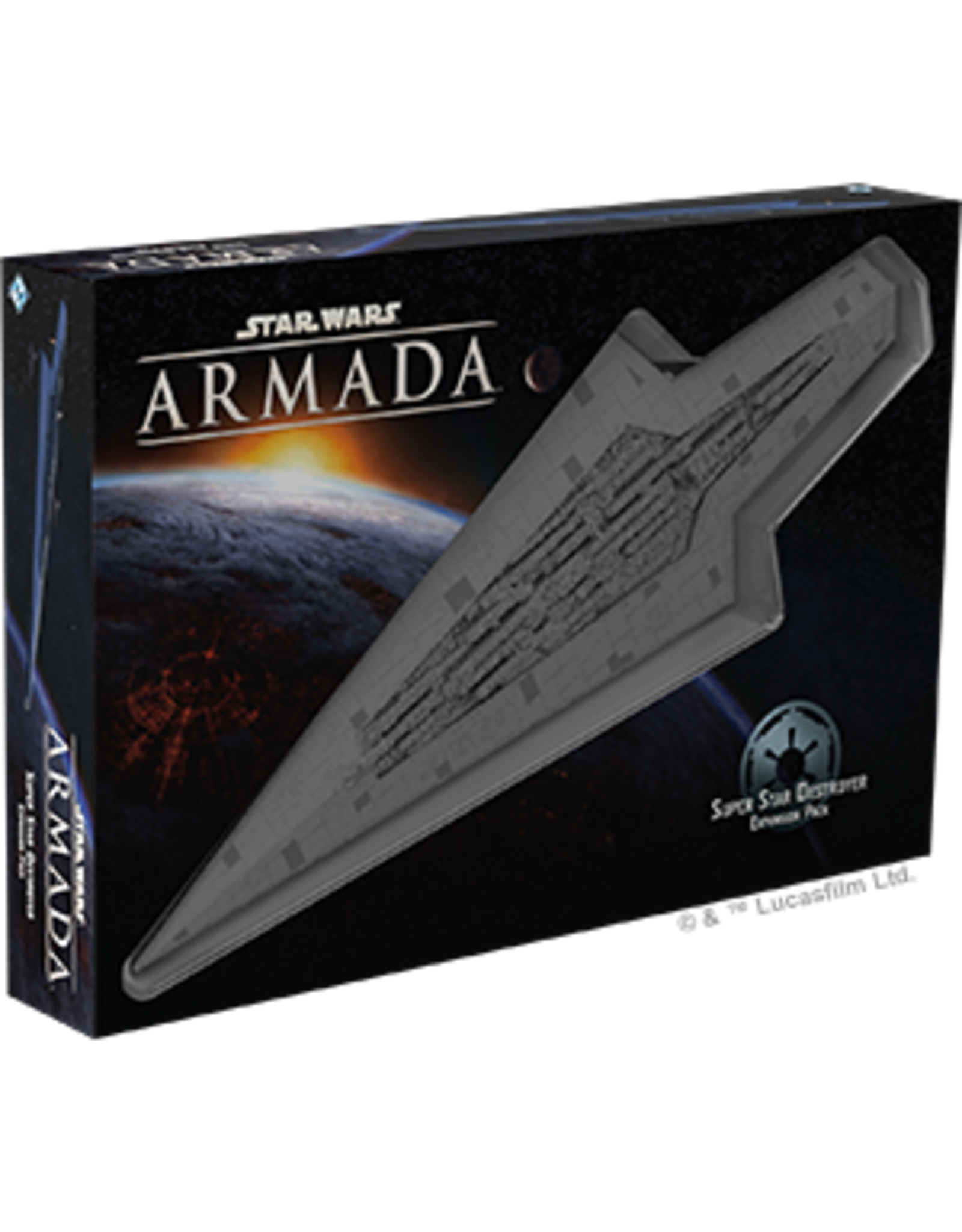 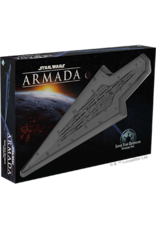 The Super Star Destroyer Expansion Pack arrives to swell the forces of the Galactic Empire with the first ship of an entirely new class—huge ships. The pre-painted, beautifully sculpted Super Star Destroyer miniature within this expansion is the largest miniature yet created by Fantasy Flight Games, measuring over 24 inches from tip to tip.

Of course, such a huge miniature serves as a stunning reminder of Imperial might on the battlefield—and it’s also a fully functional warship that you can add to your Imperial fleets. With four unique ship sheets, an assortment of tokens, and twenty-four upgrade cards, including iconic commanders like Admiral Piett and Emperor Palpatine, any rival fleet will tremble to face the might of your onslaught.

Within this expansion, you'll find the following upgrade cards: