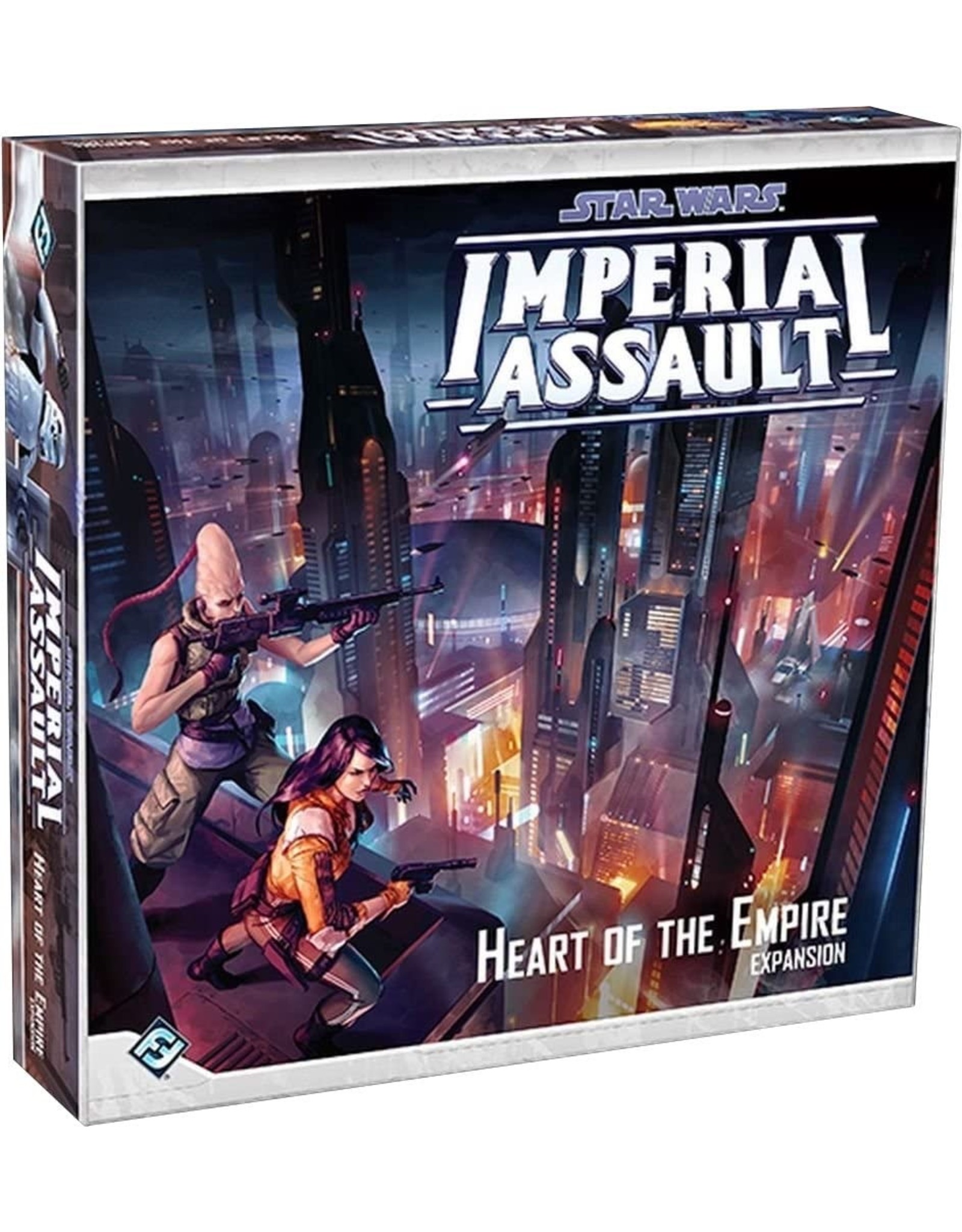 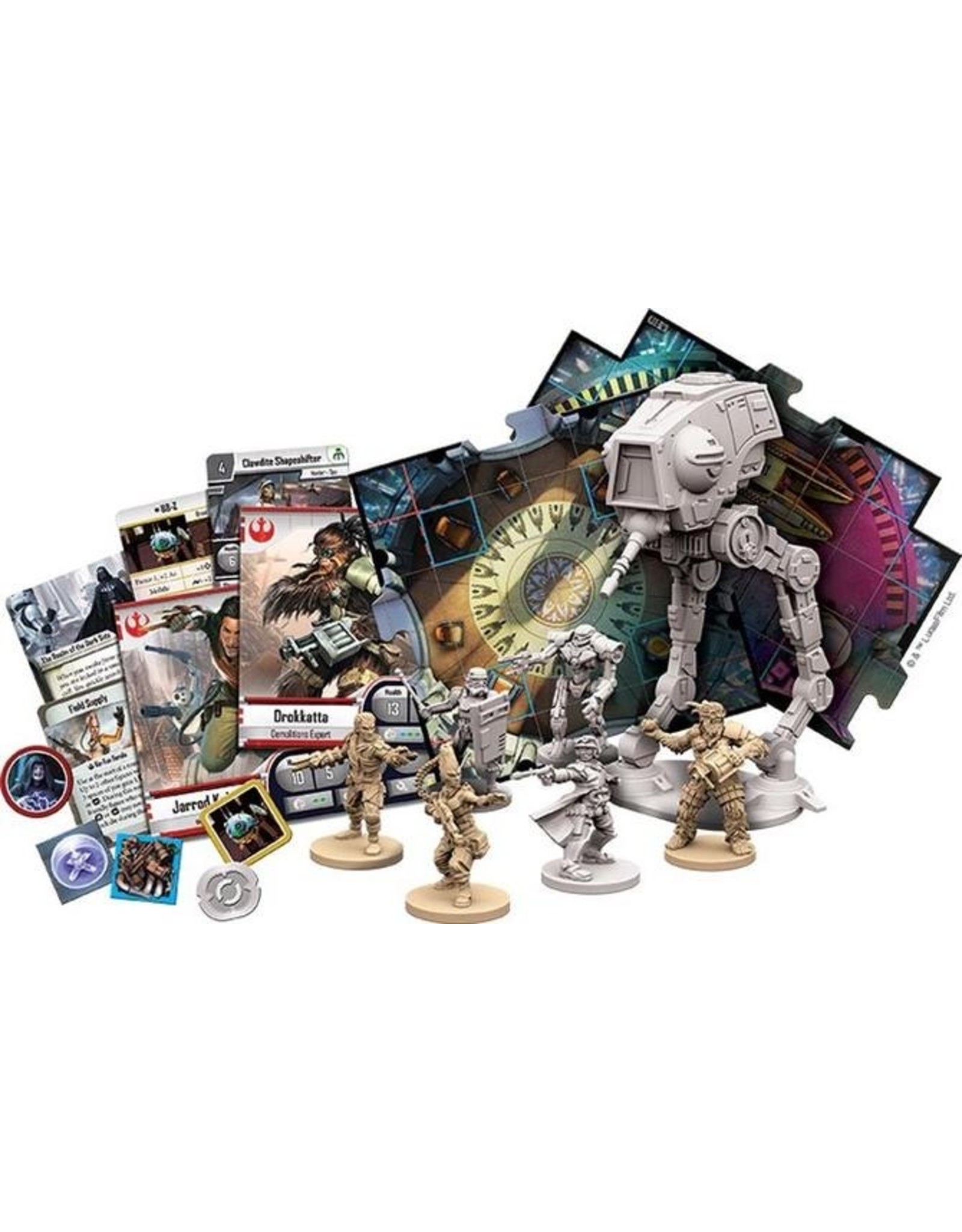 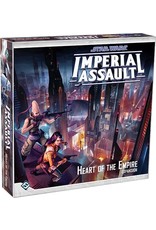 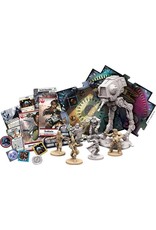 "Your feeble skills are no match for the power of the dark side."
–Emperor Palpatine

The Heart of the Empire expansion for Imperial Assault welcomes you to Coruscant, capital of the galaxy! This globe-spanning metropolis is the home of Emperor Palpatine and countless other beings. It is also the home of countless mysteries, including the location of an ancient artifact of incredible importance…

Set forth on a new, highly replayable campaign of sixteen missions that explore every level of the world, from its glistening halls of power to its grimy underworld alleys. You'll find three new heroes ready to join the Rebellion, aided by the talented Force user Ahsoka Tano. You'll maneuver through the crowded city, pursued and confronted by Imperials at every turn. And you'll find the Emperor isn't the only major player working against you. The former Sith, Maul, has sent a Clawdite Shapeshifter to pursue the artifact, and any face in the crowd might hide the Shapeshifter's true identity.

Altogether, Heart of the Empire expands your campaign and skirmish games with three heroes and thirteen other figures, including the massive AT-DP, baton-wielding Riot Troopers, and twin-gunned Sentry Droids. Coruscant comes to life with dozens of new map tiles and more than 130 cards. New energy shield and rubble tokens will throw a wrench in your opponent’s plans by modifying the battlefield, and new power tokens give you more control over your fate than ever before!