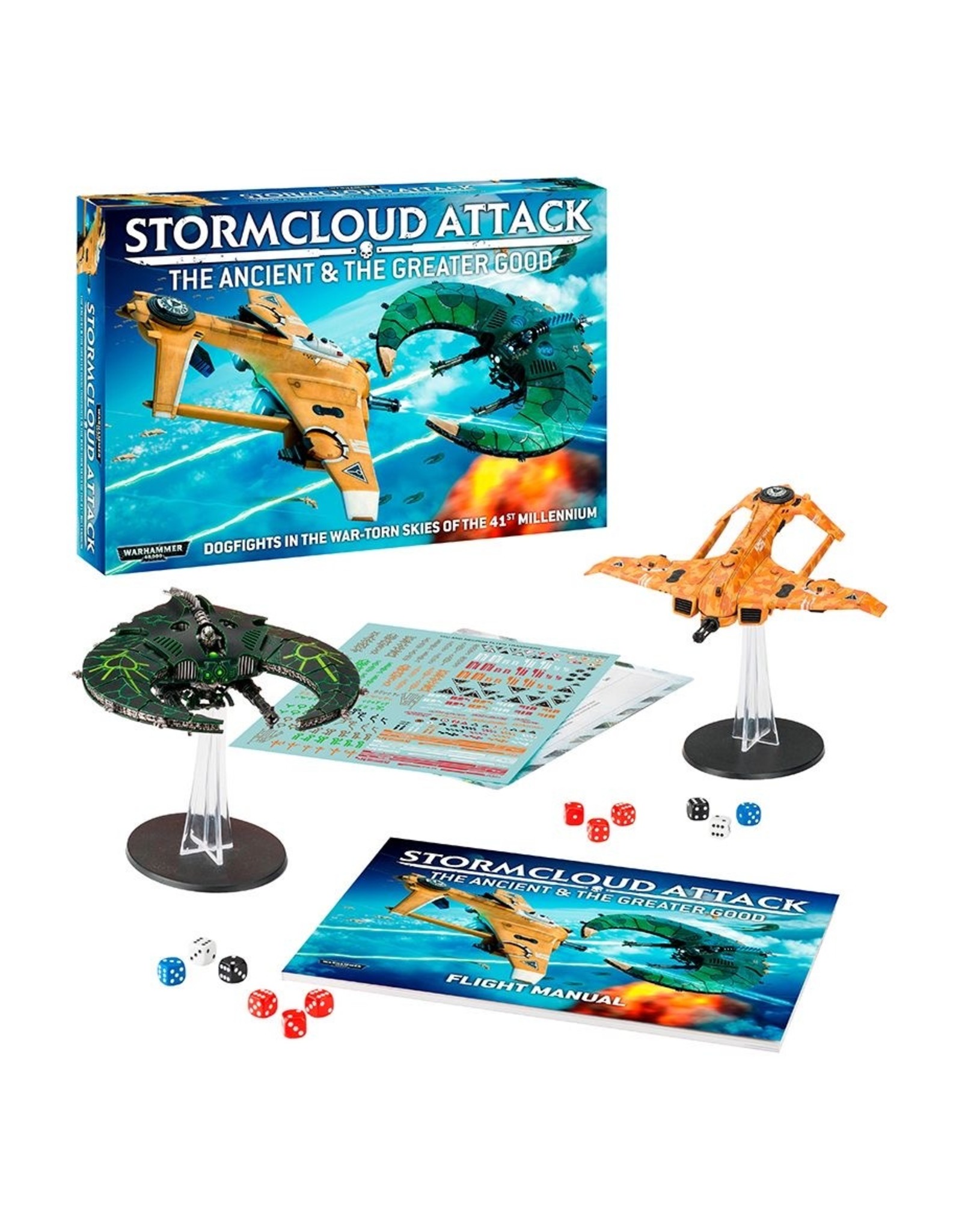 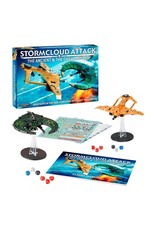 The sky shall be your grave.

The galaxy of the 41st millennium burns, trapped in an unending war, with every race set against every other, in all imaginable theatres of war. A vital component of these battles is the desperate struggle for aerial superiority: wings of aircraft engaging in spectacular dogfights, weaving through storms of bullet hell, swooping into valleys to shake off enemies before unleashing incredible firepower, climbing at stunning speed to gain the perfect angle for a volley of missiles… the skies darken with fleets of combat aircraft vying for superiority, with the unfortunate second-best falling from the sky in spiralling pieces.

Stormcloud Attack: The Ancient & The Greater Good is an exciting stand-alone boxed game for two players, pitting flying machines from the 41st millennium against each other in thrilling single combat. It features a Necron Night Scythe and a Tau Empire AX38 Razorshark Strike Fighter, with an eighty-page softback Flight Manual detailing the awesome rules for stunning dogfighting manoeuvres, with a massive selection of missions, duels and dogfights.

The included Flight Manual contains a comprehensive guide to running your own Stormcloud Attack campaign – any number of players can take part, tracking the exploits of their pilot over the course of several engagements with a Pilot Record Card, watching them grow from a fresh-faced rookie to a grizzled fighter Ace. Each rank they gain grants them new and better abilities, meaning you can become a death-dealing monster of the skies and send your mates crashing and burning. Remember, there are no points for second best!

There’s even an exclusive transfer sheet with Ace decals and more included.