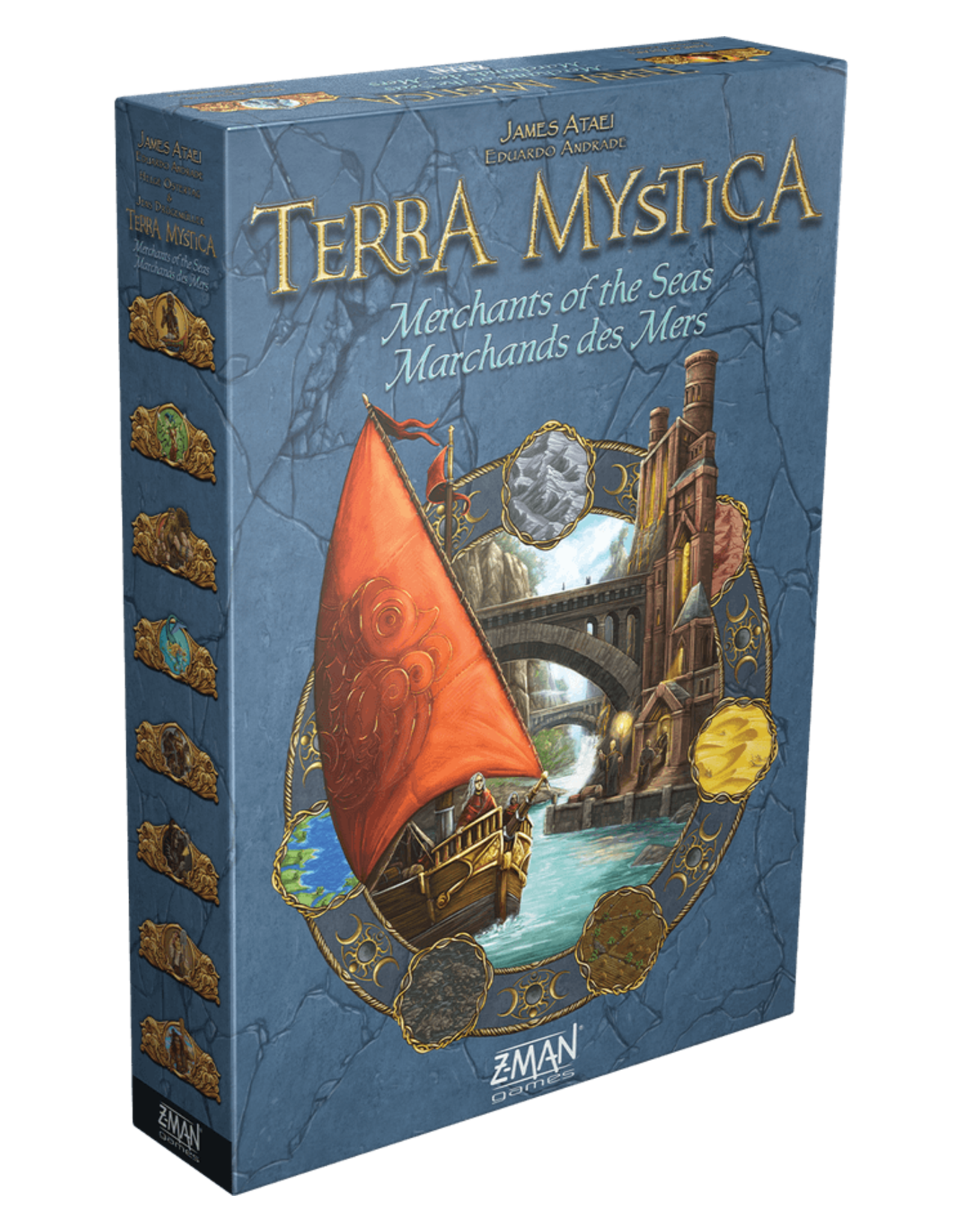 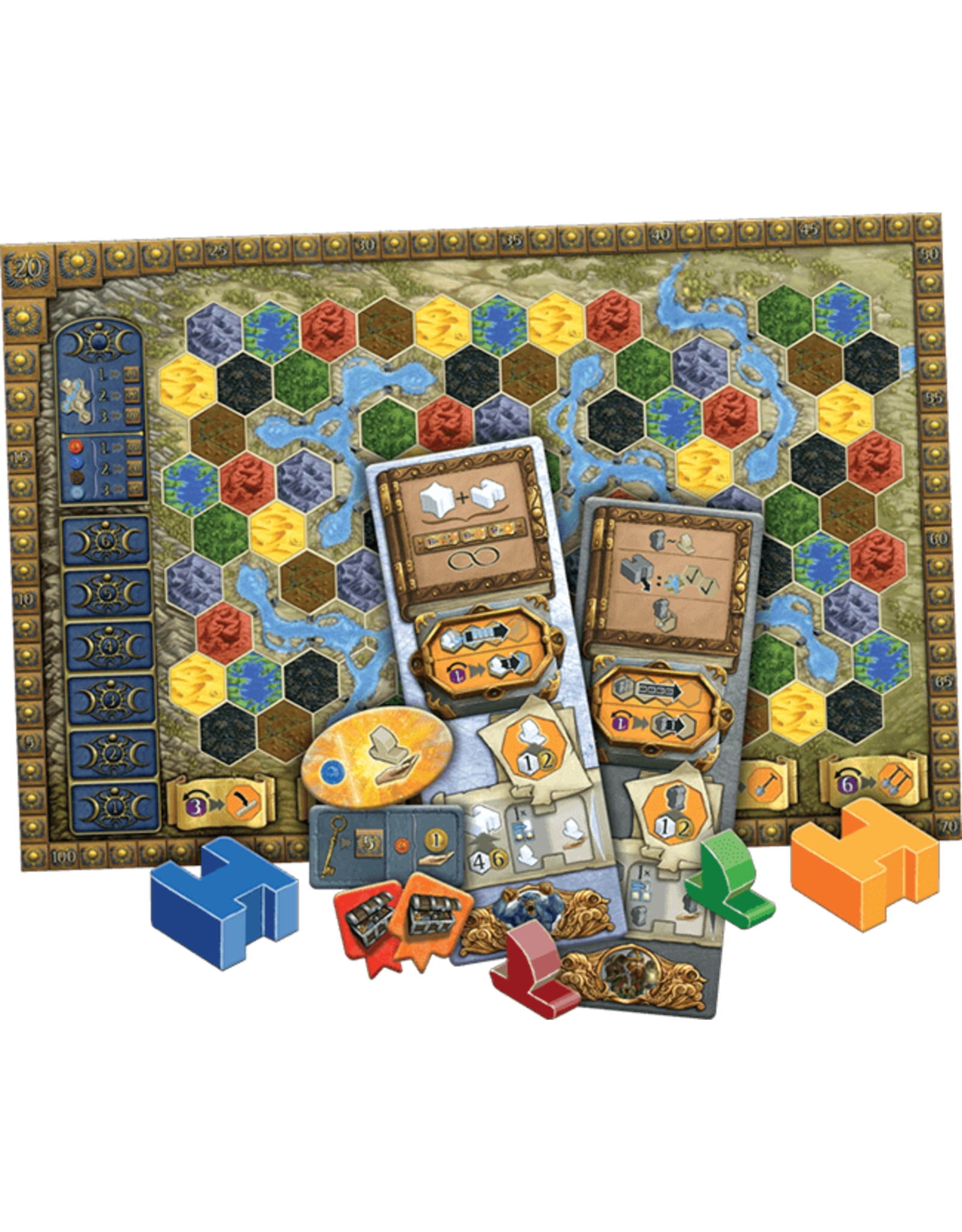 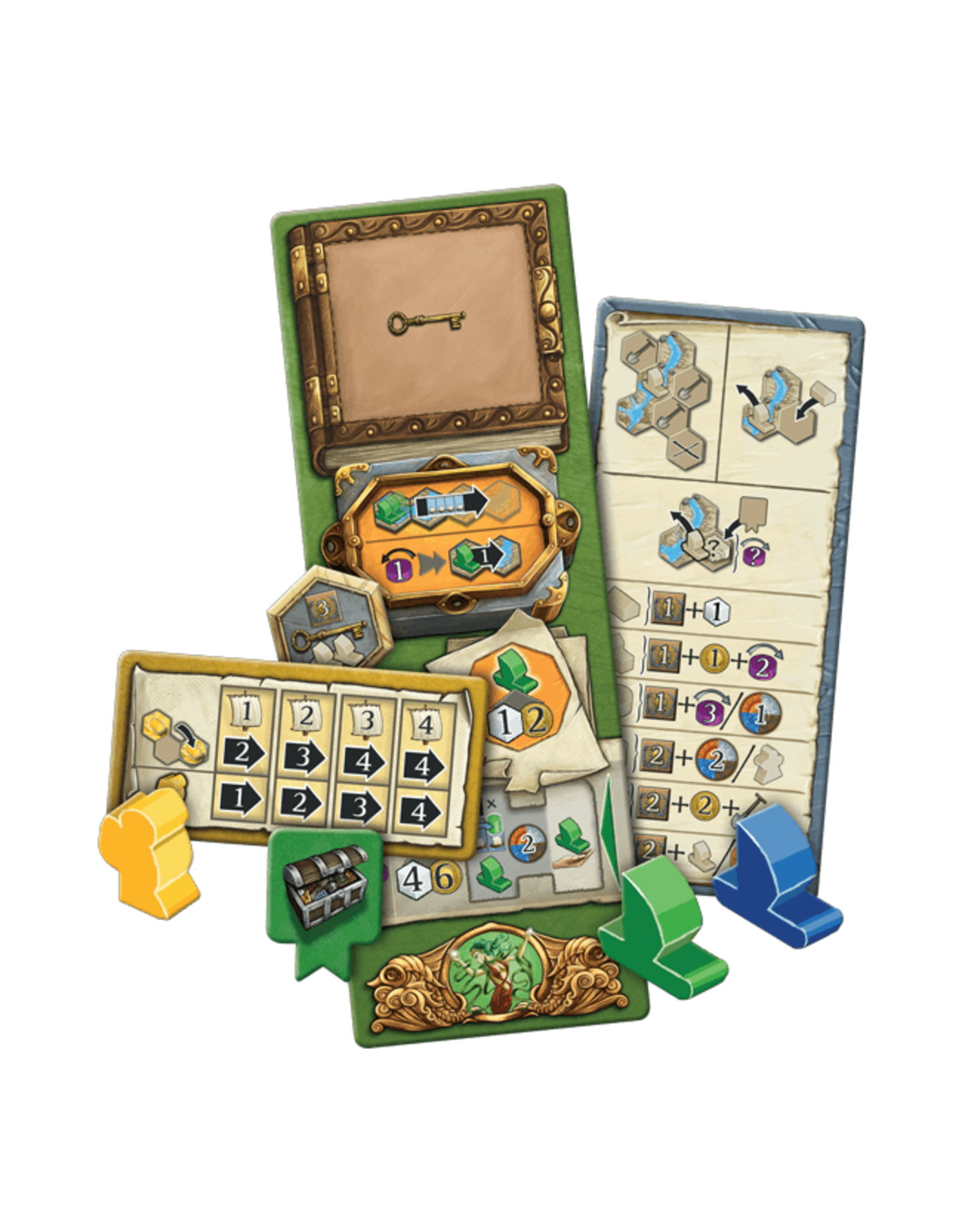 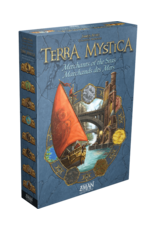 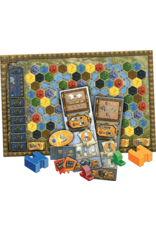 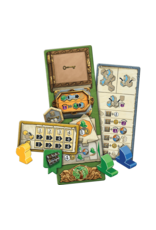 The factions of Terra Mystica have opened their doors for business beyond the trading post in Terra Mystica: Merchants of the Seas. More trade flows between the factions with their brand new ships sailing on the rivers. A new large building, the shipyard, upgrades your shipping or range and produces ships with twenty faction board extensions.

Factions that export will receive VP and resources depending on the building they deliver to. Factions importing and receiving an opponent's ship will gain power. Ships will dig and build in adjacent hexes, so watch out! Ships can also be consumed and form new Dwellings. The ship movement and Dwelling actions add a new tactical movement element to the already deep strategy of Terra Mystica while maintaining perfect information.

The factions must also adjust to an entire new set of 12 round scoring tiles, four new Ship related Favors, three new bonus tiles, three additional power actions, town tiles, and two maps: Loon Lakes and Fjords. The maps and most of the round scoring may also used be used with the base game if desired.

The Fire and Ice expansion is not required, but the material for them is provided.

*Not a standalone game - requires a copy of Terra Mystica to play. 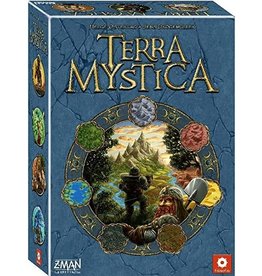