The Lord of the Rings LCG: Adventure Packs - Haradrim Cycle 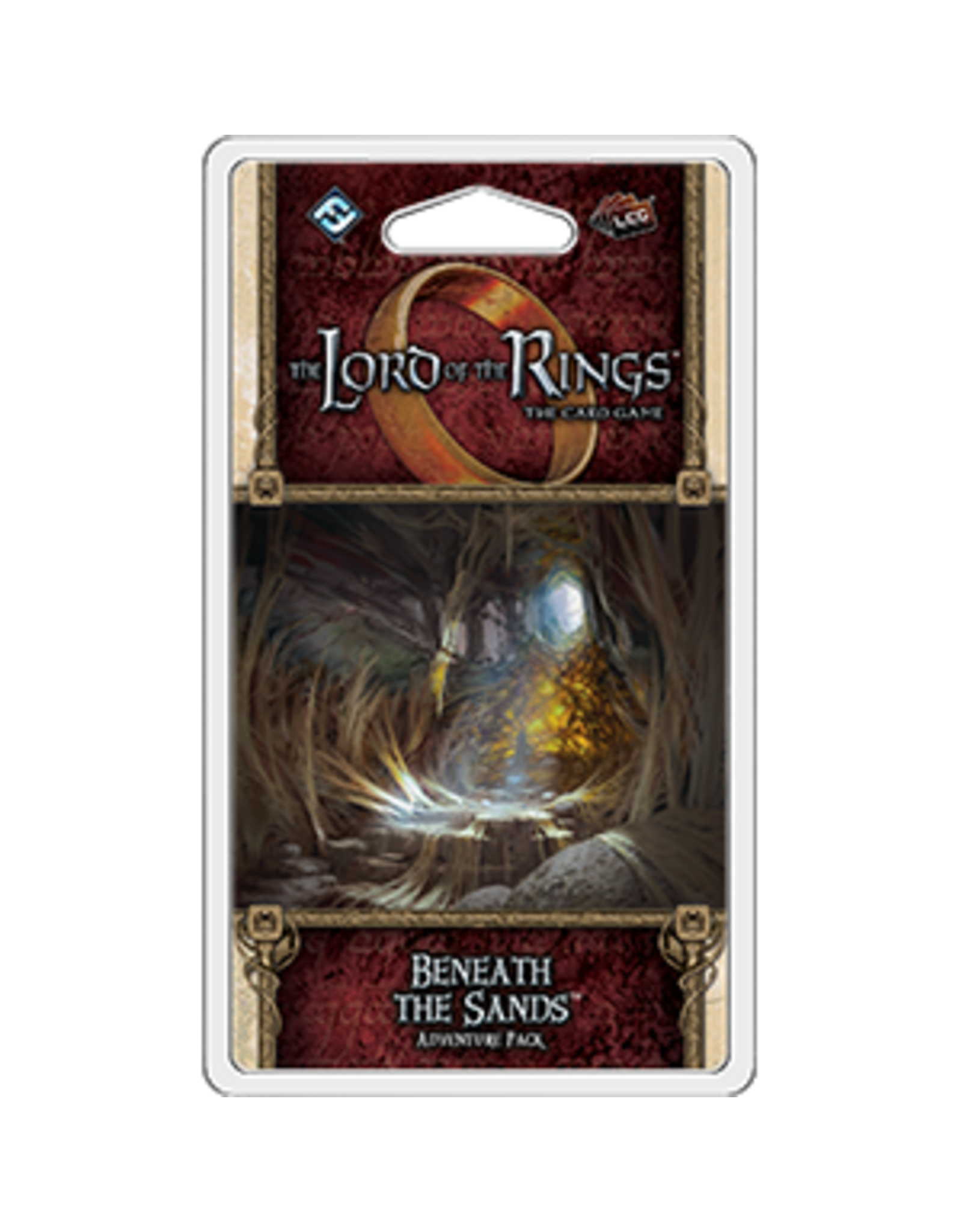 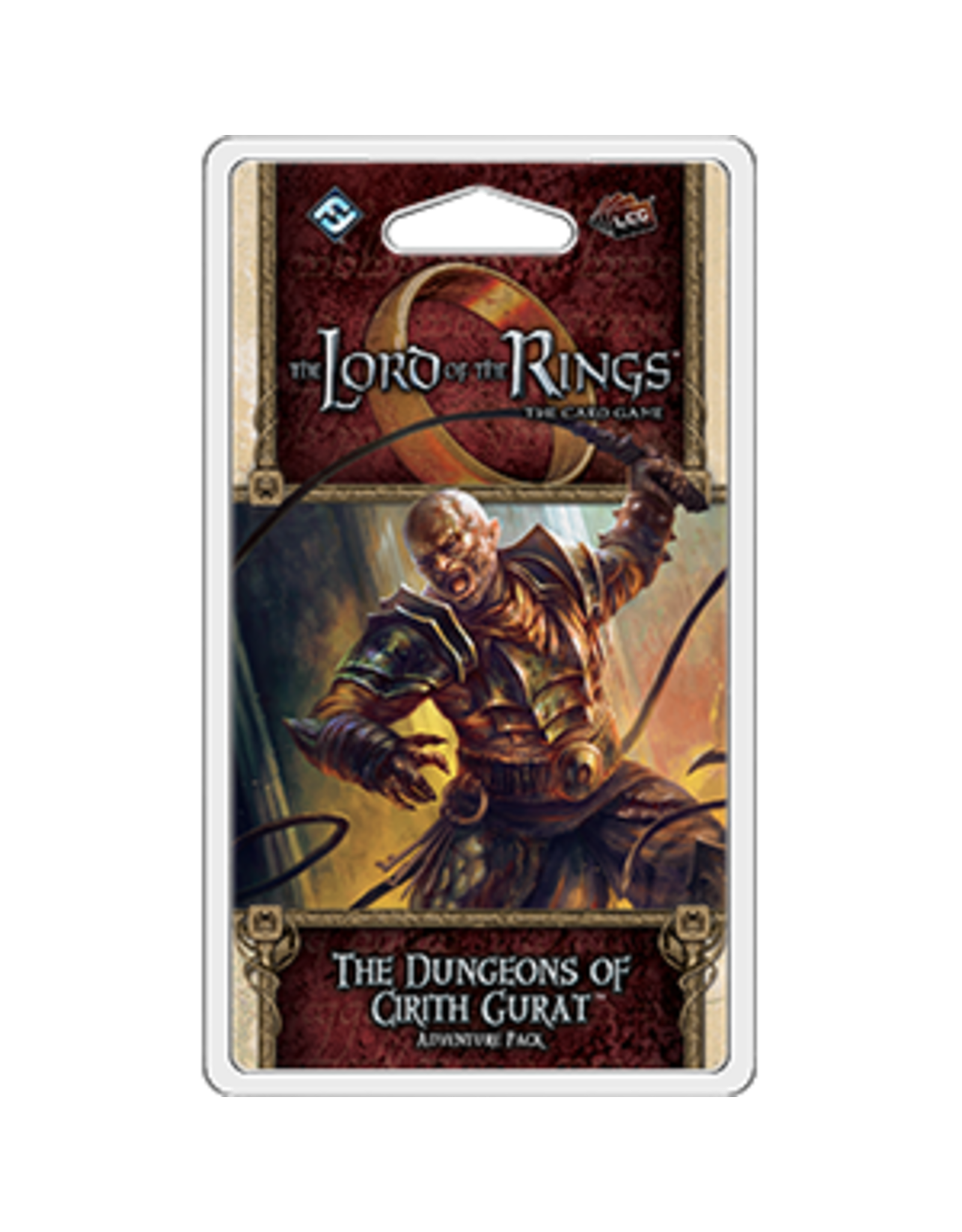 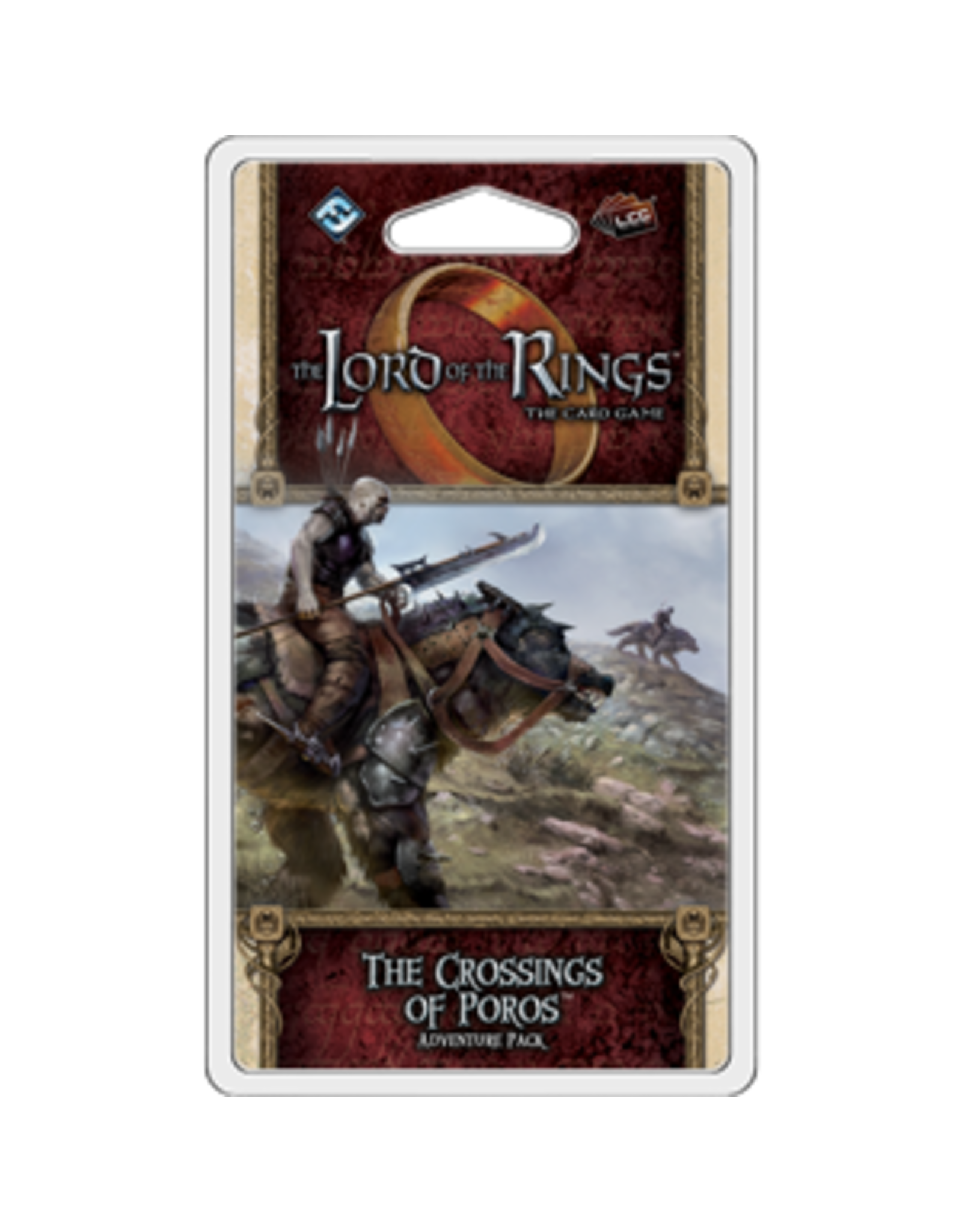 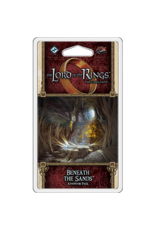 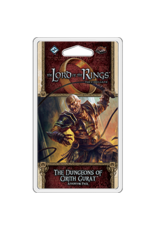 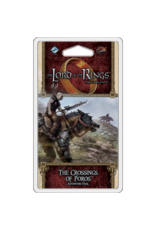 The Lord of the Rings LCG

Beneath the Sands is the third Adventure Pack in the Haradrim cycle for The Lord of the Rings: The Card Game, and its new scenario makes it clear that there's more than Haradrim to fear among the lands of Harad. As several of Middle-earth's greatest heroes continue their perilous homeward journey through the hostile lands of Harad, they find evidence that a pack giant spiders have dragged people under the dunes. Compelled to investigate, these heroes must crawl into the spider's tunnels, only to navigate a scenario that weaves through a labyrinth of cobweb-choked darkness, blocked passages, and deadly spiders. Time is of the essence, as the spiders' victims may yet be alive, but you'll need to be clever and attentive lest you become lost underground.

With scenario-specific rules that allow you to squander your progress when you get off-track, even if you quest successfully, Beneath the Sands places an emphasis upon the game's questing and exploration in a way that truly allows you to feel trapped in a maze. Fortunately, the Adventure Pack also comes with a new Scout hero and twenty-seven player cards (three copies each of nine different cards) to help you get back onto the proper path – or forge your own.

The Dungeons of Cirith Gurat:

The Dungeons of Cirith Gurat, the fifth Adventure Pack in the Haradrim cycle for The Lord of the Rings: The Card Game, finds several of Middle-earth's greatest heroes hundreds of miles from home, traveling through the hostile realm of Harad. They have crossed deserts, tamed Mûmakil, fled from Orcs on Wargs, and tunneled through a den of giant spiders.

For much of their homeward journey, the heroes have been accompanied and assisted by the small band of Haradrim. Together, they have survived the perils of Harad's jungles and deserts, so when the heroes learn that many of their allies’ tribesmen are being held prisoner in the "Iron Pass" of Cirith Gurat, the heroes don't hesitate to volunteer their swords. Their friends will be freed.

While the scenario from The Dungeons of Cirith Gurat leads your heroes deep into one of the Dark Lord's prisons, its player cards arm you for the battles to come. Once you spring your allies from prison, you'll need to fight your way free of Orc jailors and pursuers, and you'll be happy for the assistance of the Adventure Pack's new Weapons, Warriors, and events.

The Crossings of Poros:

The Crossings of Poros is the sixth and final Adventure Pack in the Haradrim cycle for The Lord of the Rings: The Card Game.

For several of Middle-earth's heroes, the end to a long and difficult journey through Harad is nearly within sight. These heroes have survived a shipwreck and a desert crossing. They have tamed Mûmakil and allied themselves to a tribe of good-willed Haradrim. They have battled Orcs and Wargs. They have confronted Giant Spiders and wicked Southrons. And they have freed their friends from one of the Dark Lord's dungeons. But now the friends they have freed are slowing them down. The heroes know the Orcs and Wargs will soon return—and in greater numbers. The Southrons will want their revenge. And there are still many miles to cross before they reach the safety of Gondor.

With its sixty cards (including a new hero and three copies of each new player card), The Crossings of Poros challenges you and your heroes to find your way through the final stretches of Harad. Will you lead your company through the desert? Or will you ask them to weave their way through the rocky hills of the Ephel Dúath? Both paths bring their own dangers, and it falls to you to safeguard your heroes, their allies, and their hope for freedom.

*This is not a standalone product. Requires a copy of The Lord of the Rings: The Card Game Core Set and The Sands of Harad deluxe expansion to play. 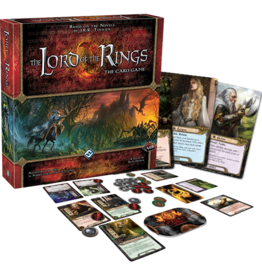 The Lord of the Rings LCG: Core Set