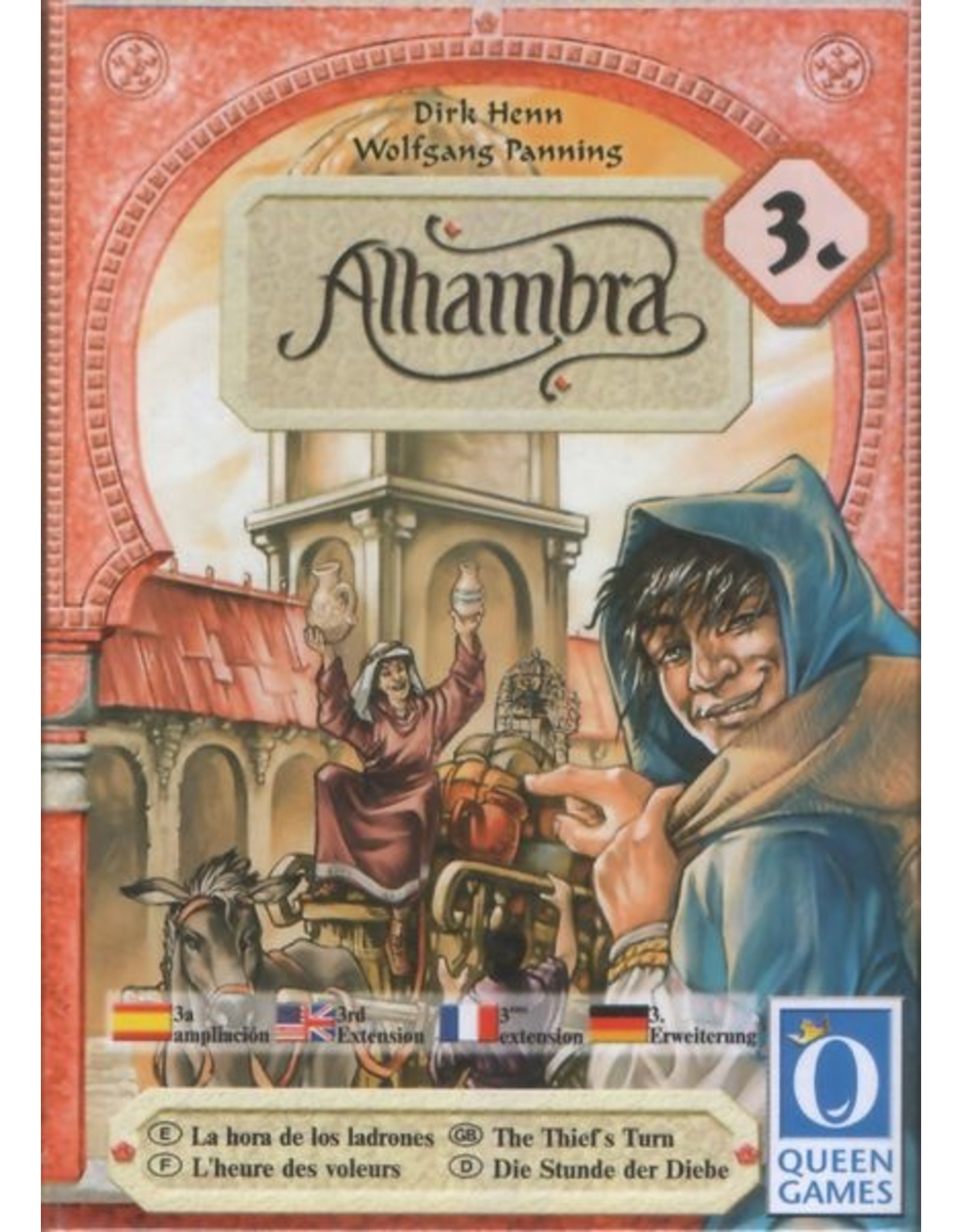 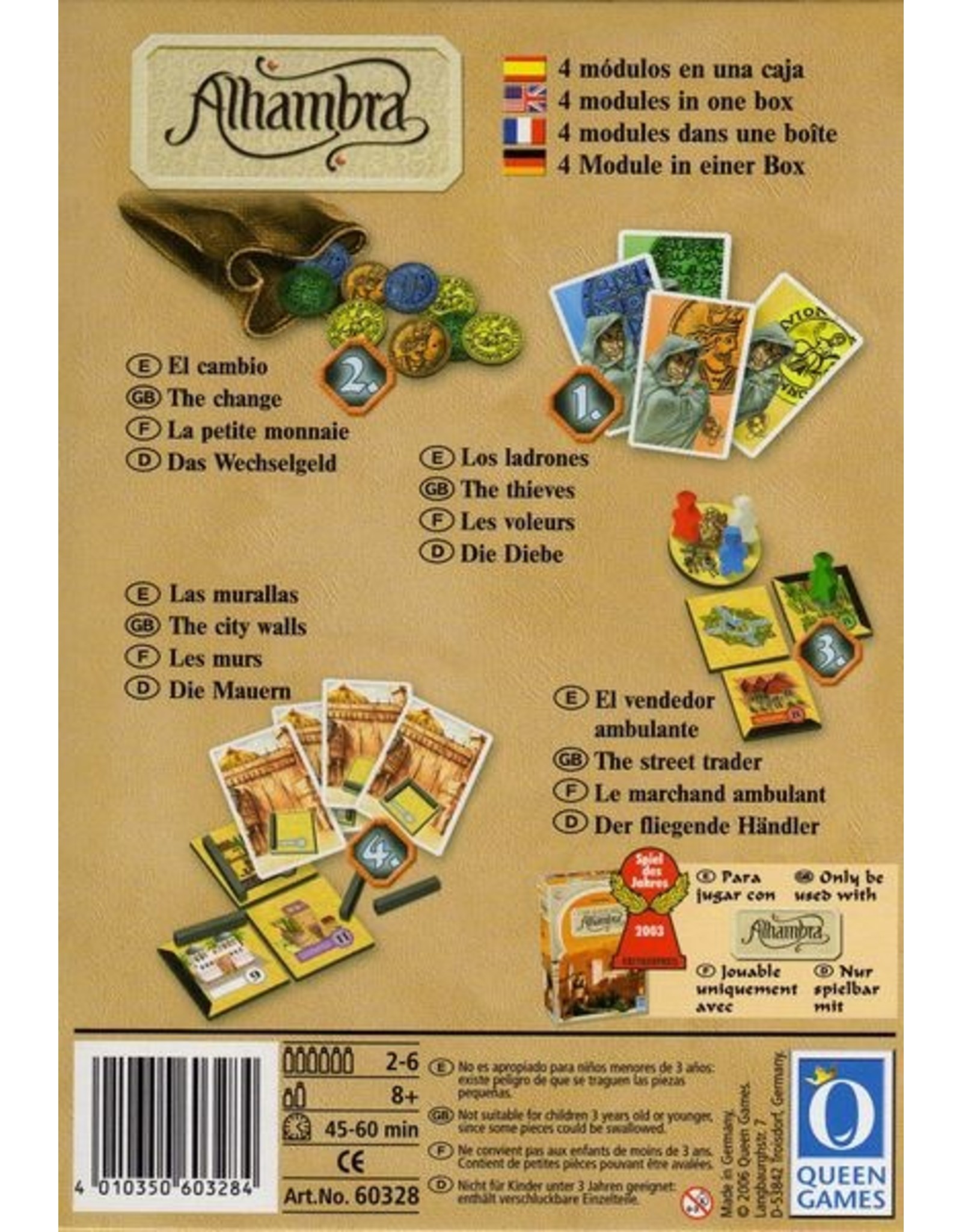 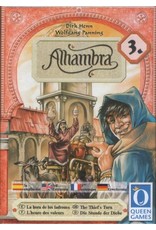 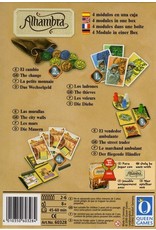 The third extension to Alhambra called Die Stunde der Diebe (The Hour of the Thieves) is a collection of four separate extension modules that can be mixed with the base game in any combination (like in Die Gunst des Wesirs).

Module "Change" introduces coins into the game. When overpaying for a building, players now get partial change back in coins, which you can use as normal money cards.

With the module "The Thieves," thief cards are dealt to players in the beginning. The thieves allow players to take available money cards out of turn.

With the module "The Walls," wooden walls become available. Players can extend their city walls or close existing holes with them. To build walls, a player must first get an appropriate wall card from the money deck.

With the module "The Traveling Merchant," buildings in Alhambra begin to get populated by meeples! The new residents give extra points during the scoring rounds. To get the residents, players must do a little planning ahead with their city layout by using merchant tiles.

*Not a standalone game - requires a copy of Alhambra to play. 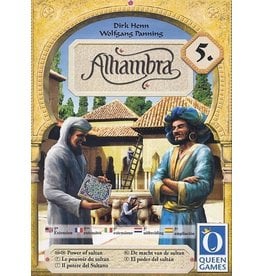 Expansion for Alhambra. Requires a copy of Alhambra to play.
Add to cart
Alhambra: Power of the Sultan Expansion
$29.95 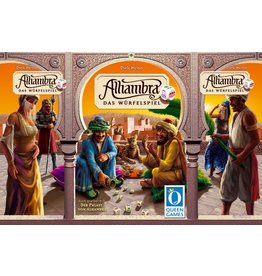 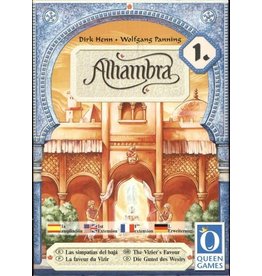 Expansion for Alhambra. Requires a copy of Alhambra to play.
Add to cart
Alhambra: The Vizier's Favor Expansion
$29.95