The Grand Alliance of Death are the armies of undead and mortals that follow the dark commands of Nagash, the Supreme Lord of the Undead. Their purpose is to kill the living imposing the order of the dead upon all the mortal realms, and not just Shyish, the Realm of Death.  These armies are numberless, brought to undeath from tombs to the corpse-mounds of ancient battles. All types of undead creatures can be found under his service like the skeletal Deathrattle warriors, the rotting corpses of Deadwalkers and the spectral wraiths and shades that haunt the realms. 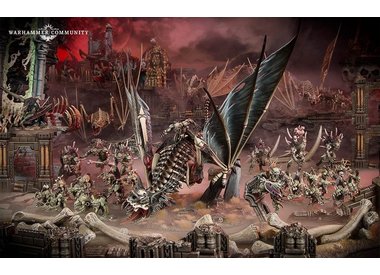 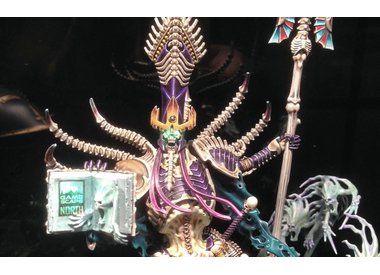 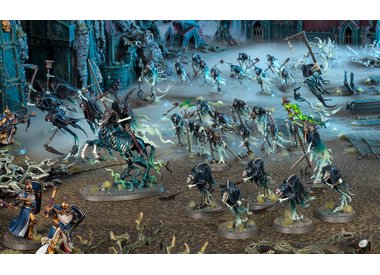 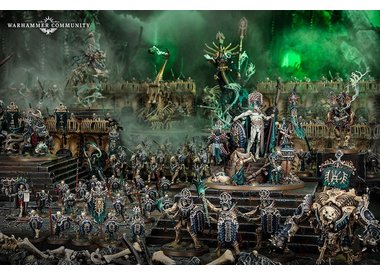