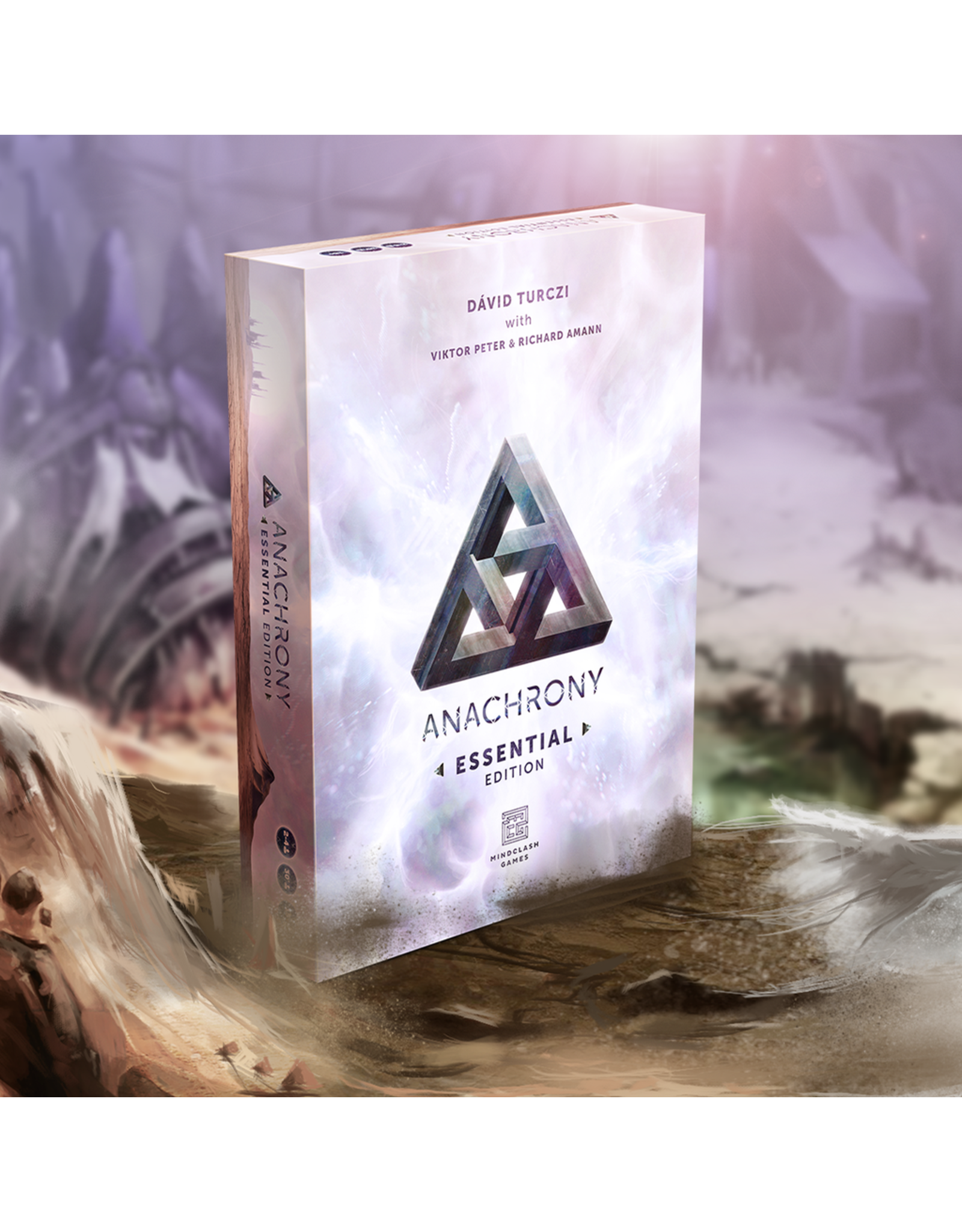 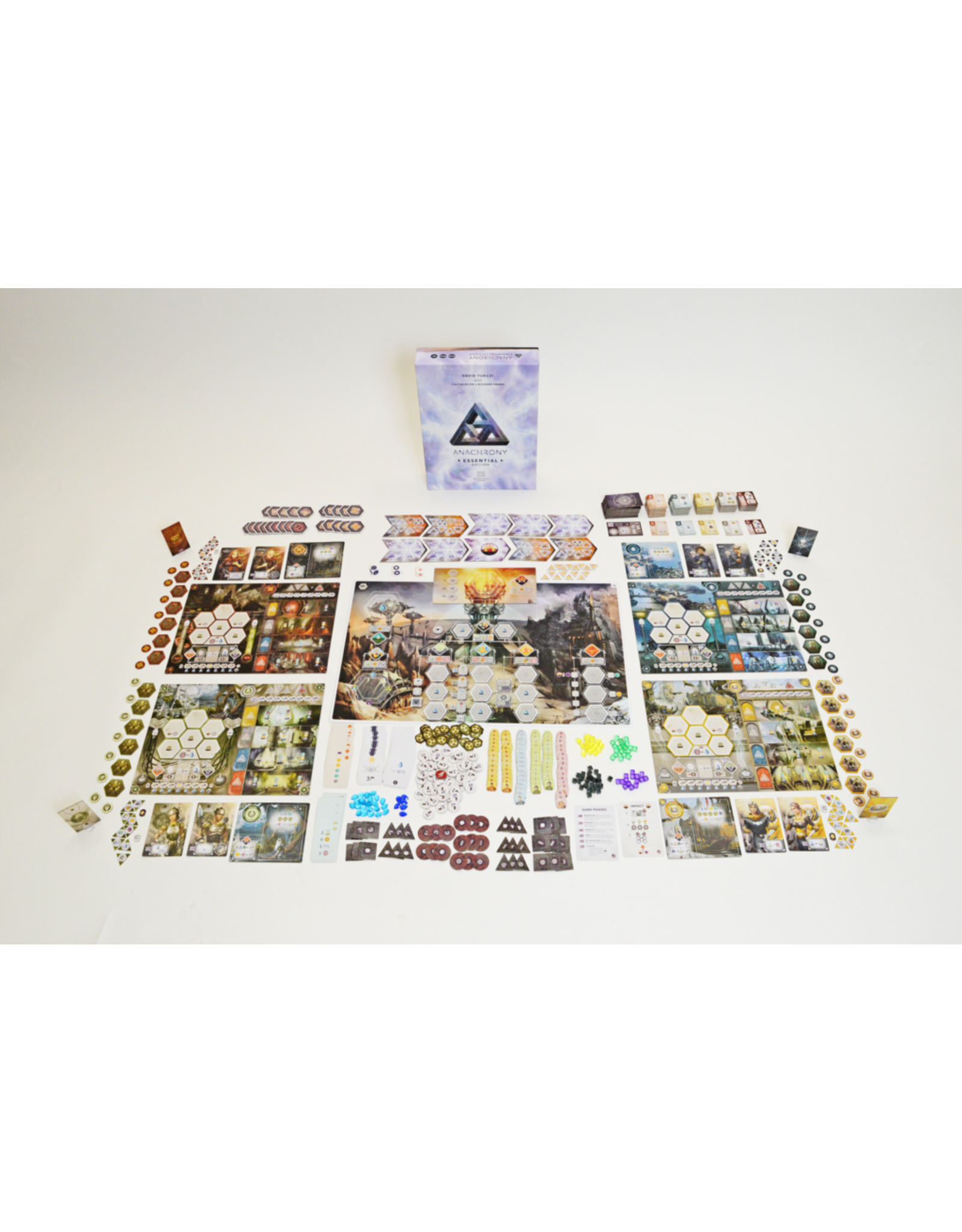 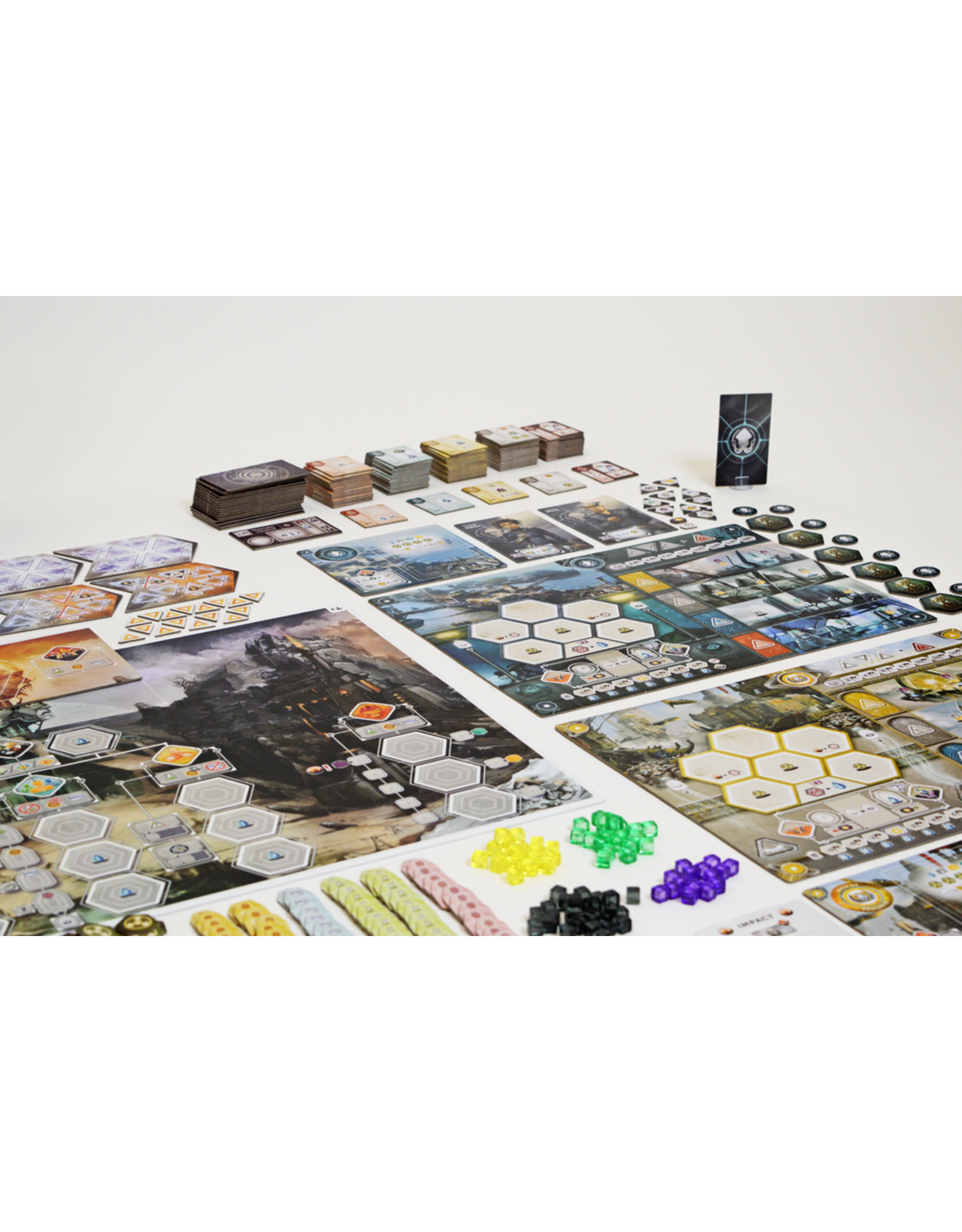 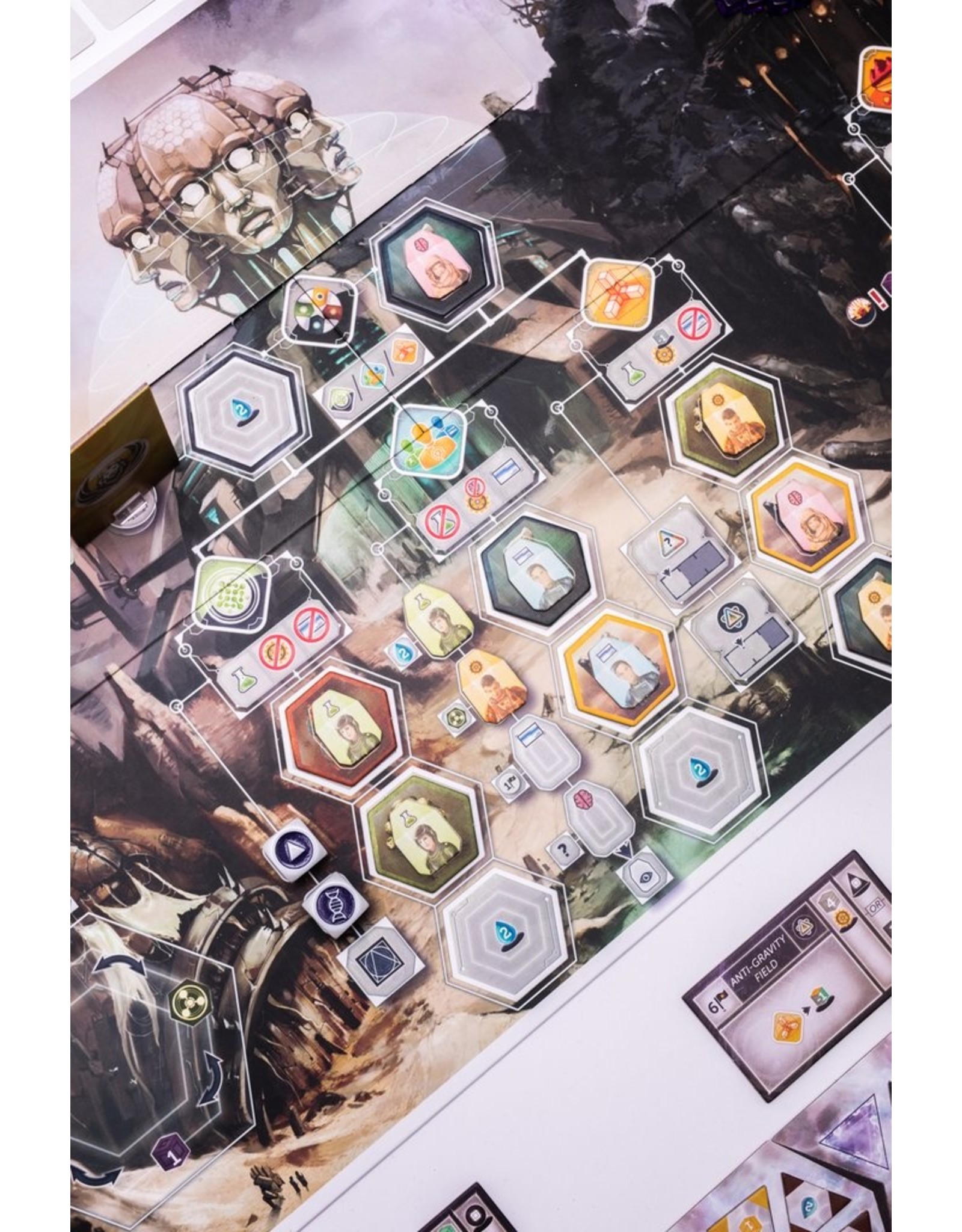 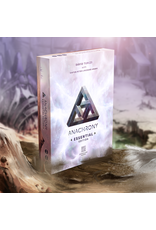 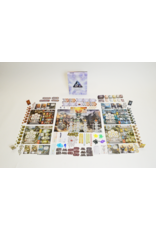 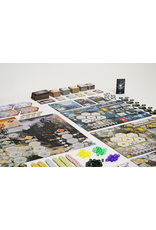 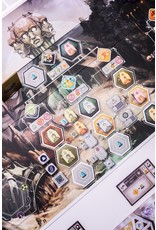 In Anachrony, players assume the roles of the iconic Leaders of four ideological Paths, striving not only for the supremacy and well-being of their people but also their survival. With the foreknowledge that a large asteroid is heading toward Earth, they will plan for the coming impact and prepare their Path to aid in the evacuation of the World Capital, the last independent city. While each path will prove their resilience after the devastating impact, only one will become the home of the new, re-established World Council and the superior power on New Earth.

Anachrony is a competitive Euro-style strategy game set in a post-apocalyptic world rebuilt along four different ideological Paths. The game is played through a series of turns called Eras, with past ones reachable through time travel later in the game. Players assume the roles of iconic leaders of the four Paths, striving not only for the supremacy and well-being of their people, but also their survival. After the fourth Era, an asteroid impact shakes Earth, threatening to destroy the World Capital, Earth’s last independent city. The Paths should prepare for the coming cataclysm, and when the time comes, take their part in evacuating the collapsing Capital. In the end, one of the Paths will be the new home to the reformed World Council, and lead humanity into a new future.

Discover a post-apocalyptic world in a dystopian future, where mankind stands divided but strives for survival together! Learn the history of New Earth and the discovery of time travel, dive deep into the ideology and culture of the four Paths, and meet their charismatic Leaders!
Immerse yourself in the rich lore of Anachrony by downloading the 'Art & Storybook' or just simply click on 'Learn more.'