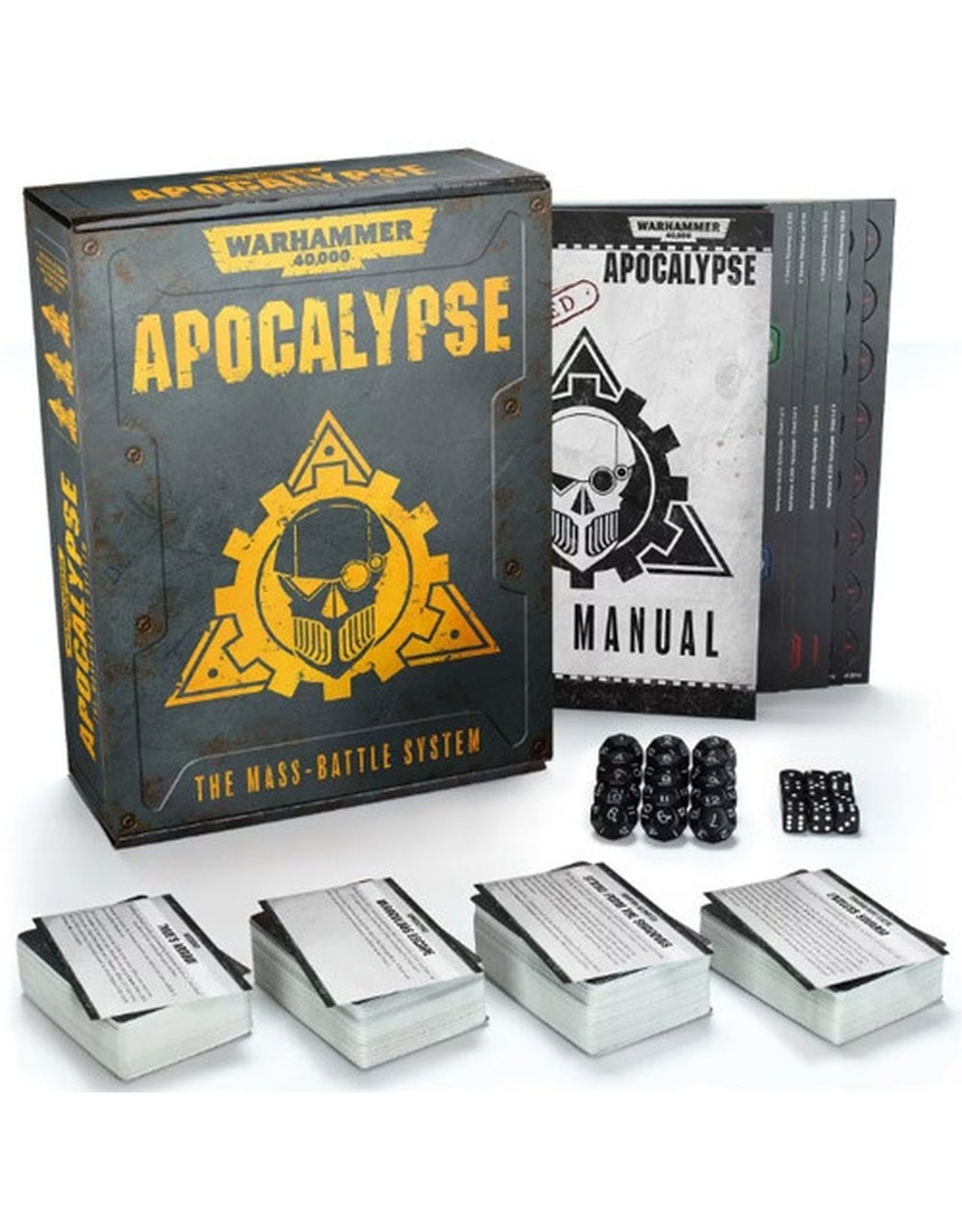 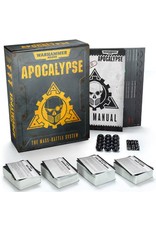 Warhammer 40,000: Apocalypse is a game of massive battles set in the grim darkness of the far future. If you've ever wanted to field an entire Space Marine Battle Company or household of Imperial Knights (and more besides), then this is the game for you!

As with Battle-forged armies in Warhammer 40,000, your collections are organised into any of 10 different types of Detachment (and each led by a Commander) that move and fight together on the battlefield. Each Detachment also gains a Faction Ability, enabling you to theme your army by Detachment and include narrative-driven alliances within it.

In each turn, players issue Advance, Aimed Fire or Assault orders in secret to each of their Detachments, giving them a chance to bluff, surprise and outmanoeuvre their opponents with their choices. Each player constructs a deck of 30 Command Assets (from a choice of 300 included in the set), including a number of faction-specific cards, enabling them to pull off strategic power plays as the battle unfolds. These effects include devastating psychic powers, changes of orders and crucial re-rolls. There are six missions to choose from, as well as a mission generator with which to create your own.
Add your review
0 stars based on 0 reviews