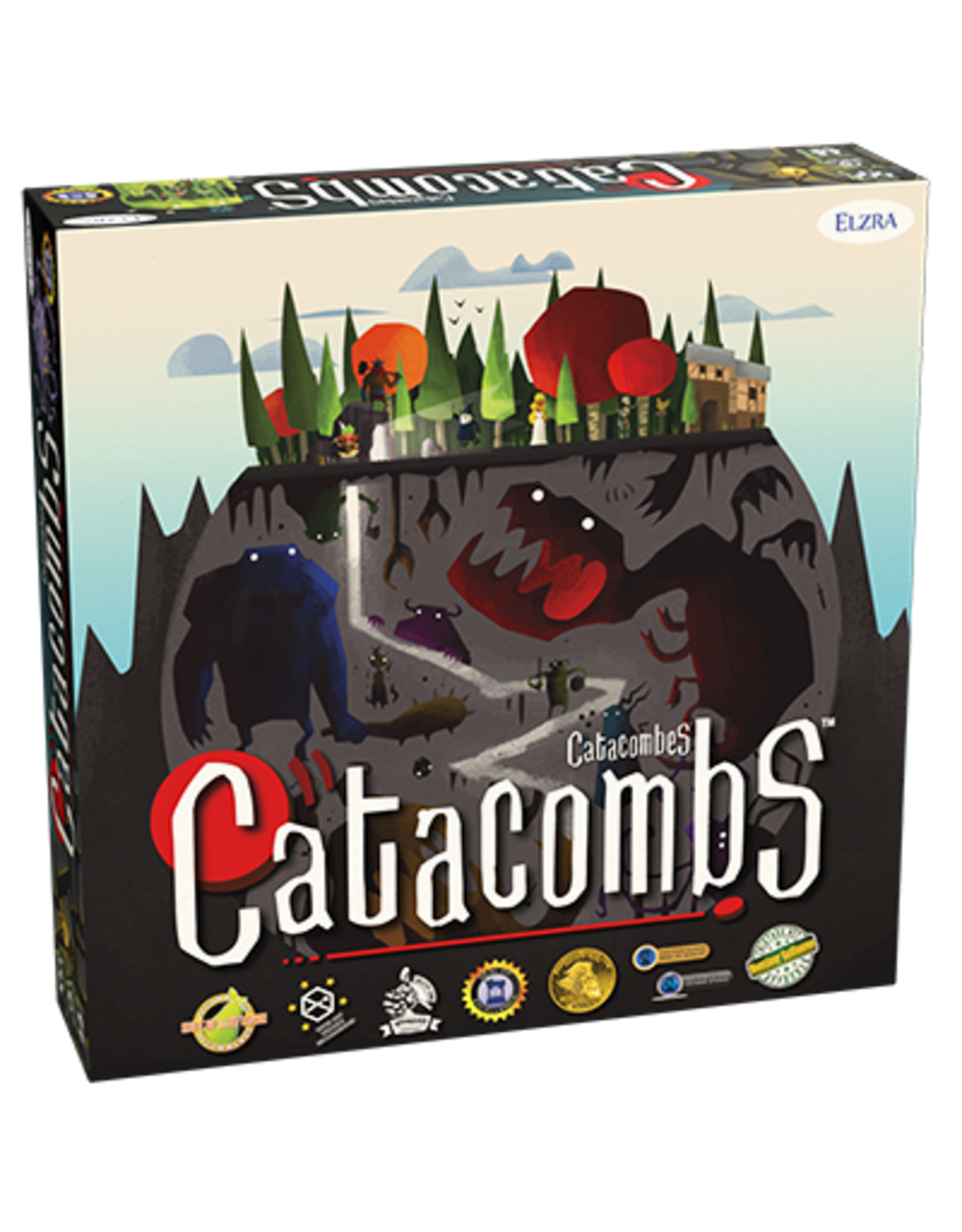 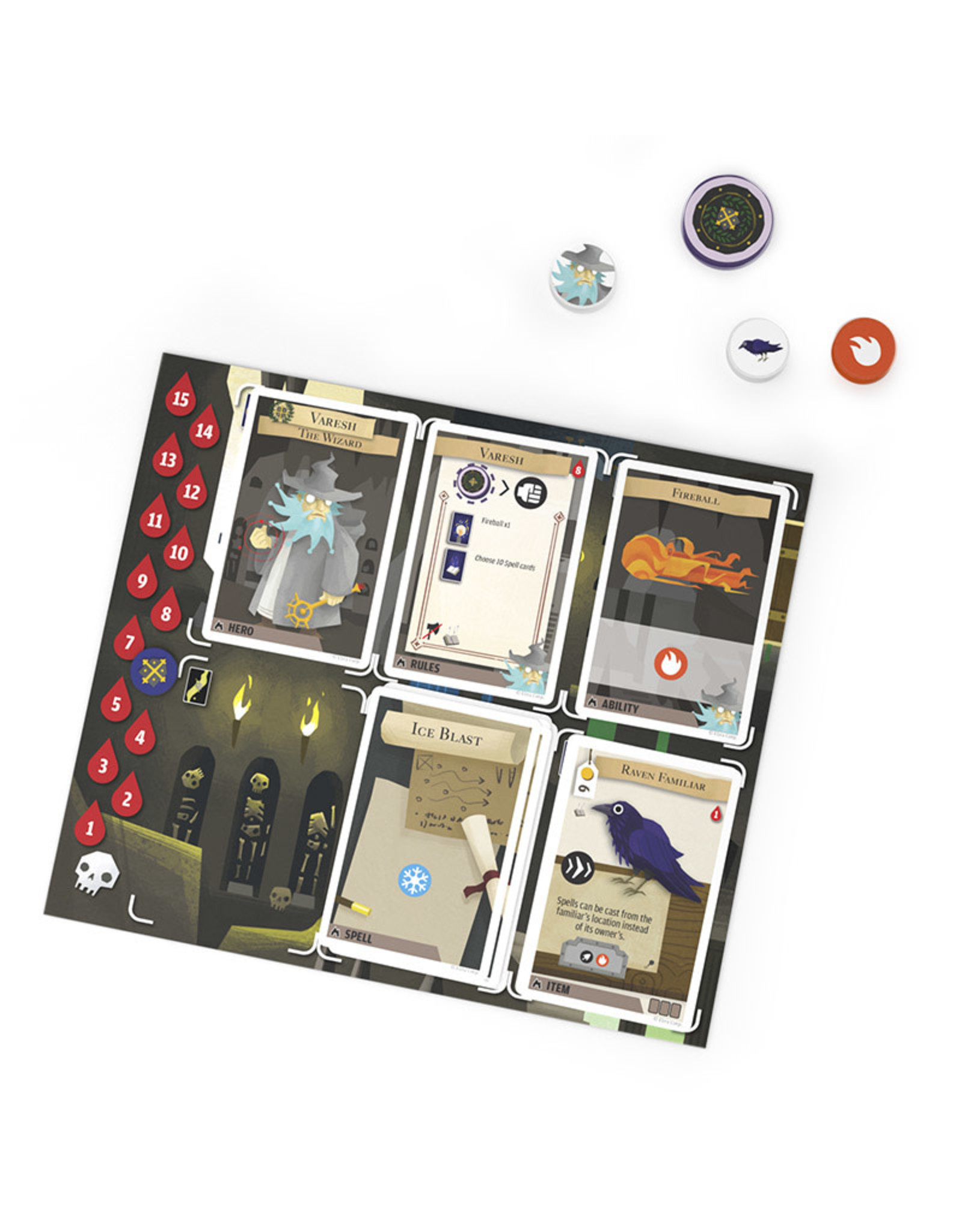 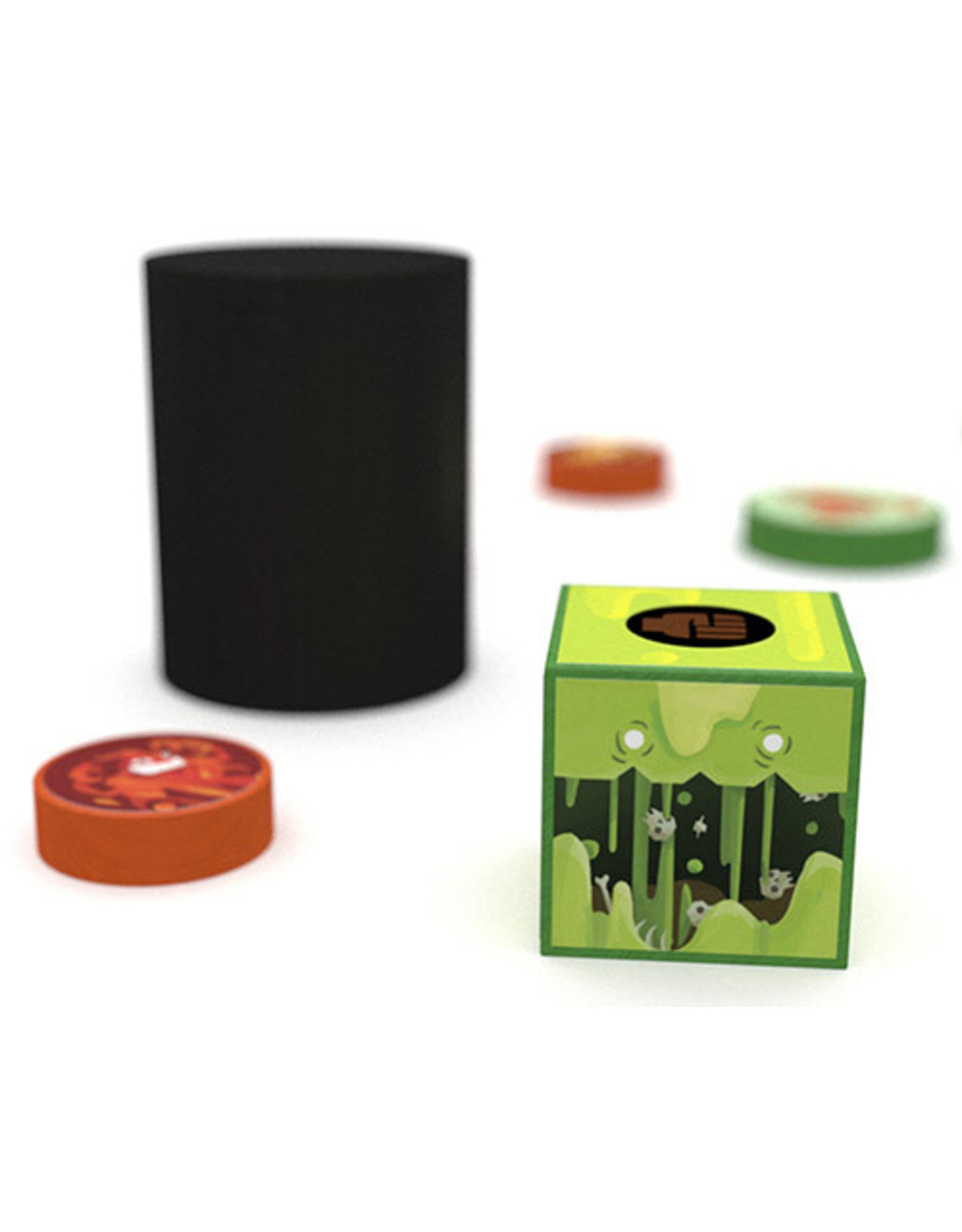 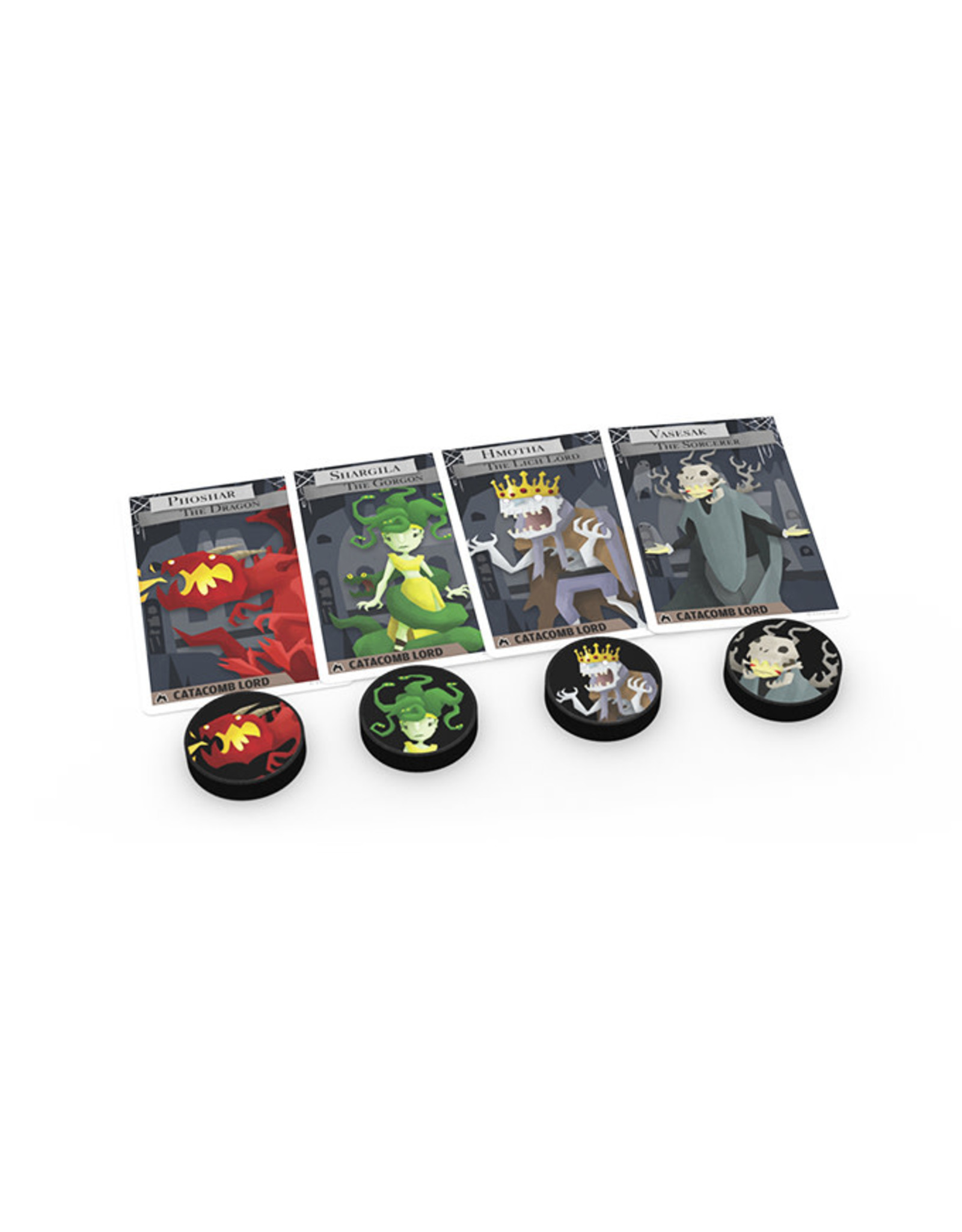 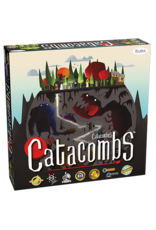 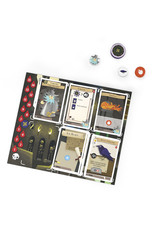 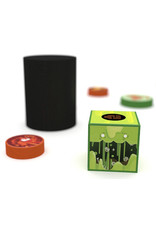 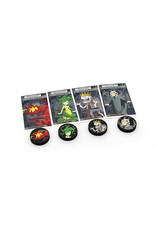 Catacombs is an award-winning, cooperative board game set in the fantasy world of Cimathue, and you need skill and dexterity to master this fast-paced game.

One player (the Overseer) marshals an army of monsters while the others choose from six brave heroes who embark on a quest to save the town of Stormtryne from the threat lurking in the catacombs below. As the heroes explore, they must use their abilities, buy items, and recruit allies to help them defeat the monsters before facing the powerful Catacomb Lord, thereby saving the town.

In more detail, in Catacombs players flick wooden discs that represent the monsters and heroes. Contact with an opposing piece inflicts damage, while missiles, spells, and other special abilities can cause other effects. When all of the monsters of a room have been cleared, the heroes can move further into the catacomb.

Items and equipment upgrades can be purchased from the Merchant with gold taken from fallen monsters. The Catacomb Lord is the final danger that the heroes must defeat to win the game. Conversely, the Overseer wins if all of the heroes are defeated.

This third edition of Catacombs has all-new artwork compared to the earlier editions, but more importantly the keywords from the first two editions has been replace with iconography, the terminology has changed, and the third edition has new shot types, new card effects, and a different set of components (many of which have changed statistics) as well as wall pieces not present in earlier editions.