In the Yu-Gi-Oh! TCG, players use the cards they’ve collected to construct Decks based on the game Duel Monsters played by the characters in the original animated series.

Legend has it five thousand years ago, ancient Egyptian Pharaohs used to play a magical game very similar to Duel Monsters.  They called it the Shadow Games.  Now, in present times, the game has been revived in the form of playing cards.

Giant monsters!  Powerful magic!  And ancient Egyptian legends!
Yu-Gi-Oh! is one action-packed adventure series that holds all the cards!  It’s your move! 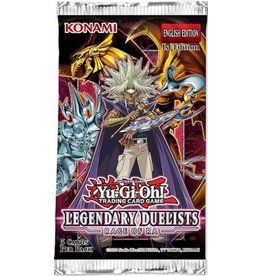