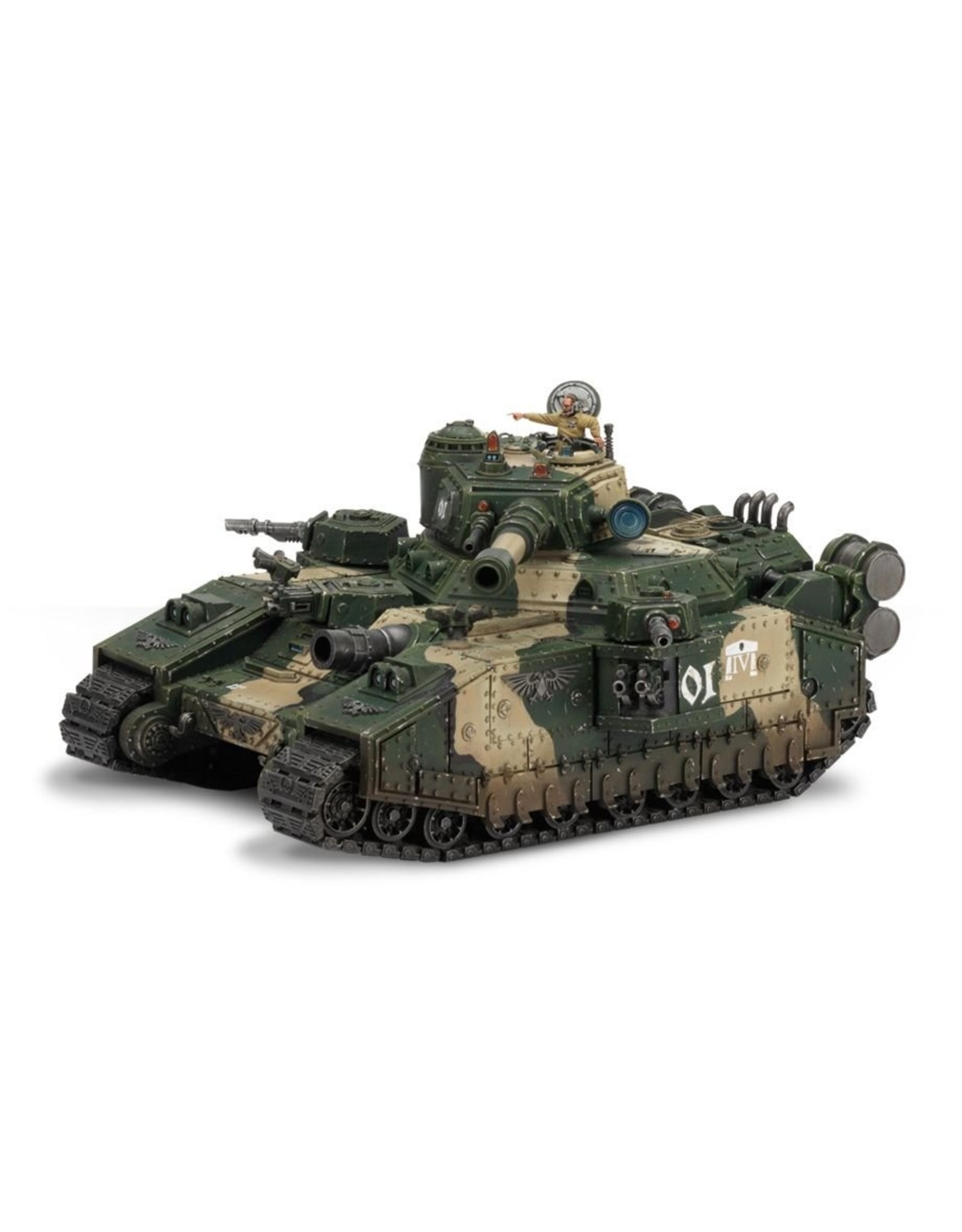 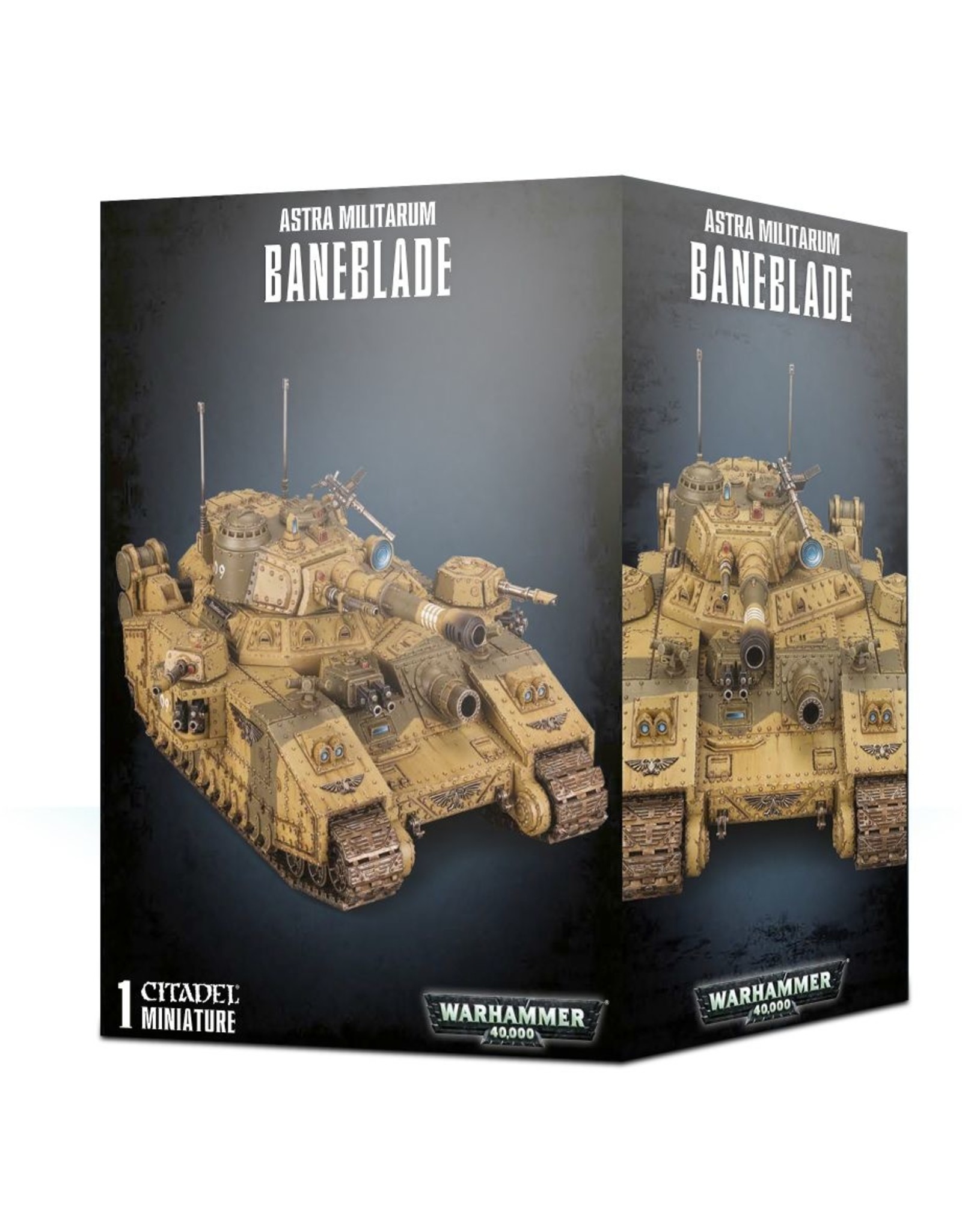 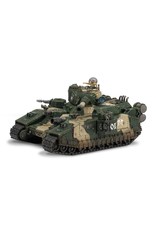 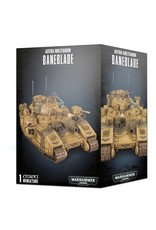 A single super-heavy tank is a dominant presence in an Astra Militarum battle line. As it ploughs inexorably forward it lays down a wide path of destruction. Enemy ranks shatter long before it reaches their position, and those unlucky few who are able to maintain their defensive formations are ground to paste under the slab-like plates of its tracks. The Baneblade is the most common variant of super-heavy tank. Its primary weapon – the fearsome baneblade cannon – is capable of delivering apocalyptic bombardments at a terrifying range.

The Baneblade is armed with a fearsome array of weapons, from the mighty baneblade cannon (and optional coaxial autocannon) on its turret, to a hull-mounted demolisher cannon. It can also be equipped with a pair of sponsons sporting a twin heavy bolter or twin heavy flamer, each capped by a lascannon turret!

The kit includes a huge array of accoutrements, including aerials, artillery shells, smoke launchers, searchlights, tools, name plates, pintle-mounted heavy stubbers. On top of this you also get 3 optional turret-mounted crew who come with a variety of heads, arms and weaponry, allowing you to make an officer, driver or gunner. Alternatively, you can assemble the turret with a closed hatch. There are also parts for you to make an Astra Militarum officer on foot (supplied with a Citadel 25mm Round Base).

This multipart plastic kit contains a whopping 295 components. The kit includes the parts to assemble the kit as a Banehammer, Banesword, Doomhammer, Hellhammer, Shadowsword, Stormlord or Stormsword super-heavy tank instead of a Baneblade. Also included is 1 Astra Militarum Vehicle Transfer Sheet, which can be used to add markings and insignia. 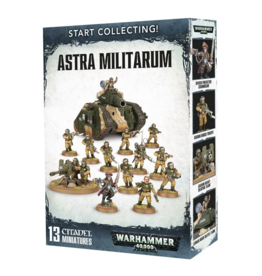 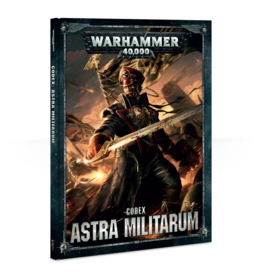 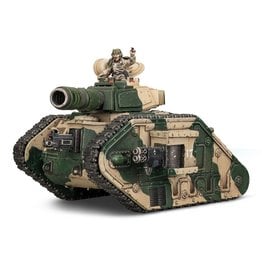