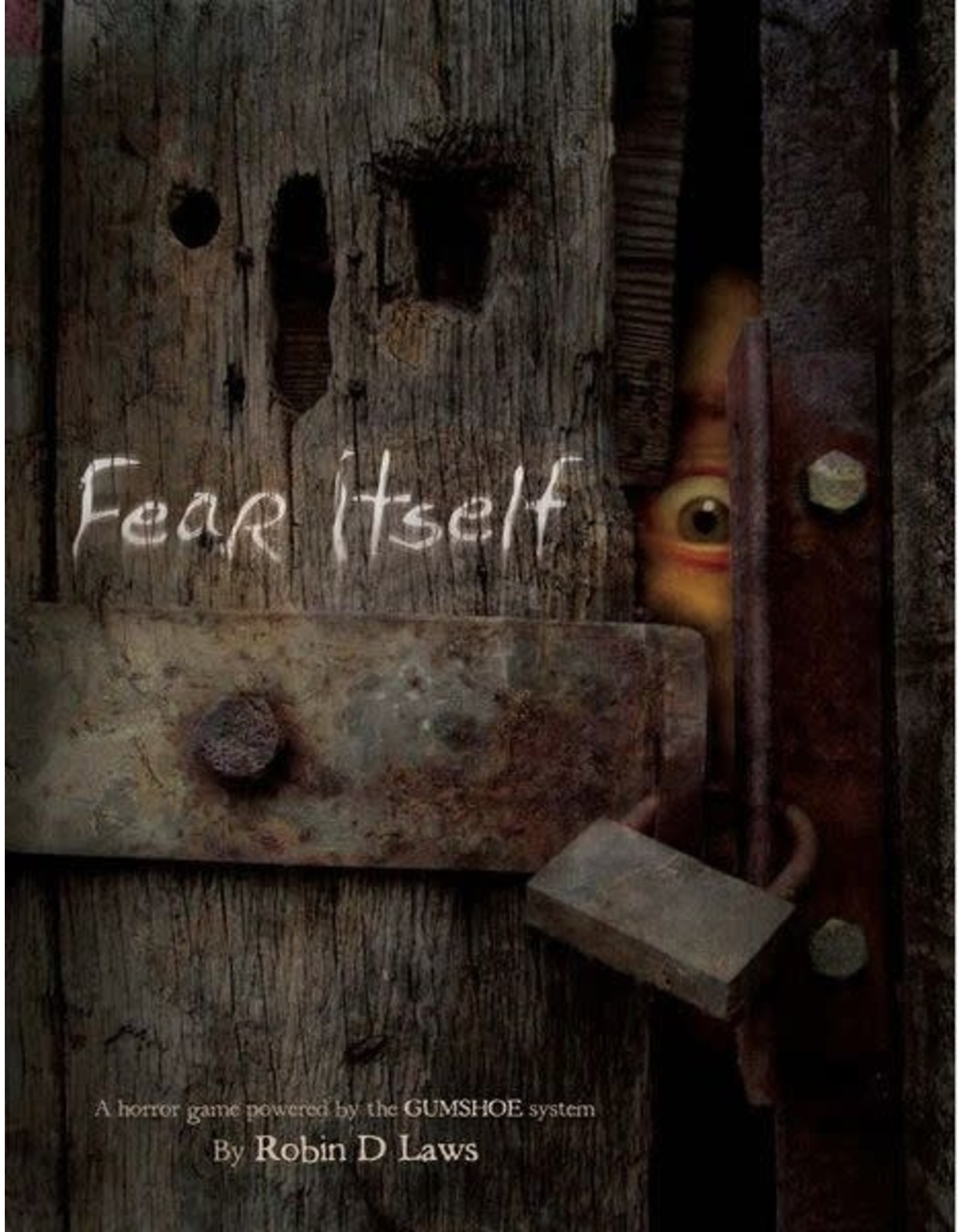 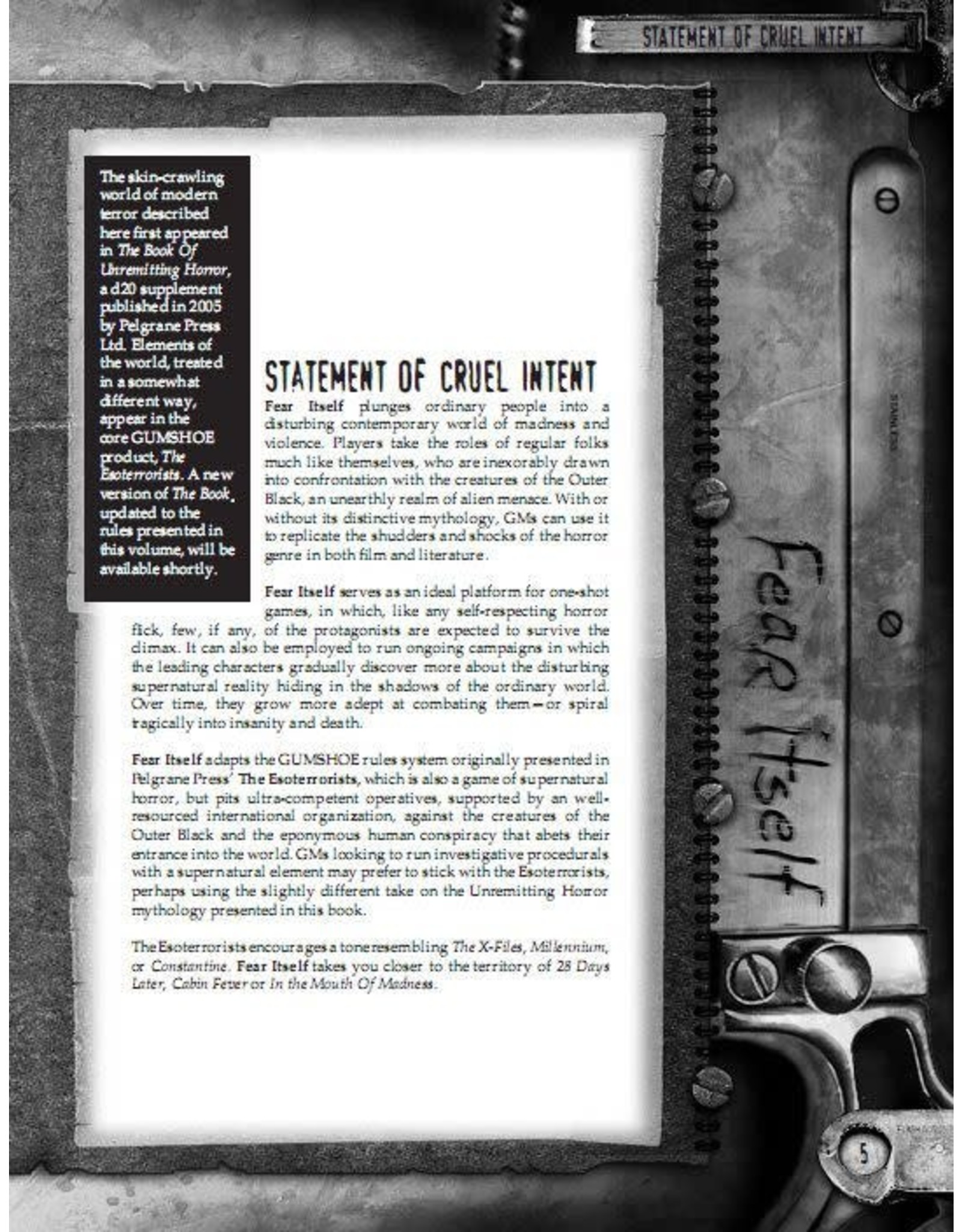 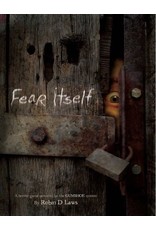 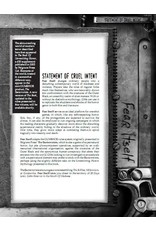 Prepare to face the darkness - Alone and naked, with only your wits to keep you alive!

Enter a world of personal horror with Fear Itself.

You are an ordinary person in a world of slashers, frighteners, and creatures of unremitting horror, forced by circumstances to fight back against the things that bump in the night - by confronting their darkest mysteries.

Fear Itself expands the GUMSHOE game with:

Fear Itself uses the GUMSHOE investigative roleplaying system includes everything you need to run the game - it doesn't require Esoterrorists, though it can be used with it.