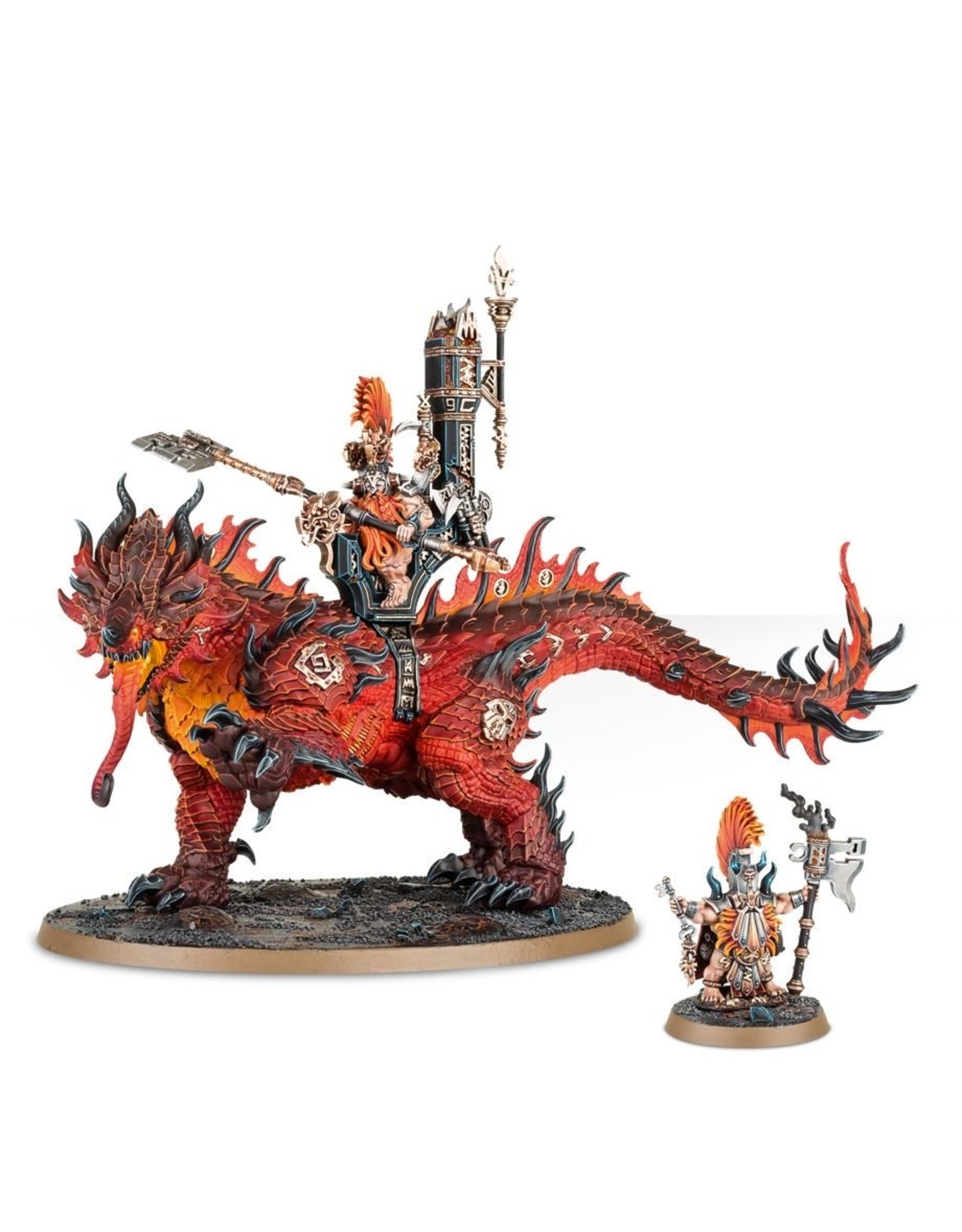 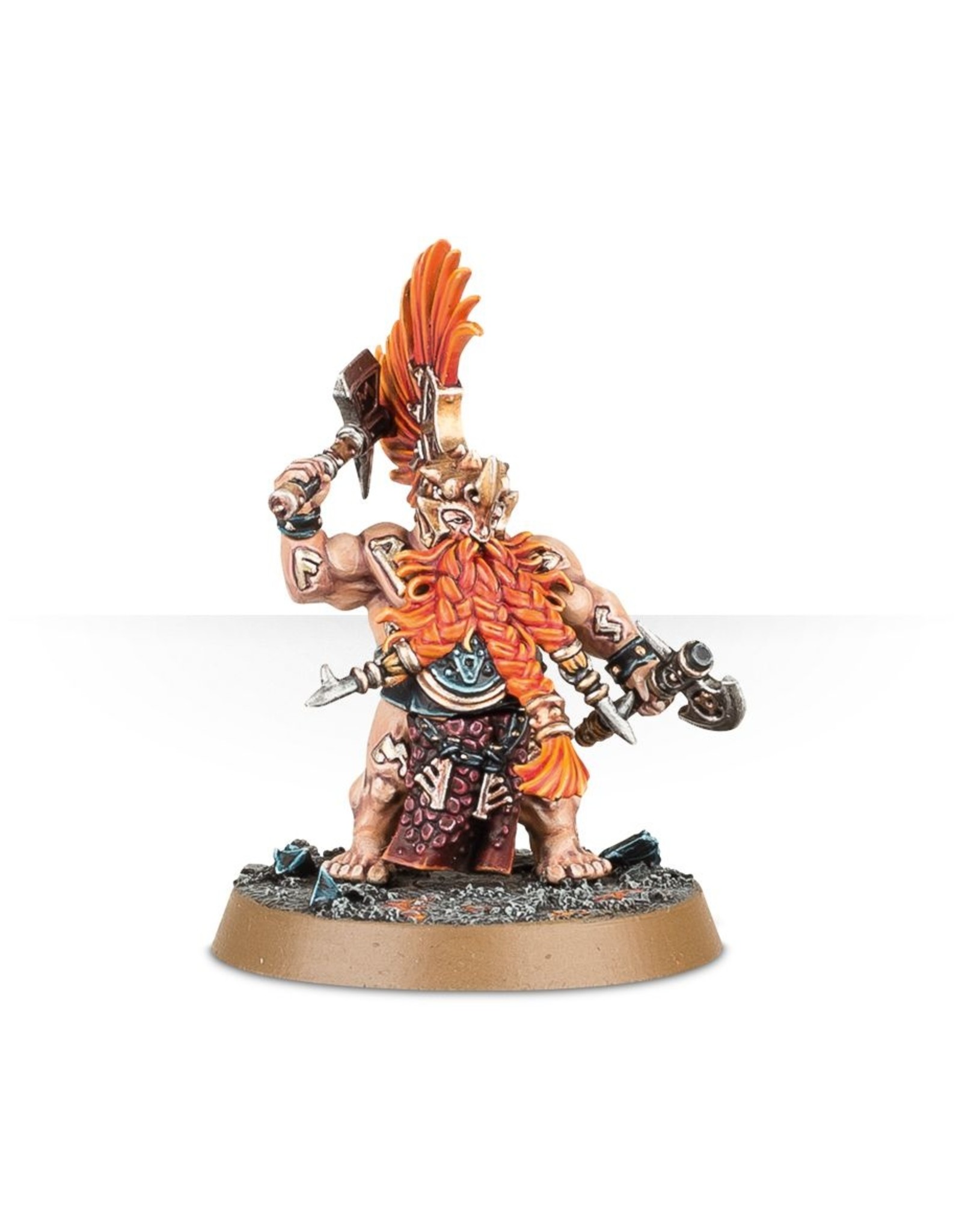 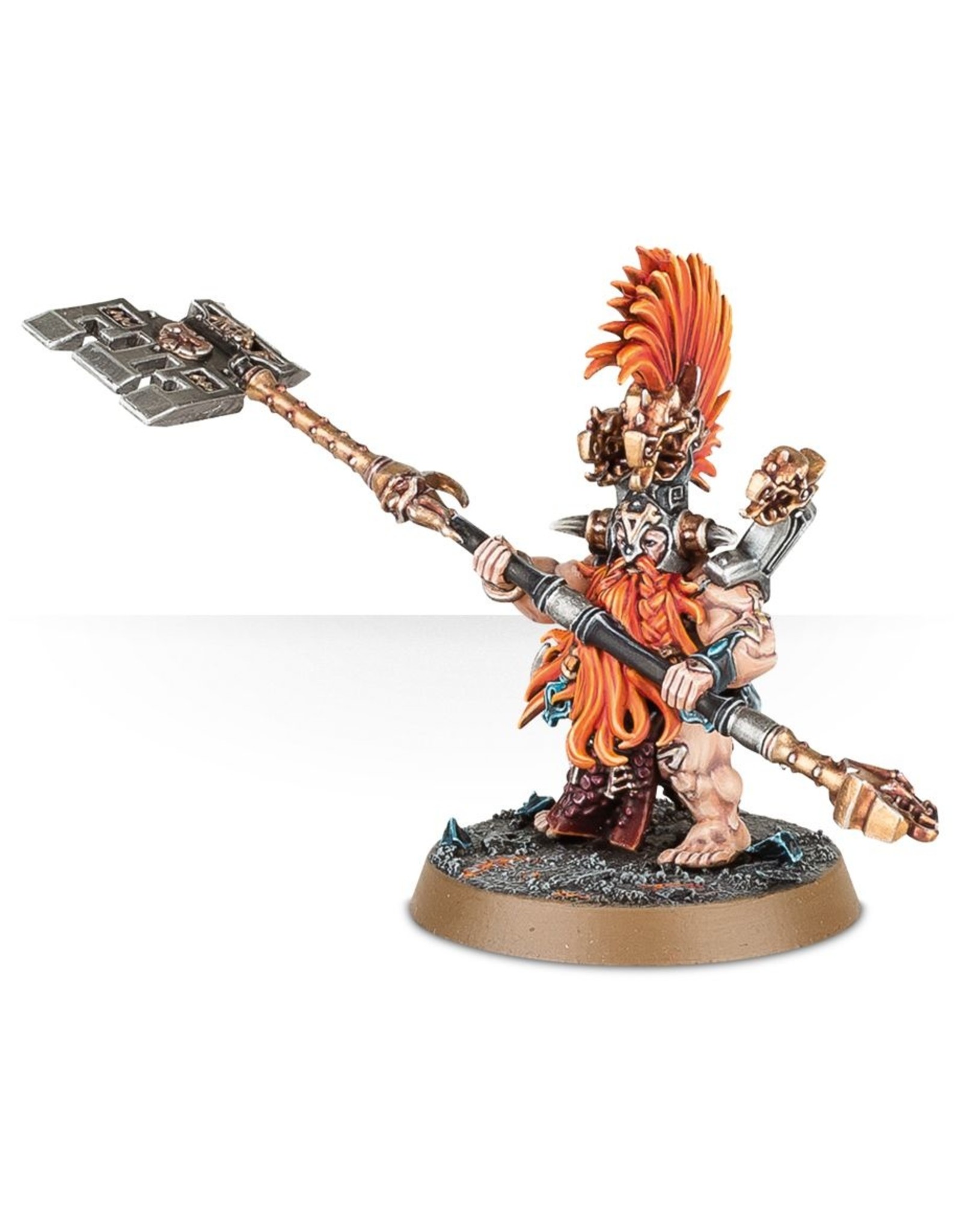 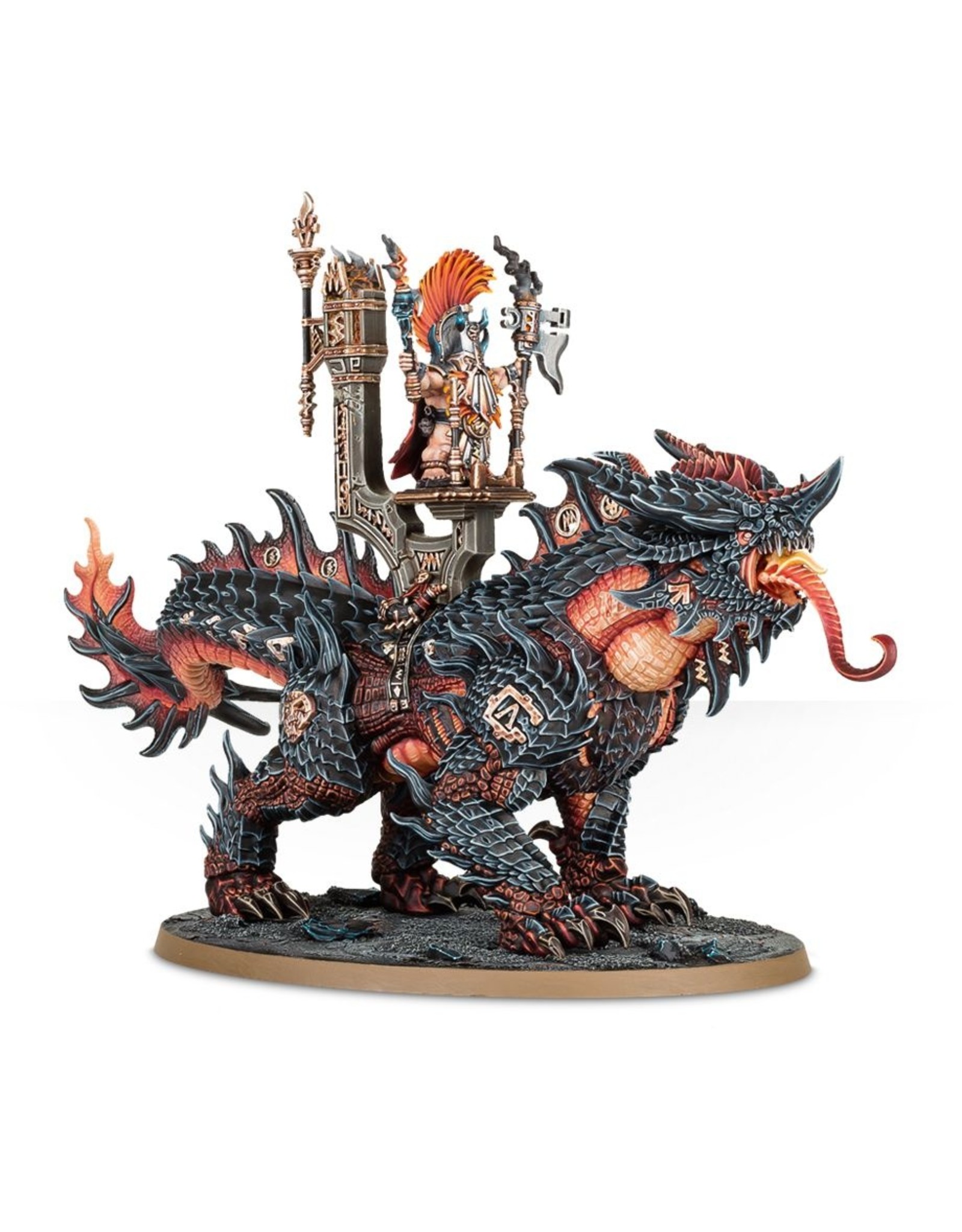 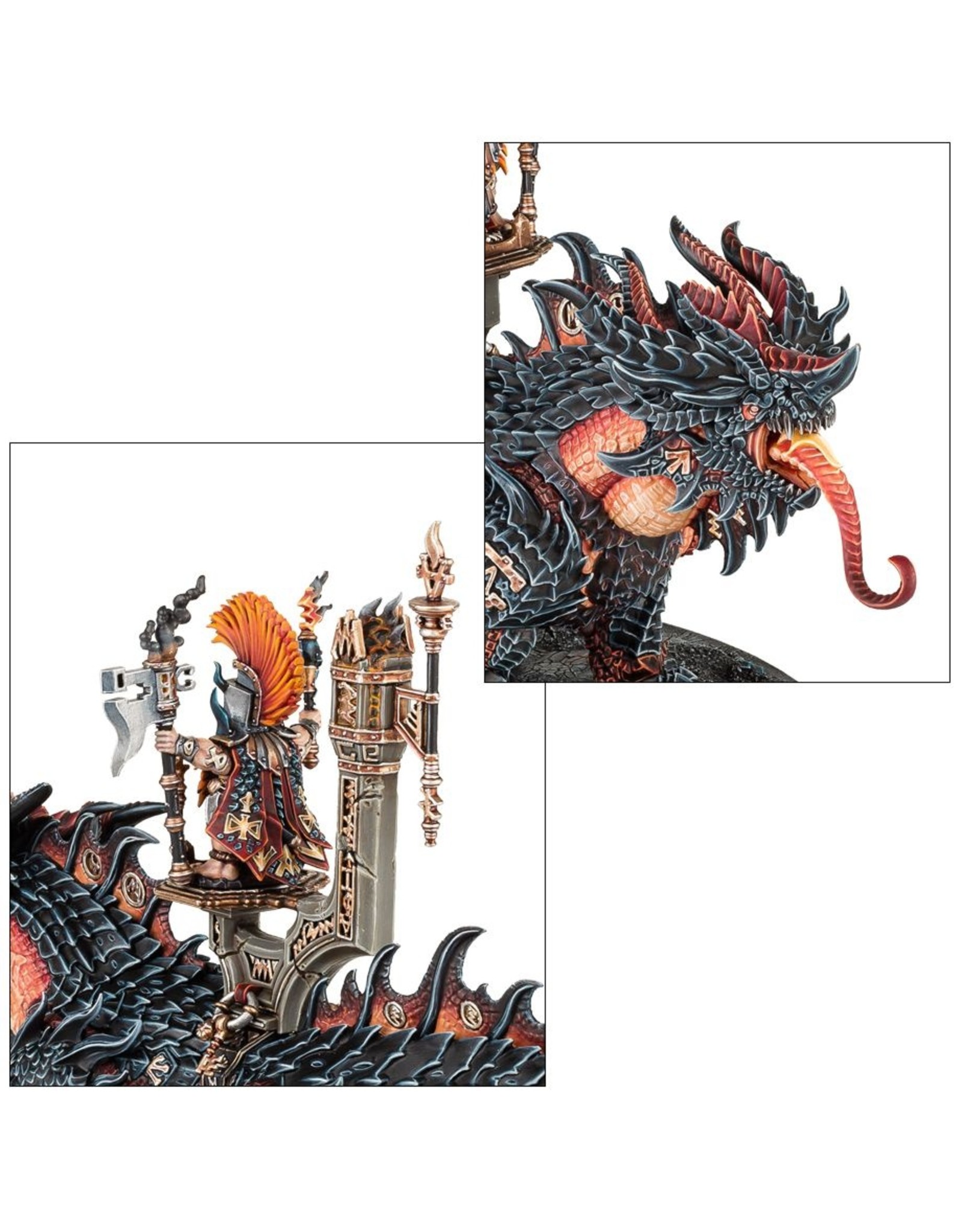 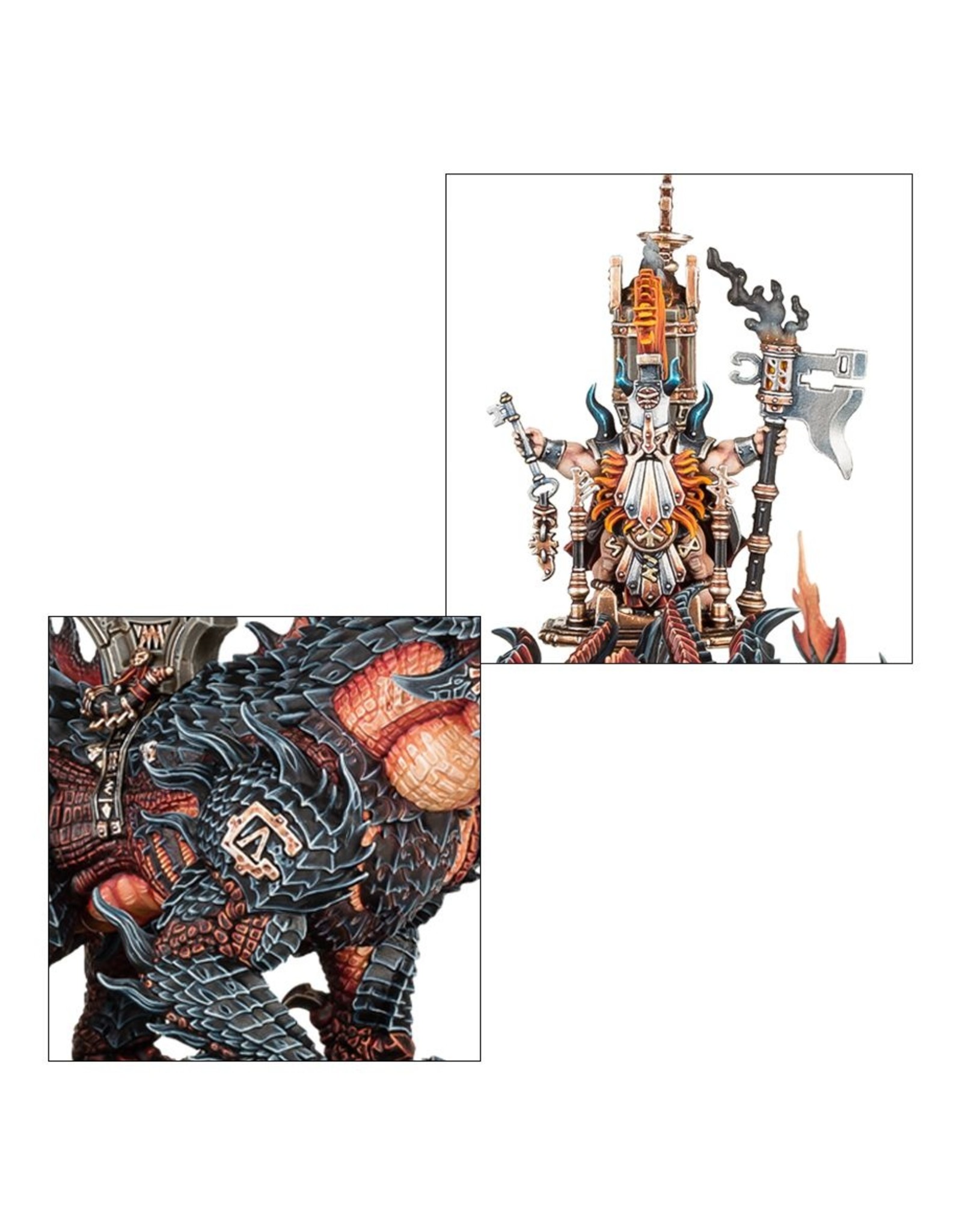 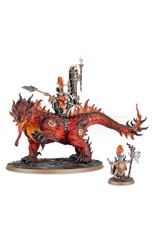 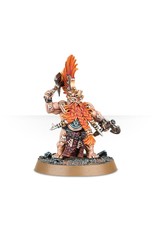 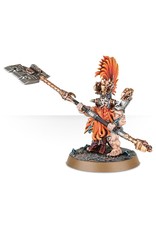 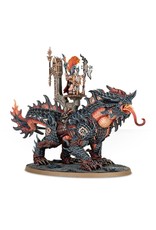 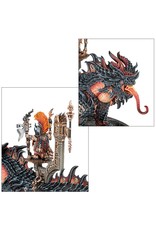 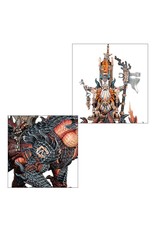 War priests of unrivalled power and renown amongst the Fyreslayers, Auric Runesmiters are the messenger of their god, channeling the power of Grimnir through runes of ur-gold. As they move along the lines of Fyreslayer warriors booming their stentorian chants and incantations they are met with great cheers - their oaths to Grimnir quickly fill the air, and Grimnir’s strength stirs within the battle-lines. Auric Runesmiters display an affinity with ur-gold surpassing that of their kin - they can discern a single piece within an entire chest of ordinary gold. The greatest of these warriors ride fearsome Magmadroths; tearing their way into the heart of battle upon these huge, molten-skinned beasts, an Auric Runesmiter may earn the respect needed to ascend to the status of Runemaster - though most are content to remain in the thick of the action.

This multi-part plastic kit contains all the components you need in order to assemble an Auric Runesmiter on Magmadroth. Armed with a latch-axe and either a runic iron or forge key, plus fyresteel throwing axes, he stands atop his Magmadroth on a bed of burning coals.The Magmadroth features flame-shaped scales, three crest options, a huge flaming chimney on the saddle and a huge array of additional components - pipes, bundles of axes, a drinking horn and bundles of ancestral jewelry. You can also assemble an Auric Runeson or Auric Runefather to accompany the Runesmiter on foot!