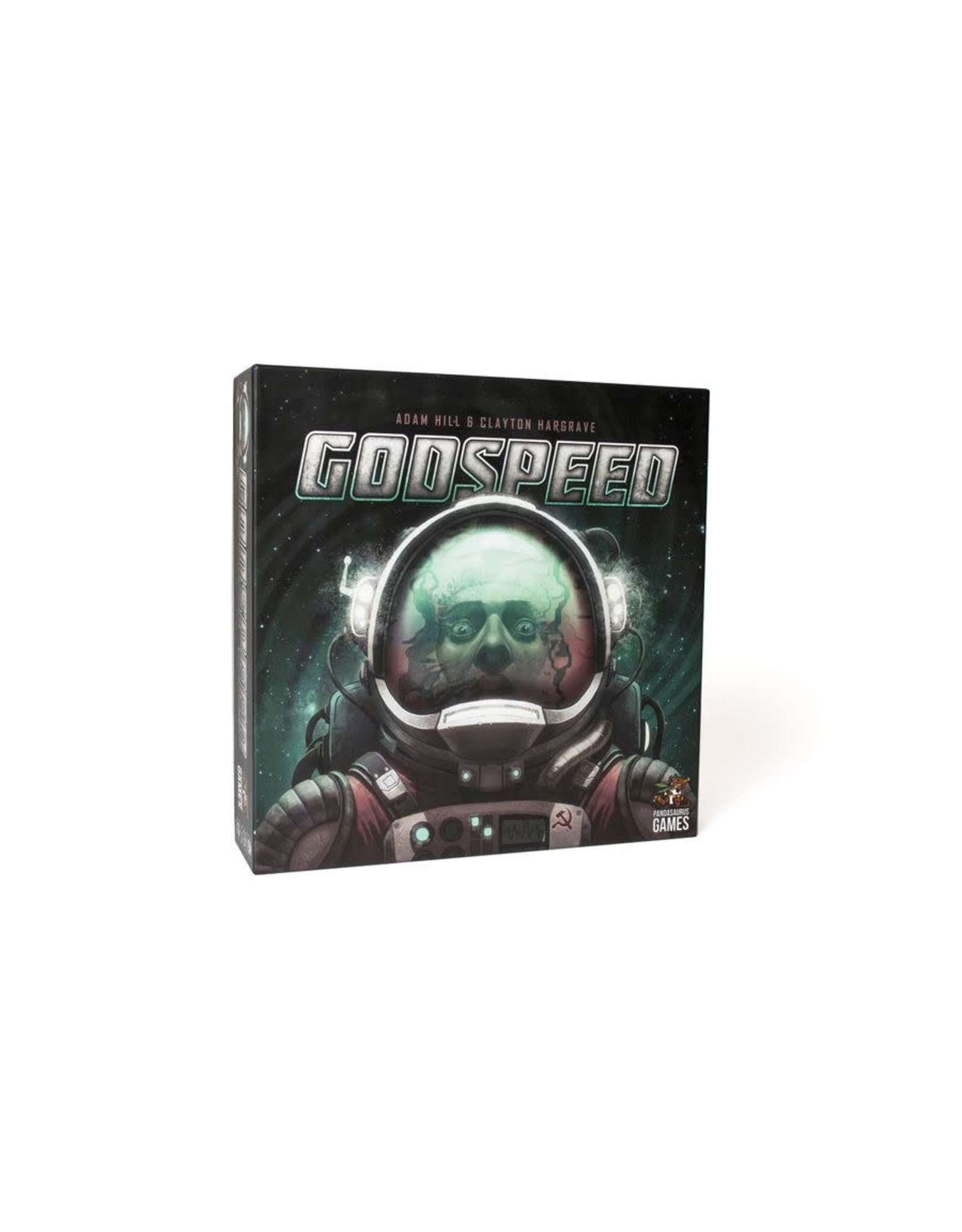 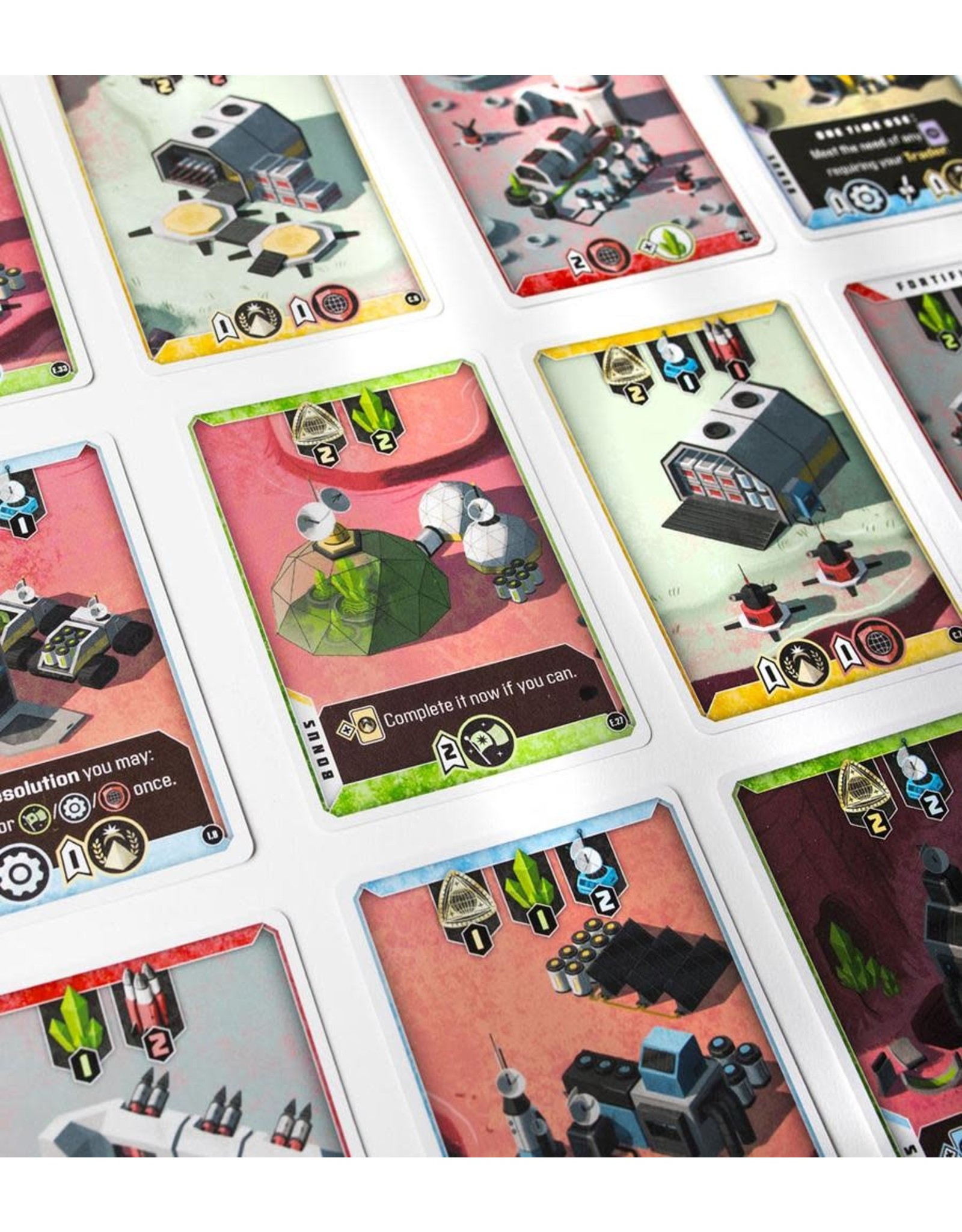 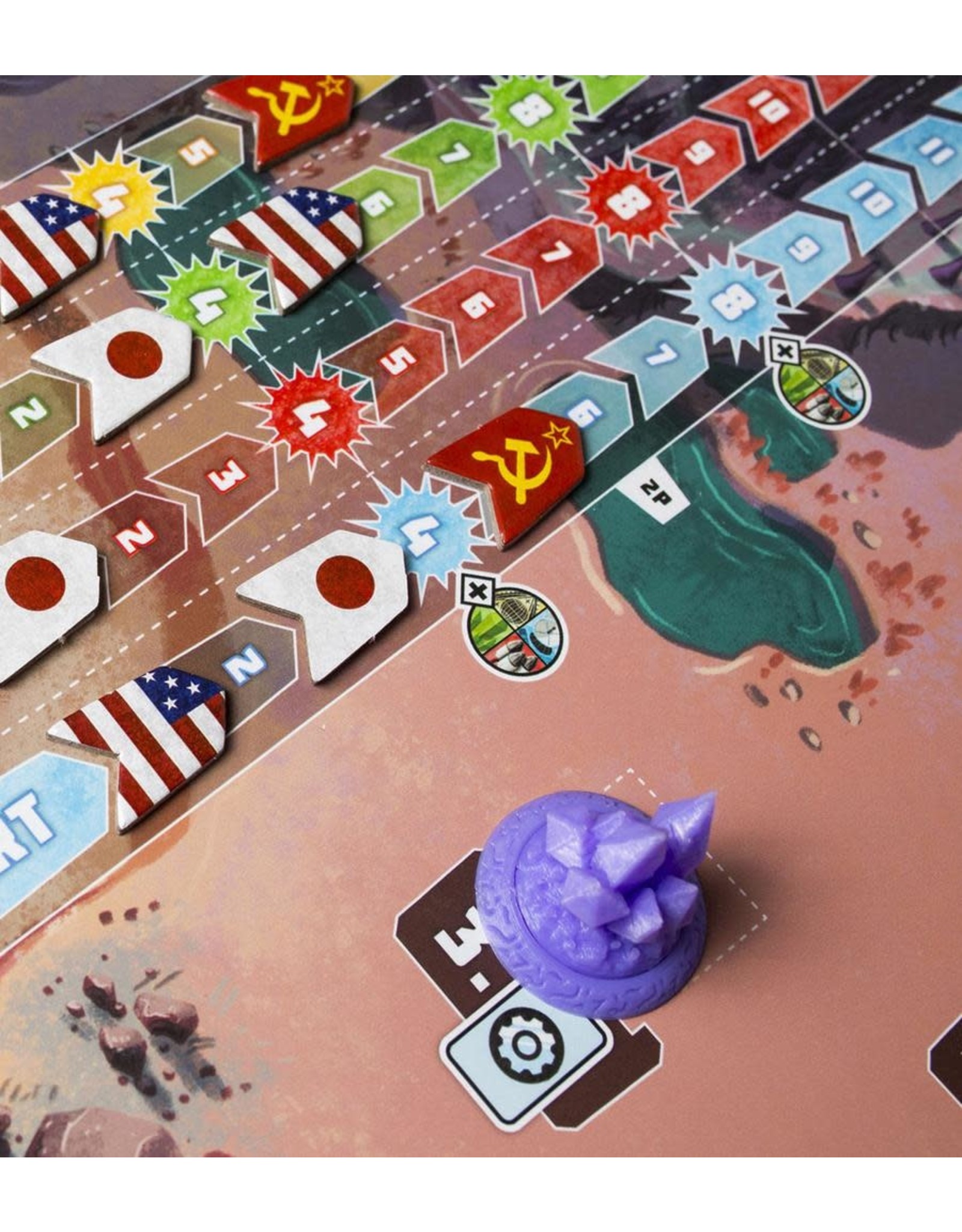 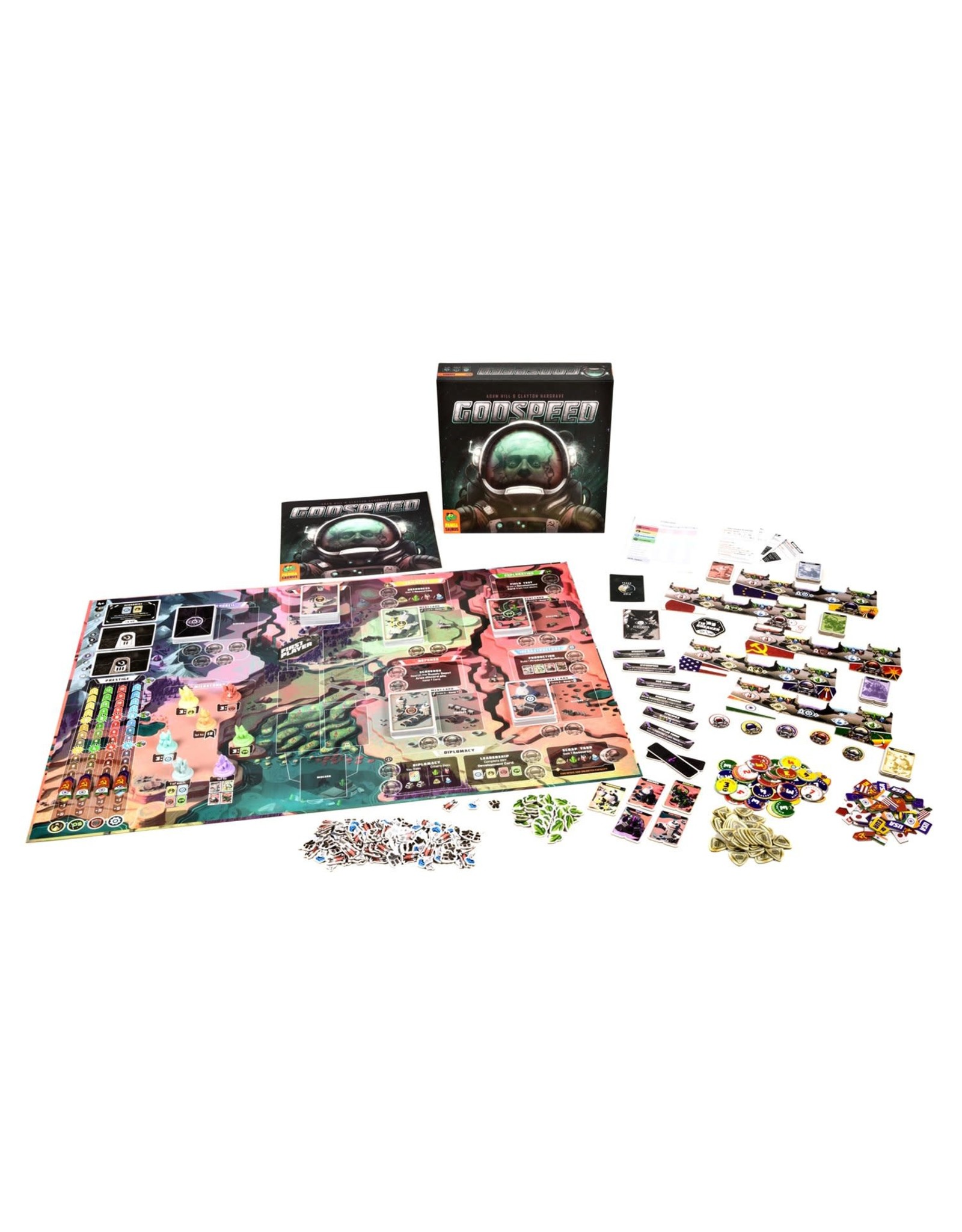 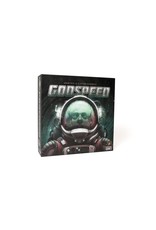 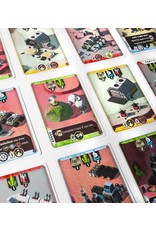 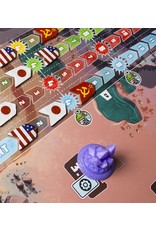 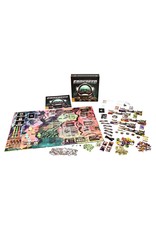 The Space Race was a lie.

Look, it's not that the moon landing was faked. It happened. Neil hates the conspiracy theories. The lie is that we ever wanted to go to the moon. We needed a spectacle to show the people. To justify the massive budgets. The agencies.

Neil stepped on a rock 239,000 miles from Earth. Big deal. I stepped on an Exoplanet circling Ursae Majoris 18 months earlier. It's a one-way trip - so there ain't any going home. No ticker tape parade for me, but that's ok. I'm here for my country.

See, the Russians beat us here by a few months. Japanese showed up a few weeks after us. We'll colonize this planet for America. Because there isn't a choice....

In Godspeed, players play as scientists from one of 5 nations: the USA, Japan, Soviet Union, the European Nations, or India. The game is played in 10 rounds, each with four phases.

Points -- Prestige is gained on 4 tracks (Defense, Exploration, Commerce, and Infrastructure) and your position on these tracks gains you points at the end of the game. You may also gain points by achieving Civilization Milestones (only 1 Nation may claim each Milestone), completing Lunar Season scoring cards (any number of Nations may complete these), building ancient XenoRelics, completing special objective cards, and for left over resources.

The Nation with the most victory points wins. 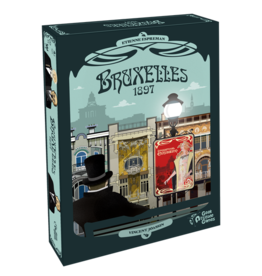