Dominoes with a kingdom building twist.

The game uses tiles with two sections, similar to Dominoes. Each turn, each player will select a new domino to connect to their existing kingdom, making sure at least one of its sides connects to a matching terrain type already in play. Each player must fit their tiles into a 5x5 kingdom of their own creation.

Some tiles are inherently worth more points than others creating an obvious advantage to picking first.  Every round the first player is determined by the selections made in the previous round. Those that chose better, or higher numbered tiles in the previous round will pick later in the next round. Players must decide when to use their first player advantage to get the tiles they need, and when to pick less desirable tiles in order to pick first in future rounds.

The game ends when each player has completed their kingdom, and points are counted based on number of connecting tiles and valuable crown symbols. 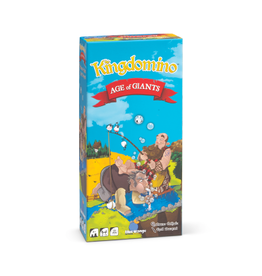 Expansion for Kingdomino. Requires copy of either Kingdomino or Queendomino to play.
Kingdomino: Age of Giants Expansion
$20.00 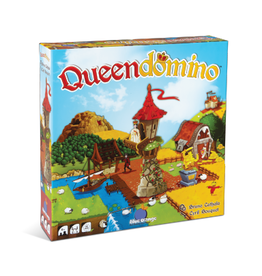 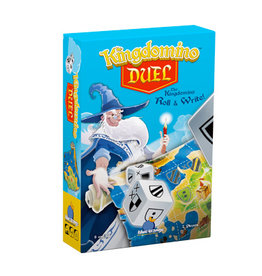