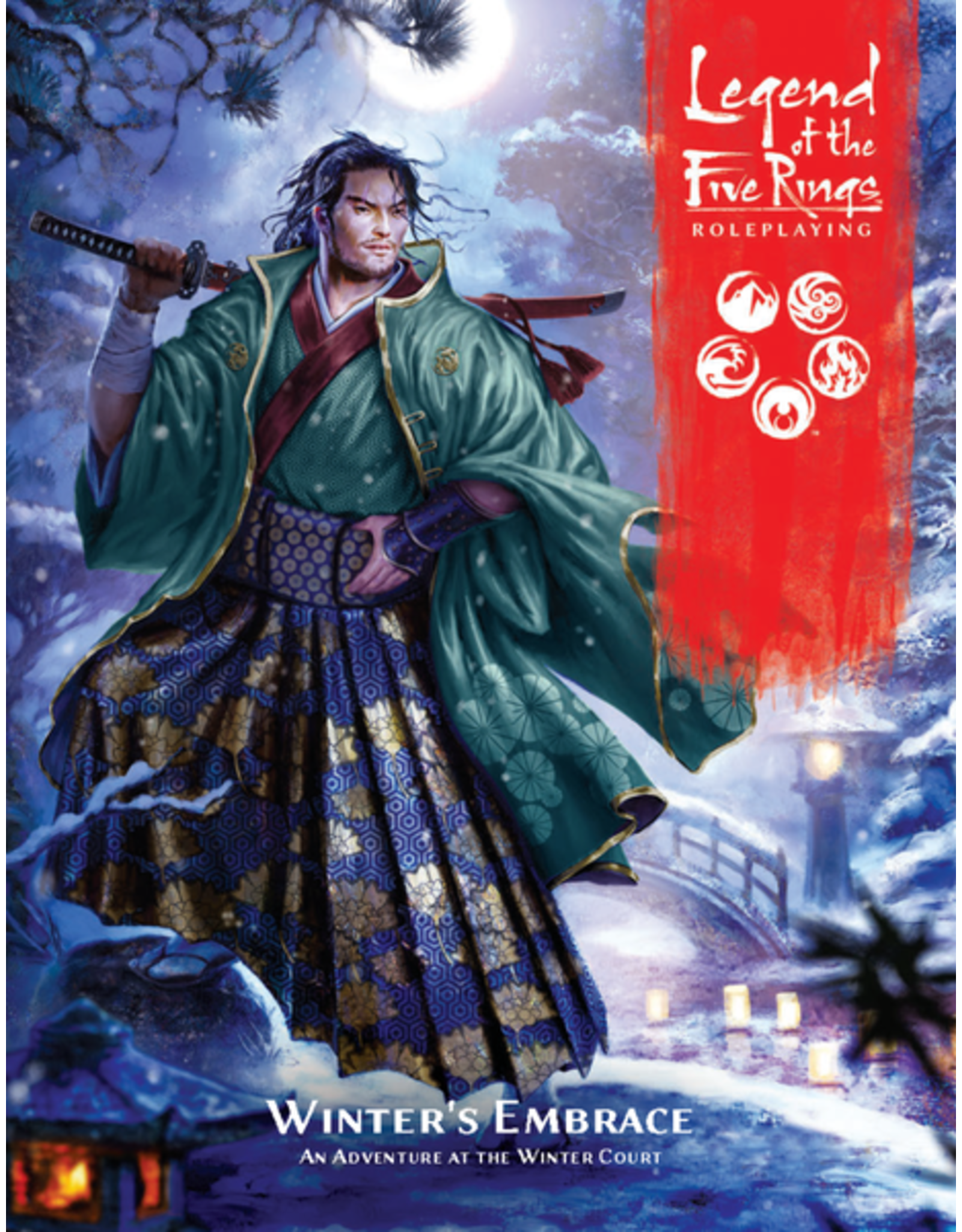 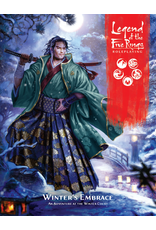 WELCOME TO THE WINTER COURT…

Being invited to the Emperor's Winter Court is daunting enough, but an invitation to tea with the legendary Crane Clan scion Kakita Ryoku thrusts a group of samurai into the thick of a devious scheme. Ryoku sets the group to uncover the truth behind how Yoritomo, the dangerous leader of the Mantis Clan, and his gang of scoundrels secured a coveted invitation. And, more importantly, what dastardly plots does the king of pirates hope to accomplish now that he's here?

Take your players into the beautiful grounds of Kyūden Doji with Winter's Embrace. This adventure introduces players to the hazards of court politics, though there is much more to be wary of than duplicitous deals and poisonous rumors. As plots play out and the players get closer to the truth, they find a whispered word can kill as surely as a katana's stroke… 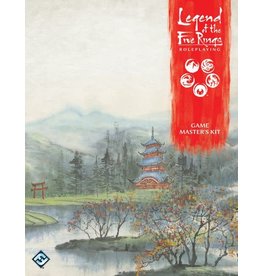 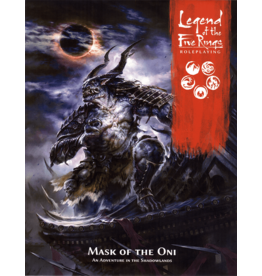