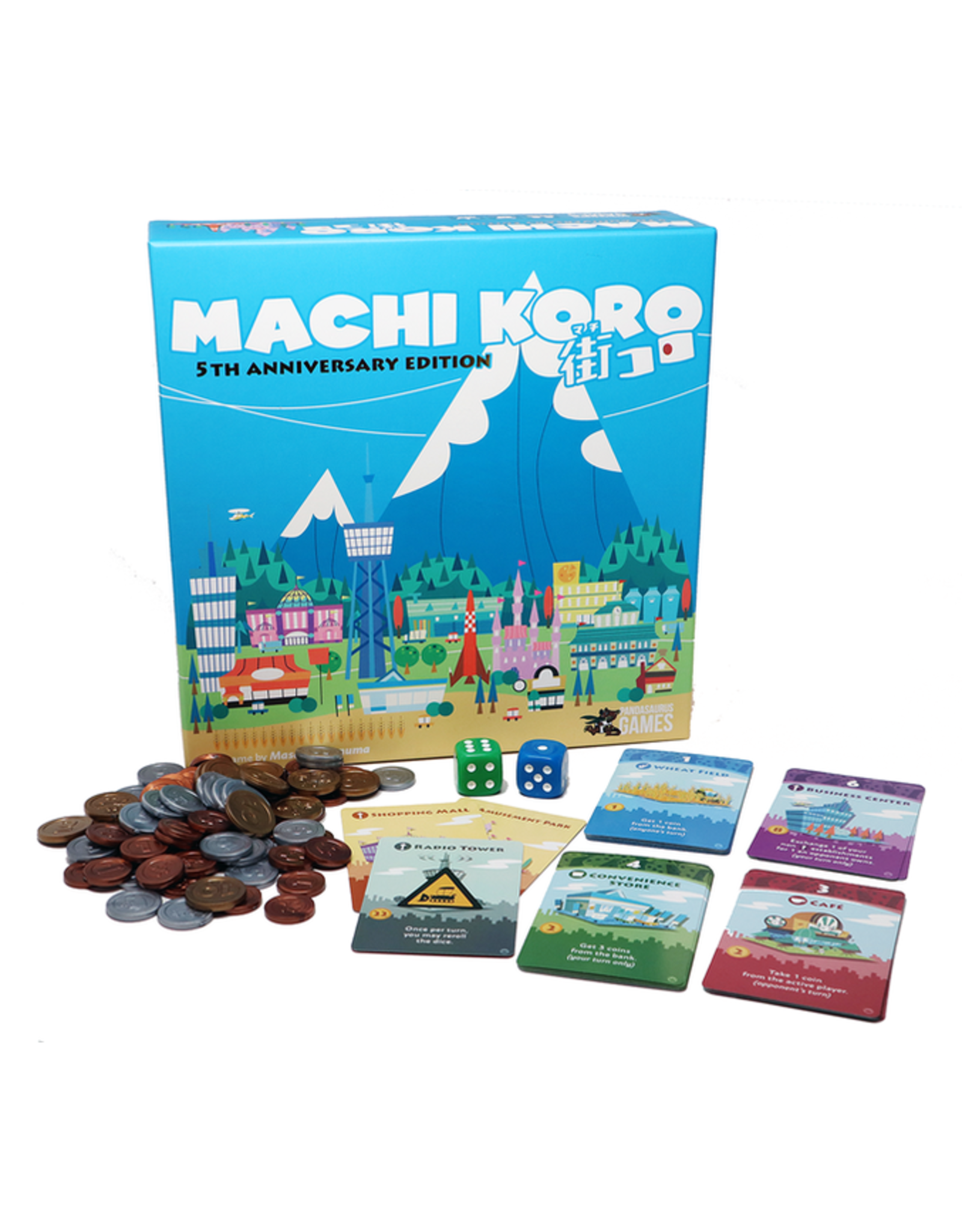 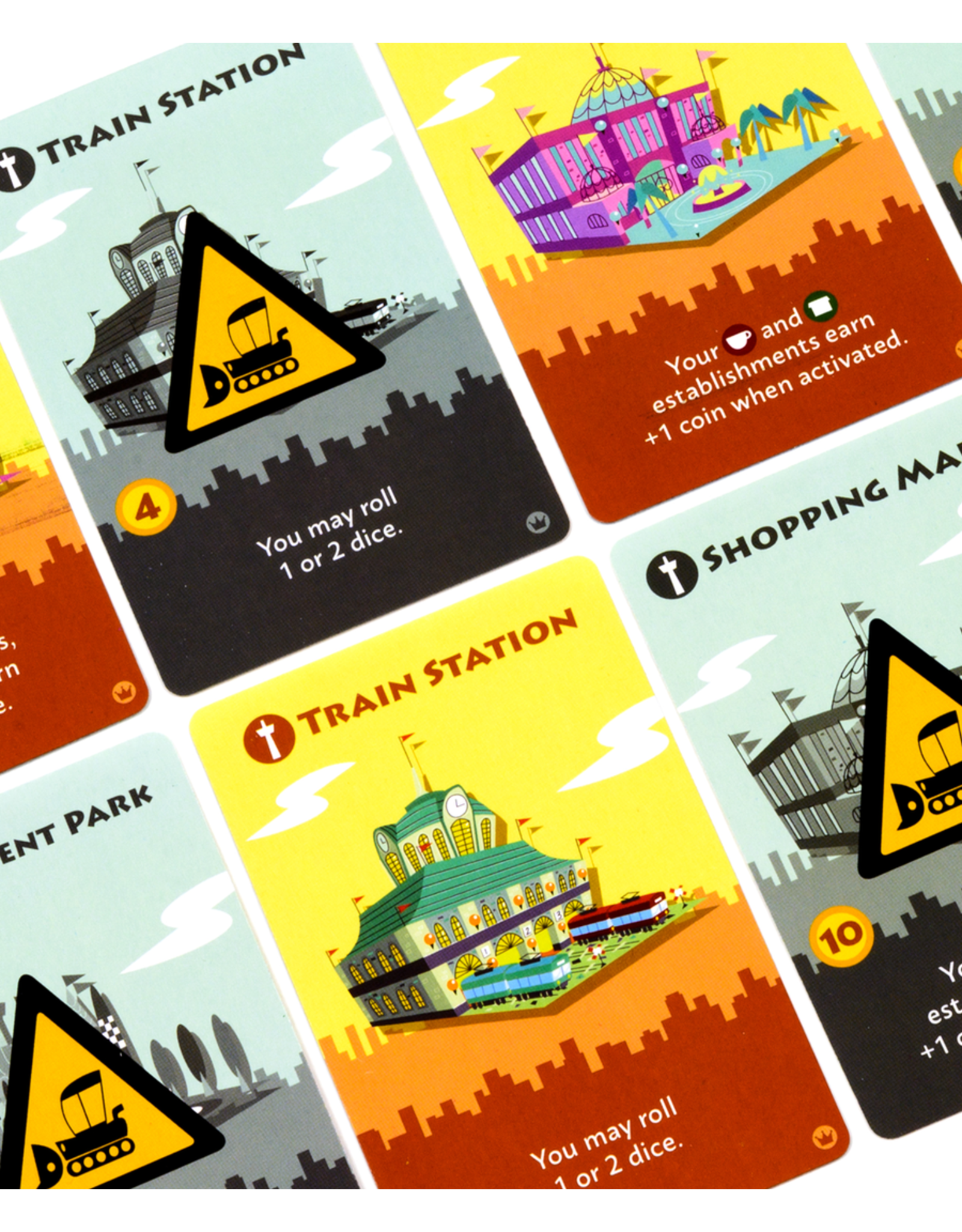 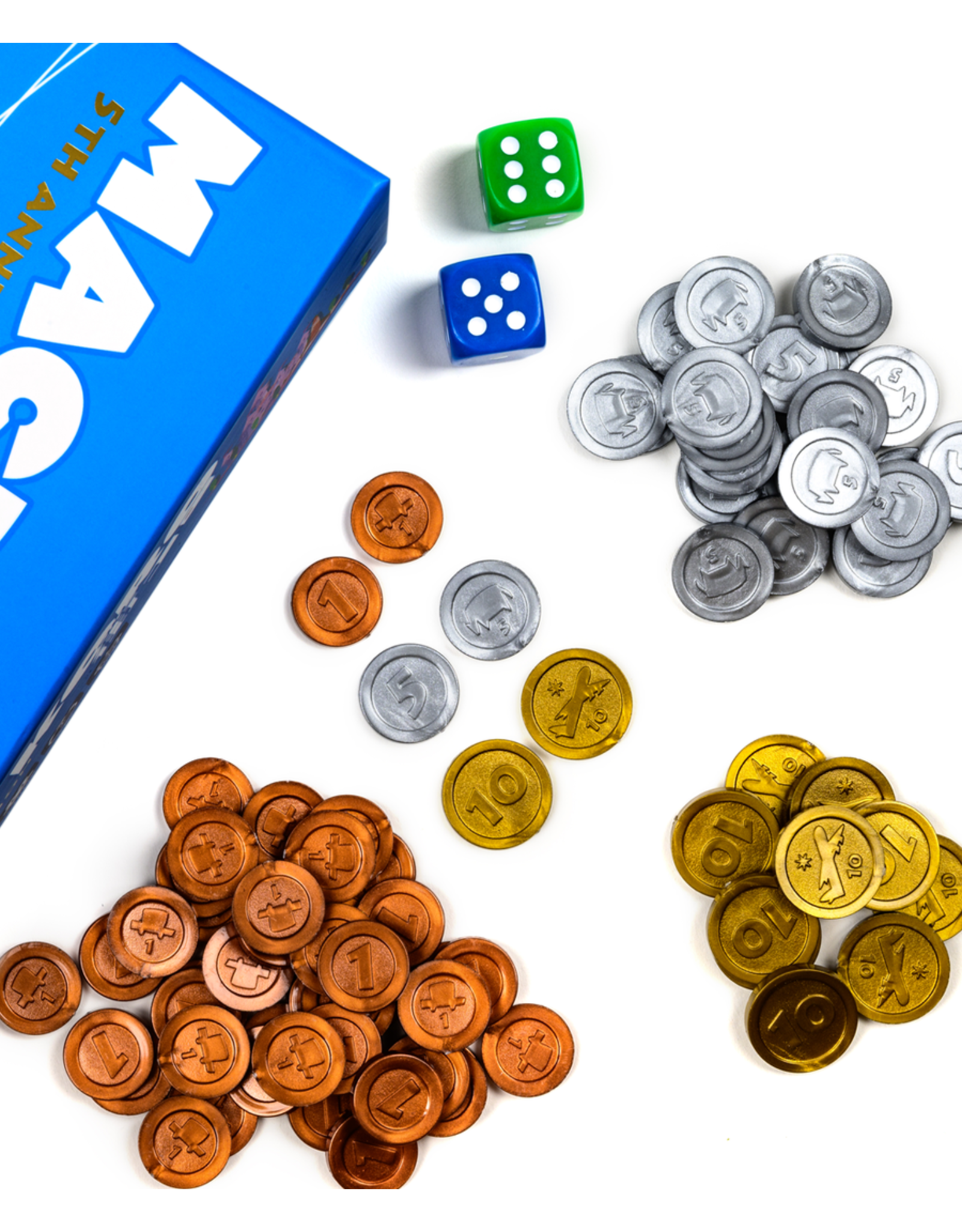 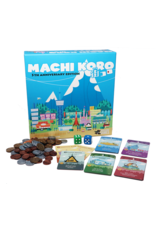 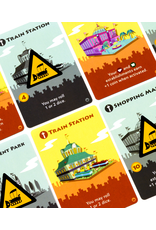 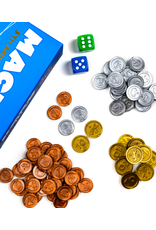 Machi Koro is the biggest smash-hit from Japan with more than 250,000 copies sold and multiple game of the year nominations and wins, it's a simple game that every family and gamer should have in their collection!

Welcome to the city of Machi Koro. You've just been elected Mayor. Congrats! Unfortunately the citizens have some pretty big demands: jobs, a theme park, a couple of cheese factories and maybe even a radio tower. A tough proposition since the city currently consists of a wheat field, a bakery and a single die.

Armed only with your trusty die and a dream, you must grow Machi Koro into the largest city in the region. You will need to collect income from developments, build public works, and steal from your neighbors' coffers. Just make sure they aren't doing the same to you! 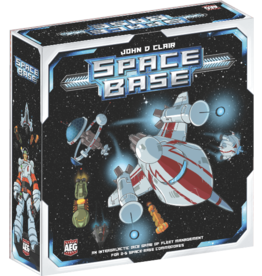 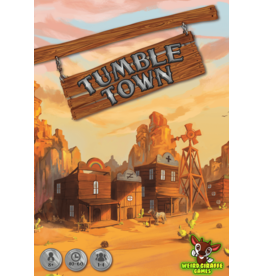