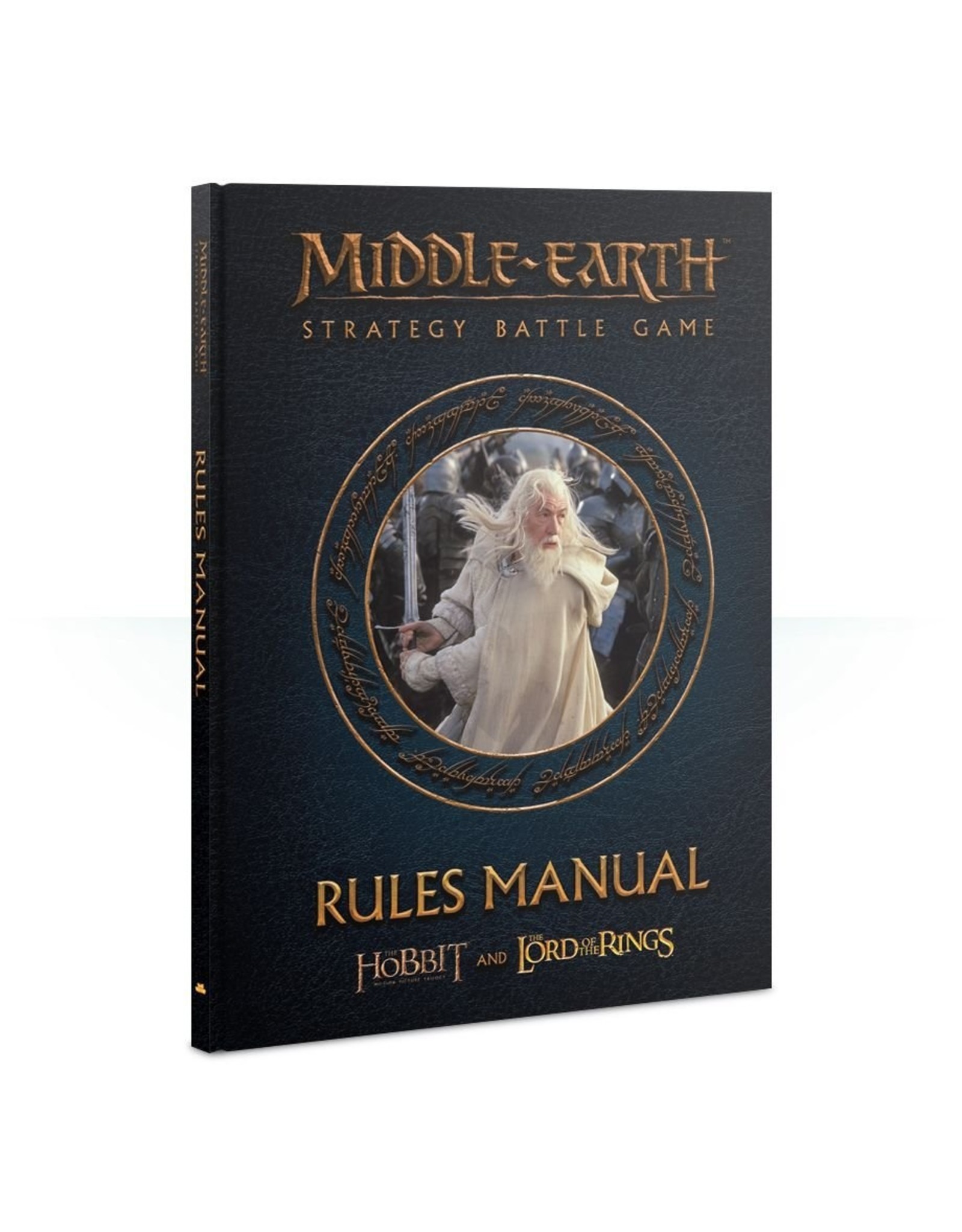 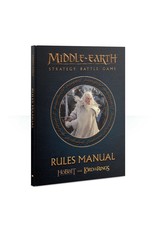 The Middle-earth Strategy Battle Game is the tabletop game for 2 or more players that allows you to play through the events from The Lord of the Rings™ and The Hobbit™ with your collection of Citadel and Forge World models. Take control of your favourite heroes, villains and armies, recreate scenes from the movies and books, and gather your forces together to do battle with your opponent in a test of wits and prowess. This 208-page hardback rules manual is a comprehensive guide to the hobby of building, painting and playing games with your Middle-earth models, whether you choose the forces of Good or Evil.

This section features an overview of the wider hobby of collecting, painting and playing with Middle-earth miniatures, from the very basics of choosing your army, the items you need in order to run games, setting up your battlefield and understanding the rules and profiles you’ll use in-game.

Here, you’ll be taken through the meat of the Middle-earth Strategy Battle Game – the actual rules that you’ll use to play:

- Basic Principles: a primer on the fundamental concepts and terms used in the book, this section briefly explains a few things that the newcomer may find daunting;
- Turn Sequence: each turn is divided into 5 phases – Priority, which determines who acts first, Movement, which covers moving your models on the tabletop, interacting with terrain and using control zones, Shoot, which covers ranged attacks, Fight, which covers close combat, and Courage, in which your models are tested to see if they stand their ground or flee in terror;
- Monsters: while their basic rules are typically the same as those for other models in the game, Monster models are particularly powerful – this section covers their special rules. This includes War Beasts, huge creatures ridden into battle, crushing the foe as they march on;
- Weapons & Wargear: split into 4 subsections – close combat, missile, equipment and armour – this section explains the variety of weapons and wargear available to your models, and the impact your choices will have on your tactical decisions;
- Magical Powers: certain models have the ability to cast magical powers, and this section explains targeting, casting and resisting those powers during the Move phase, with a list of every Magical Power available to cast;
- Special Rules: this section collects together all the passive and active Special Rules which can appear on model profiles, compiled for easy reference;
- Advanced Rules: found in certain Scenarios, these rules – covering water features, sentries, passengers and carrying objects – come in handy when recreating scenes from the history of Middle-earth;
- Siege Engines: rules for fielding these immense and obvious threats, covering their movement, firing, upgrades and crew (and their ability to launch severed heads as ammunition…);
- Sieges: throughout the history of Middle-earth, many sieges have taken place – here are the basic rules for creating your own sieges with your models.

Narrative Play games allow you to recreate your favourite battles and scenes from both the books and the films, using your collection of Citadel and Forge World models. Each Scenario – found in The Armies of The Lord of the Rings™ and The Armies of The Hobbit™ – has a selection of special rules that balance them, providing an experience closely matching the scenes from the books and films.

With no restrictions whatsoever, Open Play games have unlimited creative potential, and are perfect for beginners and veterans alike. Simply get your collections together and dream up your own scenarios – any combination of army fighting any other combination of army, on a playing field of your own devising with objectives unique to your game – the possibilities are literally endless.

In Matched Play games, you and your opponent gather your forces of heroes and warriors from your collection, up to an agreed points limit, before unleashing your armies for the fate of Middle-earth. This section includes advice on building an army to a points limit, determining the size of the games you want to play, Alliances, wargear limits, initial priority, objectives, and Heroic Tiers – the respect and loyalty that Heroes command.

The Armies of Middle-earth

This section is an inspiring showcase of beautifully painted miniatures from across the Citadel and Forge World ranges, showing you just what is possible when painting your own.

4 example armies – Minas Tirith, Isengard, Defenders of Erebor, Azog’s Hunters – showing you how the army was built, the points values they represent and the rules they can leverage.