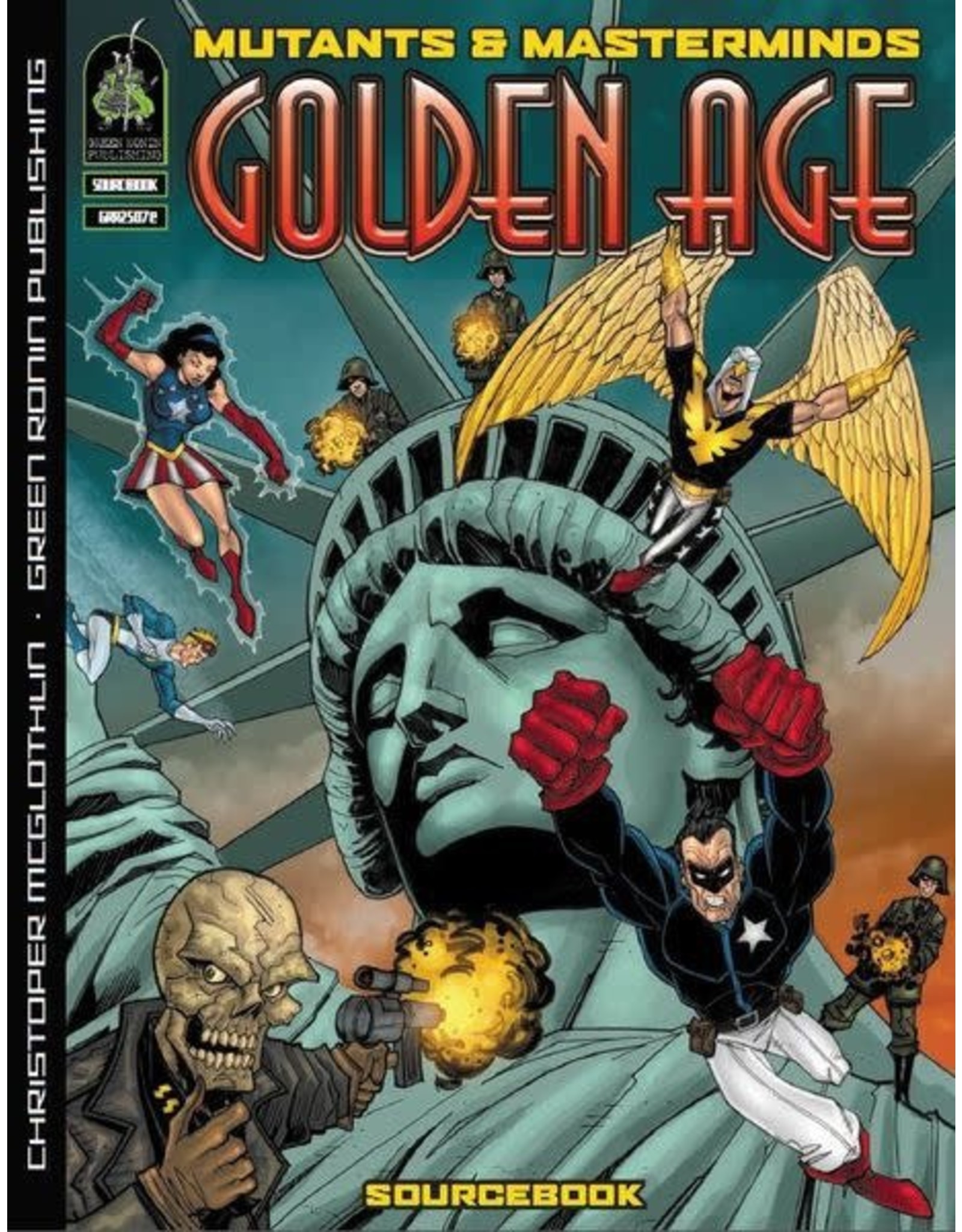 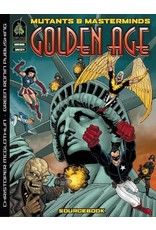 They didn't call it the "Golden Age" of superheroes for nothing: the 1930s and '40s gave us the most famous and enduring icons of the comics as well as the greatest battle between good and evil in the 20th century.

With Golden Age, you can take your Mutants & Masterminds games back to that bygone era: play the world's very first heroes, defenders of freedom and democracy in a world on fire, engulfed in war. Golden Age presents a complete history of the Golden Age of comic books, and then shows you how to re-create those exciting tales with the World's Greatest Superhero RPG. It has an overview of the Golden Age era, guidelines for building Golden Age heroes (along with ready-made hero archetypes), and all the information you need to set up and run your own Golden Age series. It also includes a complete look at the Golden Age era of the four-color Freedom City campaign setting.

Thrill to the adventures of the Liberty League and the Allies of Freedom, battle the Nazi Übermensch and Hitler's super-soldiers, along with the sinister plots of the Invisible Empire and the occult Thule Society. Fight on the front lines or protect the home front and, keep 'em flyin', hero! 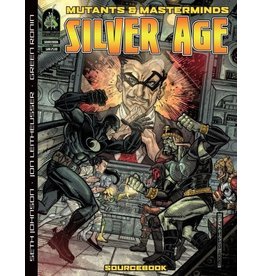 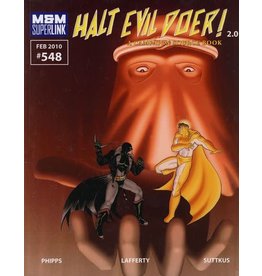