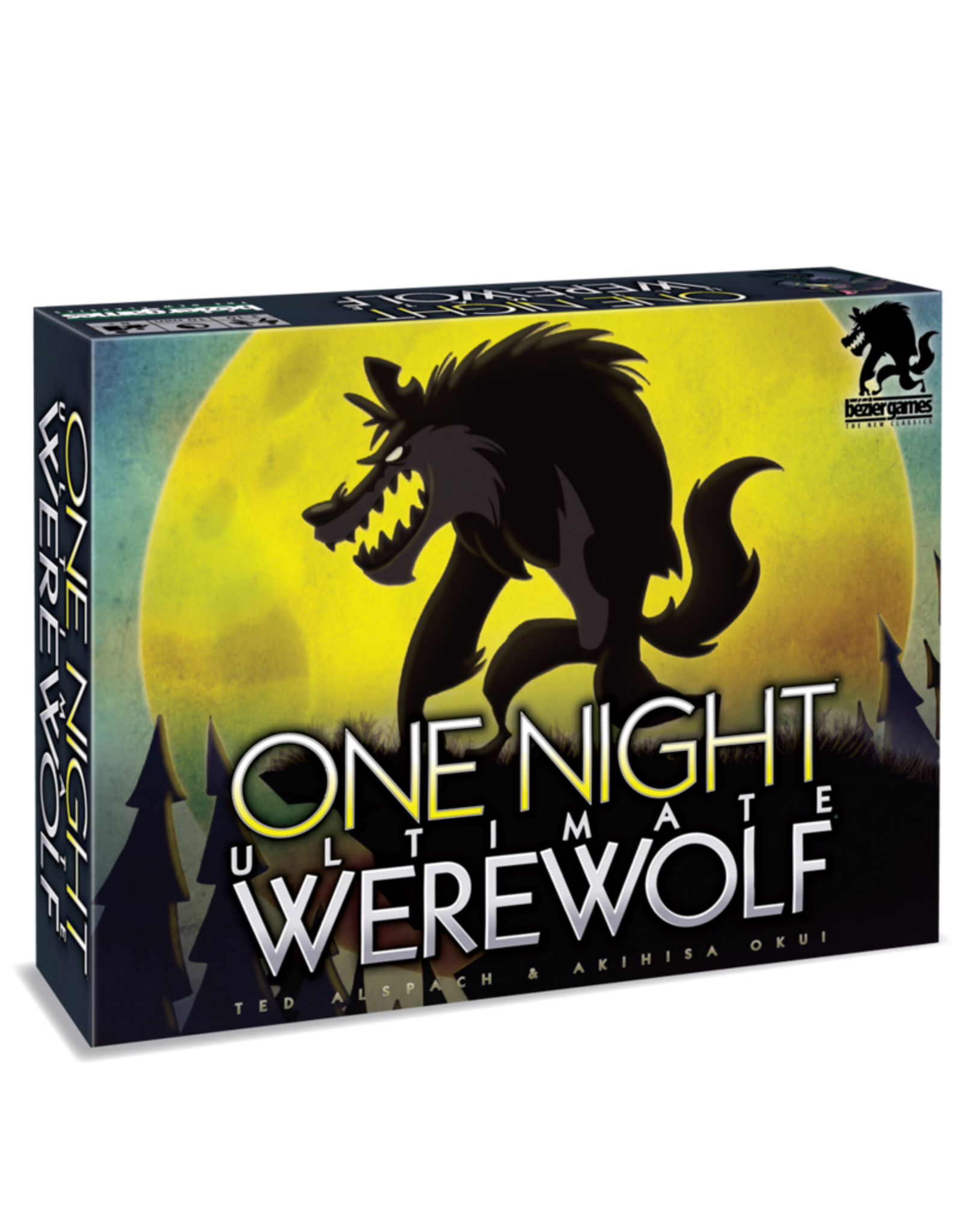 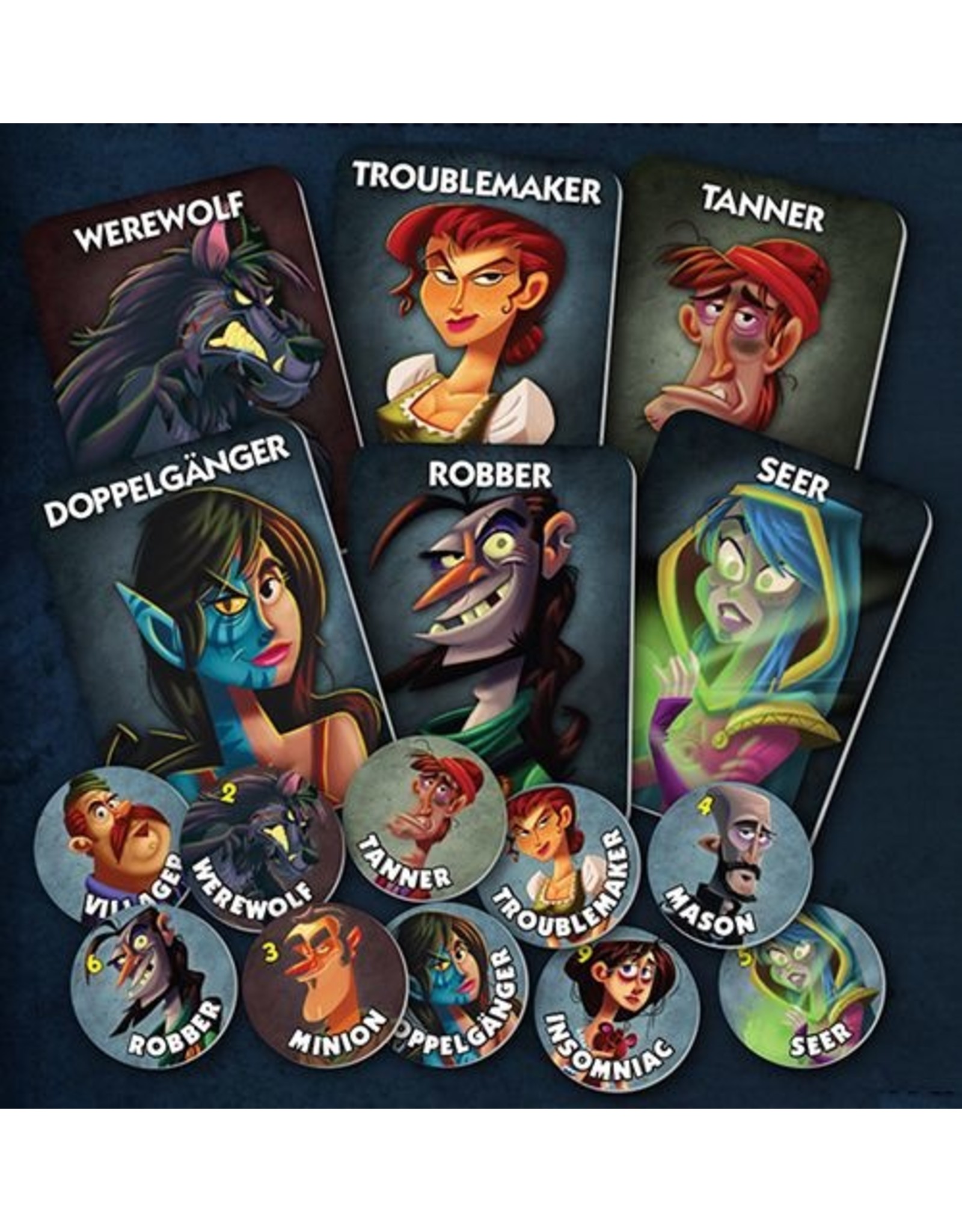 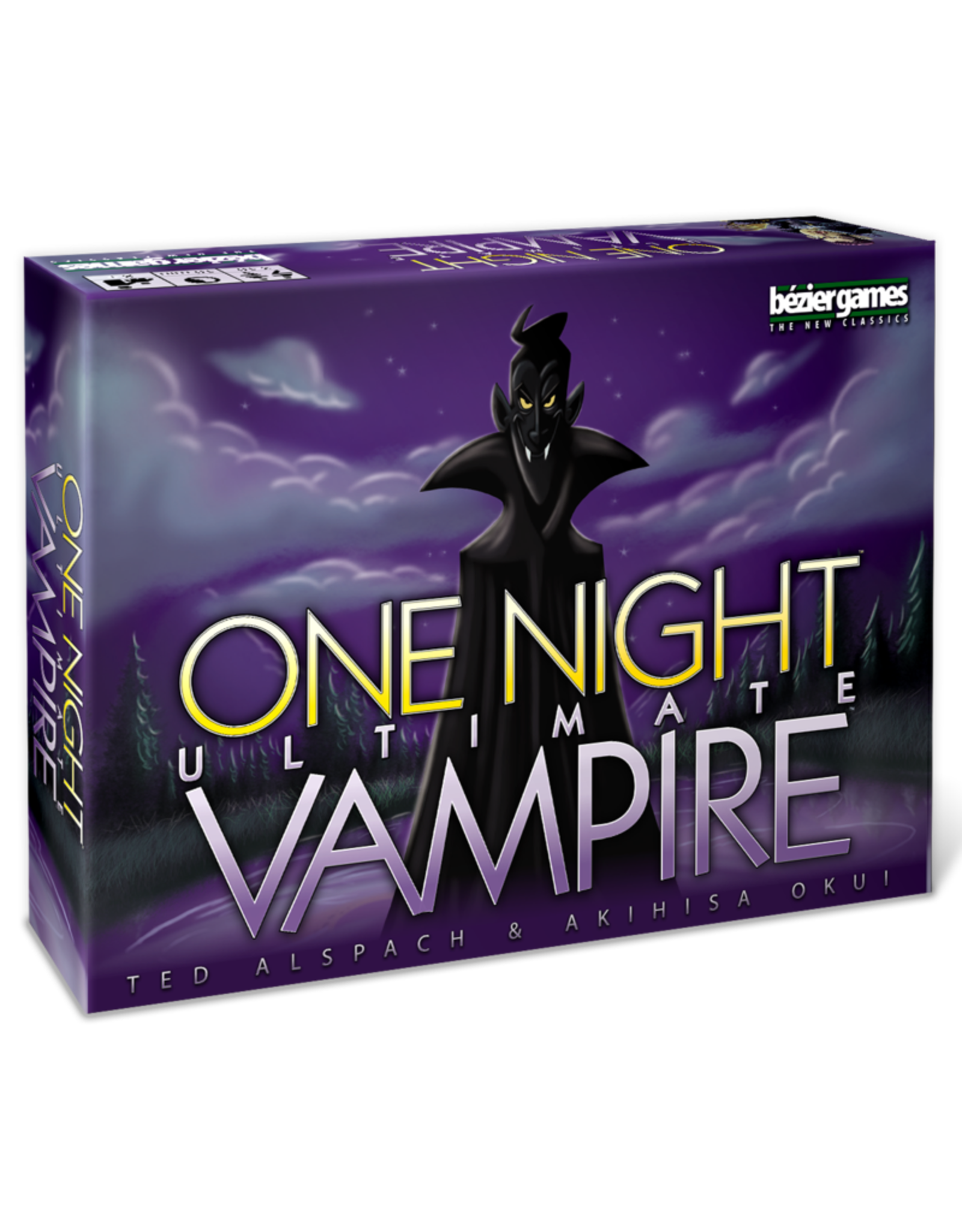 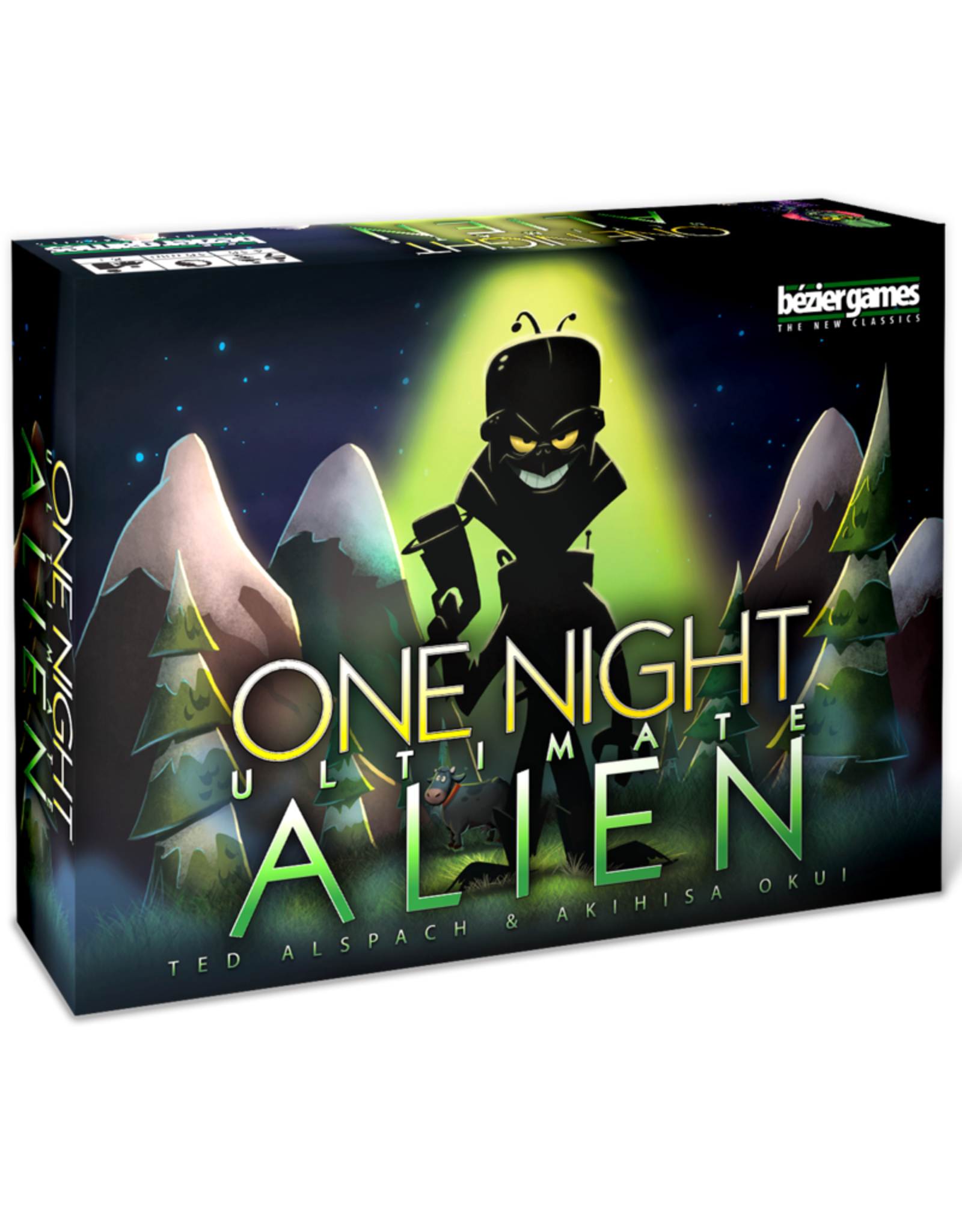 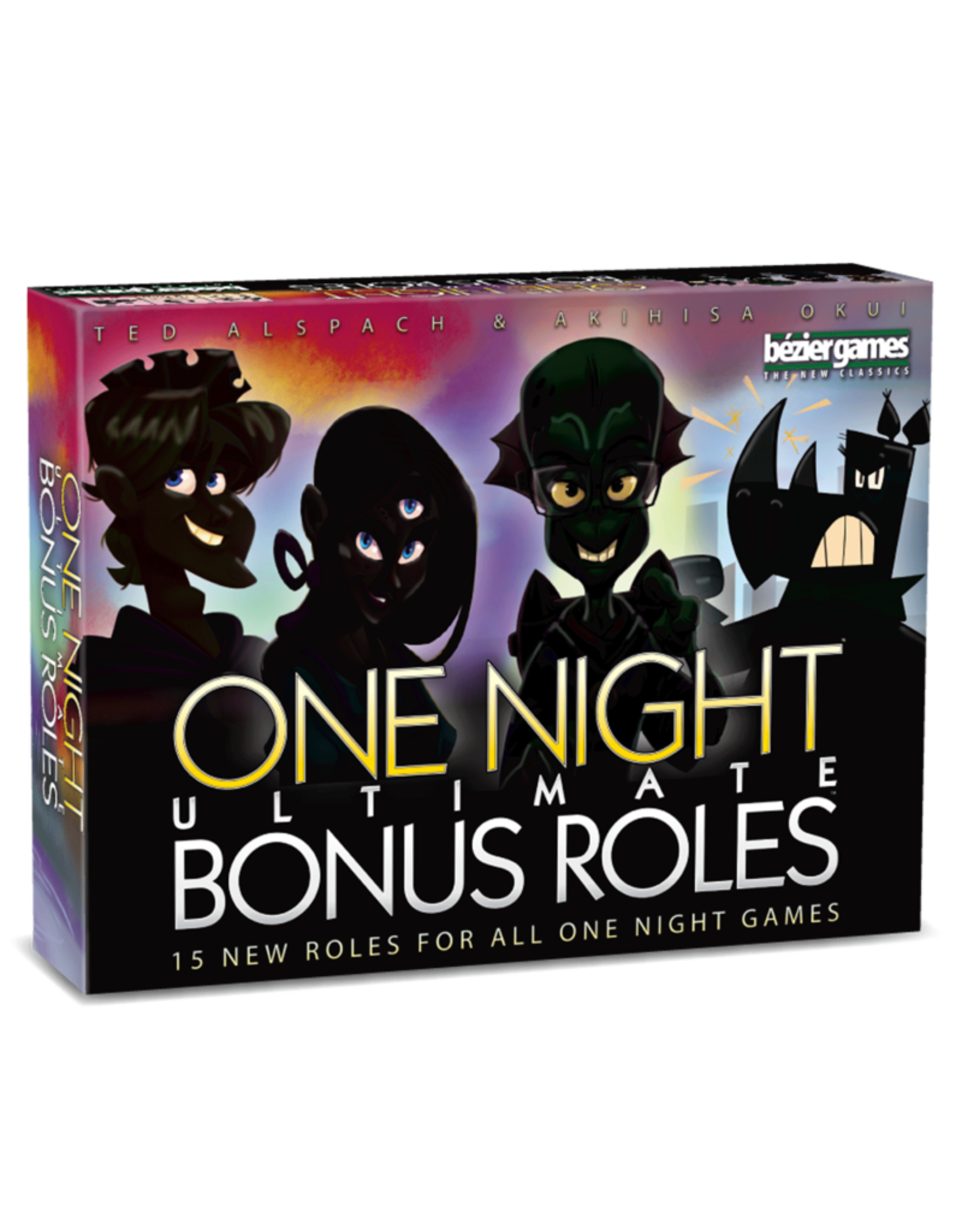 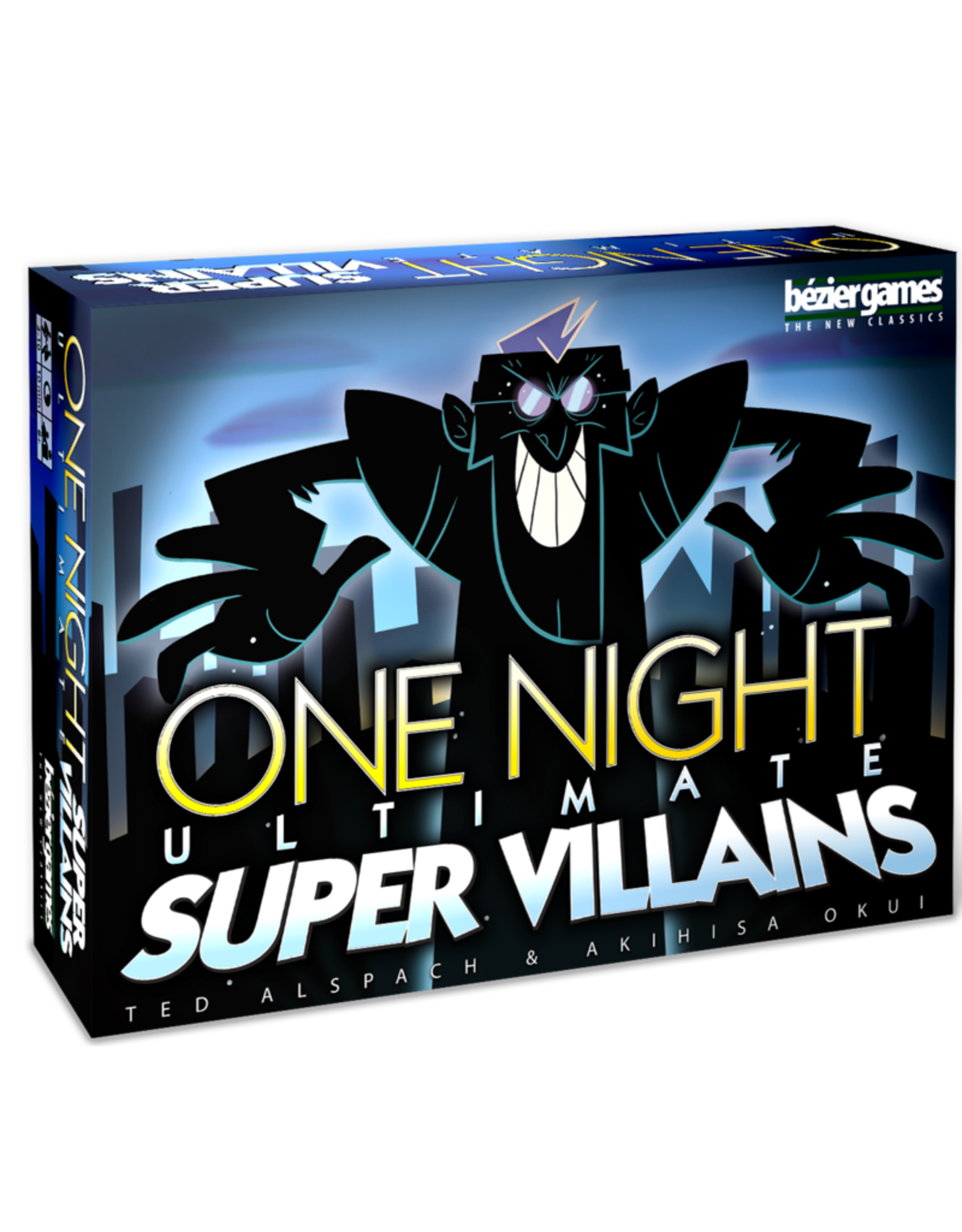 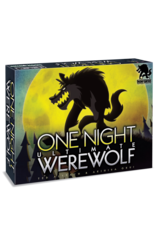 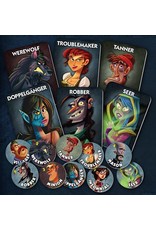 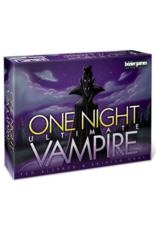 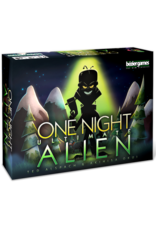 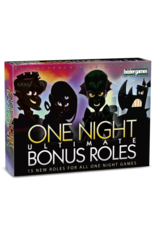 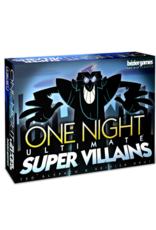 No moderator, no elimination, and nowhere to hide.

The One Night Series is a fast-paced set of games for 3-10 players where everyone is dealt a secret role. Many of these roles have special abilities that will aid that player in gaining information.  In the course of only one night and the following morning, the players will determine who among them is a secret villain...hopefully. Each set can be combined with other games in the One Night Series for epic battles! Each set contains not only a unique theme but unique characters and abilities as well.

The original One Night Ultimate Werewolf is a condensed version of the party game Ultimate Werewolf that does not require a moderator (old-school campers may be familiar with a version called Mafia). There's no elimination, and each game lasts about 10 minutes. 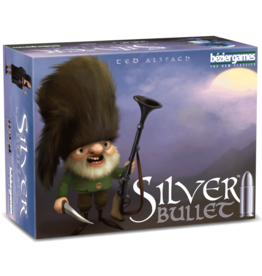