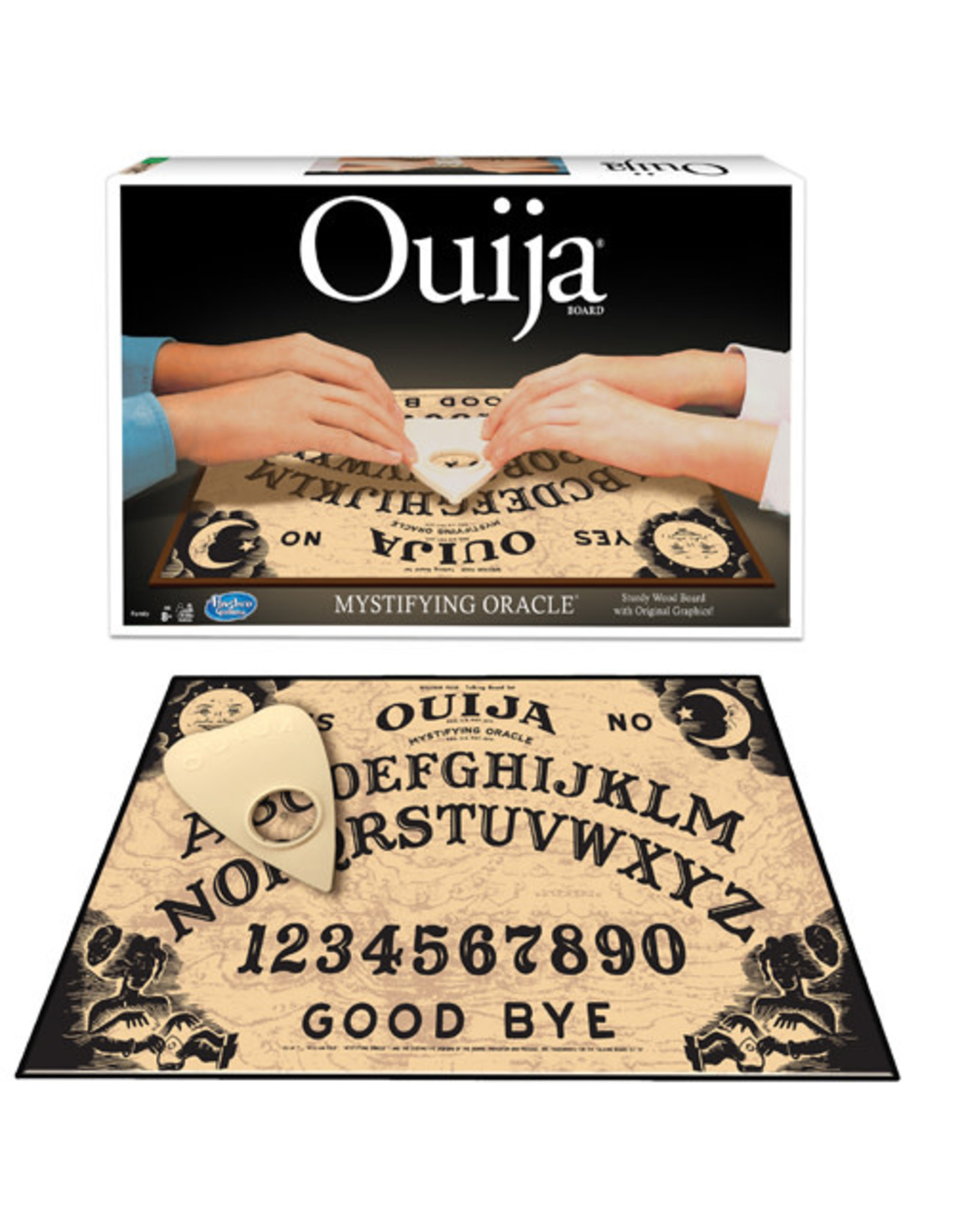 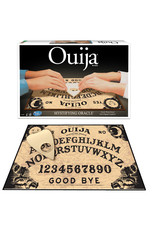 Whether you call it Wee-Gee or Wee-Ja, the Classic OUIJA® board spells fun! Just ask it a question and wait to see what the answer the Mystifying Oracle will reveal to you. Includes a THICK WOOD board!!

The Ouiji, also known as a spirit board or talking board, is a flat board marked with the letters of the alphabet, the numbers 0–9, the words "yes", "no", and occasionally "hello" and "goodbye", along with various symbols and graphics. It uses a planchette as a movable indicator to spell out messages from the other side. Participants place their fingers on the planchette, and it is moved about the board to spell out words.

Following its commercial introduction in 1890, the Ouija board was regarded as an innocent parlor game unrelated to the occult until American spiritualist Pearl Curran popularized its use as a divining tool during World War I. Spiritualists, who attempted to contact the dead through talking boards, believed spirits moved the planchette to communicate with the living.