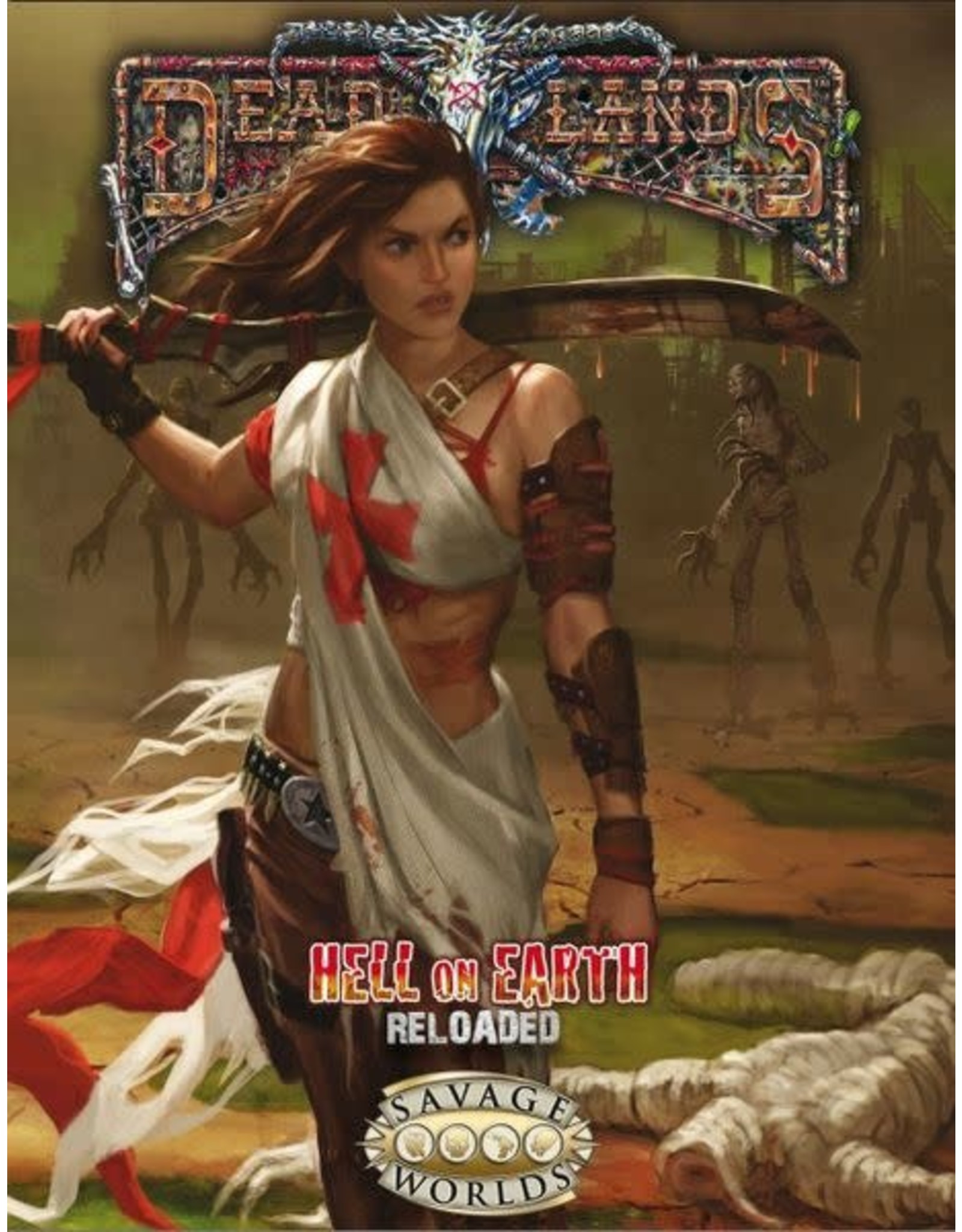 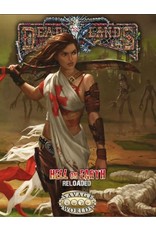 The end isn’t nigh—it’s past! Welcome to Hell on Earth Reloaded, the dark future of the strange past of Deadlands.

The year is 2097, but the future is not our own. The long Cold War between the United and Confederate States of America finally came to an end—in world-wide hellfire. The rain of ghost rock bombs shattered most anything man could call civilization, cracked the space between this world and the next wide open, and birthed a true Hell on Earth.

But that was 16 years ago, and we’ve done the one thing we’re pretty good at—survive in spite of ourselves. Sure, some folks have some extra limbs, you’re likely to get killed for the scraps in your pocket, and everything east of the Mississippi is overrun with a crazed army of undead, but what other option do you have?

Join us in this dark future, where what remains cries out for new heroes while hiding from old—even ancient—villains. Has your body been wracked by the constant radiation exposure, or have you learned to channel the lingering power of the atom to your will? Remake the world as you wish. Hell, you can’t make it any worse…

Hell on Earth Reloaded contains everything you need to run endless adventures in the post-apocalyptic Wasted West with the Savage Worlds game system: new Edges, Hindrances, new Arcane Backgrounds, copious information about the various locales, races, and mysteries of the Wasted West, and dozens of creatures and nefarious foes.

Hell on Earth Reloaded is the sequel to the Weird Western, Deadlands Reloaded, and the newest version of the original Hell on Earth game line.